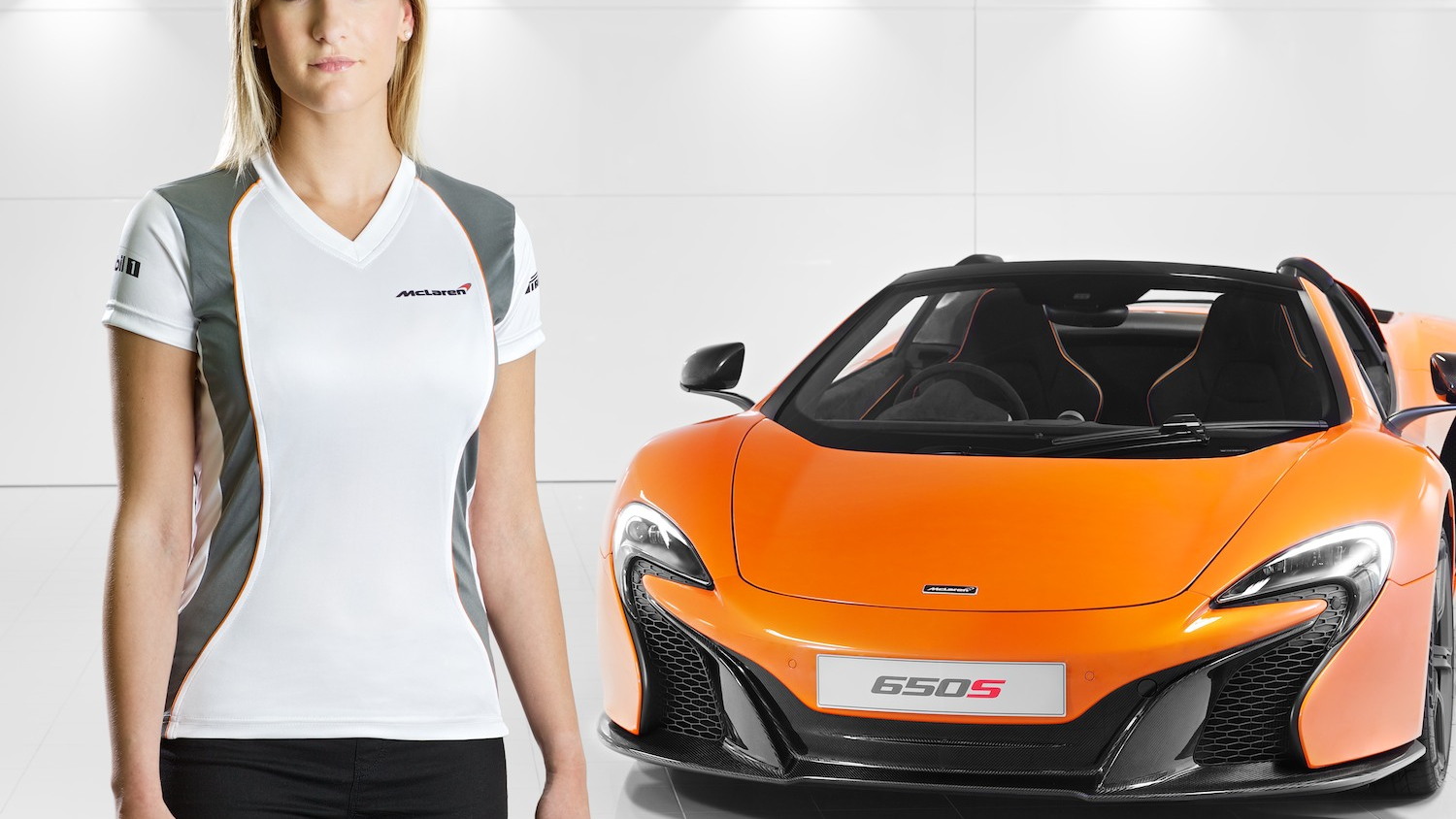 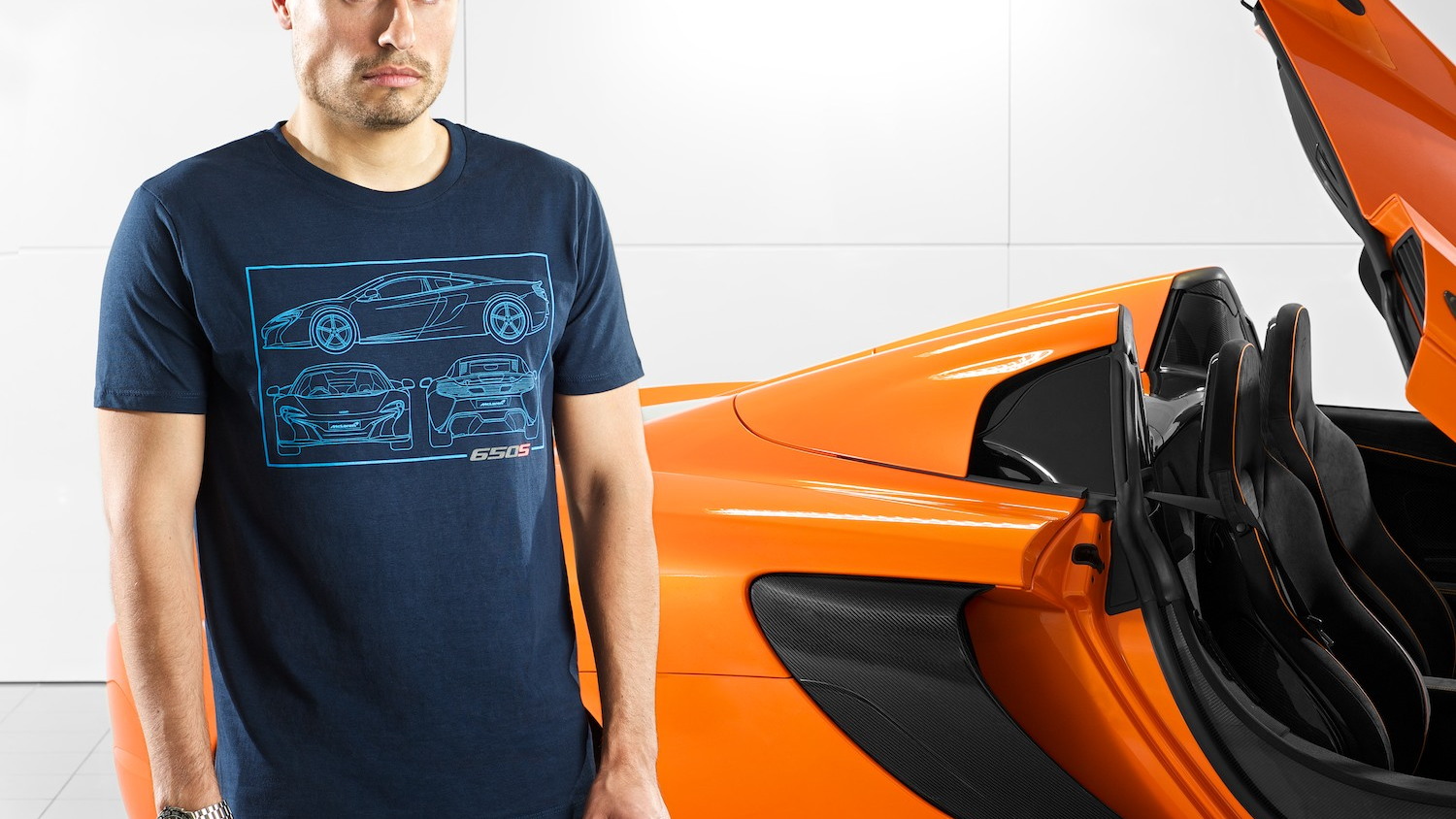 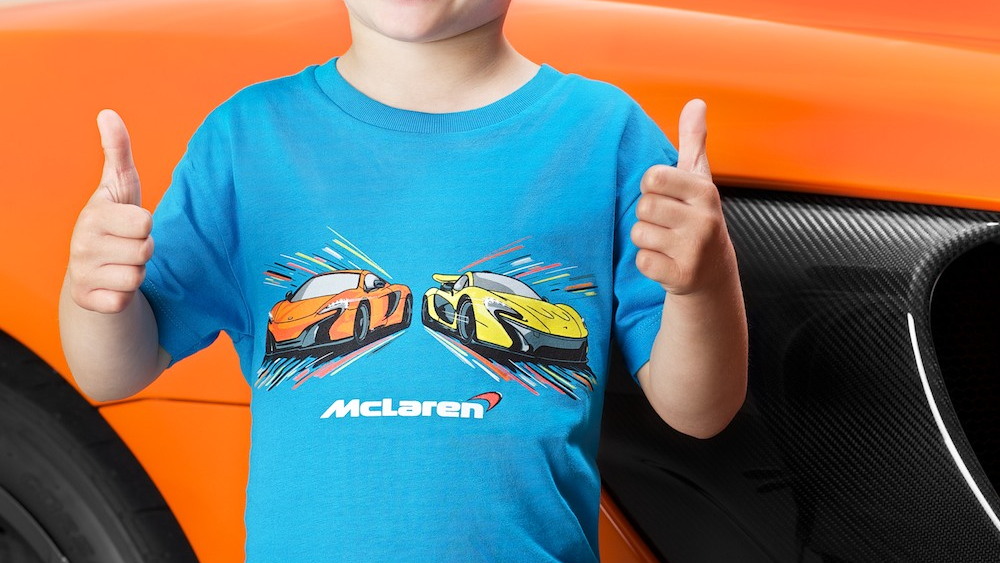 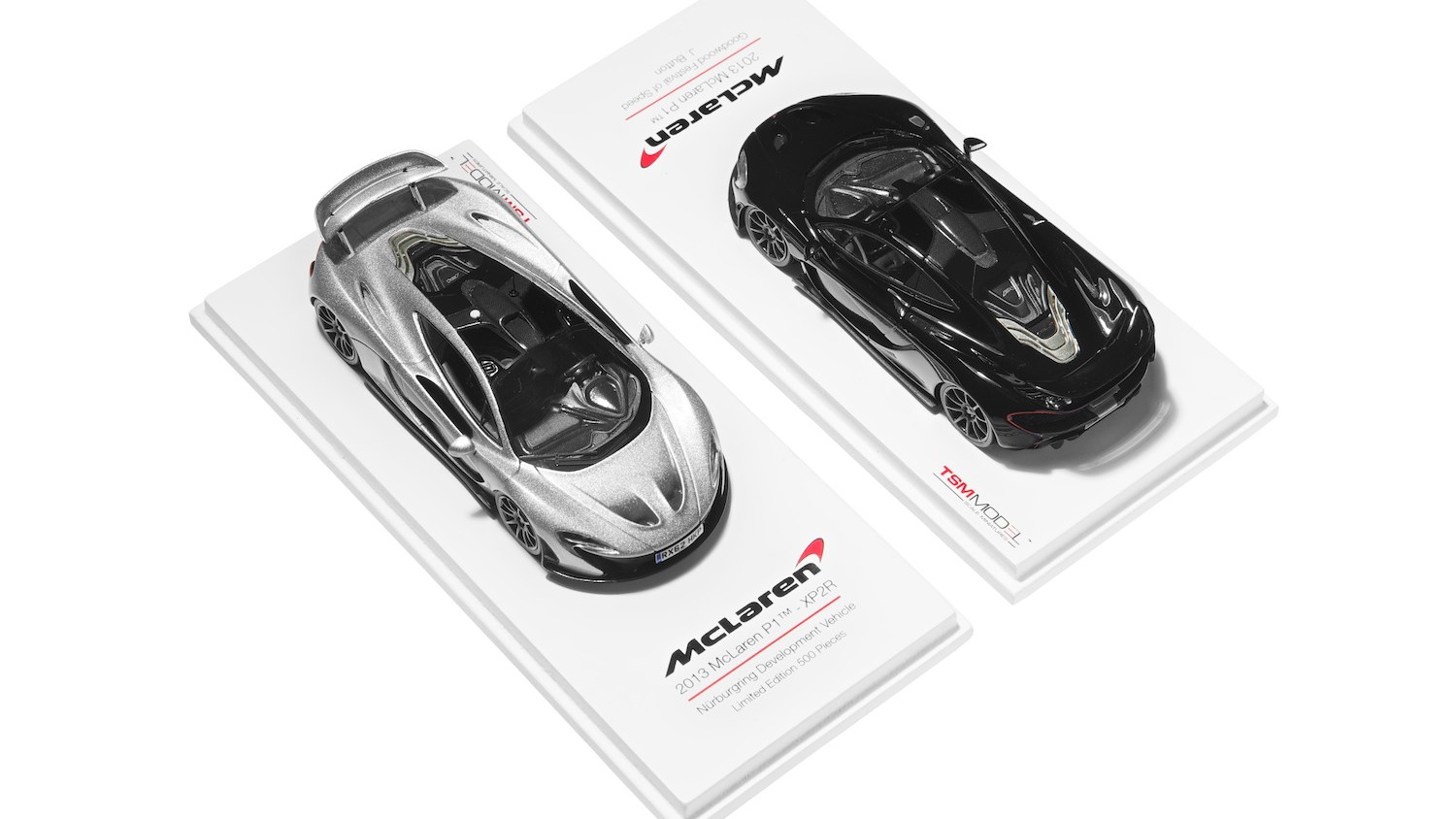 4
photos
Not everyone can afford one of McLaren's 650S or P1 supercars, but there's still a way to show brand loyalty. The British race team and automaker has leaped onto the branded-accessory bandwagon, first with a line of MP4-12C swag, and now with a new line unveiled just in time for the 2014 Goodwood Festival of Speed.

So if you can't afford the $1.15 million estimated price of a P1, how about a scale model instead? McLaren will offer two, one in the same Amethyst Black as the P1 that ran up the hill at Goodwood last year, and one in Supernova Silver like the car that completed a sub-seven minute lap of the Nürburgring-Nordschleife. Both models are 1:43 scale and were created using CAD data supplied by McLaren's designers.

If you're a bit more practical, there's also a new McLaren clothing line. It includes a "Team" t-shirt and jacket similar to what's worn by McLaren technicians, as well as a black embroidered cap. There are also t-shirts featuring the 650S and P1, and a kid's shirt with both.

The new merchandise line is finished off by a selection of three McLaren lapel pins, and a key ring made with the same leather used in the P1's bucket seats.

These items will initially be offered at McLaren's Goodwood booth, but expect them to show up in the company's online store at some point as well.