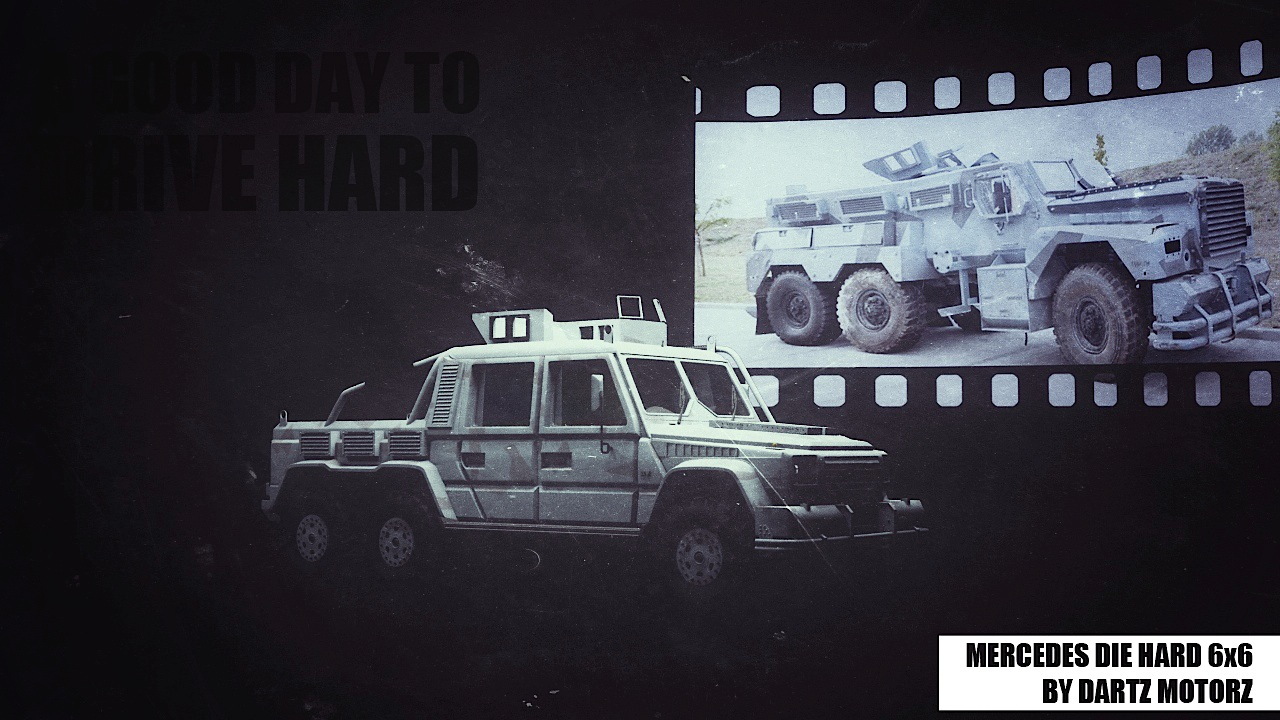 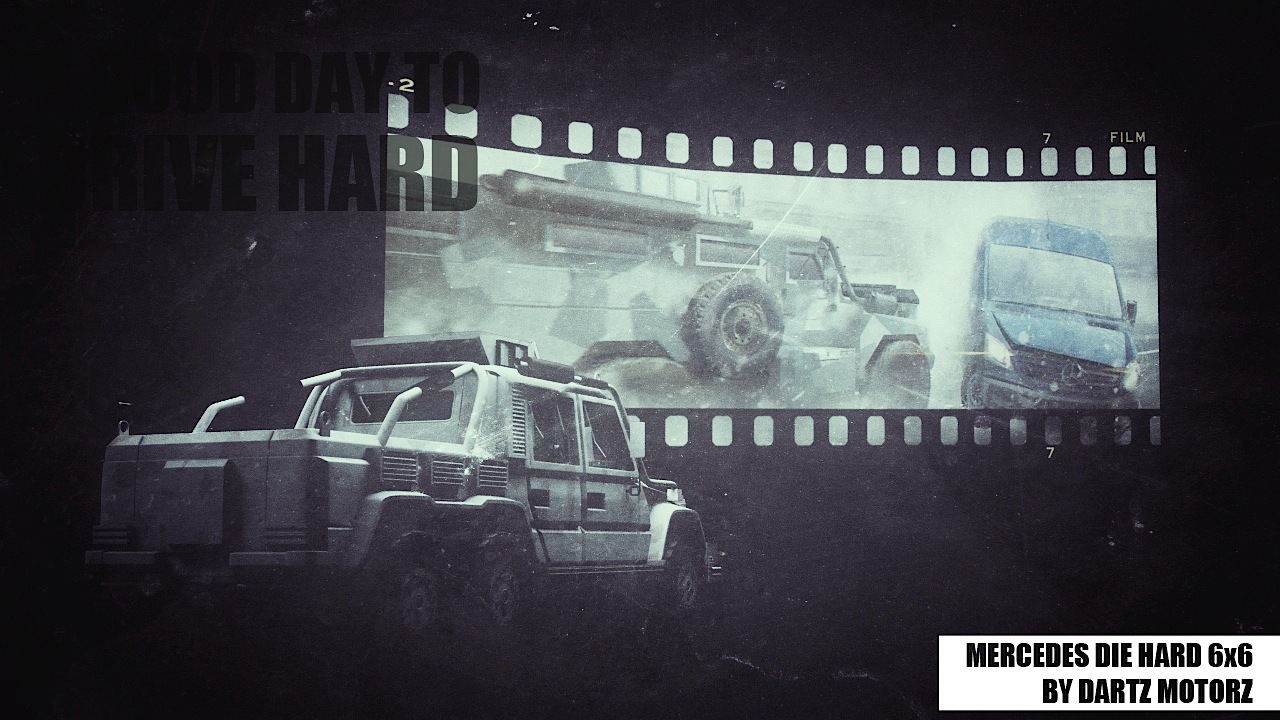 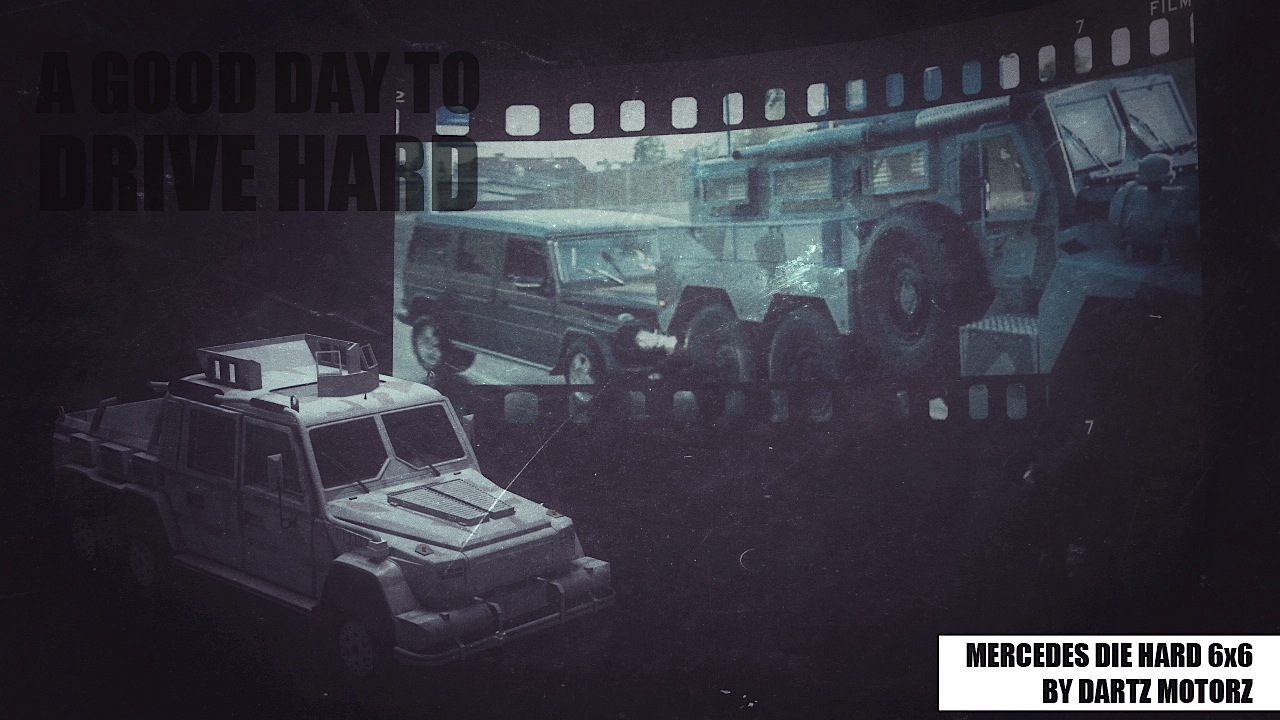 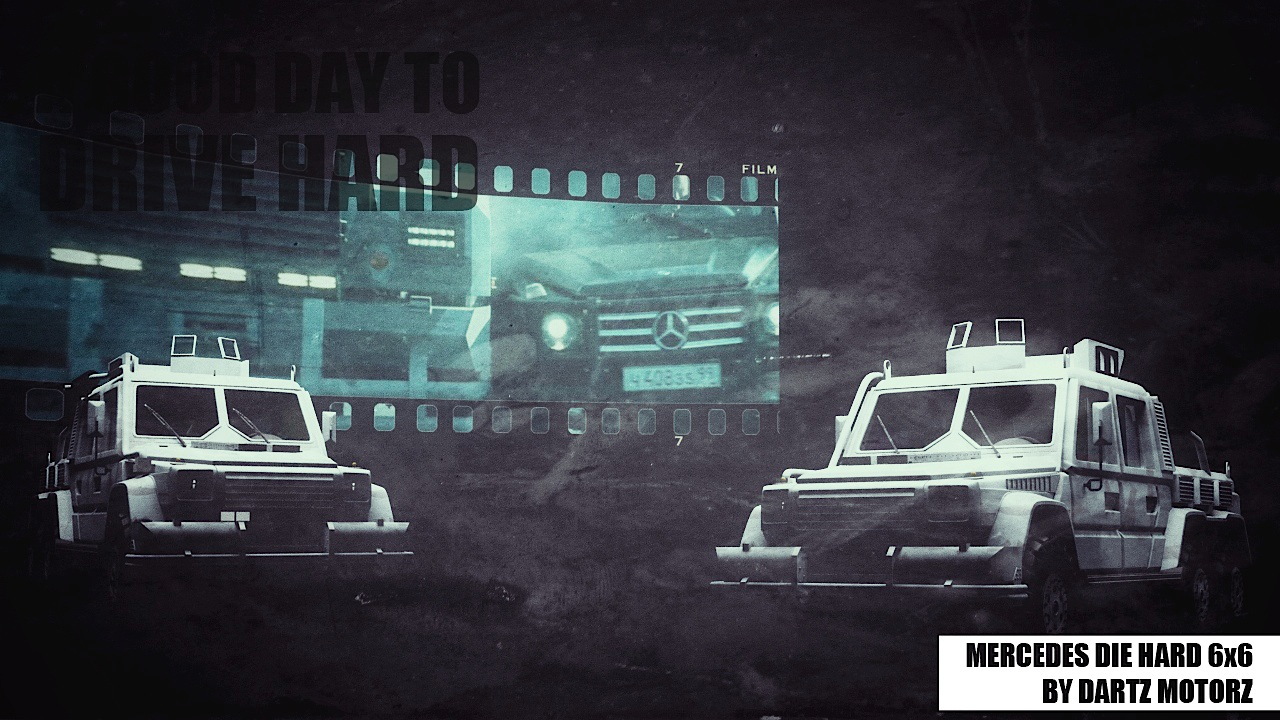 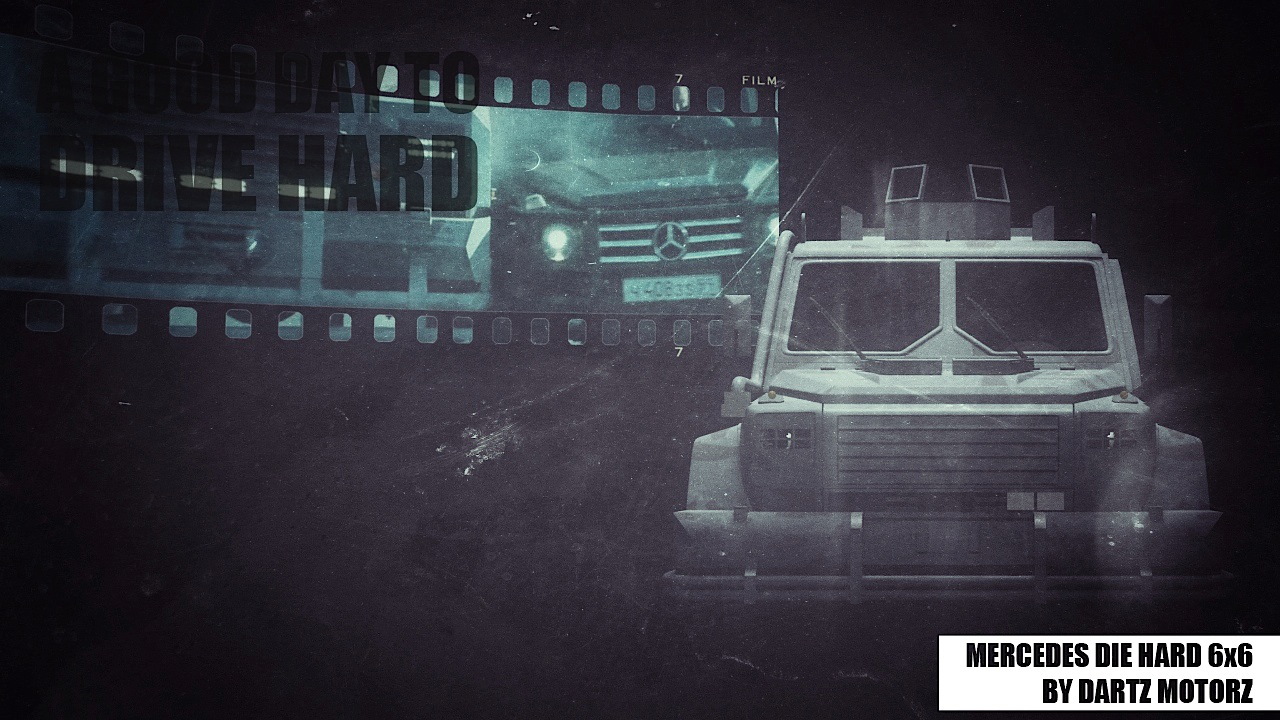 6
photos
While Dartz has moved on from its days peddling whale-penis leather (or at least they haven’t bragged about it in a while), the Latvian tuner company has turned its eye toward the Mercedes-Benz G63 AMG 6x6. This time, with an eye for re-creating a movie car: The MRAP from Die Hard 5.

Called the Drive Hard 6x6 G, this special movie-inspired SUV creation isn’t just for show. The armored Drive Hard wears B8-grade armor making it resistant to all small arms fire and even the smaller range of bombs and IEDs.

MUST SEE: Ford Sends A 2015 Mustang Into SPACE

With the addition of that B8 armor, the Drive Hard’s curb weight climbs from the roughly 8,500-pound G63 AMG 6x6’s factory figure to something around 11,000 pounds. To help hoist that heft, the Drive Hard’s 5.5-liter twin-turbo V-8 has been upgraded to 1,019 horsepower and 738 pound-feet of torque.

Rumored to cost about $3.3 million should you wish to commission your own example, the Drive Hard is certainly one of the wildest takes yet on Mercedes’ already-wild 6x6.

Dartz is no stranger to the excessive, armored SUV, of course, and the company has even envisioned another 6x6: the G-eopard safari vehicle.

What’s next from Dartz? We have no idea. None.