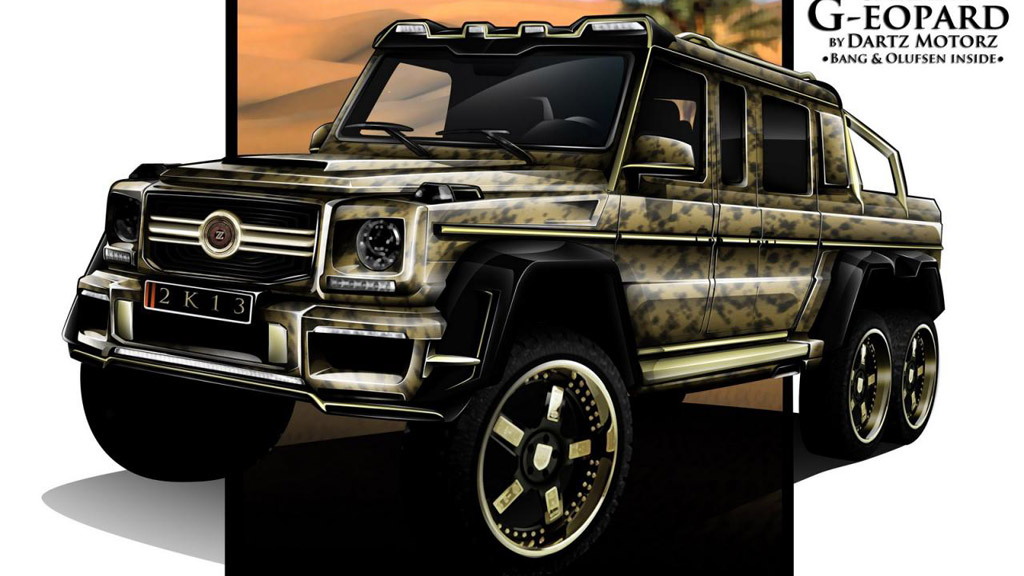 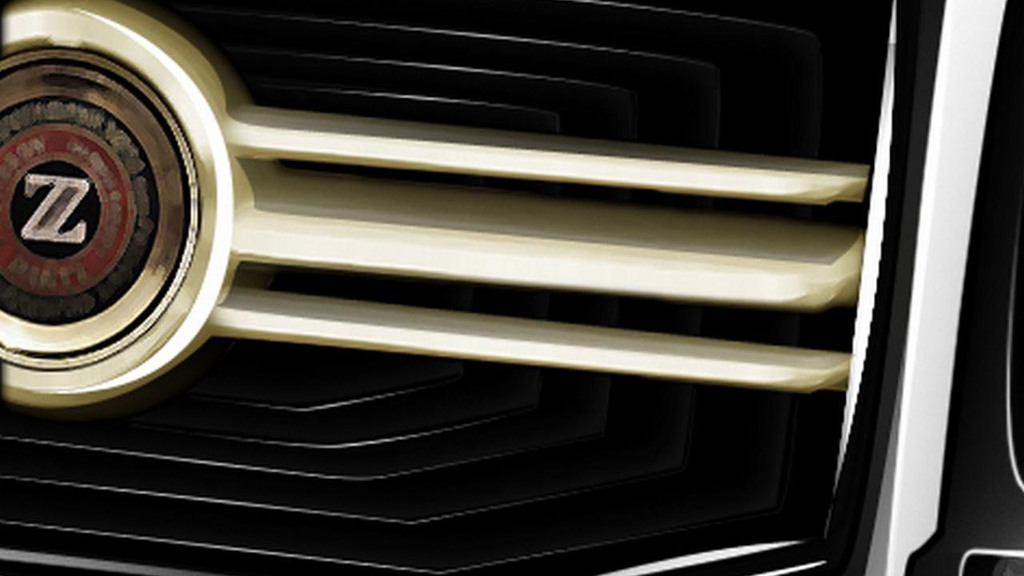 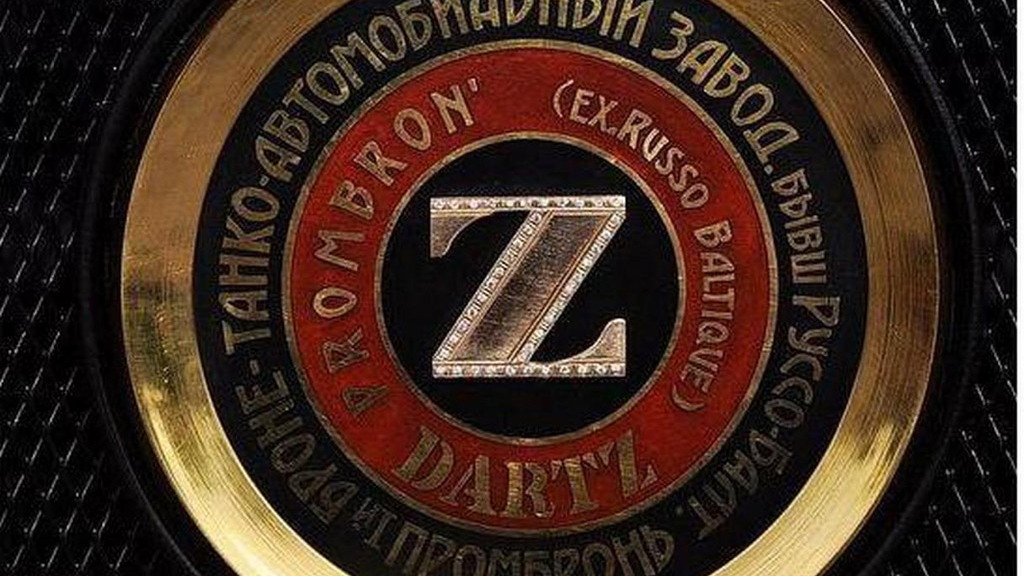 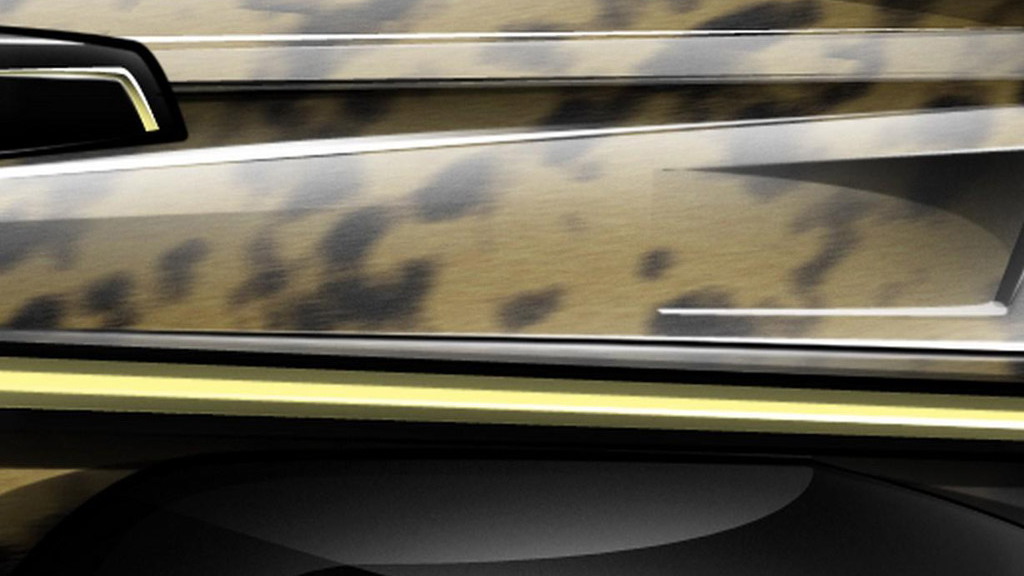 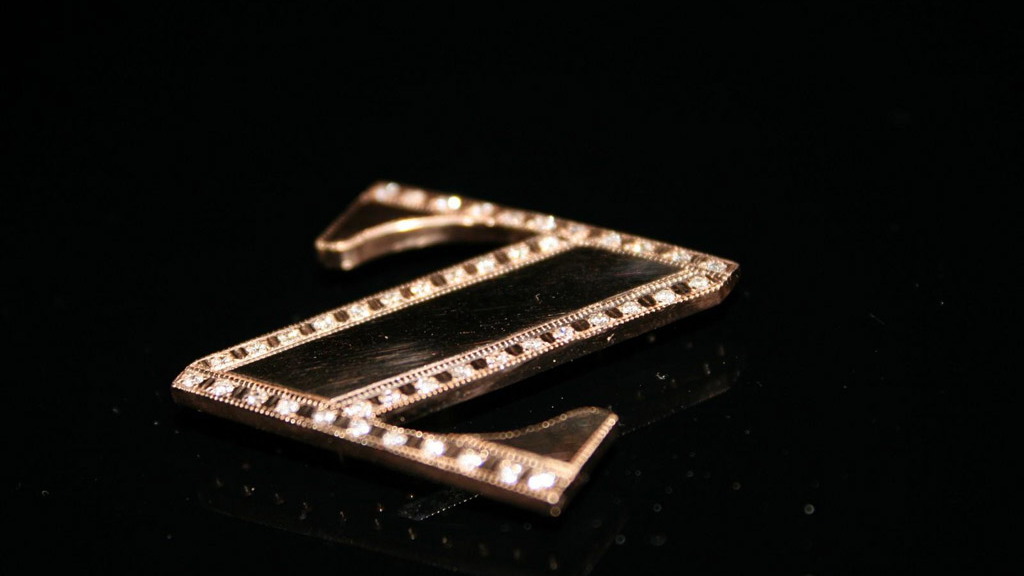 5
photos
Latvian tuner and manufacturer of armored vehicles Dartz has come across what’s possibly the only SUV tougher and more extreme than its own line of Prombron monsters, the new Mercedes-Benz G63 AMG 6x6.

Rather than trying to outmatch the tough-as-nails AMG off-roader, Dartz has imagined its own, personalized version, which we’re sure the company will be happy to build for anyone willing to front up the cash.

Called the Sahara G-eopard, Dartz’ version of the G63 AMG 6x6 is even longer than the original, and much more lavish.

The limo-like rear is entered via suicide rear doors, and once inside passengers will find niceties such as a climate system that works while the engine is turned off, real gold and silver trim, a 3D television, and a sound system from Bang & Olufsen.

If the owner chooses, he or she can even specify diamond-studded trim pieces and 24-inch alloy wheels coated in gold. If that wasn’t enough, there’s also the option of a portable smoking room with gold-plated Shisha pipes--perfect for the end of any long desert jaunts.

No changes for the powertrain have been mentioned, so expect the G63 AMG 6x6’s stock turbocharged 5.5-liter V-8, rated at 544 horsepower and 560 pound-feet of torque, to be fitted. Of course, the G63 AMG 6x6 also brings to the table six drive wheels, a low-range ratio, five differential locks, portal axles, and 18.1 inches of ground clearance.