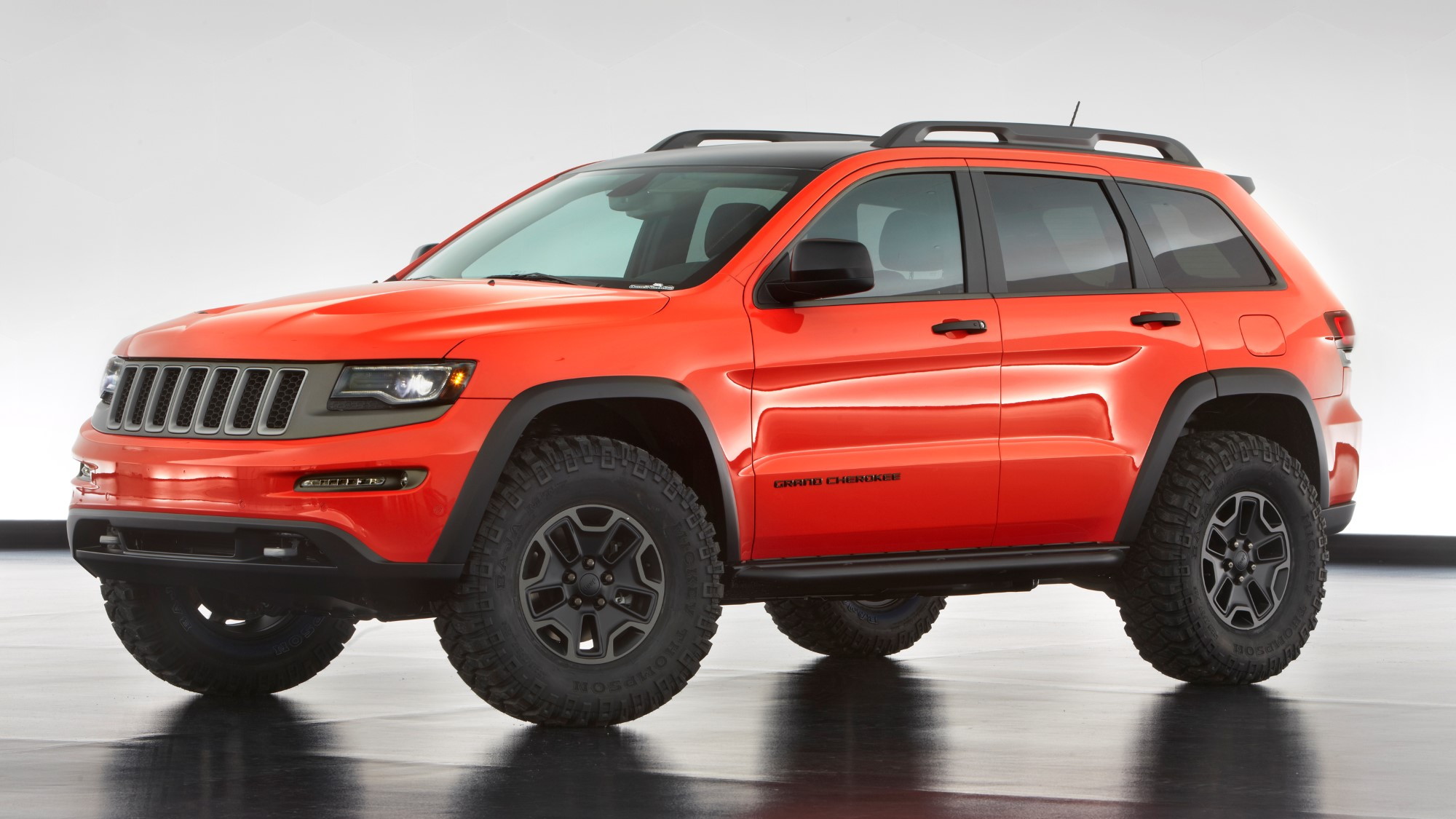 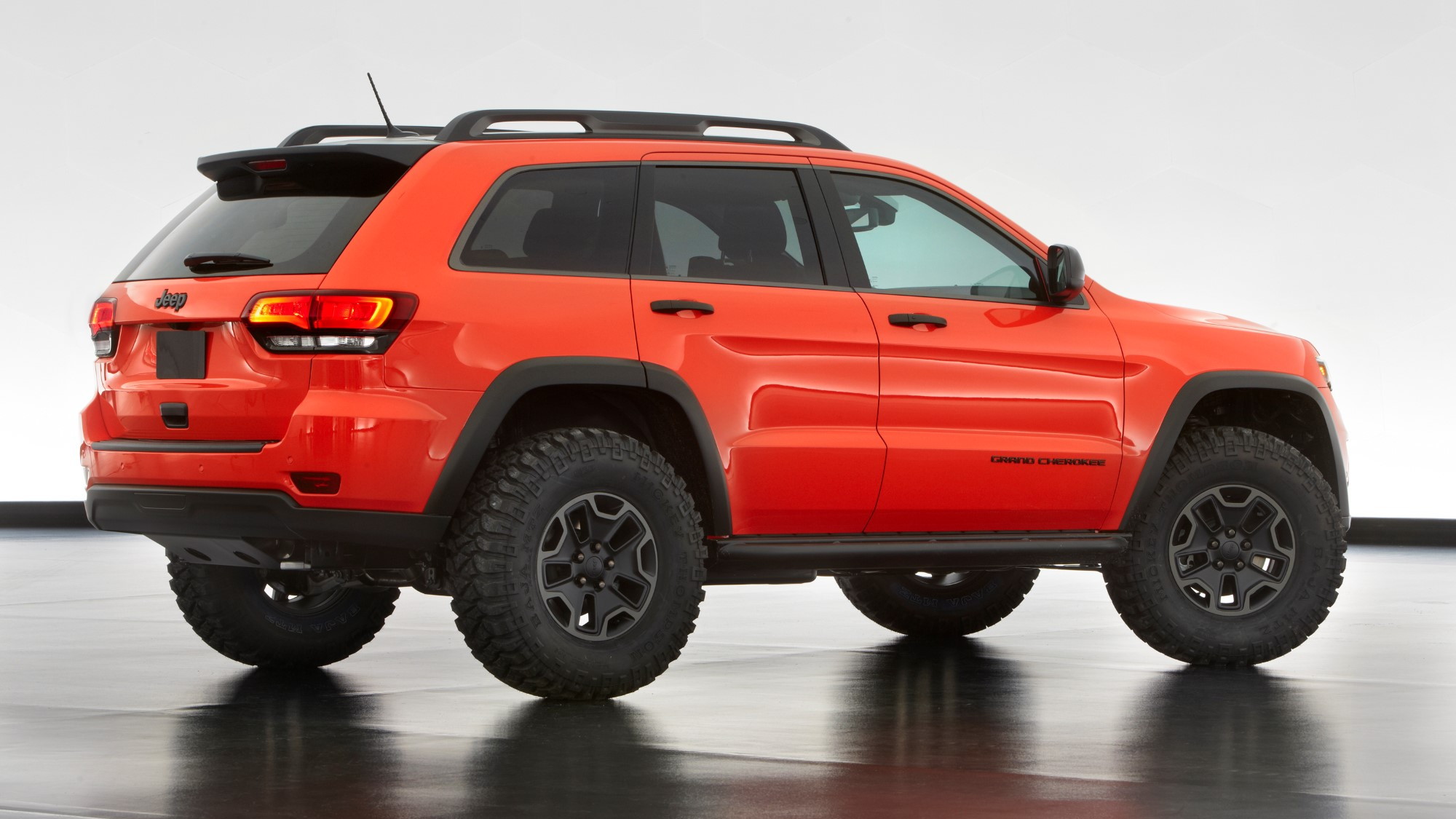 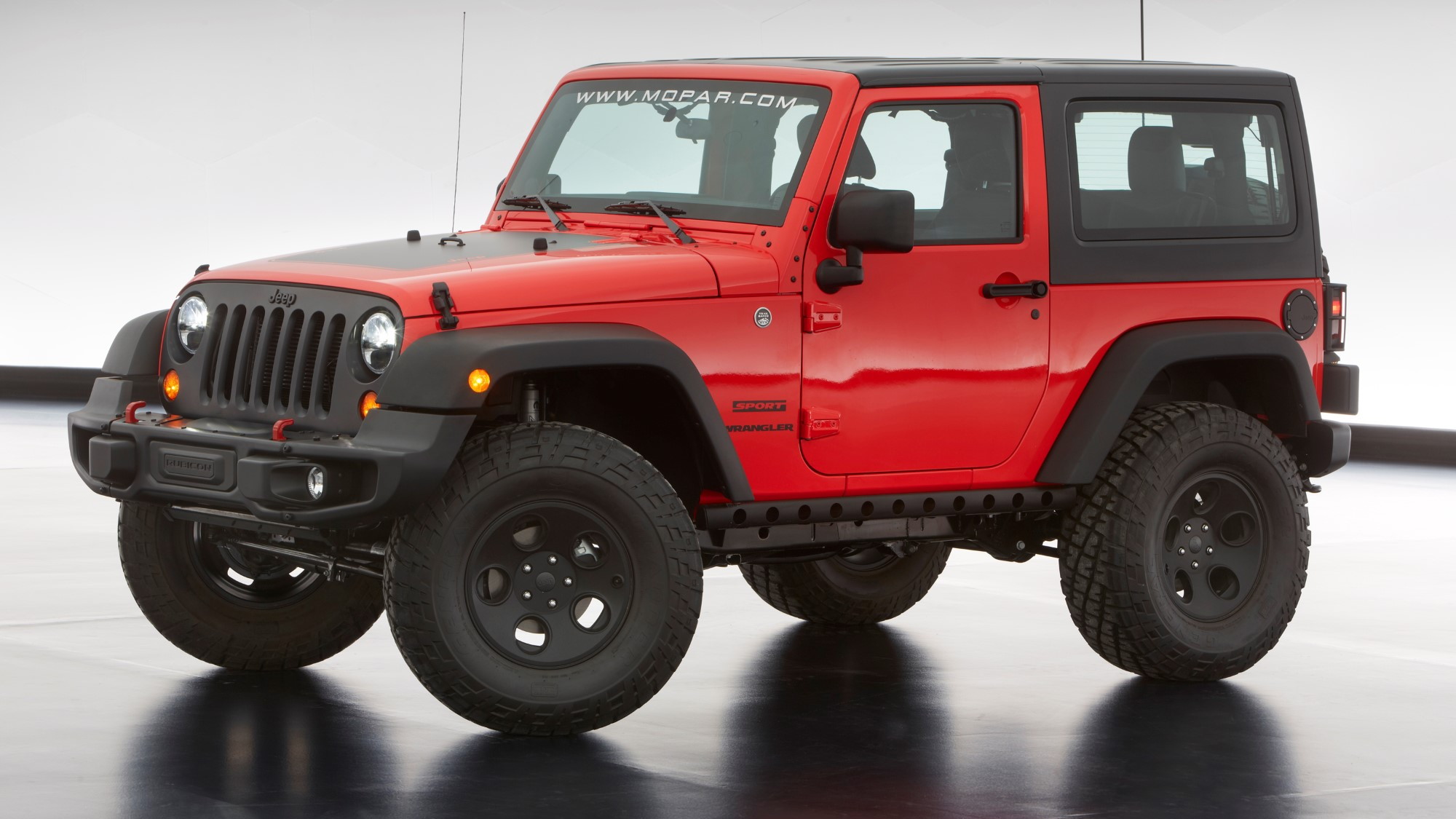 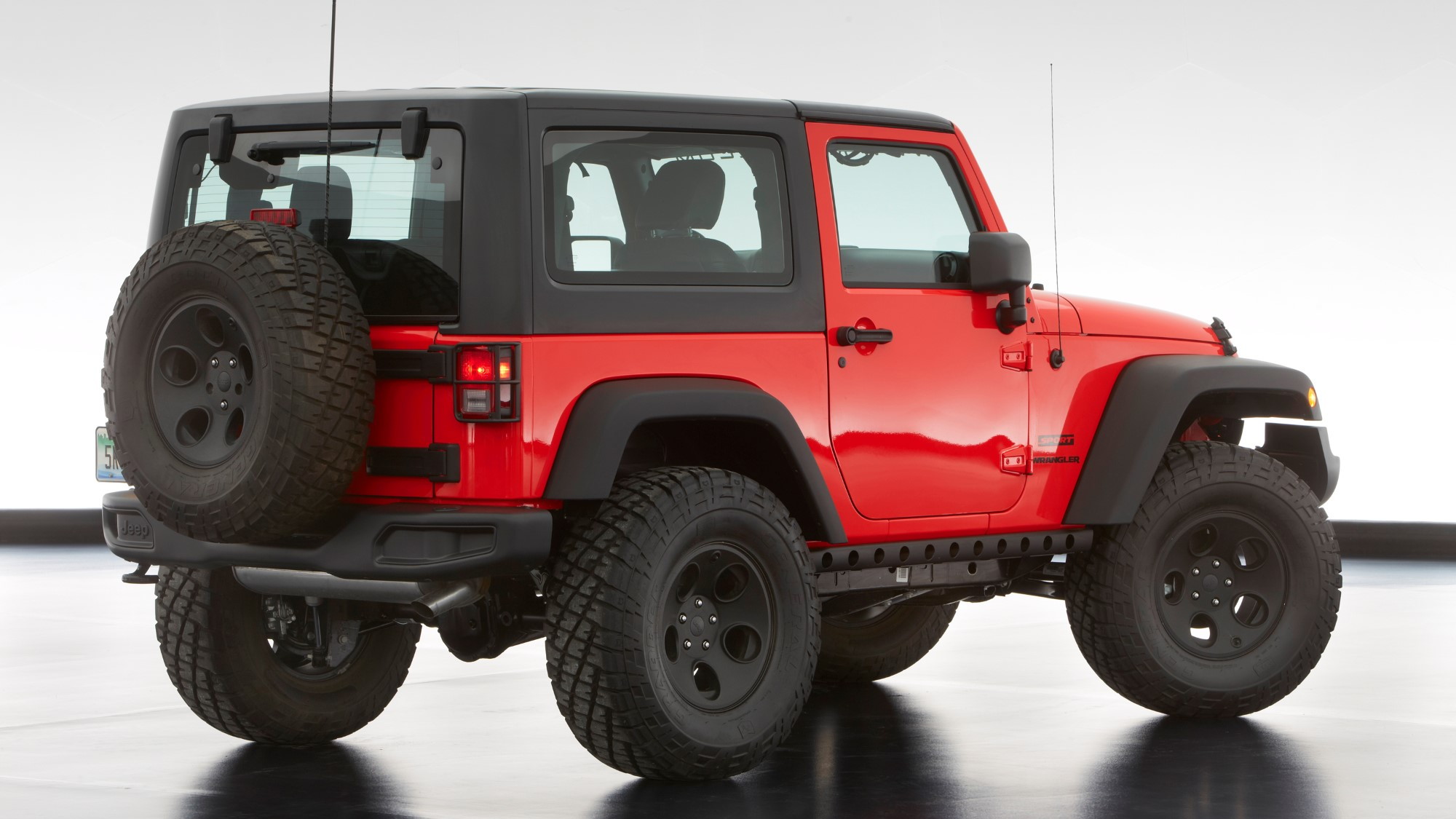 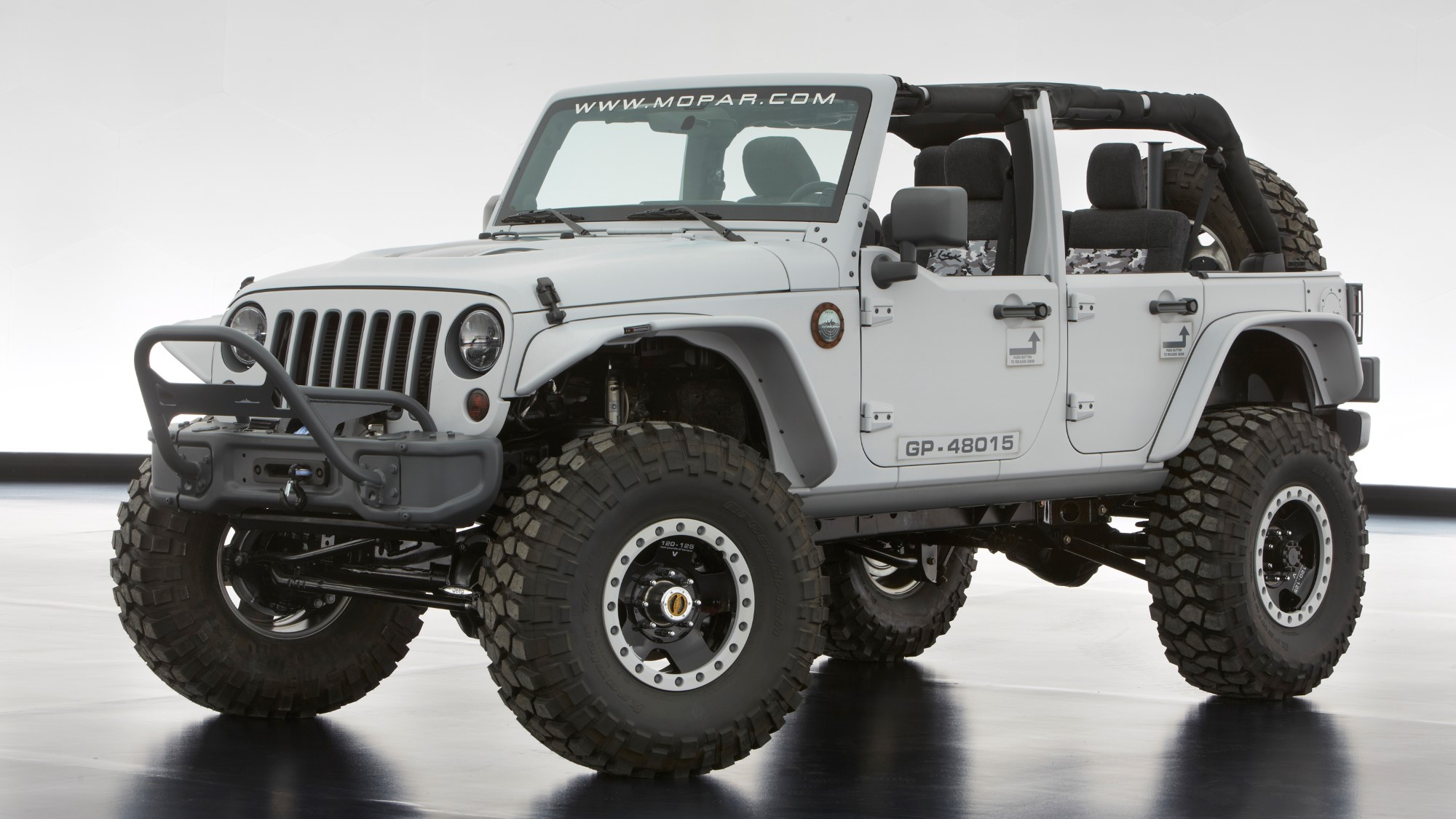 13
photos
Just yesterday we bought you word that Jeep and Mopar would again collaborate on concepts for the 2013 Moab Easter Jeep Safari, complete with teaser images of the Jeep Trailhawk II and Jeep Wrangler Slim concepts.

There wasn’t much to go on, but Chrysler did promise more details in the coming weeks. It should have said “in the coming days,” since the automaker is now showing all of the goods that will be on display at this year’s Moab event.

In the spirit of the lightweight “Pork Chop” concept from 2011, the Wrangler Stitch serves up a serious weight-loss plan, bringing it below 3,000 pounds thanks to extensive frame and body modifications. It sports a carbon-fiber hood, chrome moly roll cage, aluminum floor pan and control arms and 35-inch tires mounted on 17-inch wheels.

If desert running is your idea of a good time, the Wrangler Sand Trooper II will be your build. Under-hood is a 5.7-liter Hemi V-8, good for 375 horsepower, delivered through Portal axles to 40-inch tires mounted on beadlock wheels. Outside, the rig gets “Shorty” bumpers, half doors, flat fenders, rock rails, a vented hood and a Warn winch.

Finally, the Wrangler Flattop is designed to deliver an upscale appearance without compromising its off-road capability. It’s one-piece windowless top is custom, designed to integrate with the two inches chopped from the windshield. The B-pillar was cut, too, giving passengers a true open-air experience.

Many of the components used on these builds can be found in the Mopar parts catalog, ensuring that current Jeep owners can easily cherry pick the best bits and pieces for their own rigs.

We’re a bit disappointed that Jeep hasn’t rolled out anything as jaw-dropping as last year’s Mighty FC concept, but we also understand the realities of the global automotive marketplace. With Fiat hurting in Europe, it’s not as inclined to build concept Jeeps as it may have been in year’s past.

On the other hand, The Jeep product line has never been stronger, even before you begin bolting on premium aftermarket parts. Perhaps the reason that Jeeps isn’t showing any fanciful retro concepts is even simpler: it no longer needs to sell the sizzle, since its steak is tastier than ever before.