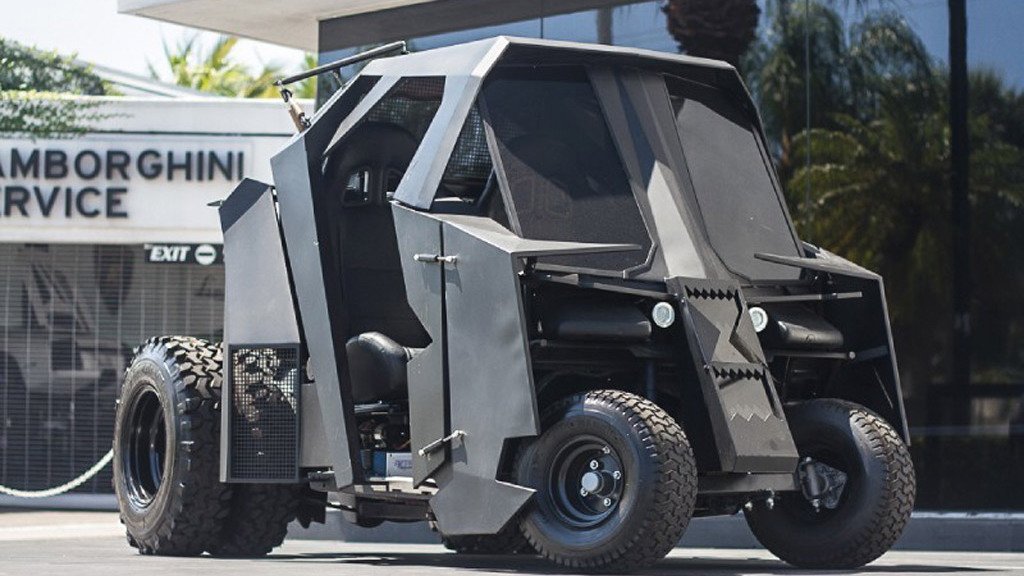 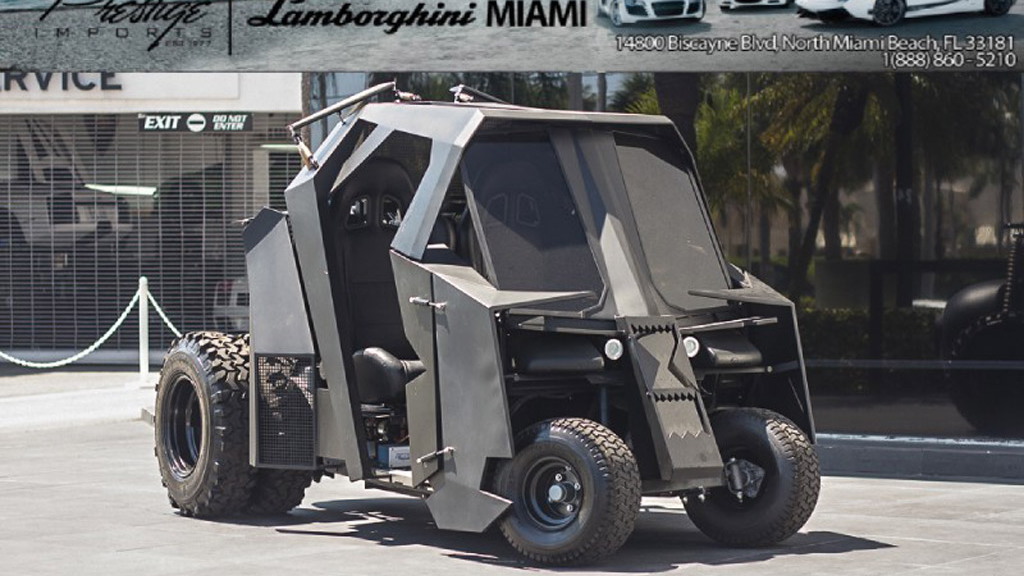 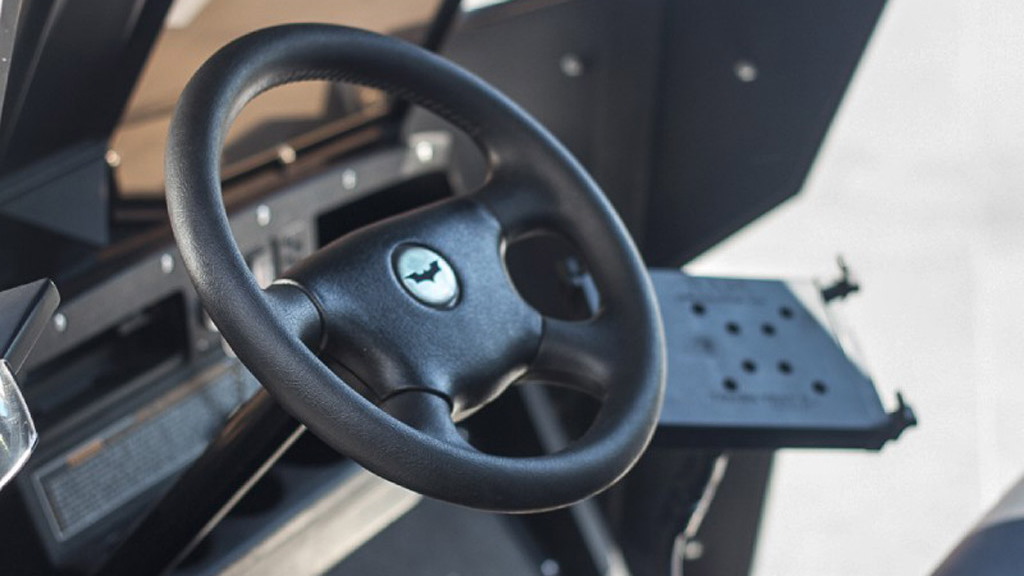 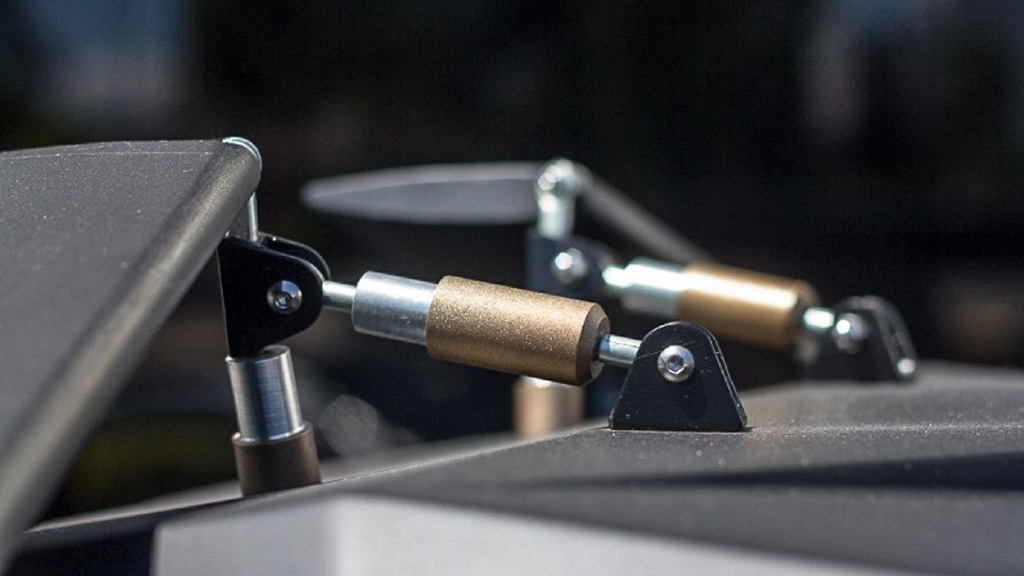 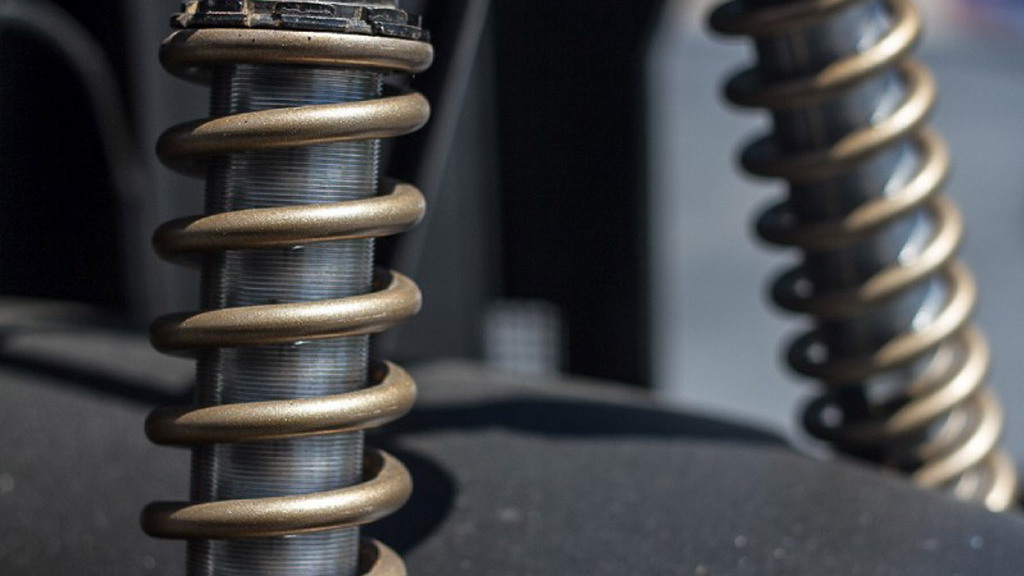 10
photos
Since the 2005 premiere of Batman Begins, the armored, building-jumping Tumbler has become as popular as past Batmobiles from comic books and the big and small screens. That's evidenced by am offering listed on the website of Miami exotic car dealer Prestige Imports. Yup, it's a Tumbler golf cart.

Somehow the Lamborghini-meets-Hummer styling doesn't look as menacing when translated to this, much smaller chassis, but you've got to admire the builder's commitment. Like the full-size Tumbler, this miniature version features dual rear wheels, plus a (most likely non-functional) rocket booster.

This golf cart probably doesn't have the performance necessary for a high-speed chase through Gotham, but maybe Batman will be able to catch the Joker on his day off at the country club.

Prestige Imports is asking $49,950 for this Bat-tastic tribute ride, which could buy a fairly nice real car. Still, modified golf carts are fairly popular in Florida, where they're used as neighborhood vehicles in the state's many retirement communities.

It's also a bargain compared to the full-size Tumbler replica that turned up on the Internet back in February, with an asking price of $1 million. Reportedly one of a series of five, it features Chevrolet LS1 V-8 power and 44-inch Super Swamper tires.

With the Chris Nolan cycle of Batman movies completed, the real Tumbler has been retired, and a new Batmobile is poised to grab the spotlight. Teaser shots of Batman and his new ride were released last week, although neither will be fully revealed until the upcoming Batman vs. Superman movie premieres in 2016.

Will the next Batmobile win over fans like the Tumbler? Maybe we'll see a golf-cart version of it someday too.