With the refreshed 2015 Dodge Charger and 2015 Dodge Challenger heading to showrooms later this year, Chrysler's Mopar division is preparing accessories for the reinvigorated muscle cars. Mopar will offer more than 100 accessories for the two models, which were unveiled last month at the 2014 New York Auto Show. Among them are performance upgrades including a suspension-lowering kit, anti-sway bars, cold-air intake, and cat-back exhaust.

To give the Charger and Challenger an even bolder look, Mopar will also offer decal kits, lightweight wheels, and hood pins. A T/A hood and hood venting system will also be available on the Challenger, invoking the classic Trans Am-inspired 1970 Challenger T/A.

In addition to individual parts, Mopar will also continue to sell the Scat Pack performance packages introduced for 2014 models. Inspired by the Scat Pack branding Dodge used for its muscle cars in the late 1960s, the packages are offered in stages of performance and price.

Buyers can order their accessories through dealers, or even have cars delivered from the factory with the accessories installed through the Mopar Custom Shop ordering option. 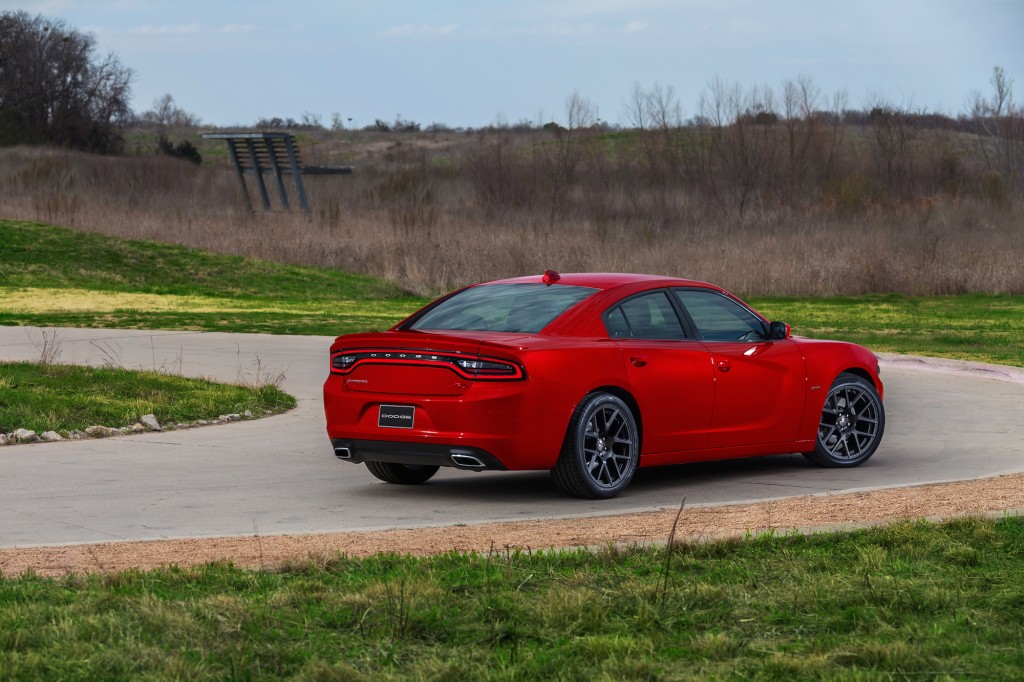 For 2015, both the Charger and Challenger feature updated styling (the Charger more than the Challenger), new eight-speed automatic transmissions, and a reshuffling of options and trim levels. Both models are still available with HEMI V-8 engines, although the SRT performance models appear to be on hiatus for now.

Production of the 2015 Challenger begins at Chrysler's Brampton (Ontario) Assembly Plant in the third quarter of 2014, with the 2015 Charger following in the fourth quarter. Sales will commence shortly after production begins.