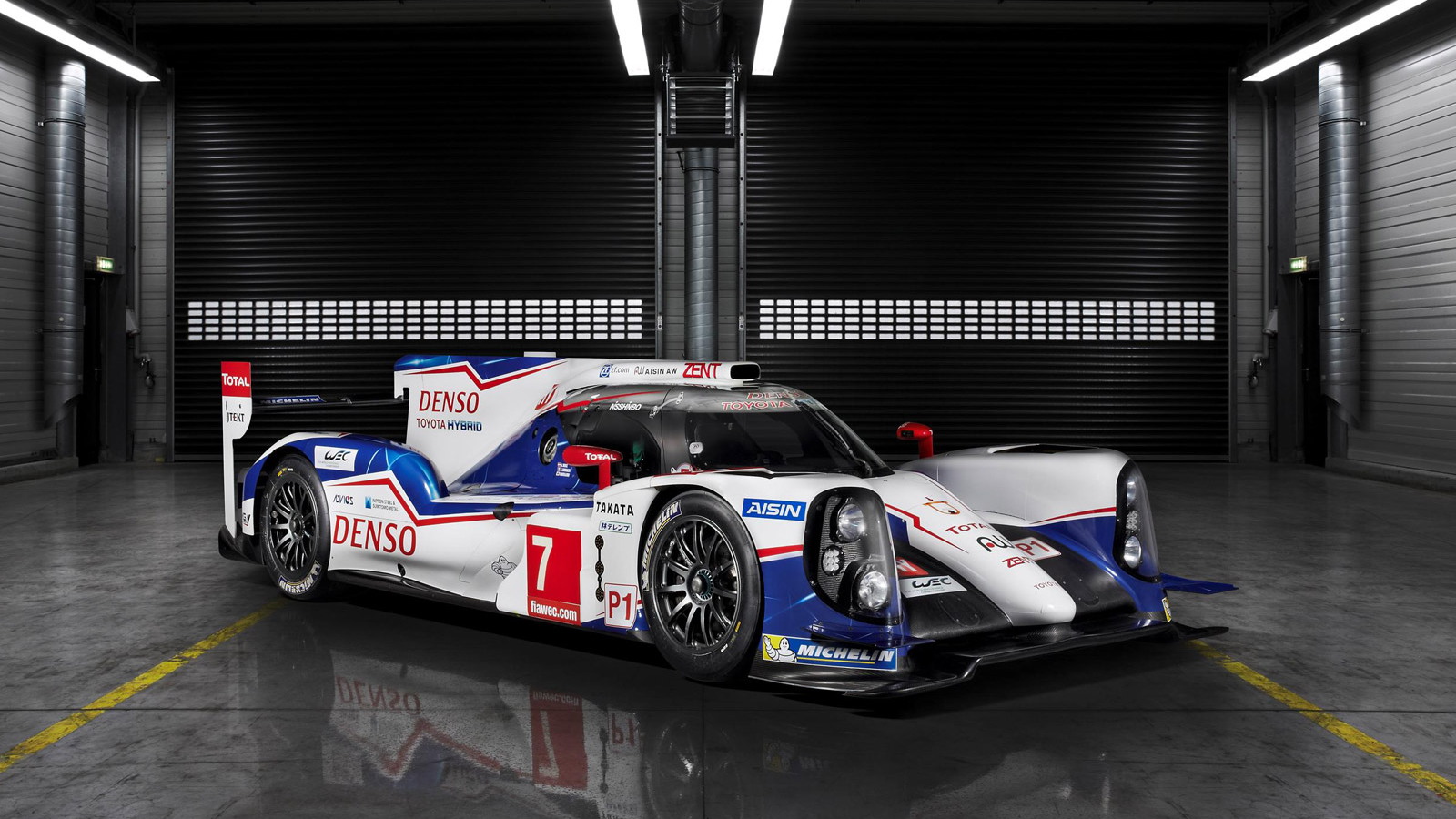 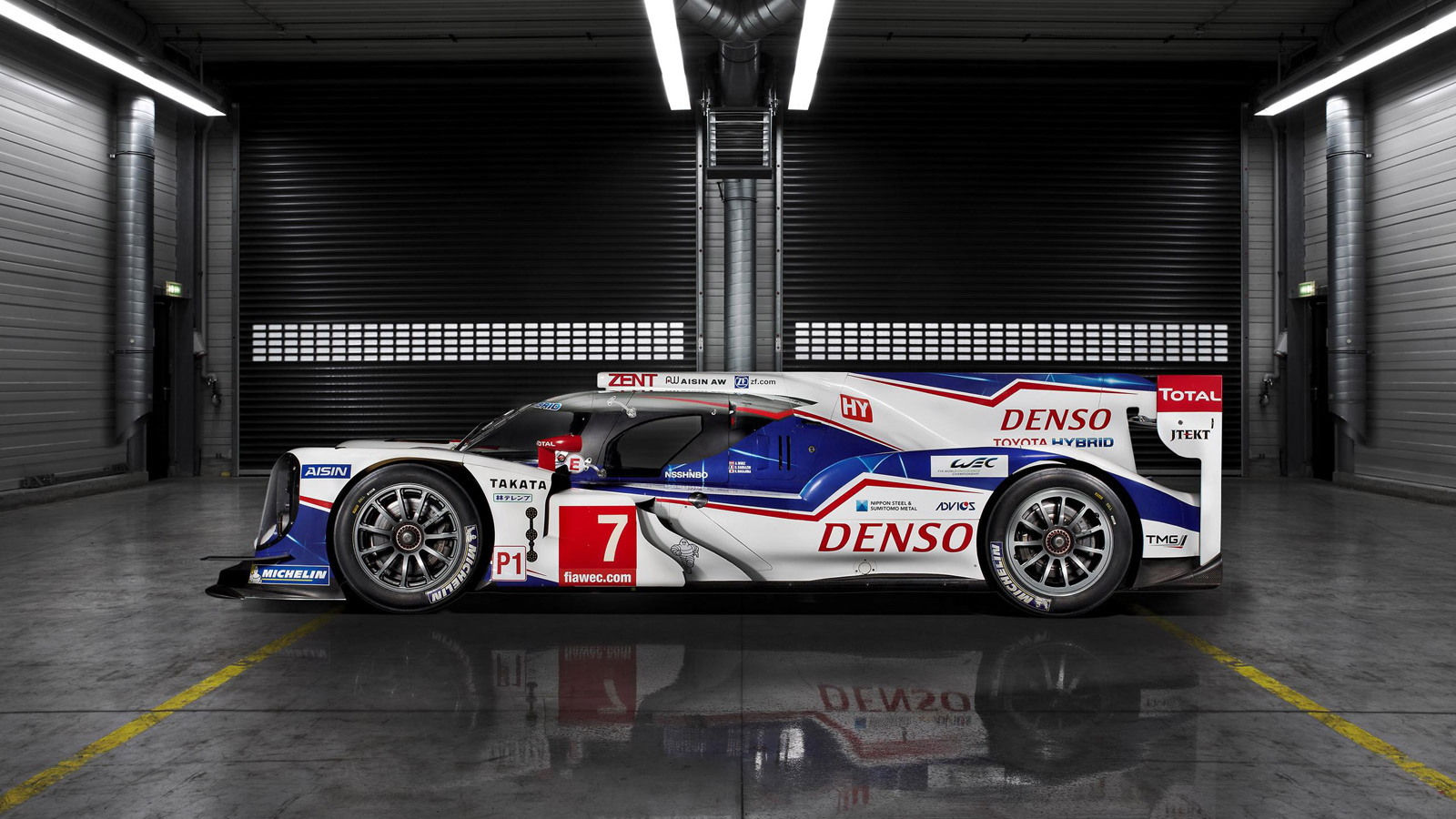 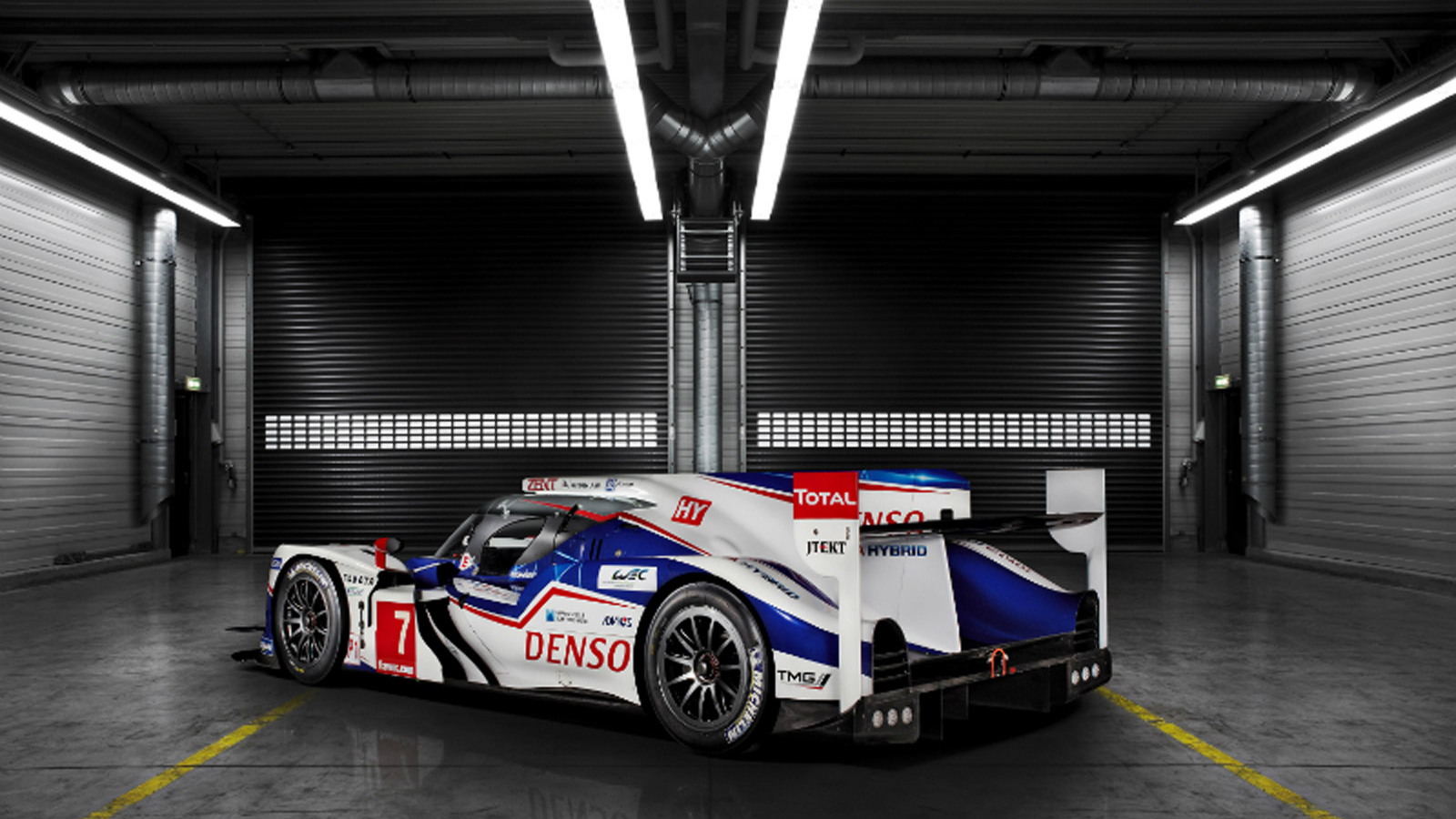 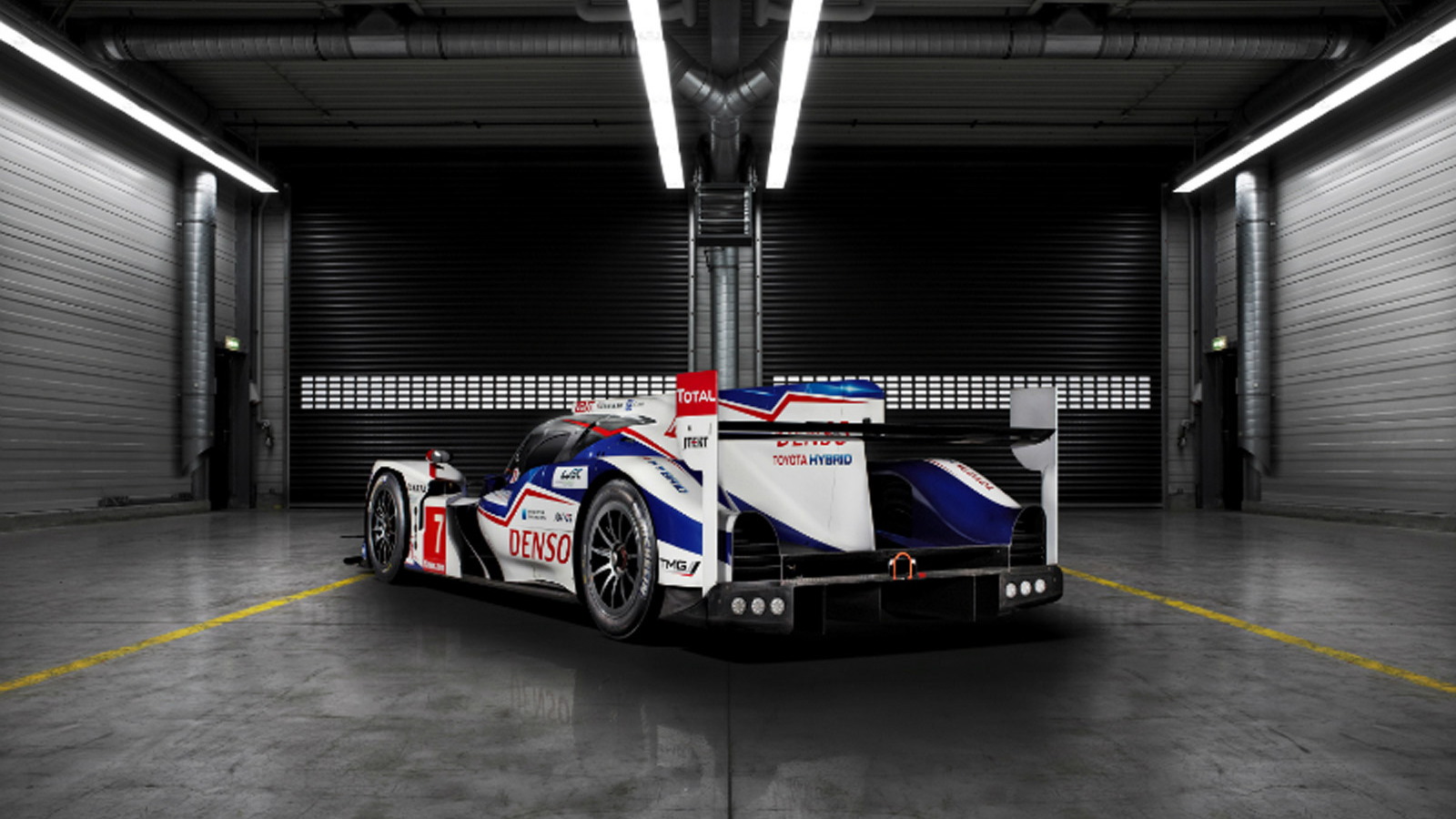 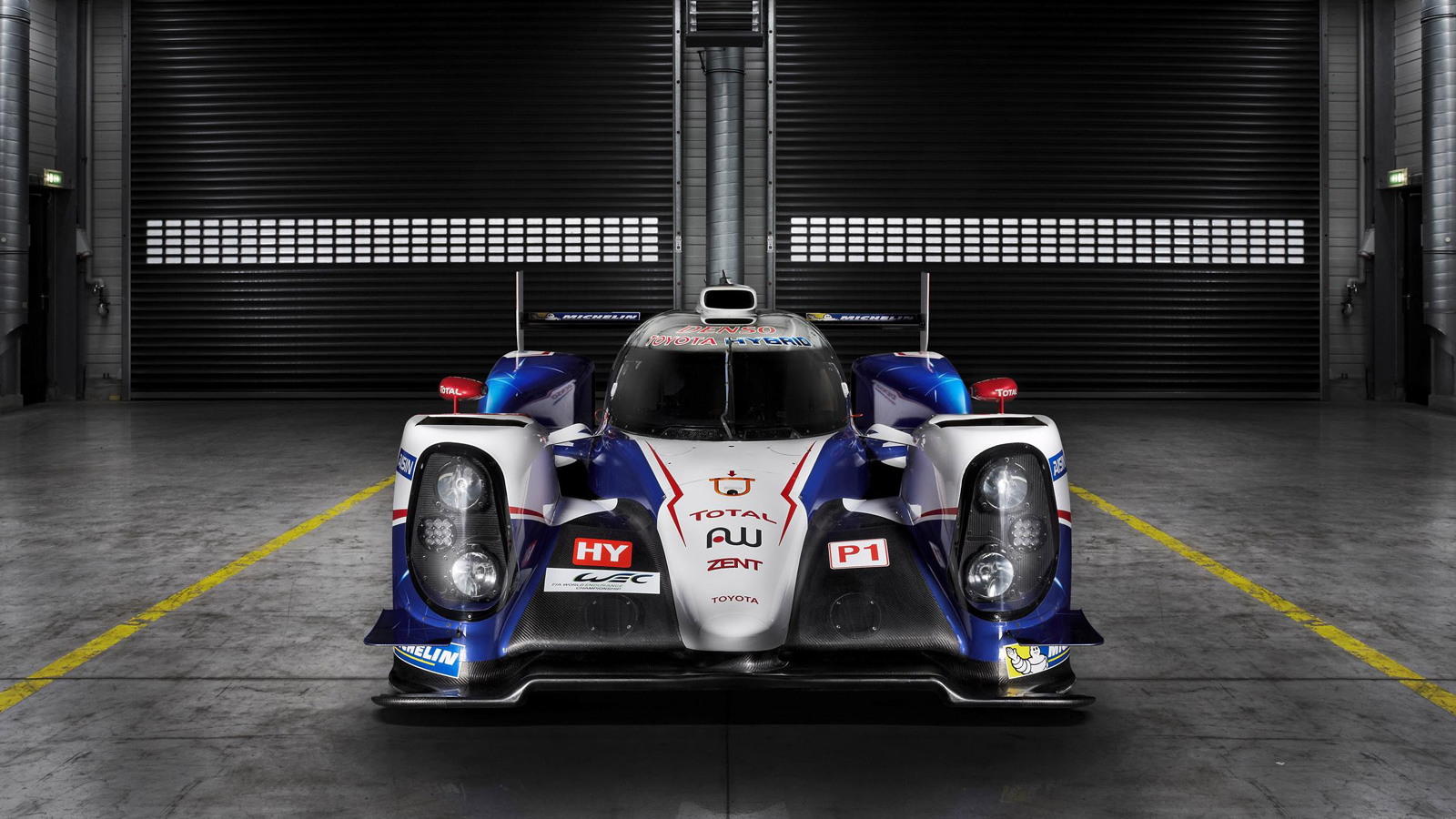 6
photos
Just a day out from the start of official testing for the 2014 World Endurance Championship, Toyota has taken the covers off its all-new TS040 Hybrid Le Mans prototype; the car it hopes will see it victorious, not only this season but at the event highlight, the 24 Hours of Le Mans. The major departure in the design of the new TS040 compared to the previous TS030 Hybrid, is the addition of an electric motor on the front axle for the first time, making the car a ‘through-the-road’ all-wheel-drive hybrid, much like its Audi R18 e-tron quattro and Porsche 919 Hybrid rivals in the premier LMP1-H class.

While Audi uses a 4.0-liter V-6 turbodiesel engine in its prototype, and Porsche a turbocharged 2.0-liter V-4, Toyota is sticking with a good ol’ V-8 naturally aspirated to the tune of 513 horsepower. The engine works in conjunction with electric motor-generators at both axles that add an extra 473 horsepower, bringing the TS040’s maximum output to an incredible 986 horsepower.

The new powertrain has been developed in line with revised WEC technical regulations, which put an emphasis on fuel economy: teams are limited by the flow of fuel rather than the output of the powertrain or the efficiency of the aerodynamics. This makes the competition amongst engineers more interesting and presents teams with completely new challenges--now, the most efficient powertrain will be the most competitive.

For the TS040, the new regulations have allowed engineers to make a major increase in power delivered by the hybrid system, using a new motor-generator on the front axle in addition to the unit at the rear. Under deceleration, these motor-generators apply braking force in combination with the traditional mechanical brakes to harvest energy, which is then transferred via an inverter to a super-capacitor. When the car accelerates, the motor-generators reverse their function, delivering a power boost to all four wheels.

While the engine and hybrid system were developed mostly in Japan, Toyota’s TMG skunk works in Germany designed and developed the chassis. The design marks a major evolution over the TS030 Hybrid, incorporating design changes dictated by the new championship regulations, including a maximum width reduced by 10 centimeters and the adoption of additional safety features.

Particular attention has been paid to managing airflow around the car, not only to reduce drag and improve fuel economy, but also to increase downforce and grip to compensate for the use of narrower tires. Weight, too, has been reduced by 100 pounds.

For the third consecutive year Toyota will field two cars in the WEC, with Alex Wurz, Stéphane Sarrazin and Kazuki Nakajima sharing the number 7 car, and Anthony Davidson, Nicolas Lapierre and Sébastien Buemi piloting the number 8 car. Official testing for the 2014 WEC season gets underway tomorrow at Le Castellet in France. The first round of the new season is the 6 Hours of Silverstone in the U.K. on April 20.

For Toyota, participation in the WEC is fundamental to its leadership in hybrid technology. The TS040 Hybrid, like its predecessor, also serve as a real-life test bench for the automaker’s technology, which it plans to transfer to production cars, some of which are almost certain to be performance-oriented.