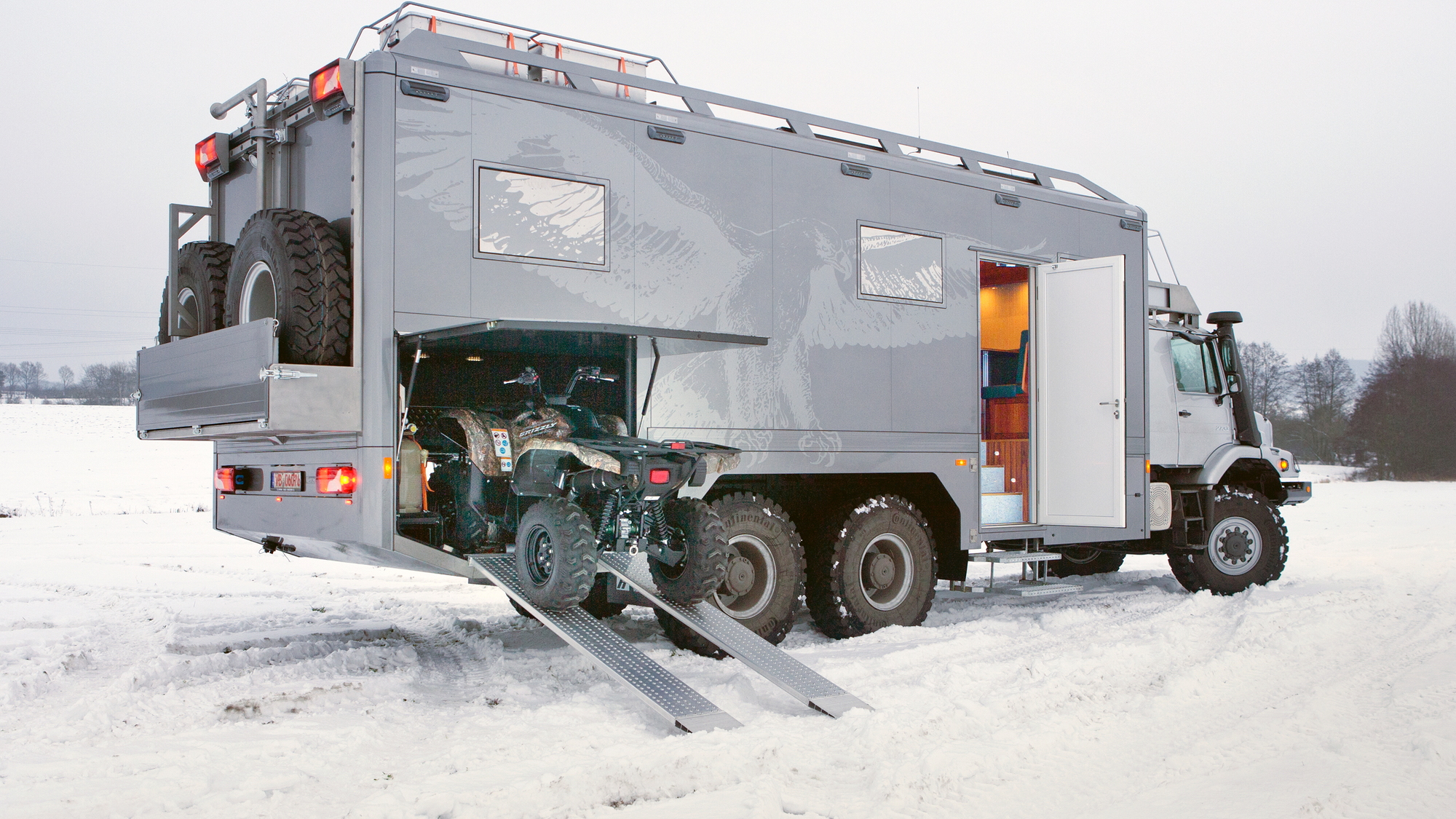 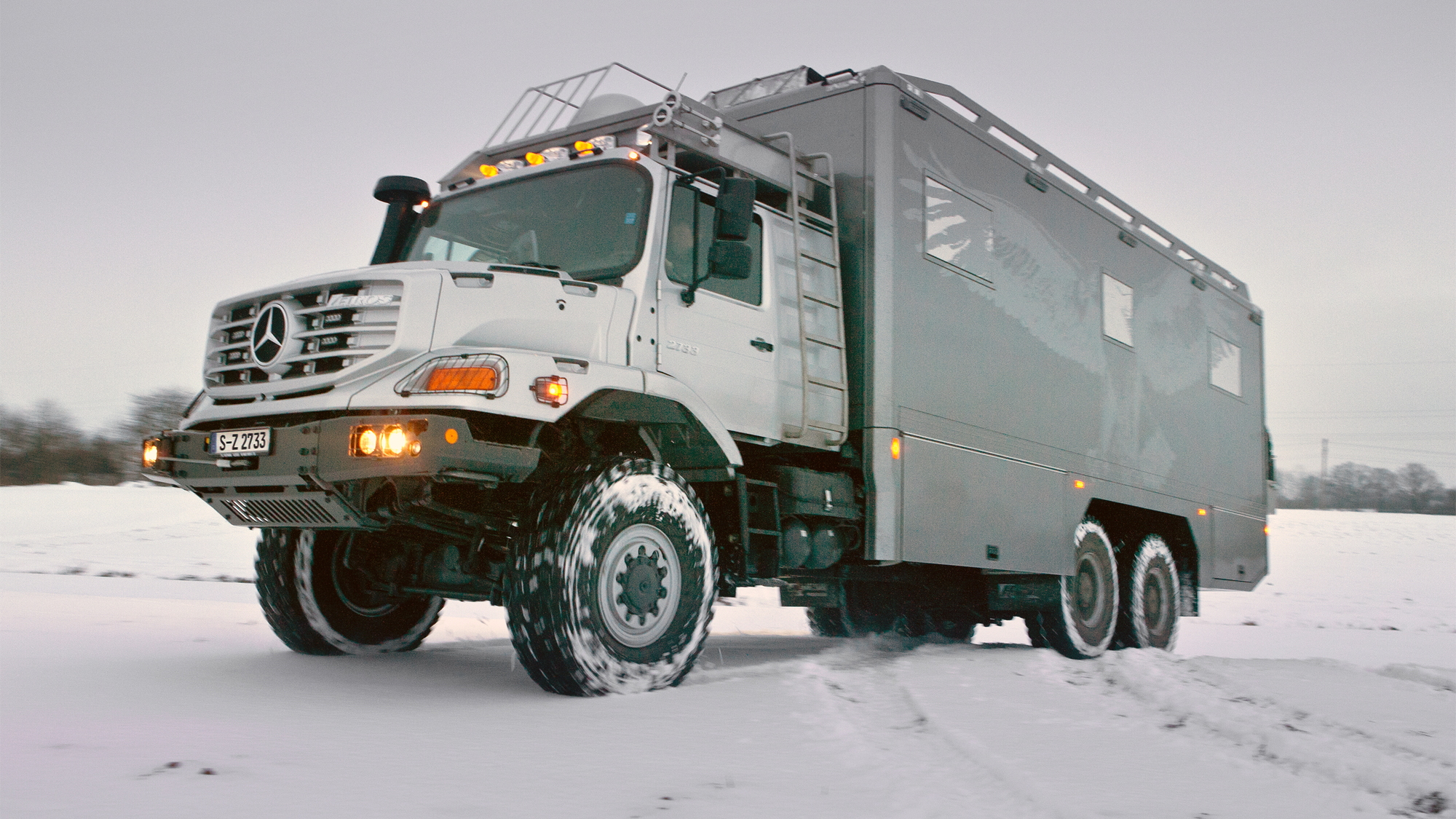 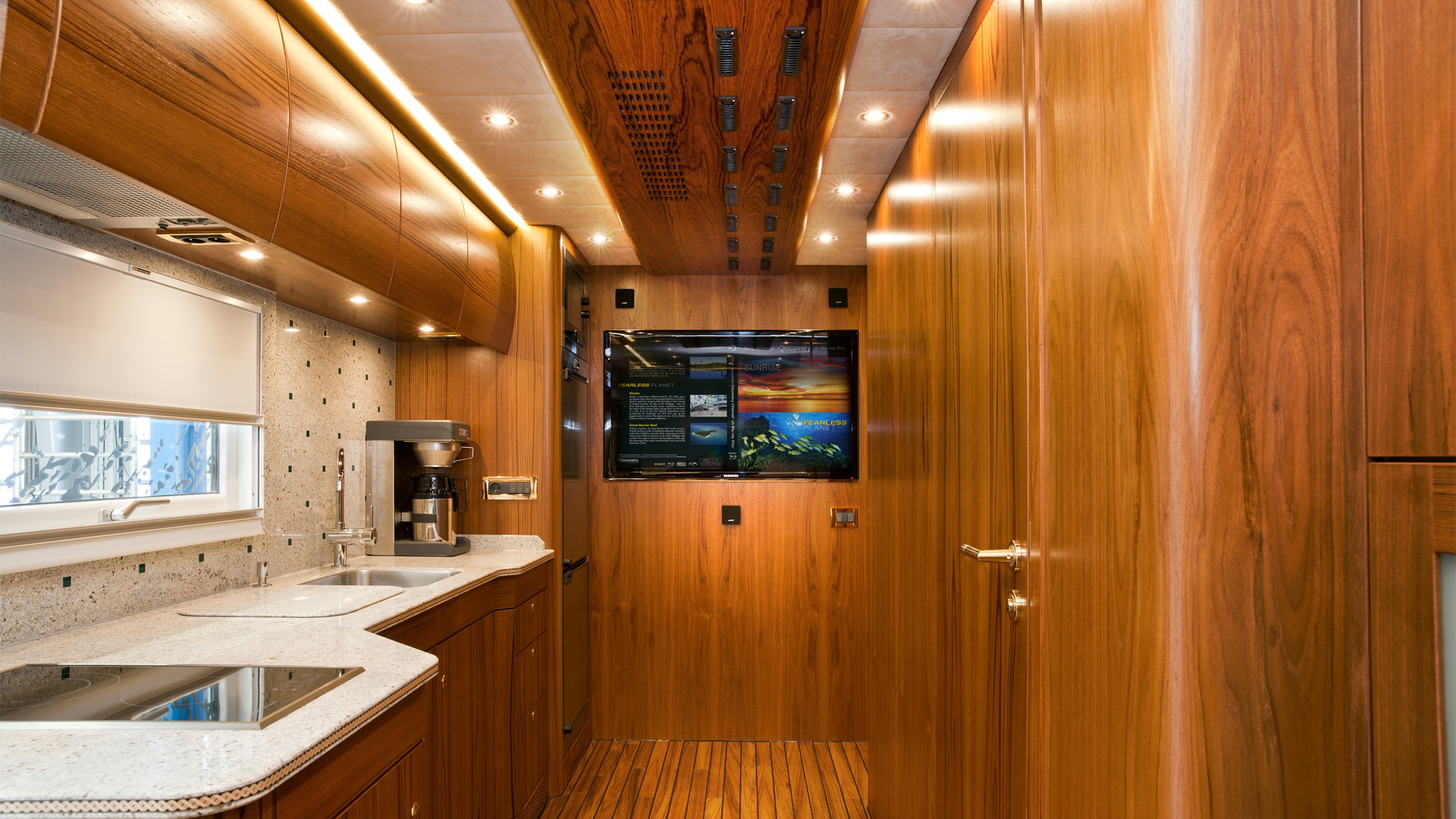 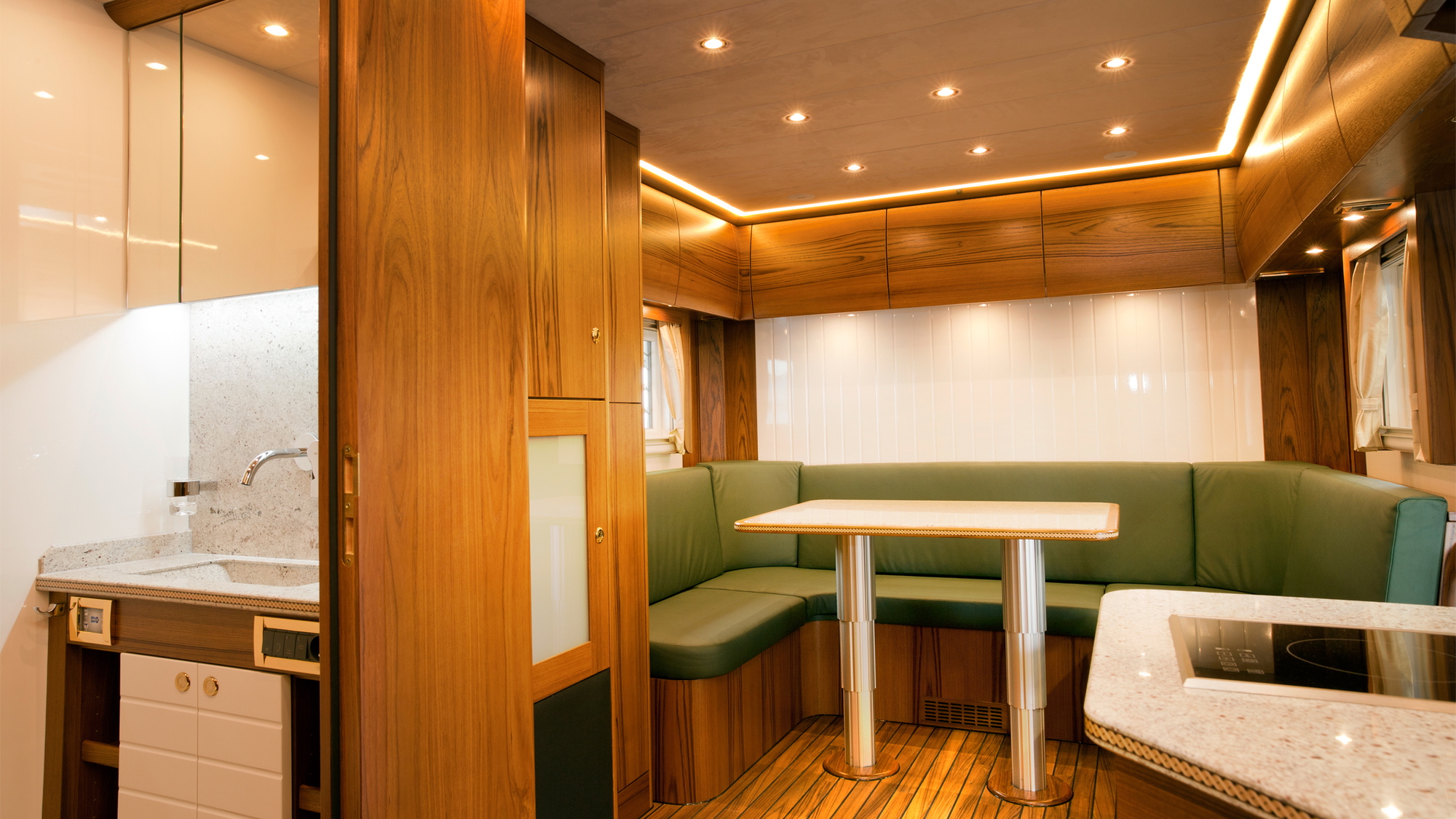 4
photos
We missed the boat on this customized Zetros the first time it made the Internet rounds. That's alright, since the impending Zombie Apocalypse hasn't happened... yet. Still, that doesn't mean we shouldn't be prepared, and this Mercedes-Benz Zetros 6x6 is high on the list of appropriate land-based vehicles to own when Day Z occurs.

This particular Zetros is owned by a pair of Mongolian businessmen who enjoy hunting wolves. They also enjoy luxury. In order to bring a bit of their love of luxe into their hunting environs, they duo have crafted this magnificent beast of a machine. Under the hood is a 7.2-liter diesel inline six-cylinder engine that can produce over 900 pound-feet of torque. Additionally, the Zetros wears three locking differentials and can send power out to all six wheels. That seems handy for both setting up an evenings hunt in a snowy location, and also to gain traction atop a pile of wasted zombies.

After a long day of hunting (zombies or wolves), the duo can unwind inside the Zetros' cabin. It's an opulent mobile space that features two flat screen televisions, a satellite communications system, a Bose audio setup, and a kitchen and shower as well. The entire cabin space runs off of a battery system that automatically recharges by way of a diesel generator. Should the diesel generator run out of juice, the roof-mounted solar panels will pick up some of the slack.

Yes, we're fully aware that the absolute best vehicle for a zombie invasion is in fact marine based. Still, if you have to venture onto land... this is how you'd want to do it.