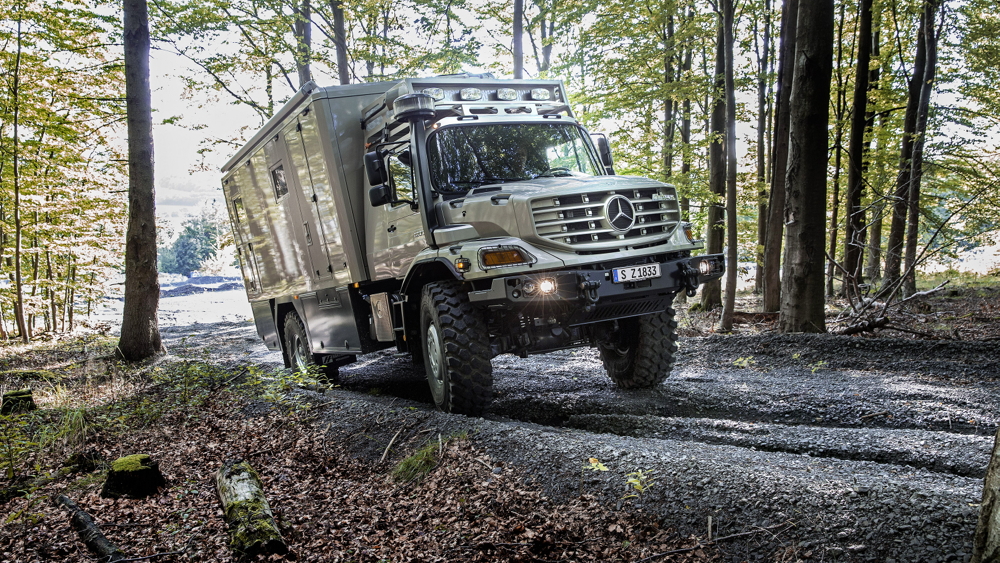 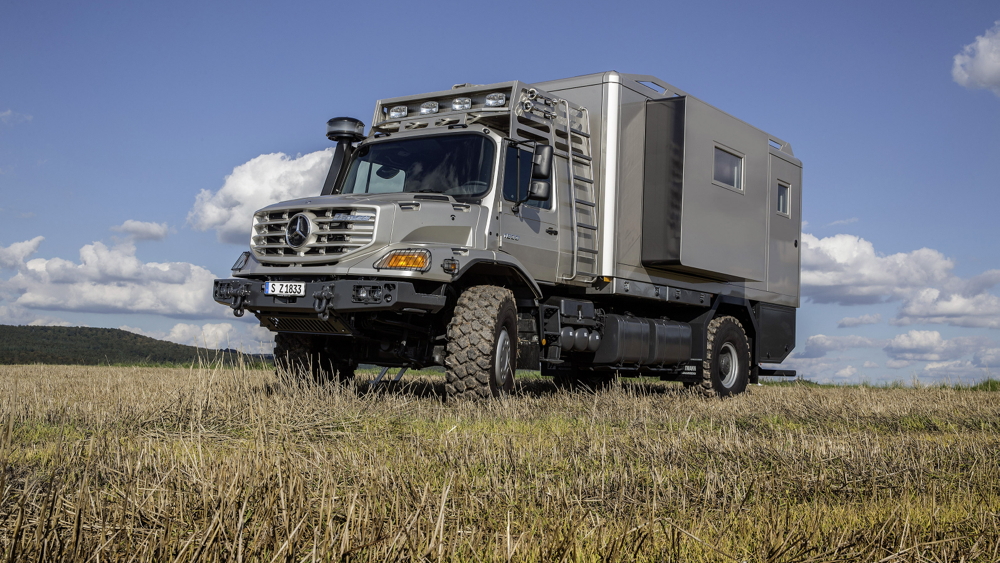 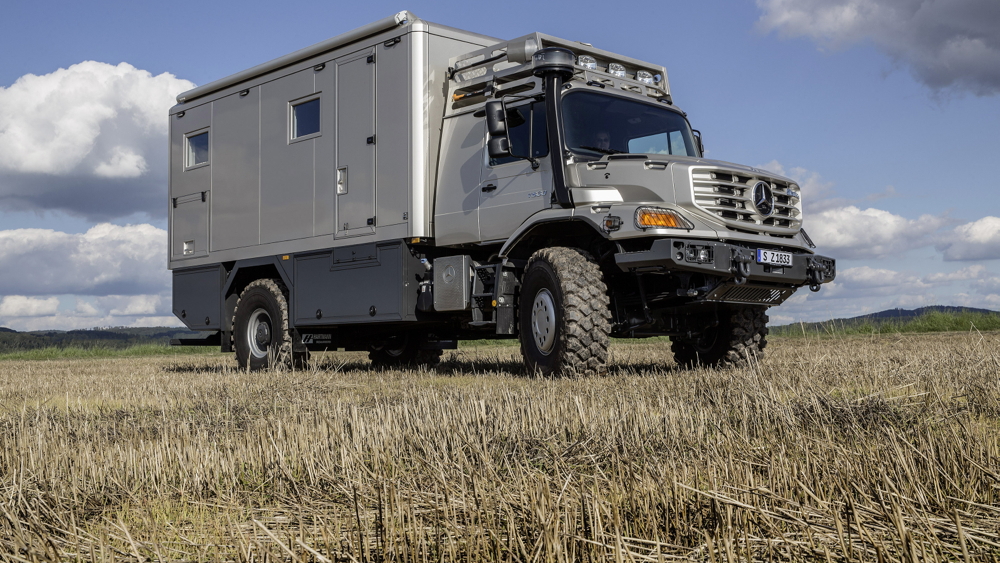 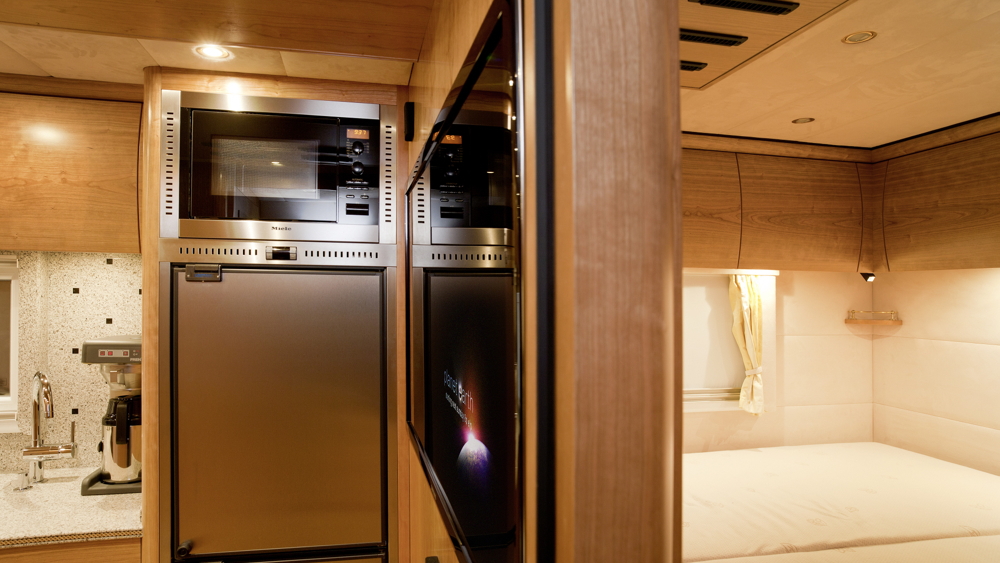 Earlier this year, the internet was treated to a modified Mercedes Zetros 6x6 recreational vehicle, which we dubbed the perfect choice for well-heeled doomsday preppers. Now, the German automaker itself is peddling a two-axle version of its Unimog-based Zetros that should be just as capable, but also easier to live with.

Set to debut at the Caravan Show in Düsseldorf, Germany, the special Zetros features a cabin made from one-piece galvanized and plastic-coated panels, along with a carbon fiber slide-out section that increases living space. This is all mounted on an off-road ready Unimog chassis, with four-wheel drive and a 7.2-liter diesel inline-six that produces 326 horsepower. Despite having the equivalent of a small apartment on its back, Mercedes says the Zetros can climb the steepest slopes and cross almost four feet of water.

On the inside, the Zetros is as luxurious as one would expect a Mercedes mobile home to be. It features a living room area with L-shaped seating, bathroom, kitchenette, and a double bed. The floor and kitchen counter are finished in stone, and nearly everything else is finished in wood veneer with bird's-eye maple that's quintuple lacquered in polished for maximum gloss. LEDs provide interior lighting.

Assuming there is anyone to communicate with after the apocalypse, the Zetros comes with its own satellite dish and built-in internet connection. A Bose audio system and LED screen can keep occupants entertained while they wait for the fallout to dissipate.

An onboard lithium-ion battery pack and solar-energy system provide power for those toys, and the Zetros' ability to store 79.2 gallons of water and 158 gallons of diesel allow for extended stays away from civilization.