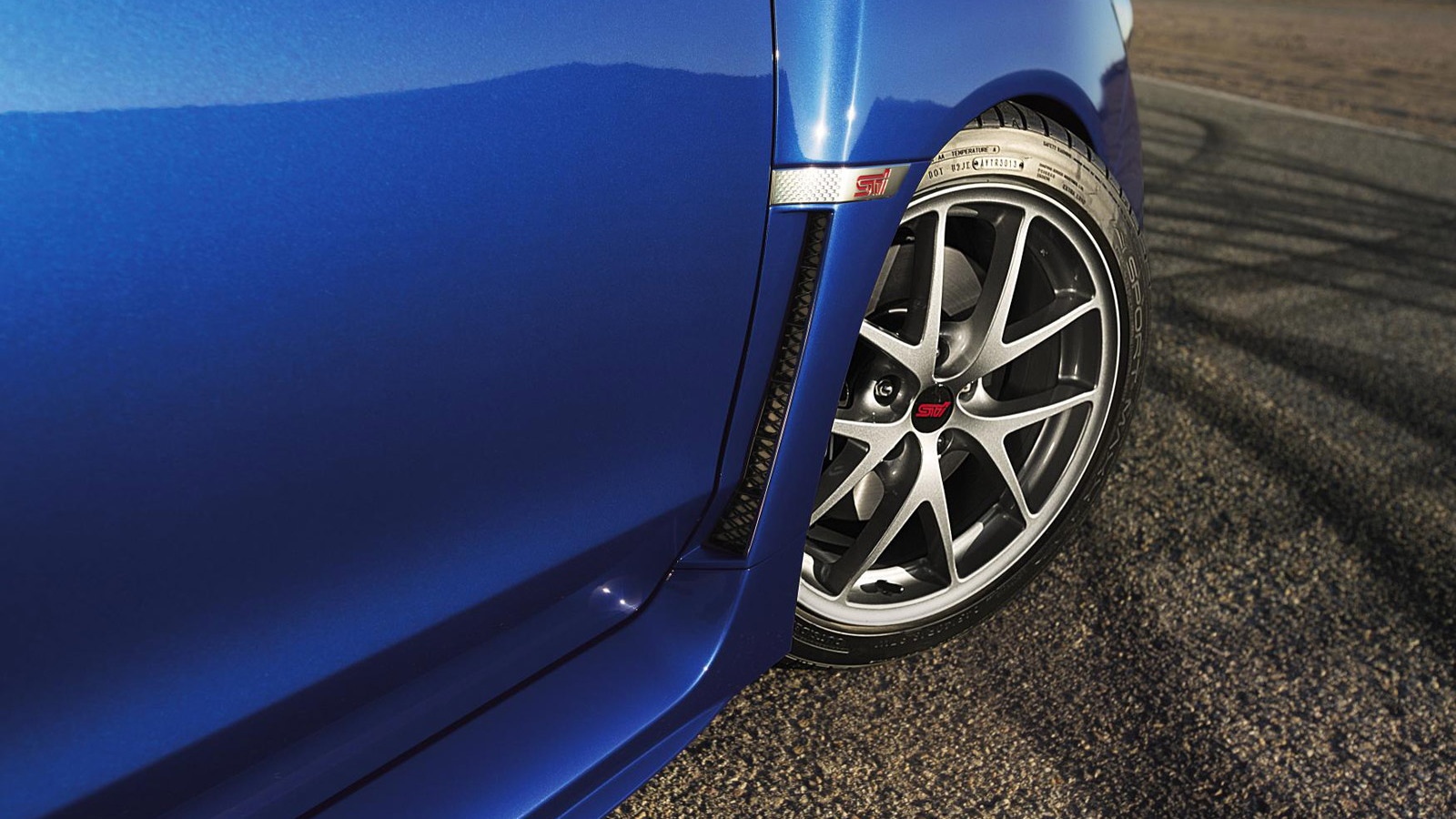 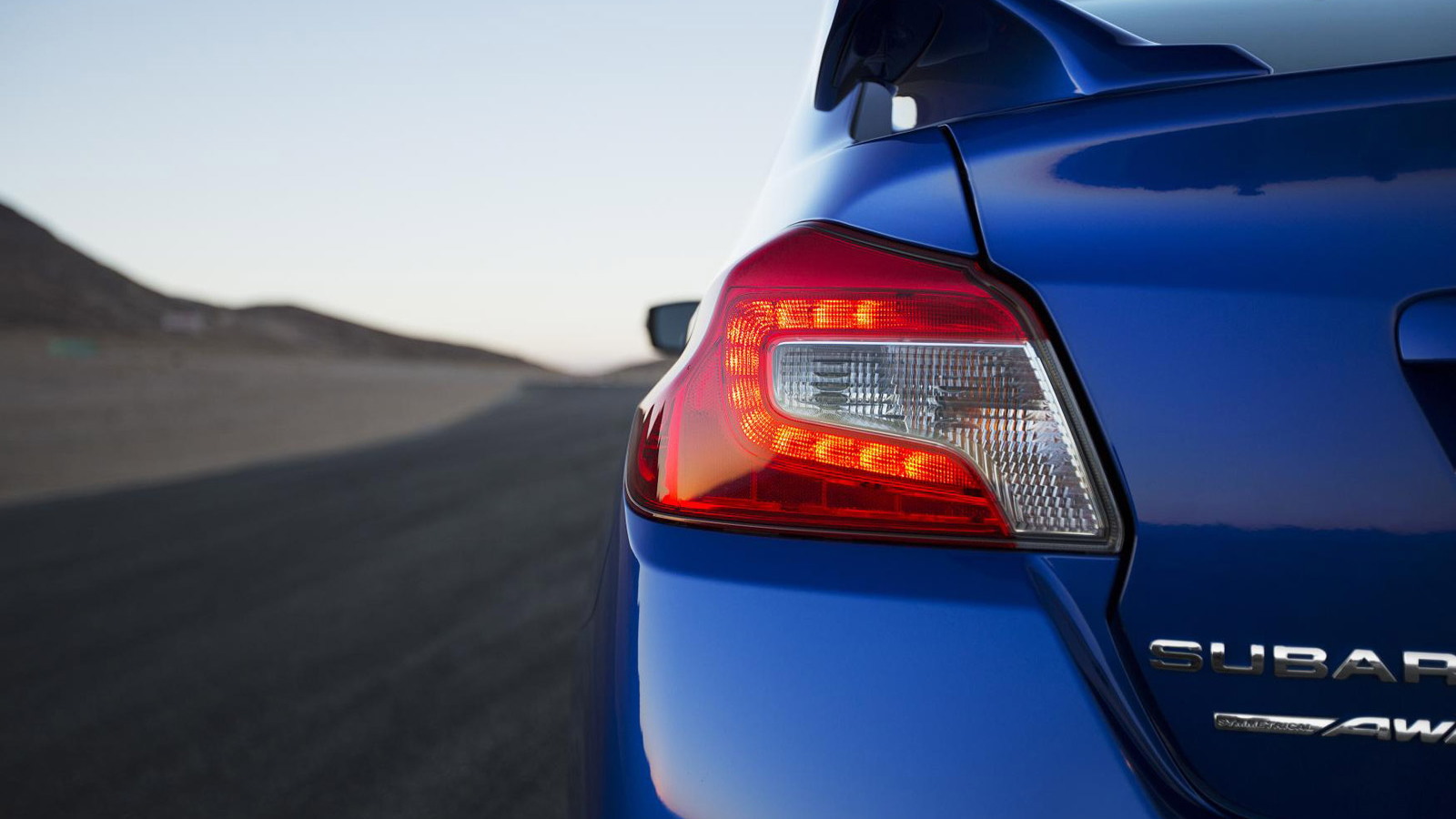 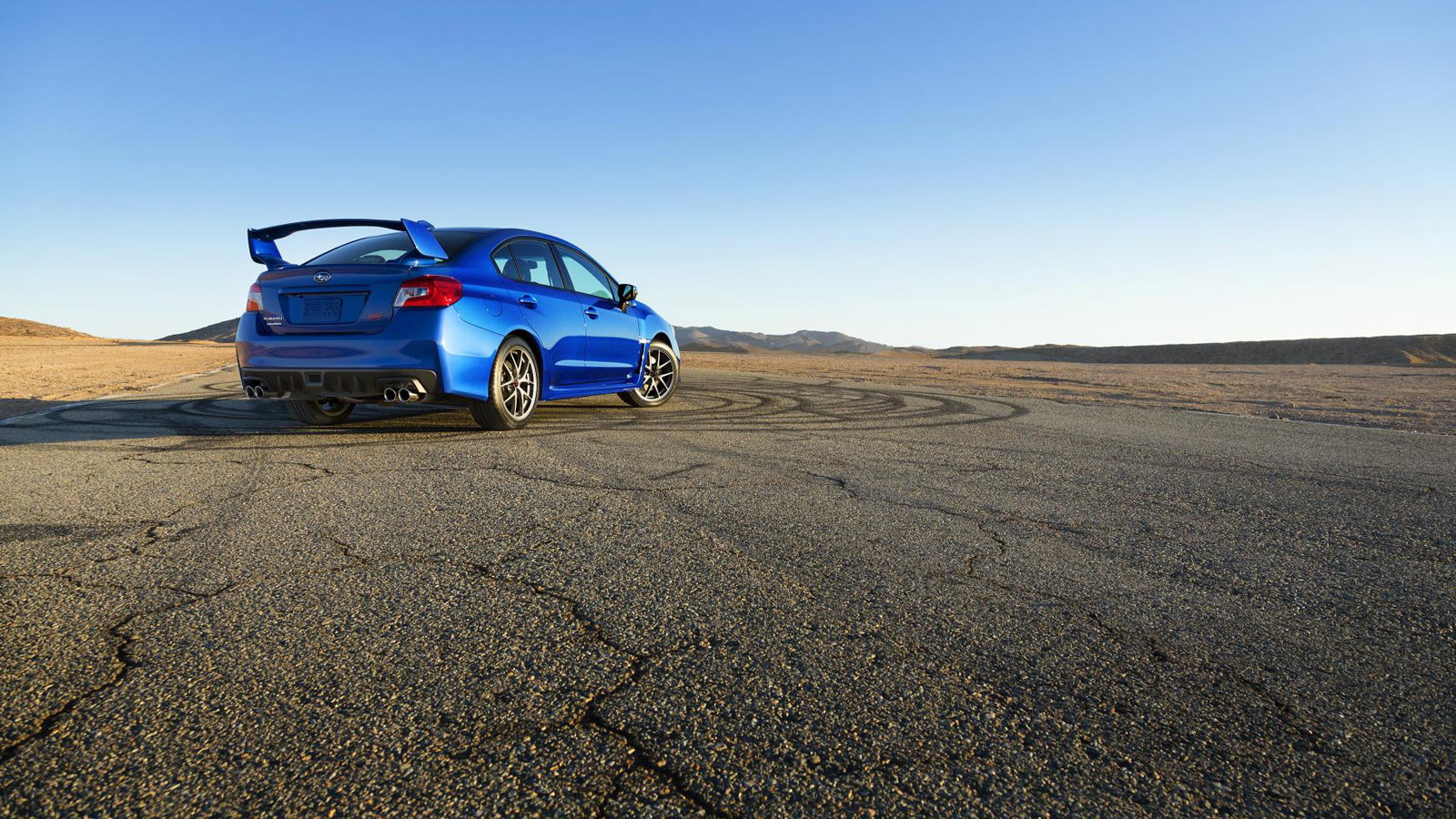 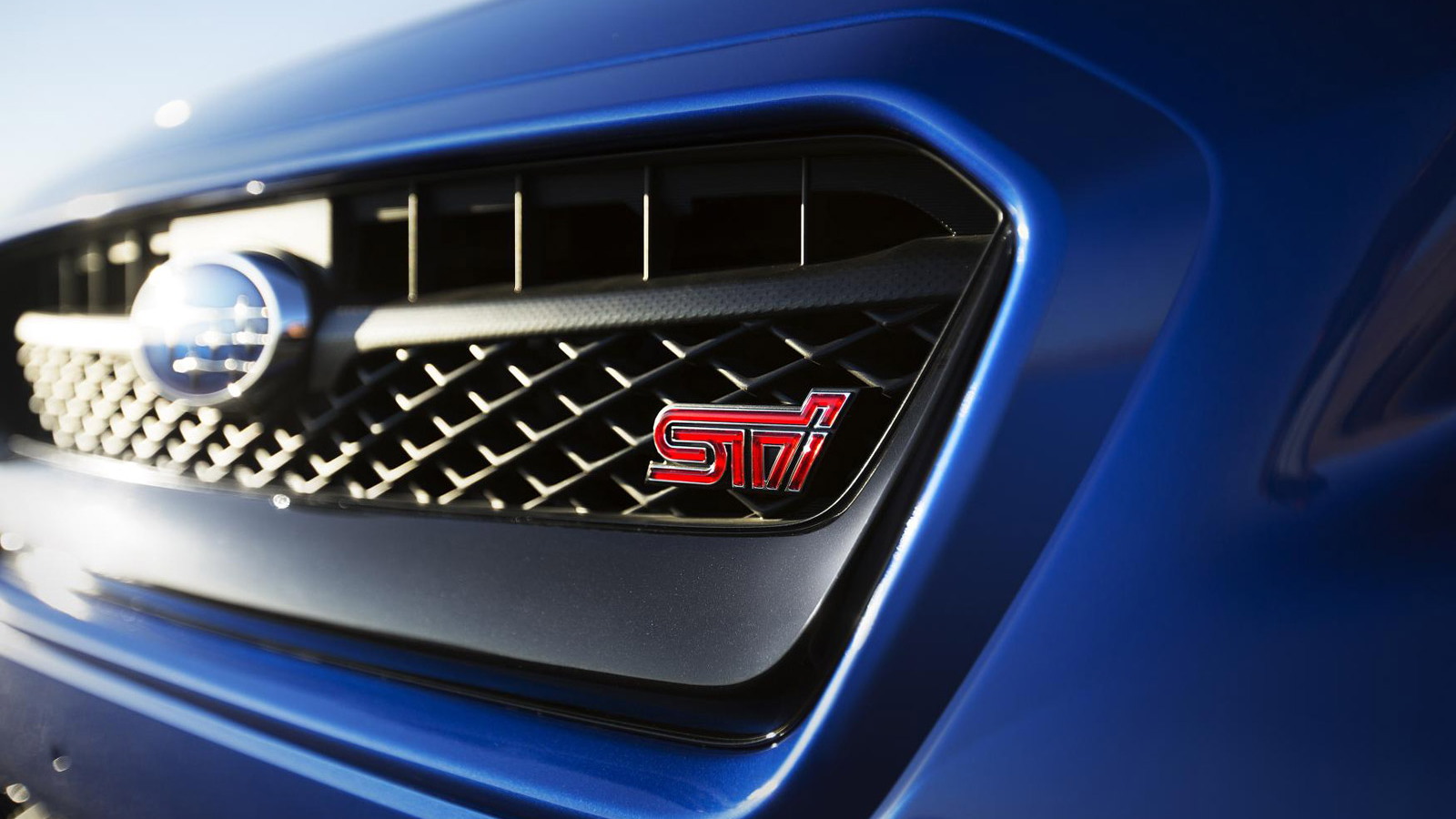 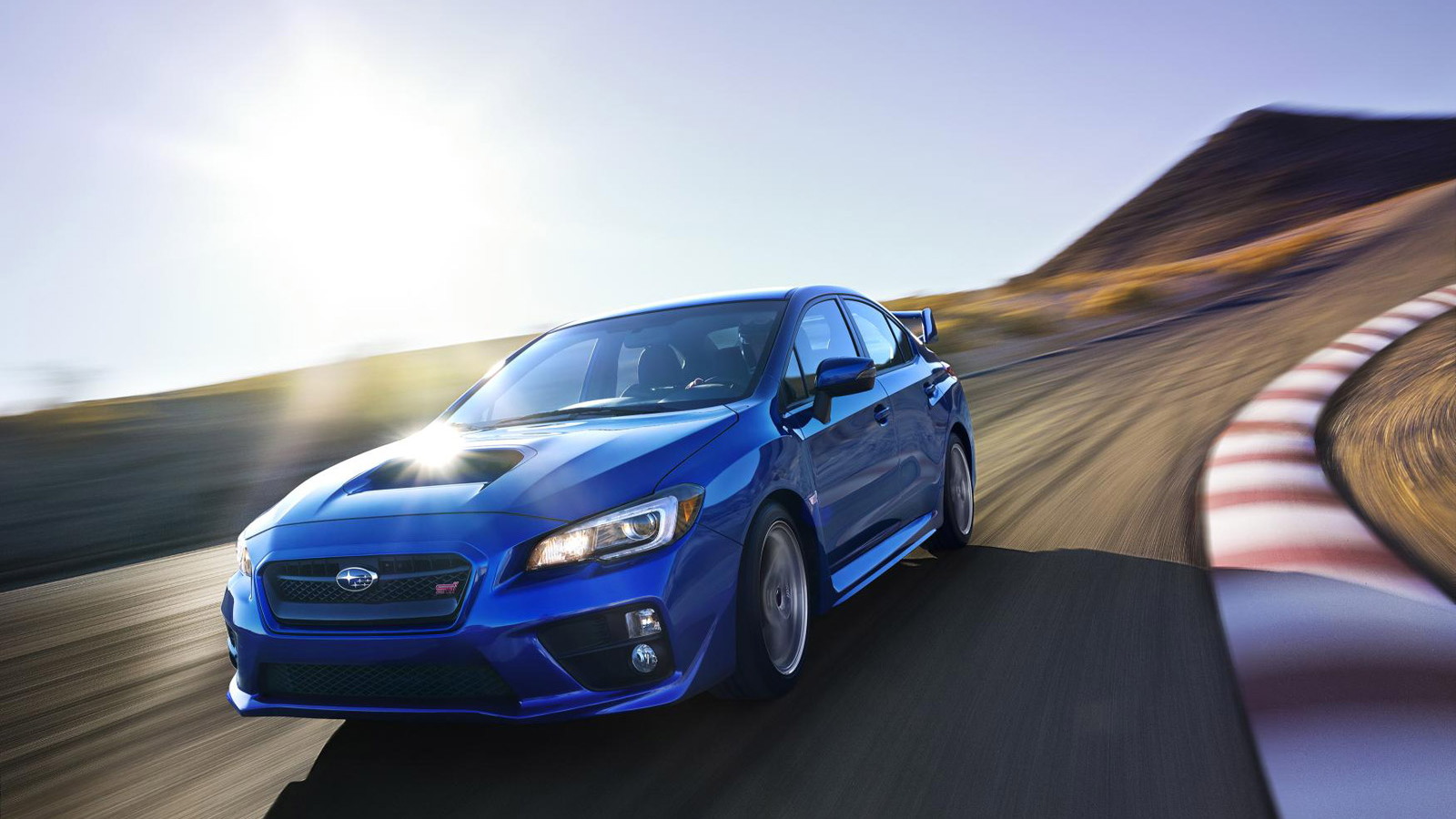 18
photos
Subaru has at last put a price tag—well a series of price tags—on its redesigned 2015 Subaru WRX lineup. And at the same time, it's rolled out all the numbers for the 2015 Subaru WRX STI.

With new features and much-improved performance, and prices bumped up negligibly if at all, the 2015 WRX is looking like a stronger performance value than ever—and one that you could drive year-round, as opposed to a lot of other performance models.

As we already know, the five-door models are gone from the lineup, and both models are now built on a stronger, wide-body sedan body style. WRX models get a stronger, 268-horsepower 2.0-liter direct-injection turbocharged flat-four engine, with an available Lineartronic CVT (and two modes of manual shift control). Jump up to the manual-only STI and you get an even stiffer chassis, plus firmer suspension tuning, serious performance-hardware upgrades, and quicker steering—plus that model's carry-over 305-hp, 2.5-liter turbo engine.

And now Subaru has priced the 2015 Subaru WRX lineup that arrives this next month—as well as the high-performance WRX STI that's on the way just a short time later.

WRX adds lots of value for the money

Mid-range WRX Premium models are the same price as last year, and they add an All-Weather Package that includes heated front seats, heated mirrors, and a windshield wiper de-icer, as well as fog lamps, a trunk spoiler, and a moonroof.

Track-ready STI holds the line on base pricing

As for the STI, it locks in last year's pricing—$35,290 with destination—yet adds Active Torque Vectoring to the array of technologies, which still include the Driver Controlled Center Differential (DCCD), a multi-mode stability control system, and Brembo performance brakes.

On all STI models, you get dual-zone automatic climate control, the All-Weather Package, and upgraded audio as in the WRX. STI Limited models get leather upholstery, a power driver's seat, a sunroof, and Harman/Kardon audio, for $39,290.

Enthusiasts will probably want to get in line for the WRX STI Launch Edition—an especially attractive version of the 2015 Subaru WRX STI that includes gold-painted 18-inch BBS alloy wheels as well as WR Blue Pearl paint that's a familiar competition color. With it, you also get special blue interior highlights and a short-throw shifter, plus keyless start, at a total price of $38,190.

We have more advice for you on the 2015 WRX STI—and we might just have driven it—but you'll have to check back next week for the word. Until then, see our first drive of the 2015 Subaru WRX.