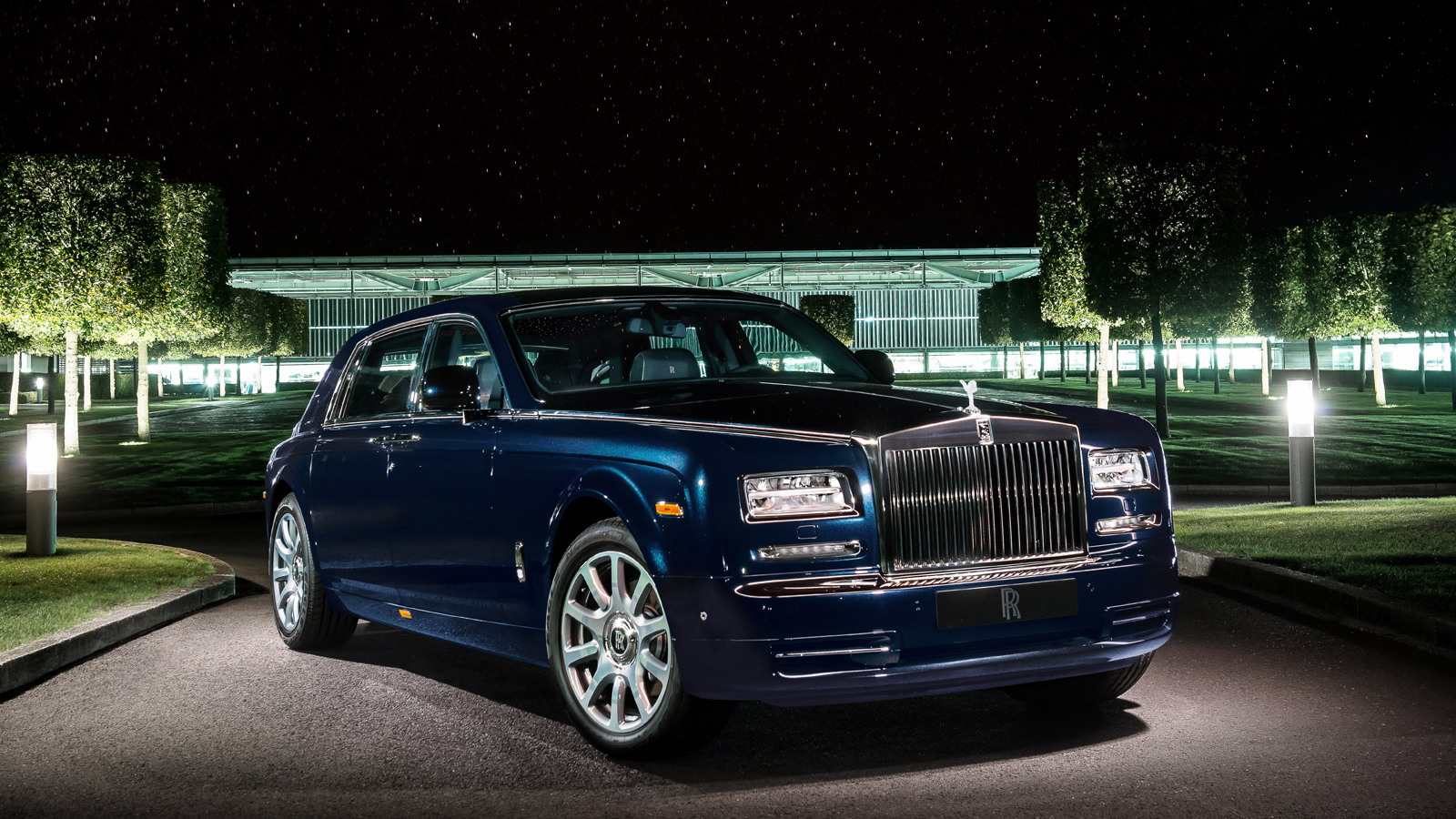 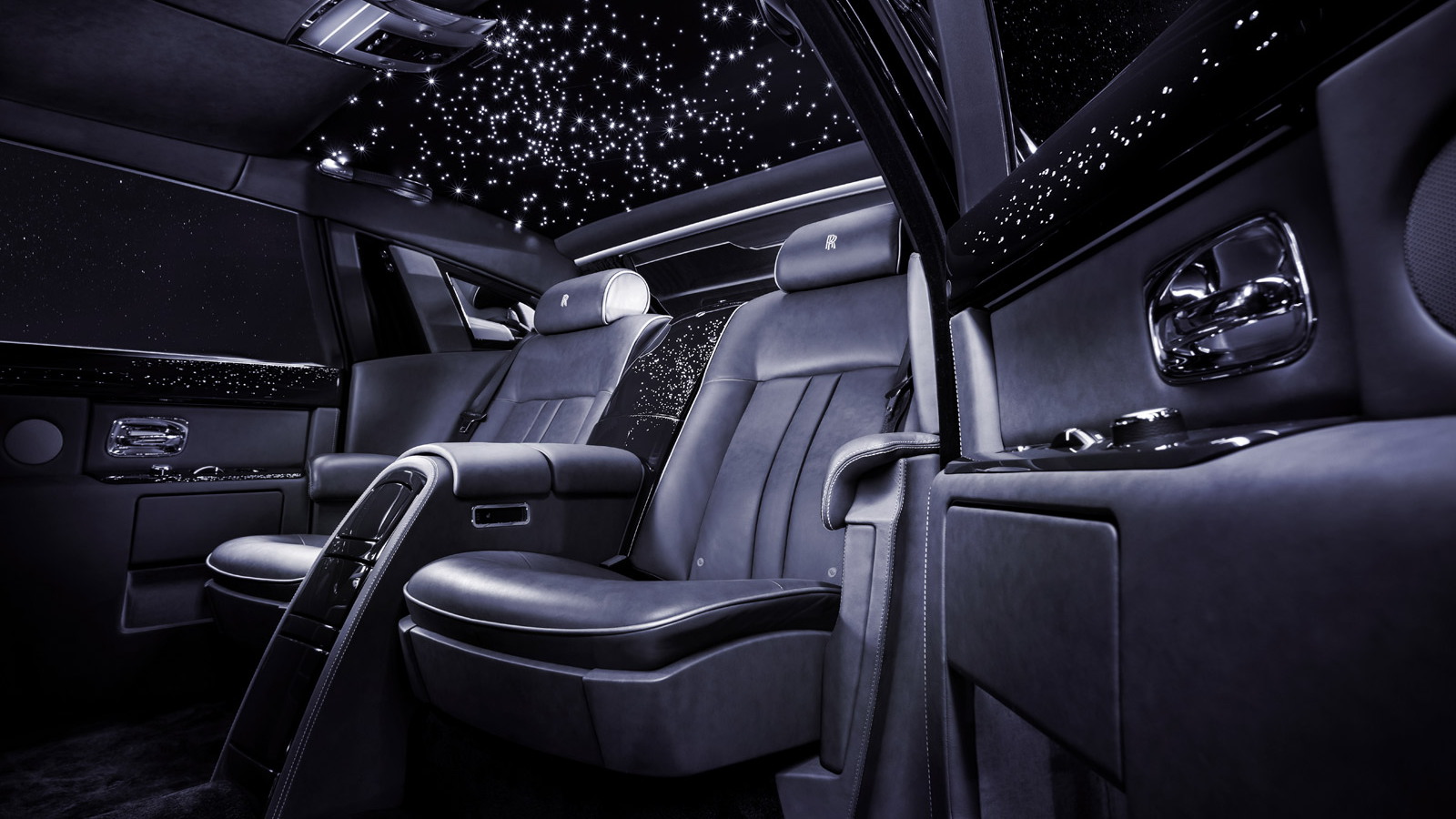 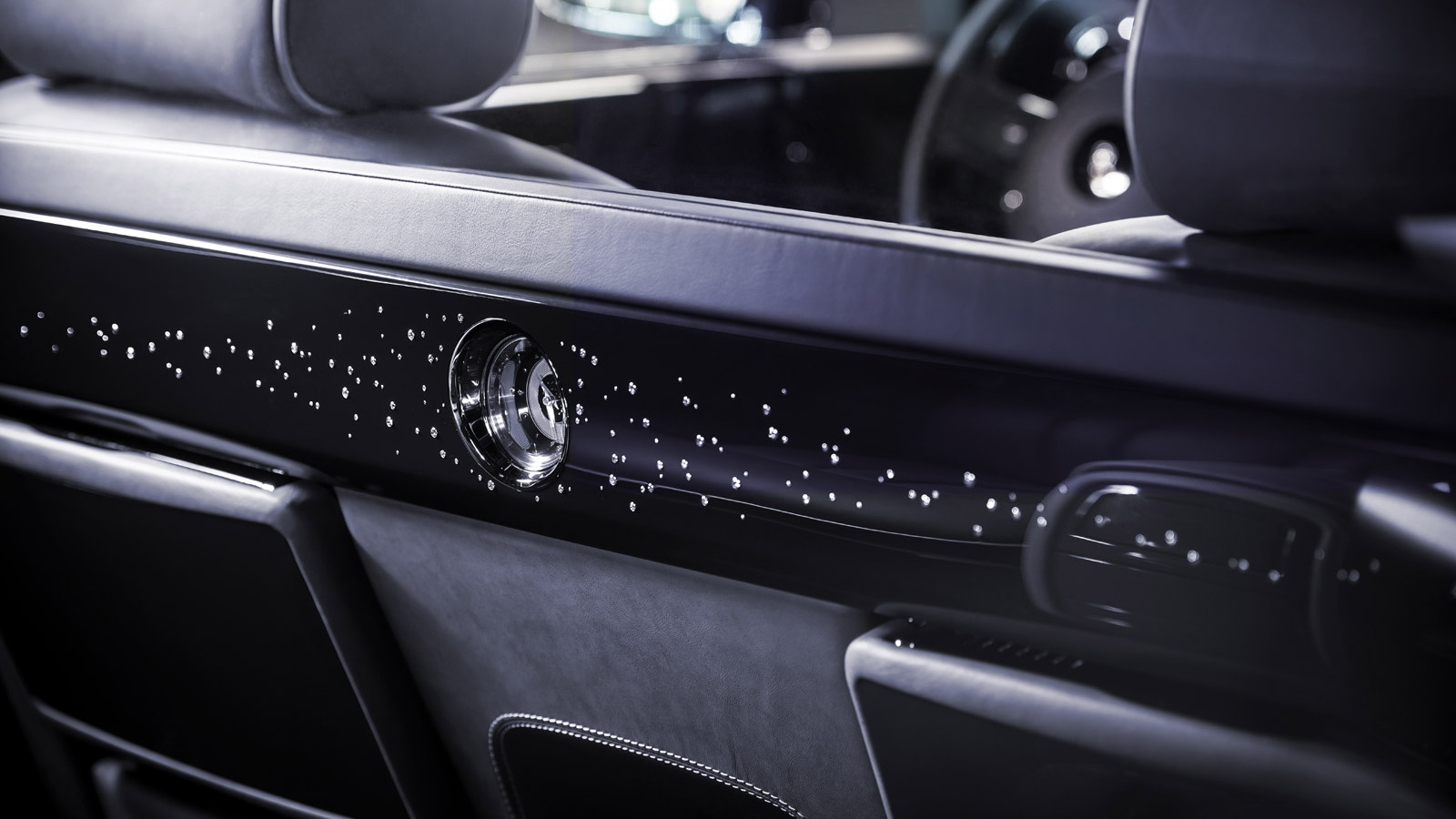 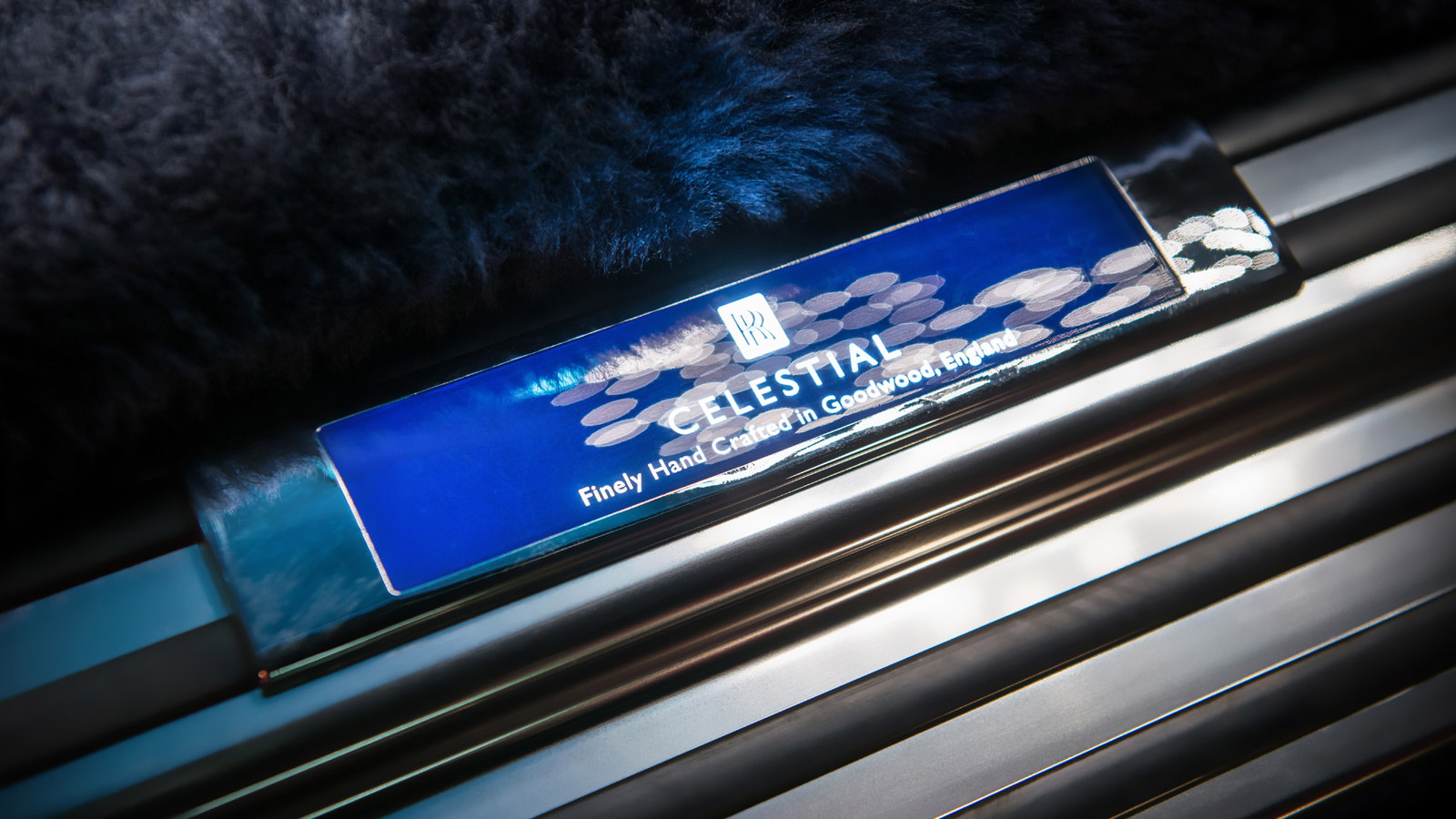 4
photos
As if Rolls-Royce's Phantom wasn't ostentatious enough, the British automaker decided to cover it with diamonds. Yes, Rolls-Royce is showing an updated version of the Celestial Phantom--originally unveiled at the 2013 Frankfurt Auto Show--with some new jewelry at the 2013 Dubai Motor Show this week.

The Celestial Phantom was created to celebrate the birth of the Phantom, which happened January 1, 2003 at midnight, according to Rolls-Royce. So the craftspeople at the Rolls-Royce Bespoke personalization division decided to replicate the sky on that night, inside the car.

The Starlight Headliner Rolls-Royce offers on other cars mimics the night sky, but on the Celestial Phantom it shows the exact position of every star on January 1, 2003. Now, Rolls-Royce is taking things a step further.

For its Dubai debut, the Celestial Phantom gets 446 diamonds hand-set into the door caps, center-console lid, and rear privacy divider. Why cover a Phantom in bling? According to the automaker, the Middle East is the biggest market for its bespoke cars, so a special offering seemed appropriate for the Rolls' stand at Dubai.

The diamond-encrusted Celestial Phantom will be joined by two other Rolls-Royce Bespoke cars at the Dubai show. The Phantom Coupe Chicane is a somewhat unlikely performance-oriented Rolls, built as a tribute to the Goodwood Motor Circuit, which is located near the company's headquarters. And joining the two Phantoms will be the Alpine Trial Centenary Collection Ghost, which memorializes Rolls' victory in the 1913 Alpine Trial.

For more Dubai Motor Show news, head over to our dedicated hub.