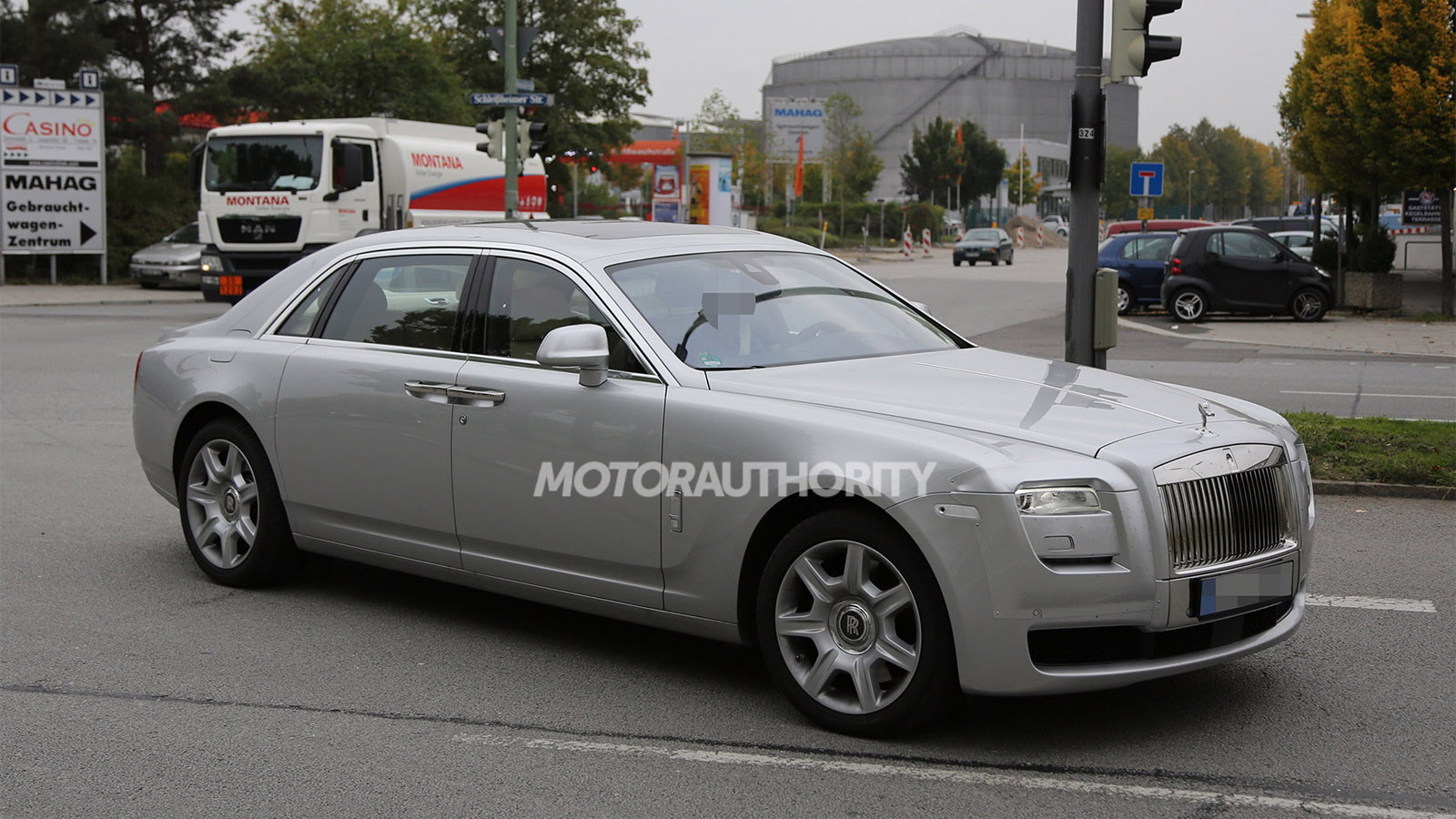 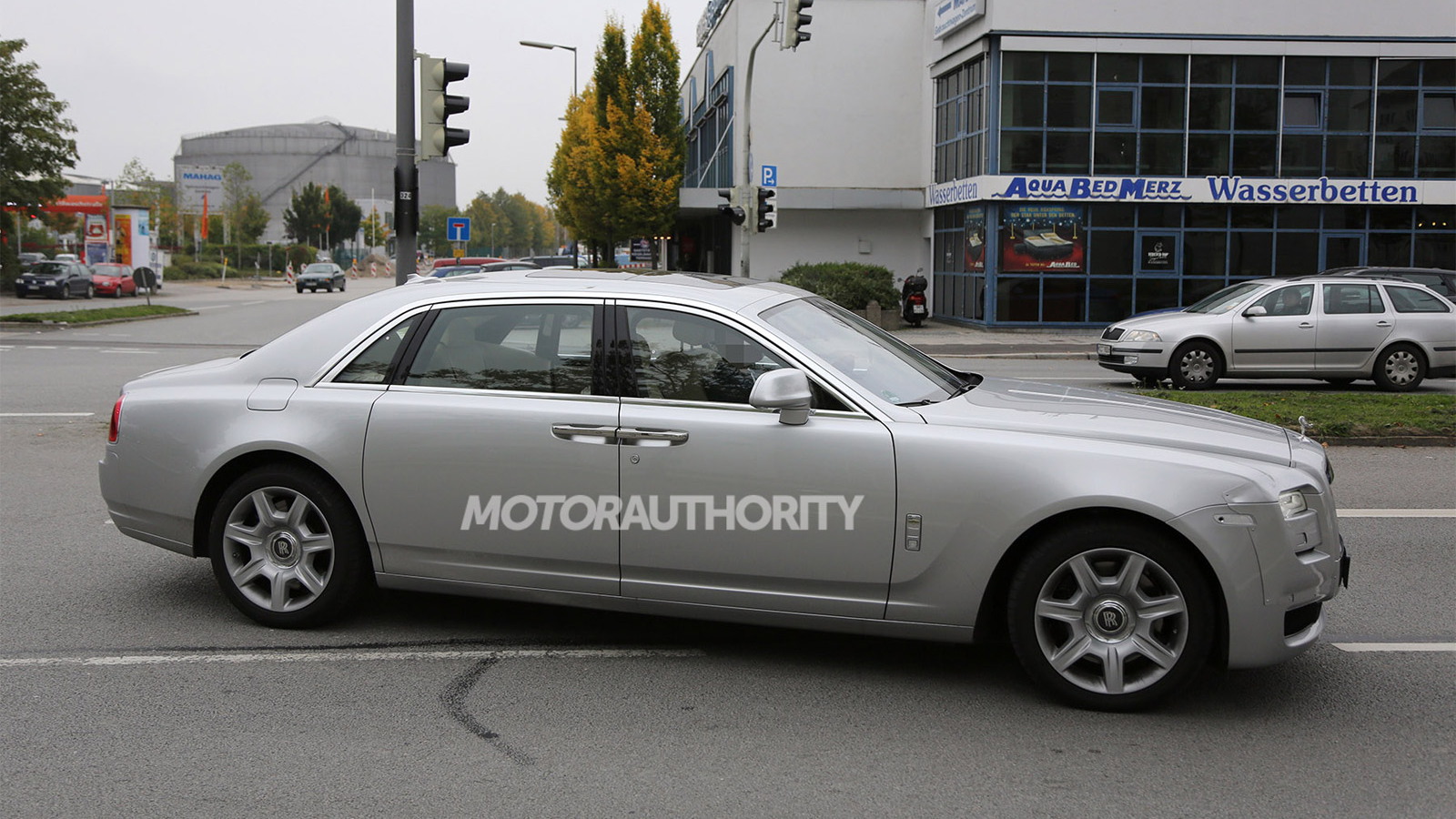 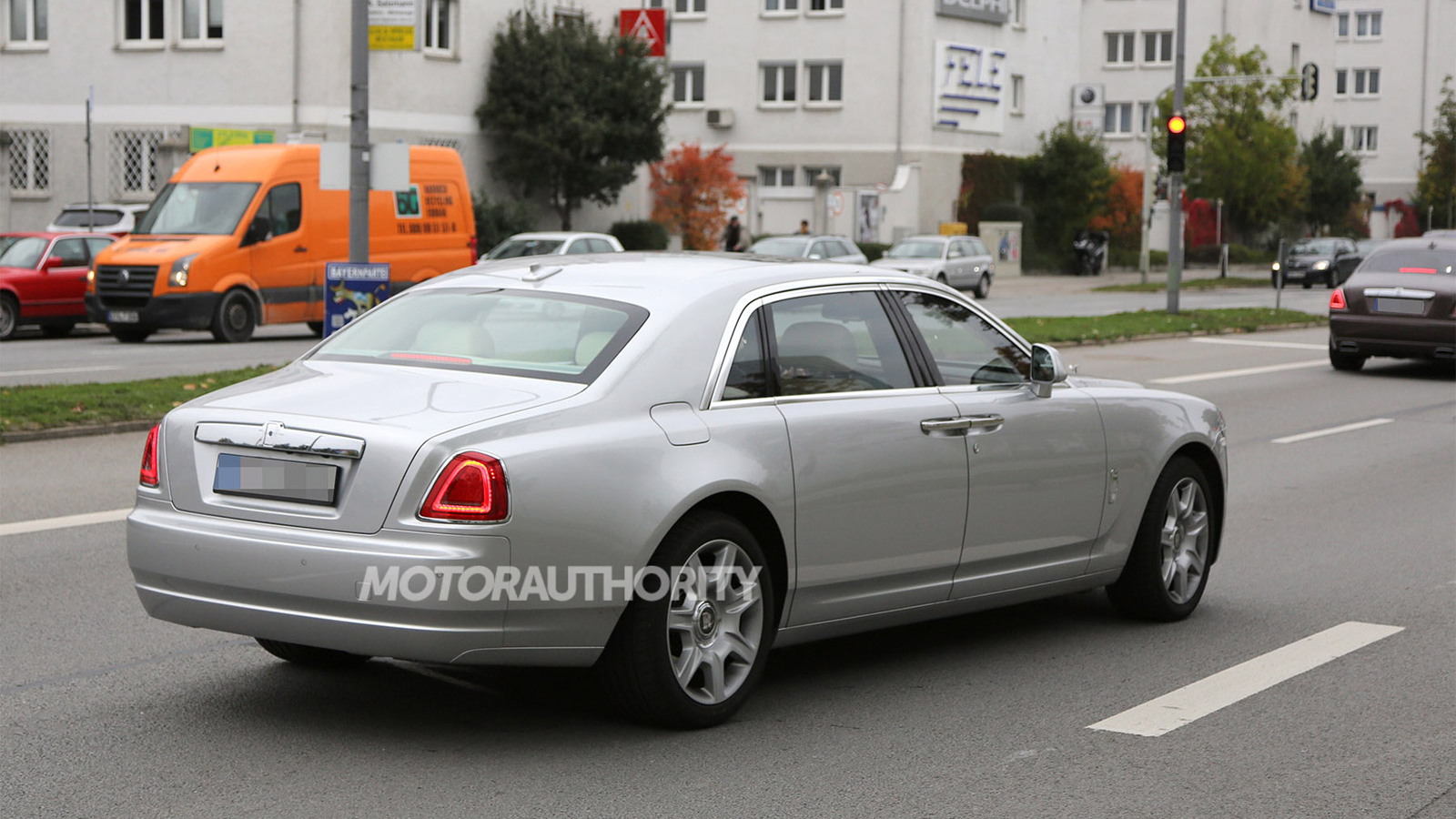 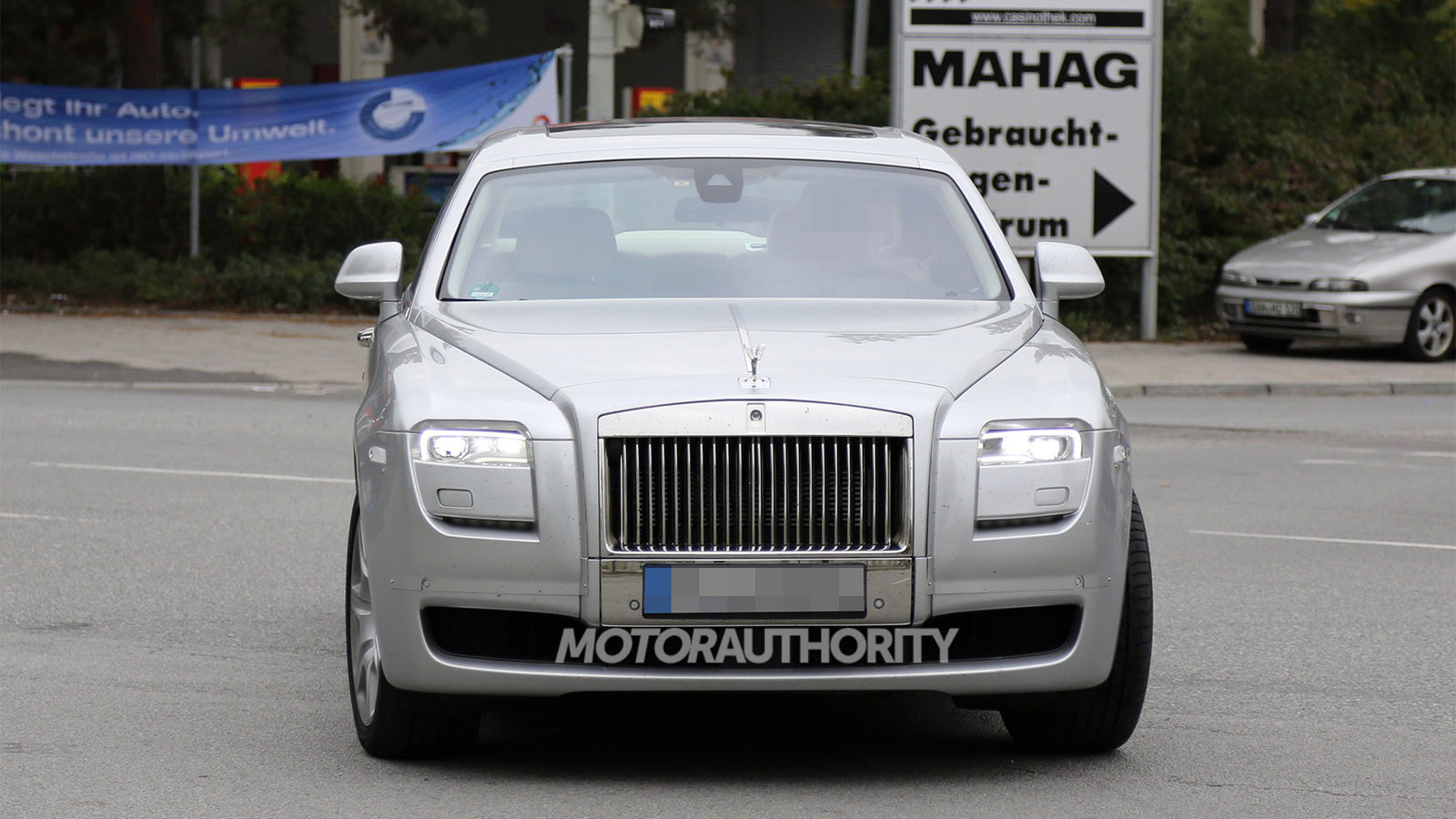 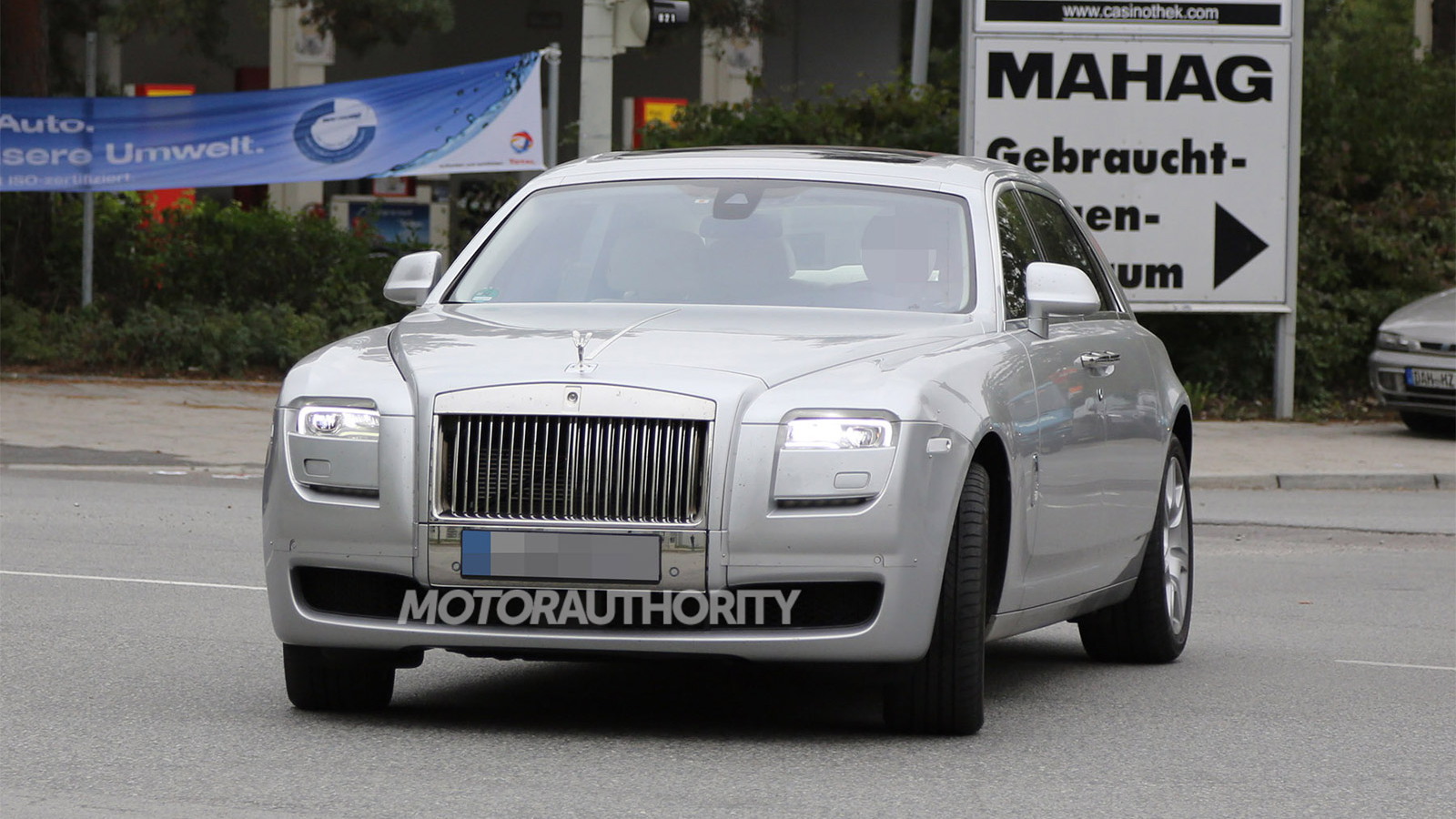 17
photos
Rolls-Royce is preparing a minor facelift for its Ghost sedan and we now have some new spy shots of a prototype for the updated car. It is expected to go on sale in the middle of next year, as a 2015 model.

Given the lengthy lifespan of your typical Rolls-Royce, it’s not unusual to see frequent yet minor updates implemented. In fact, the Ghost, first launched in 2010, received some updates and a small price hike only a year ago and now it looks like it’s in store for more changes.

This time around, designers are adding some tweaks to the exterior. There will be changes to the internal structure of the headlights and parts of the bumpers, as evidenced by the camouflage gear at the front and rear sections of the prototypes. The shot below, which shows the prototype for the 2015 Ghost next to the current model (in brown), reveals the subtle differences.

Inside, look for some new trim elements and options borrowed from the sportier Rolls-Royce Wraith. There should also be some updated infotainment technology, like that being introduced across the BMW lineup.

As for the hardware, don’t expect many changes to the existing Ghost’s twin-turbocharged 6.6-liter V-12, which rates at 563 horsepower and 575 pound-feet of torque. One likely possibility is the addition of the Wraith’s Satellite Aided Transmission, which uses satellite data to predict road conditions ahead pre-select the correct gear of the car’s ZF eight-speed transmission for the terrain--effectively shifting intelligently based on topological, road map, and other key data.

Stay tuned for updates as development progresses, and look for a reveal of the 2015 Rolls-Royce Ghost early next year, possibly at the 2014 Geneva Motor Show in March.