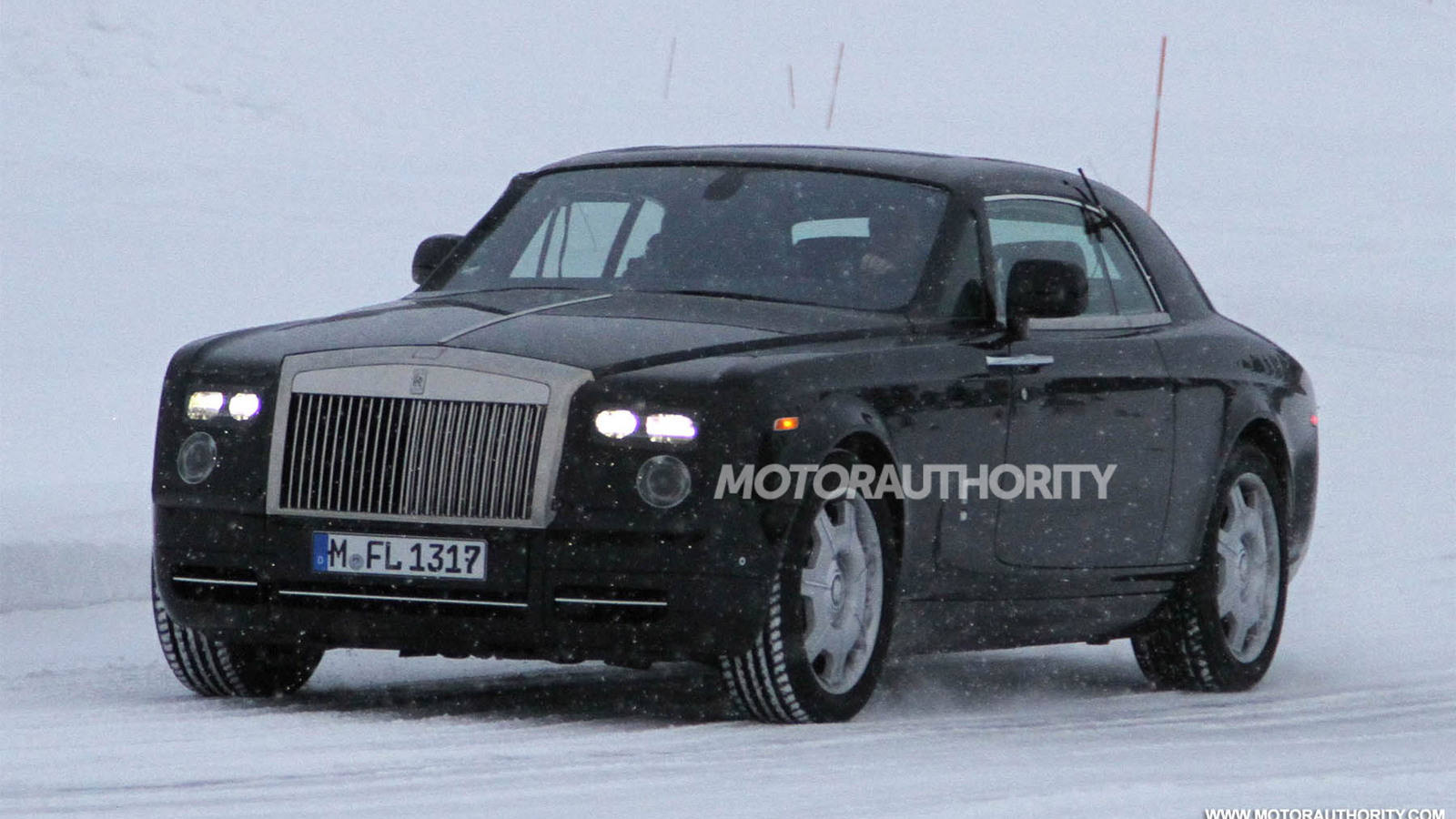 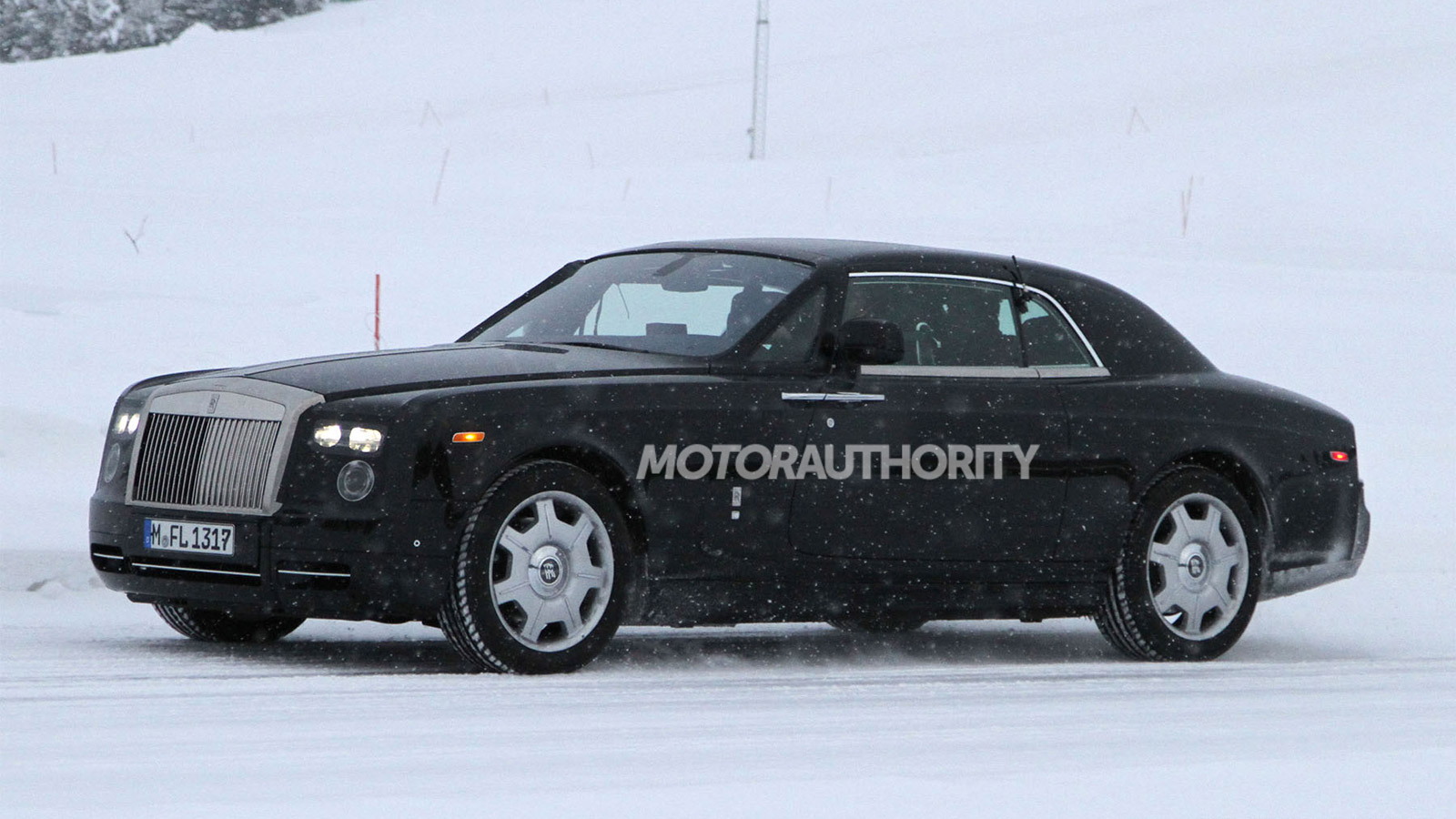 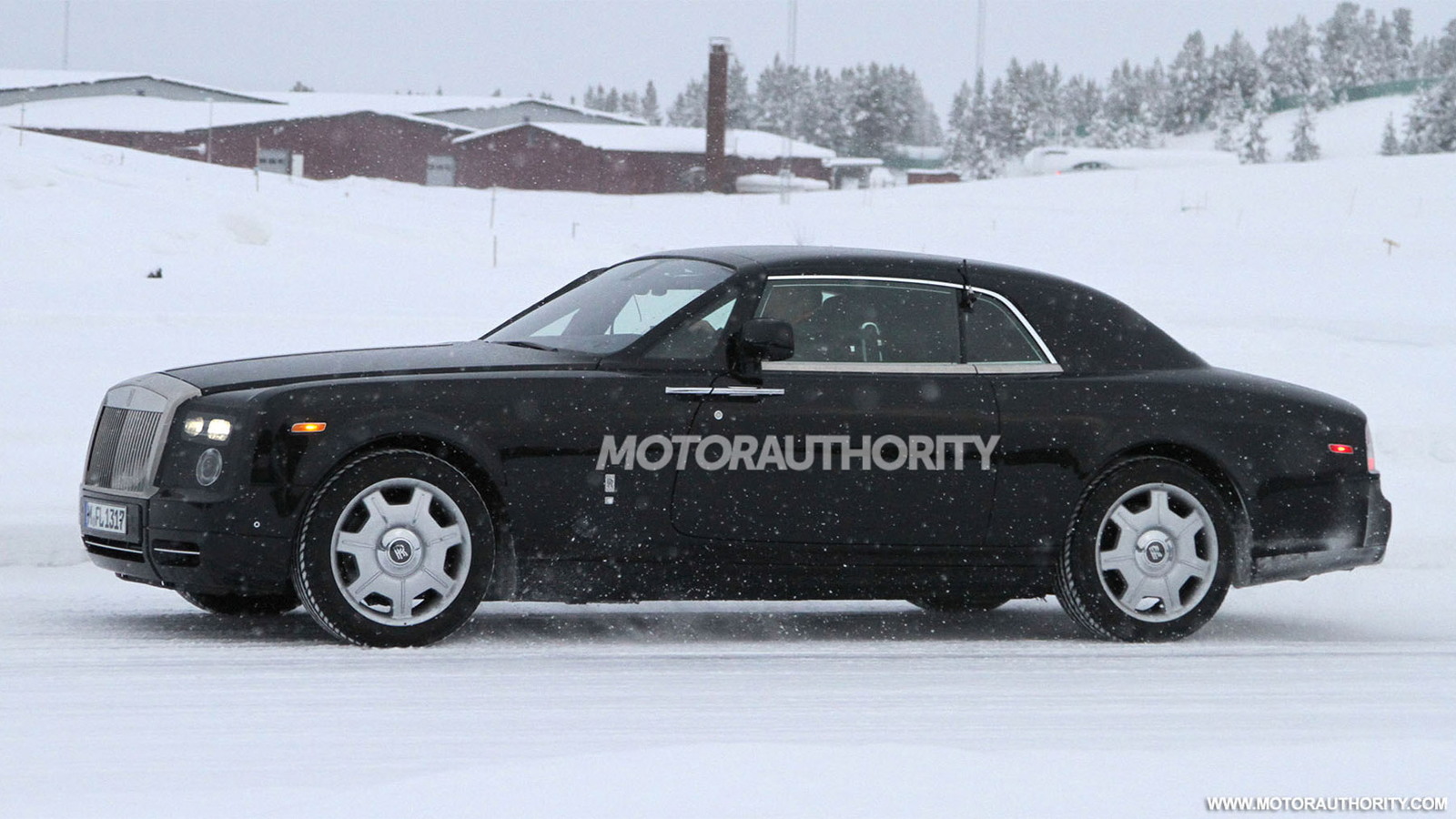 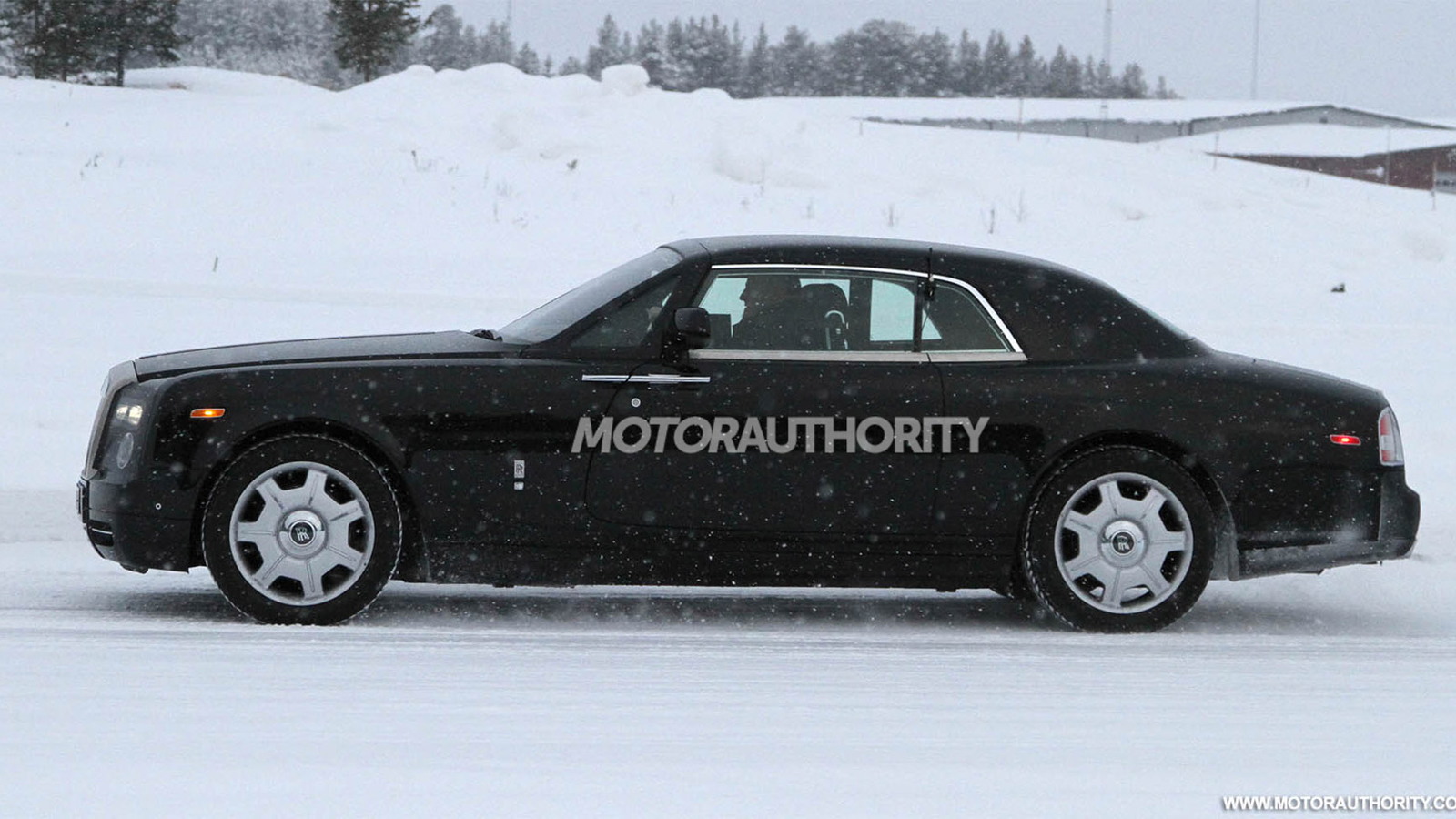 8
photos
It’s very rare that Rolls-Royce visually updates one of its models, especially when that particular model is the clear sales leader in its segment.

Nevertheless, a facelift is scheduled for the top-selling Rolls-Royce Phantom, bringing the car, which comes in sedan, coupe and convertible flavors, some fresh new styling for the 2013 model year.

The updated car, in this case a 2013 Rolls-Royce Phantom Coupe variant, has been spotted undergoing cold weather tests by our spy photographers.

The prototype clearly features new headlights as well as revised LED daytime running lights and updated bumpers fore and aft. There’s also the possibility that the iconic round lights may be replaced in this facelift as they’re covered up in these shots.

Not much else is known about the car though expect some updates to the interior and powertrain to go along with the new styling.

The Phantom’s 6.75-liter V-12, which is standard across the range and in its current form develops 453 horsepower, should be uprated to deliver more power though with less emissions. Finally, expect the navigation and infotainment systems to be updated with some new tech as well.