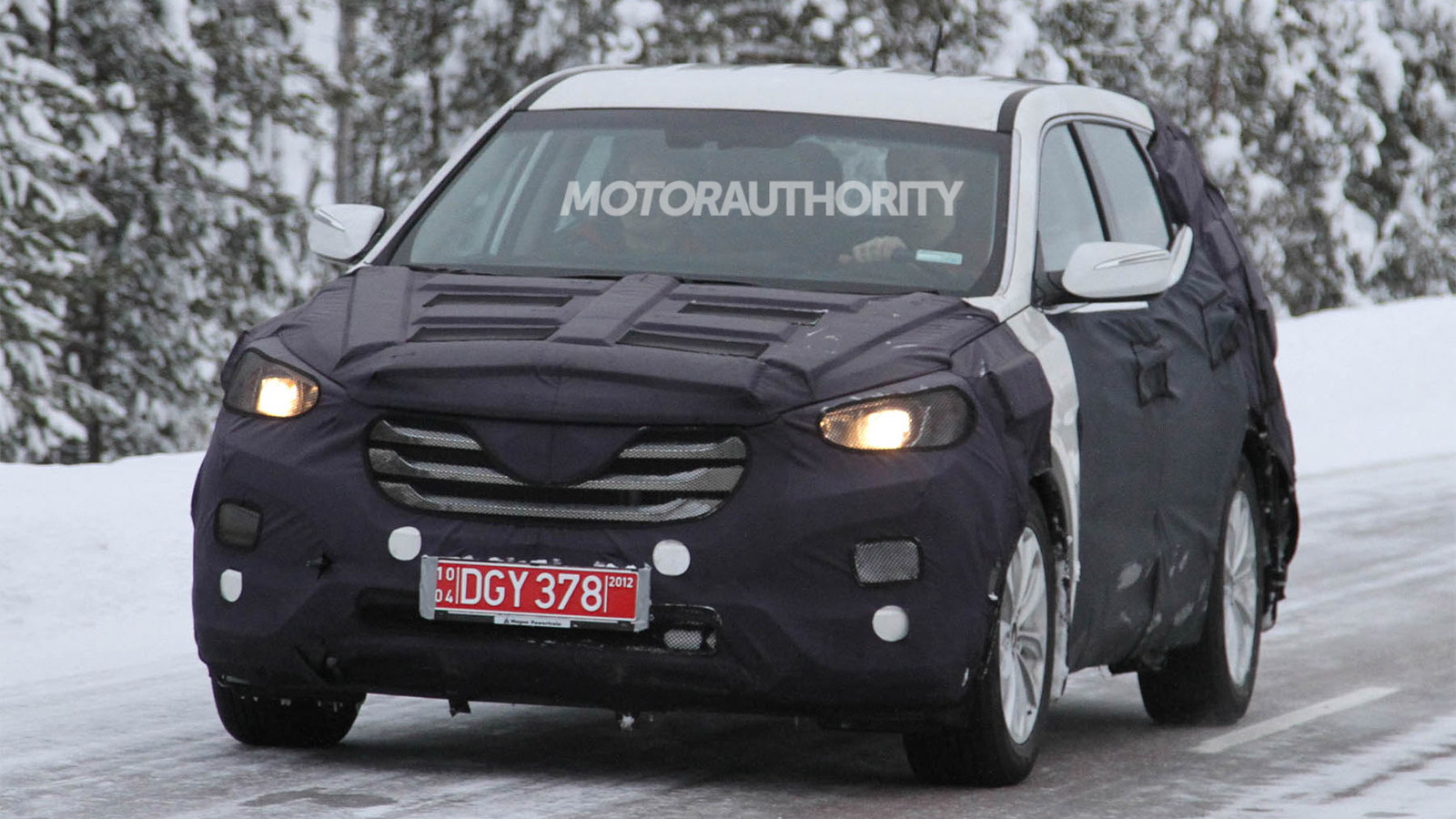 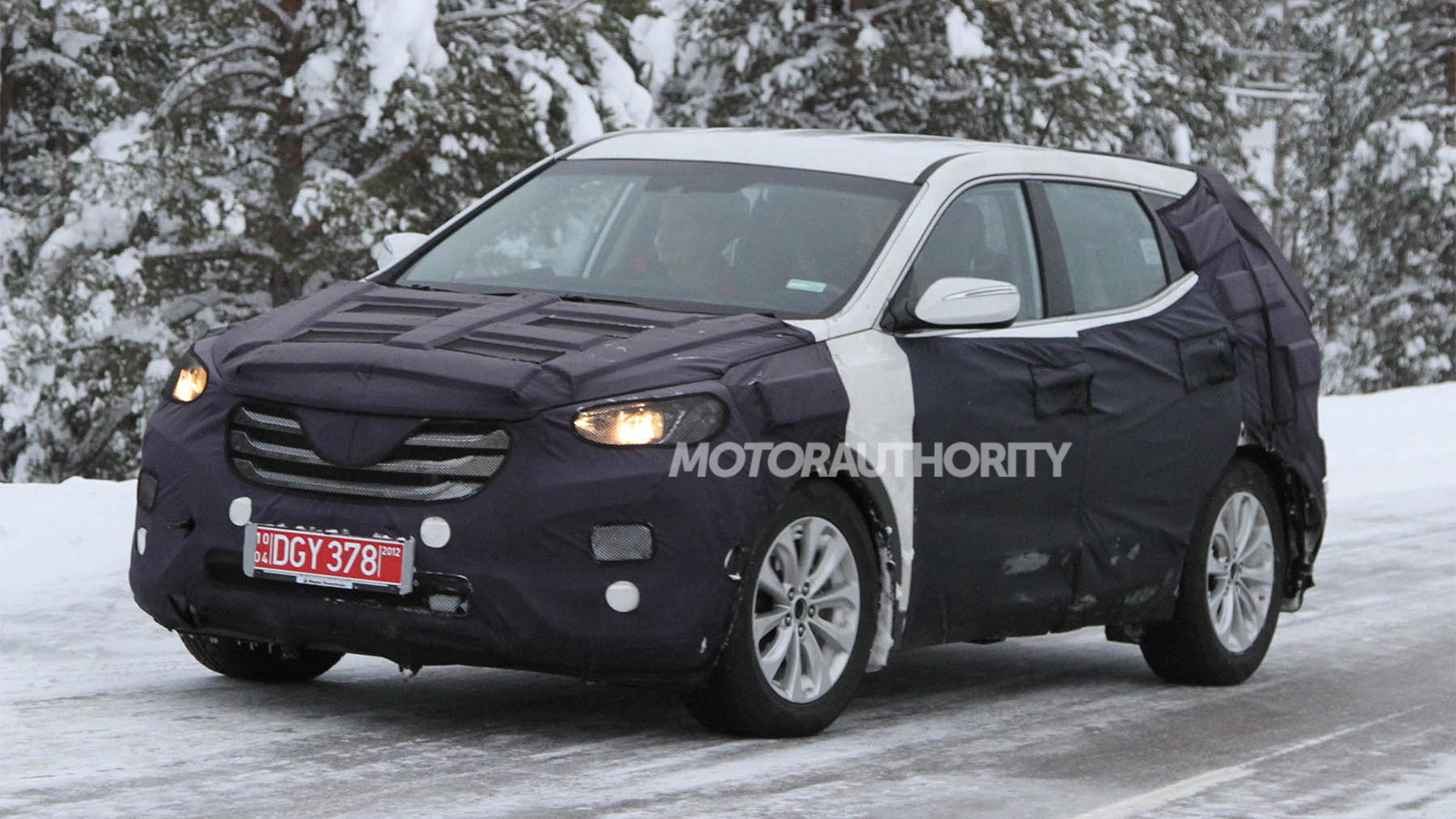 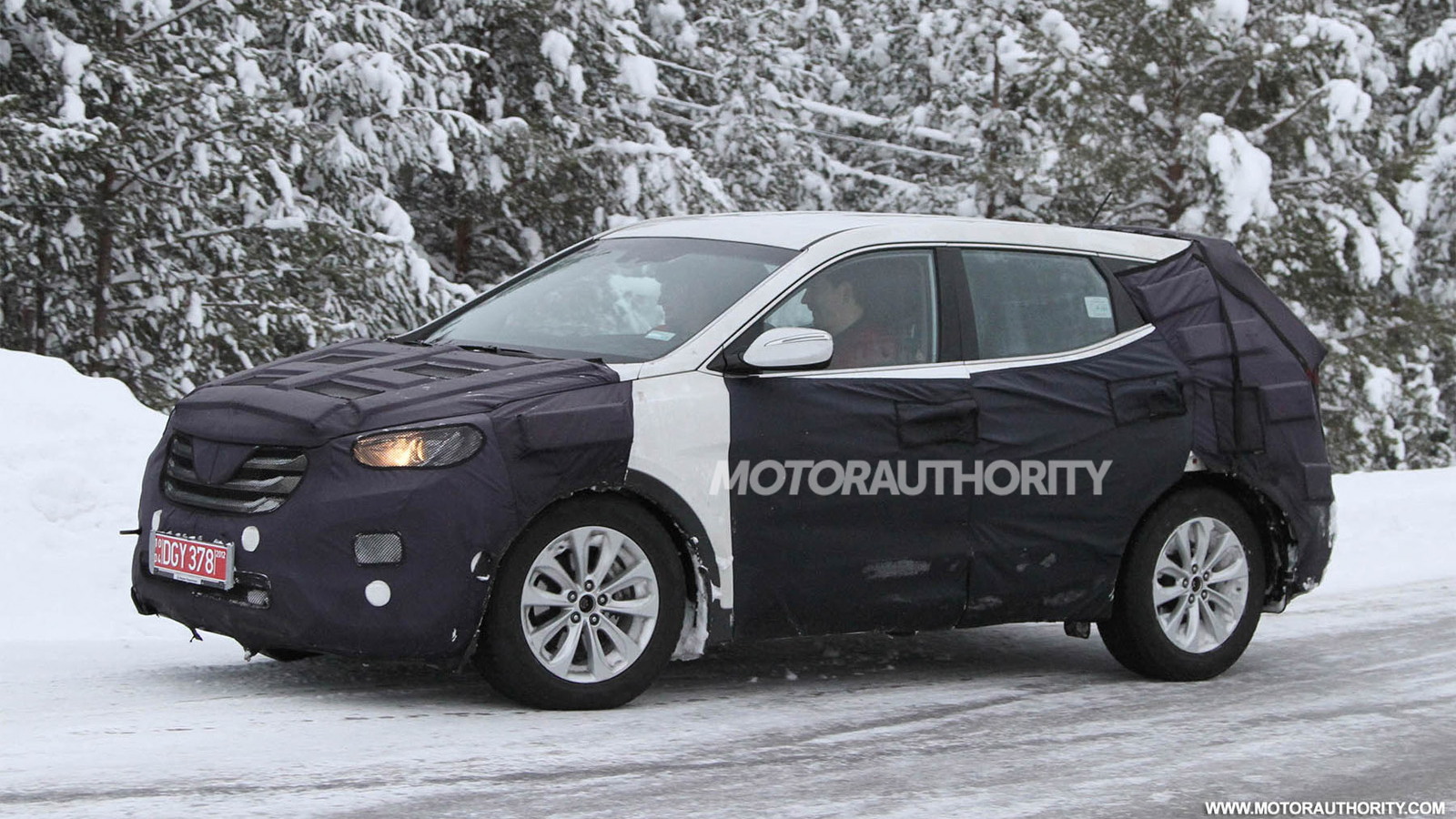 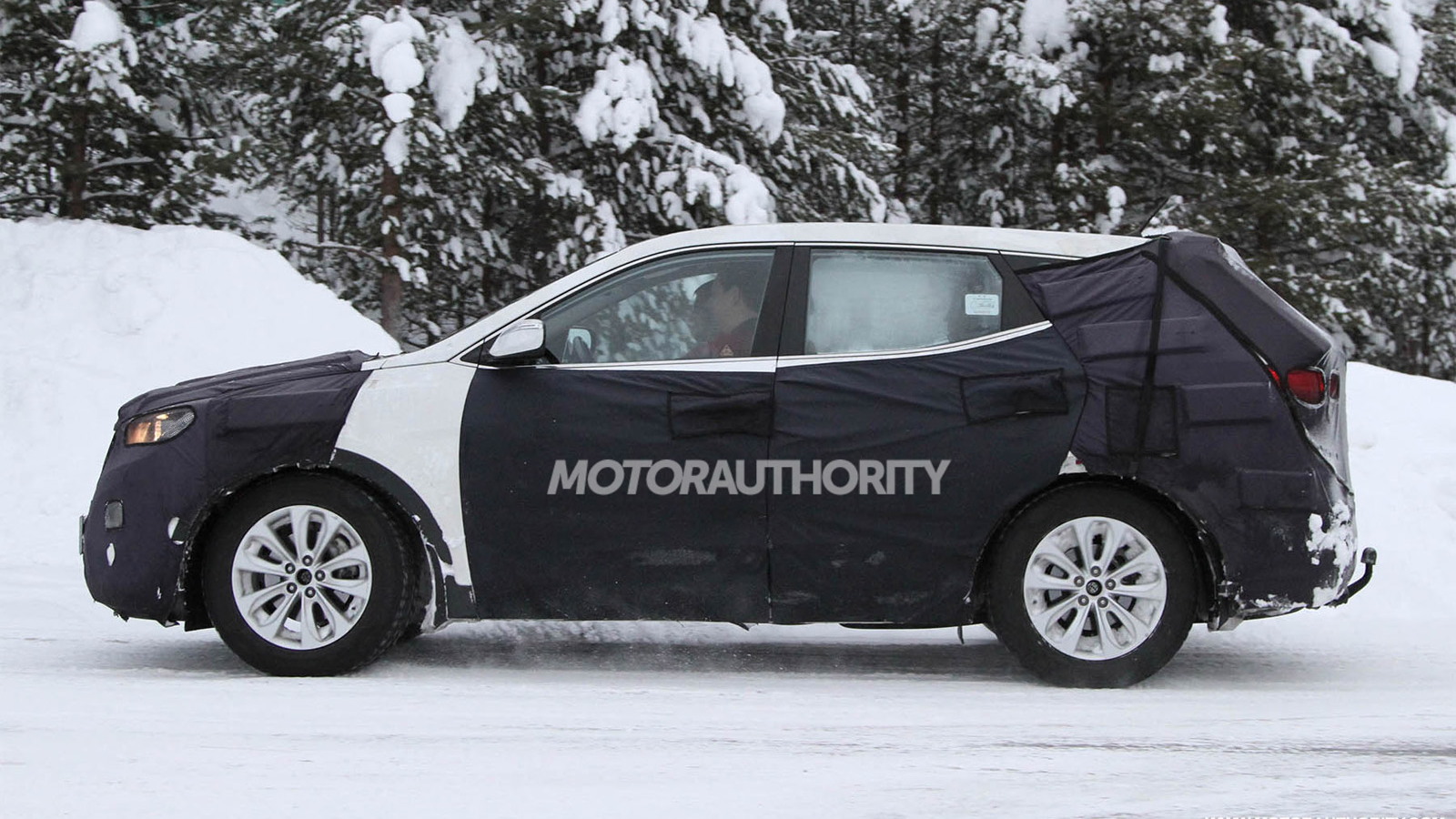 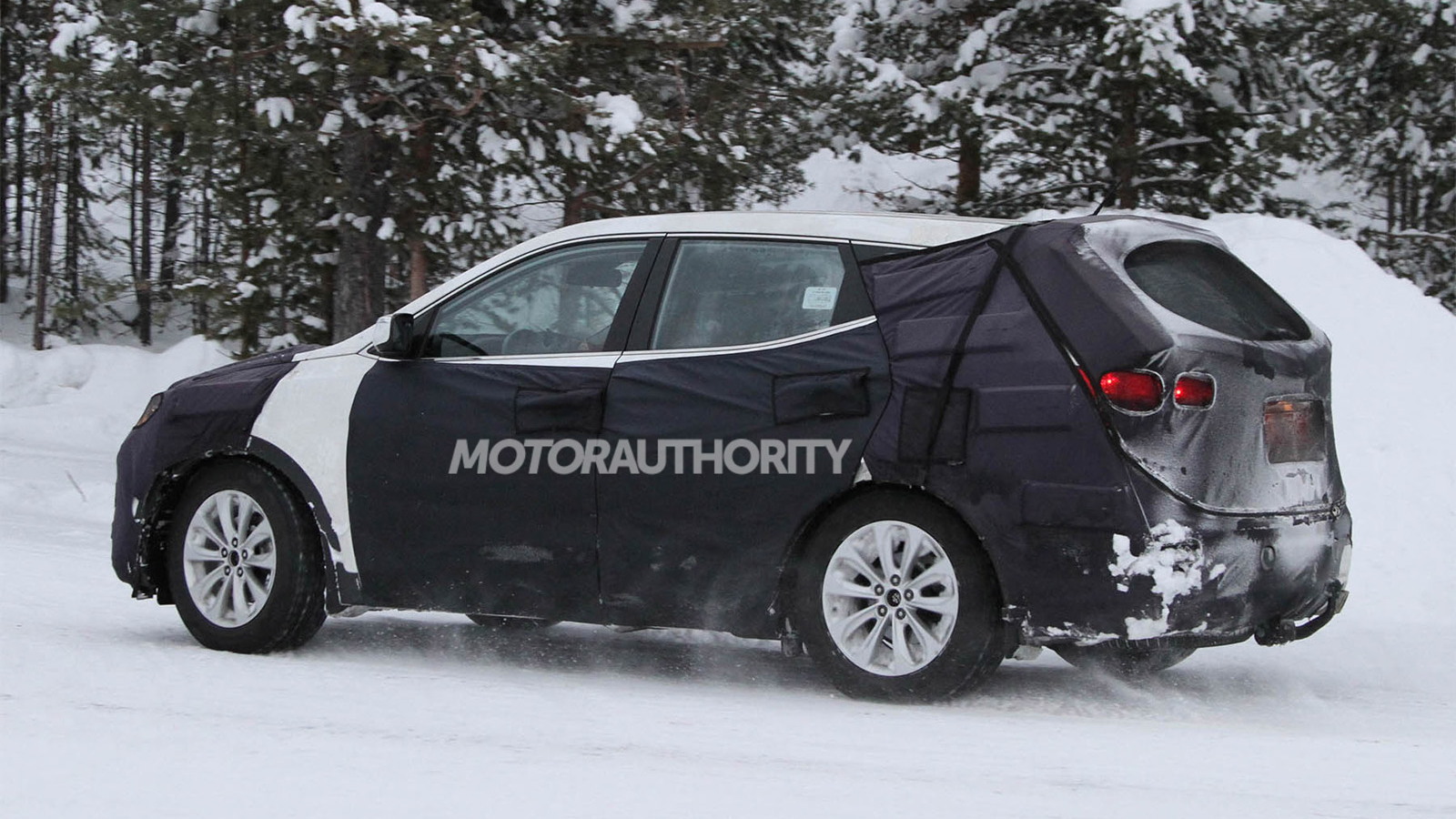 18
photos
A prototype for the new 2013 Hyundai Santa Fe (ix45 for our European readers) has been spotted once again, this time undergoing cold weather testing in the extreme conditions near the arctic circle.

From the latest spy shots, it appears as though the next-gen Santa Fe will grow slightly in size, helping to bring it closer in line with some of its rivals, two of which, a 2011 Ford Edge and 2011 Jeep Liberty, have been previously spotted testing alongside the Hyundai prototype.

The styling also reveals a much more fluid shape, especially around the window frames, while the hood sits much higher than on the previous model, and is capped with Hyundai’s latest grille design, similar to the unit seen on the 2011 Sonata and new 2012 Azera.

In terms of powertrains, expect the current model’s four-cylinder and V-6 units to carry over but with several revisions, such as the addition of direct-injection technology to make them more powerful yet more fuel efficient.

Additionally, Hyundai may follow Ford’s route and install its hot 274-horsepower 2.0-liter turbo engine in the new Santa Fe to give it a better chance against the competition.

In terms of transmissions, expect a six-speed manual to remain as standard with a six-speed automatic as an option.

Look out for a sales debut of the 2013 Hyundai Santa Fe in the second half of the year following an appearance at the 2012 New York Auto Show this April.