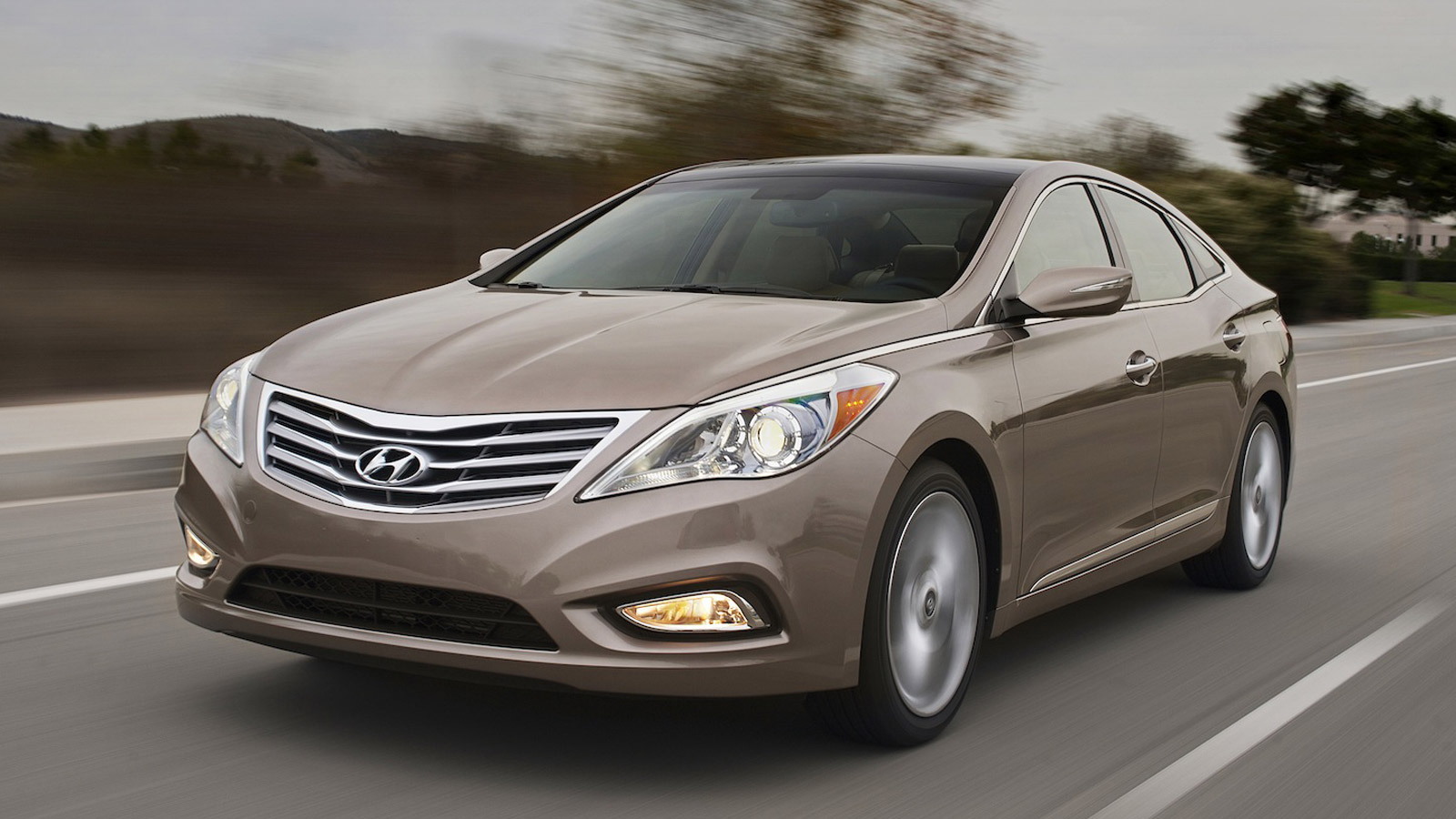 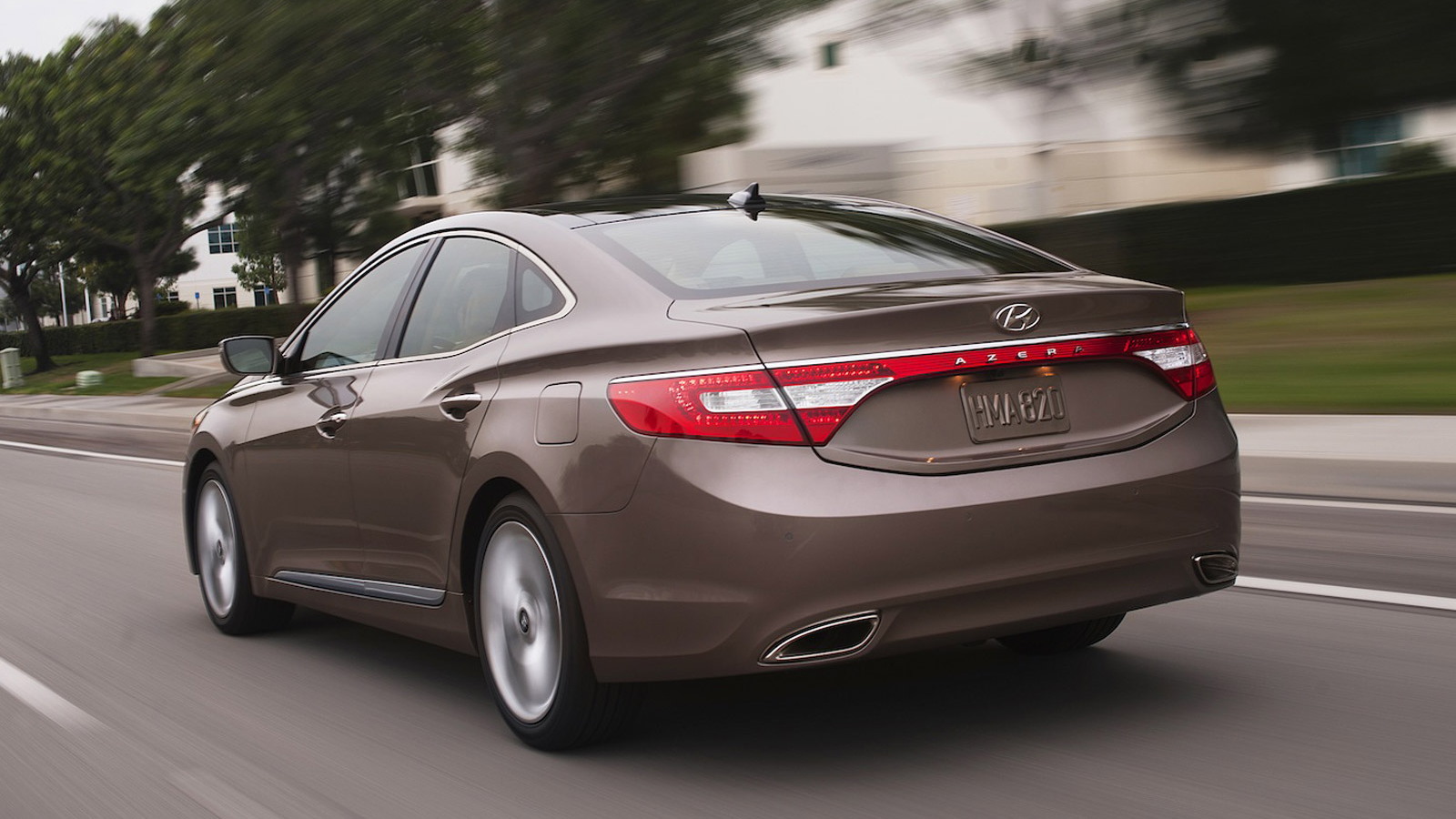 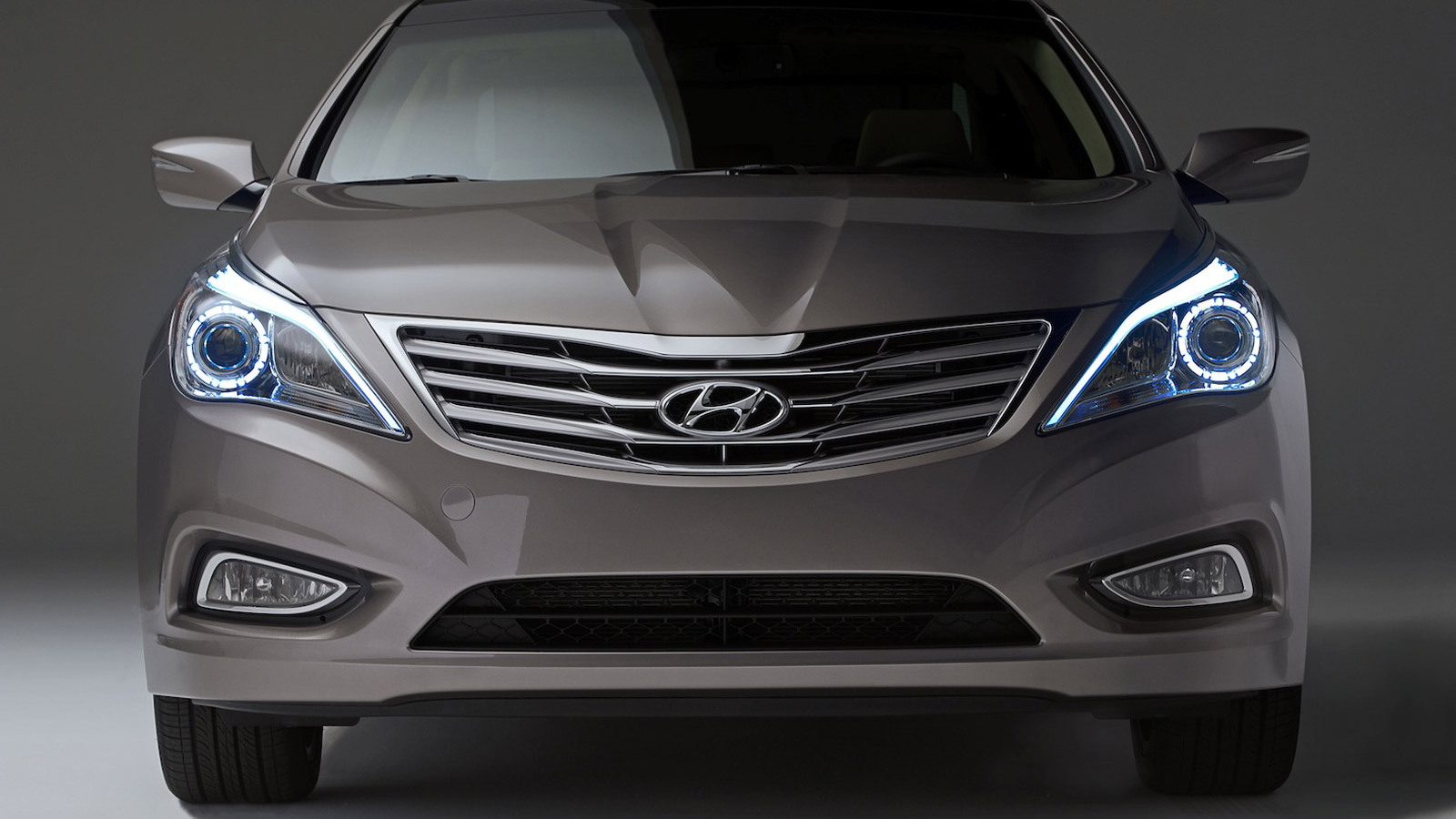 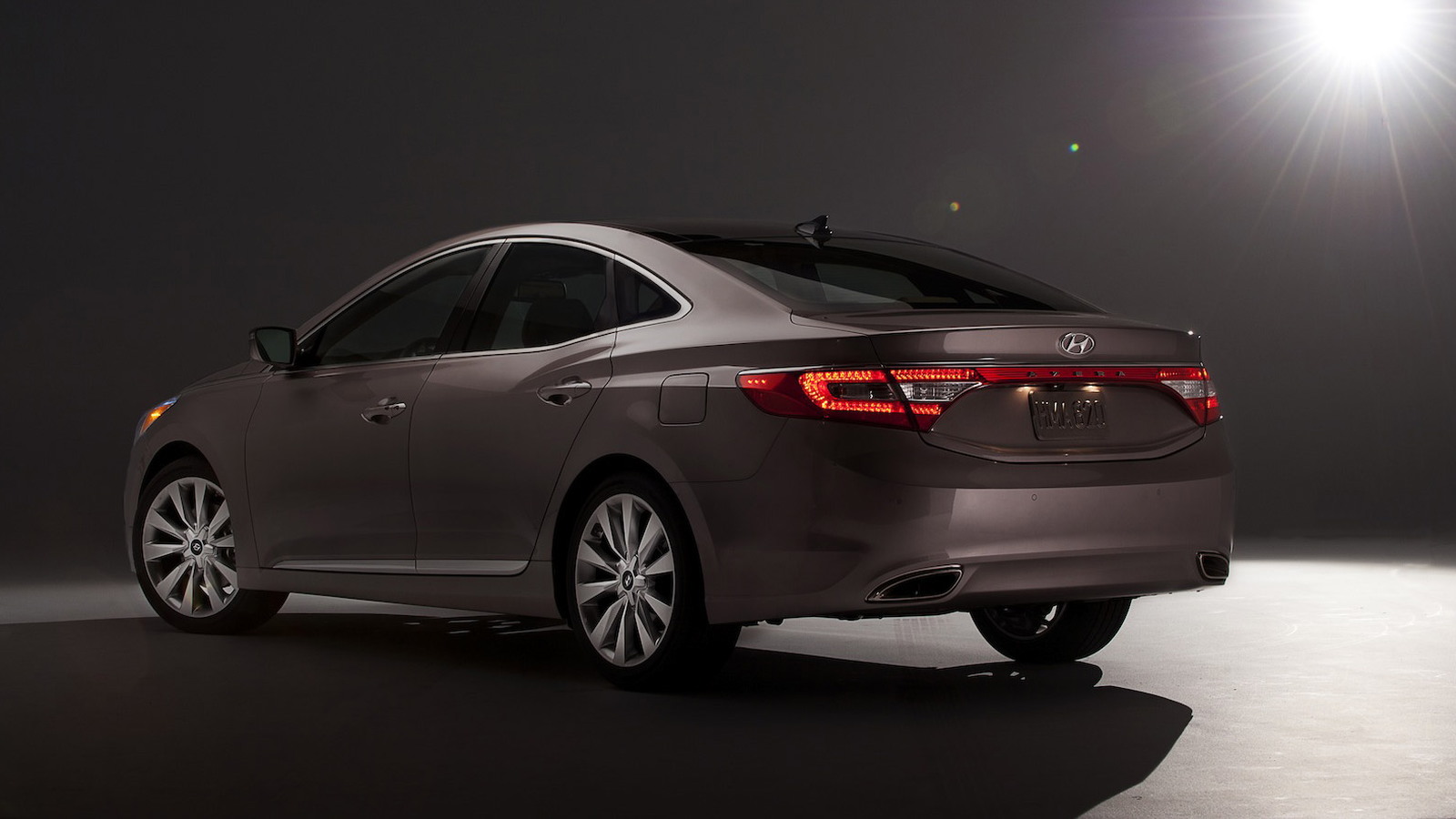 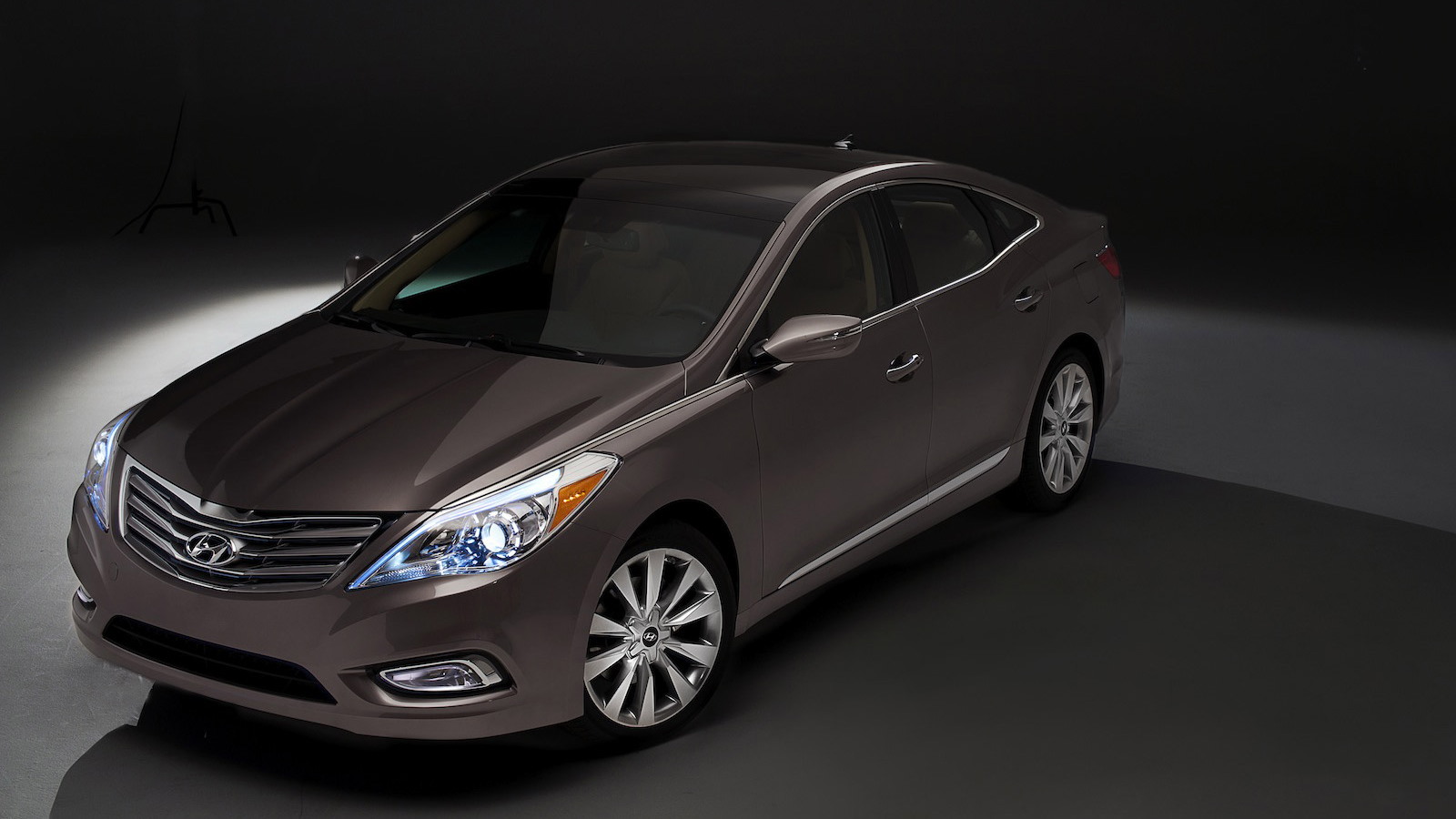 16
photos
Hyundai’s Azera near-luxury sedan represents a significant milestone in the brand’s history, as it was the very first Hyundai model to creep above the $30,000 price barrier. The Azera proved that Hyundai could compete on more than just a low price, and paved the way for later luxury models like the Hyundai Genesis sedan and the Hyundai Equus.

Enter the new-for-2012 Hyundai Azera, which the Korean automaker believes will do for the full-size, near luxury segment what the redesigned Sonata, Elantra and Accent have done for their respective segments.

The 2012 Azera represents the final model in Hyundai’s “24/7” strategy, which called for the release of seven new models in just 24 months. Like Hyundai’s other new designs, the Azera now features the brand’s “fluidic sculpture” design, which has helped the automaker sell a significant number of cars since it was launched on the 2010 Hyundai Sonata.

Since the Genesis and Equus go their own way for styling, the new Azera becomes the flagship of the fluidic-sculpture-family, and Hyundai has equipped the car well to compete in the near luxury class.

The automaker redesigned the suspension of the Azera for 2012 as well, and the car now rides on Sachs Amplitude Selective Dampers for increased ride comfort and better handling than the outgoing car. Neither falls in the “sport sedan” category, but we expect the new Azera’s ride to be on par with other competitors in the near-luxury segment.

Climb inside, and you’ll see that Hyundai has carried on its tradition of offering more standard content for less money than the competition. Leather seating is standard, as is a navigation system with a seven-inch touch-screen and a back-up camera. Buyers get XM satellite radio, HD radio, Bluetooth phone integration and Hyundai’s Blue Link telematics system, too.

From what we can tell, Hyundai will offer the 2012 Azera in base and Premium models. Base models are expected to start at $32,000, with Premium models selling for $36,000 (although Hyundai hasn’t set the final price just yet).