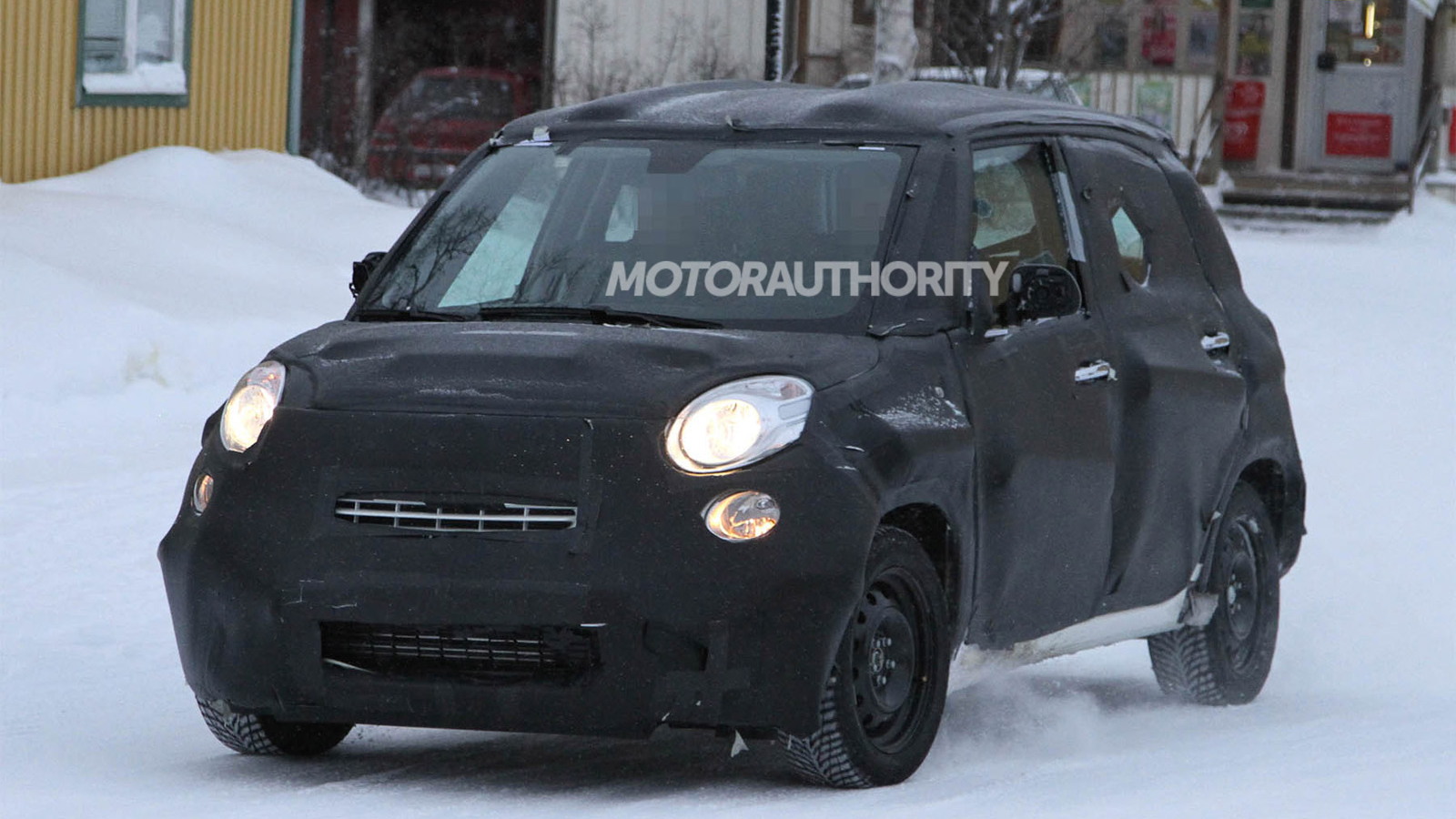 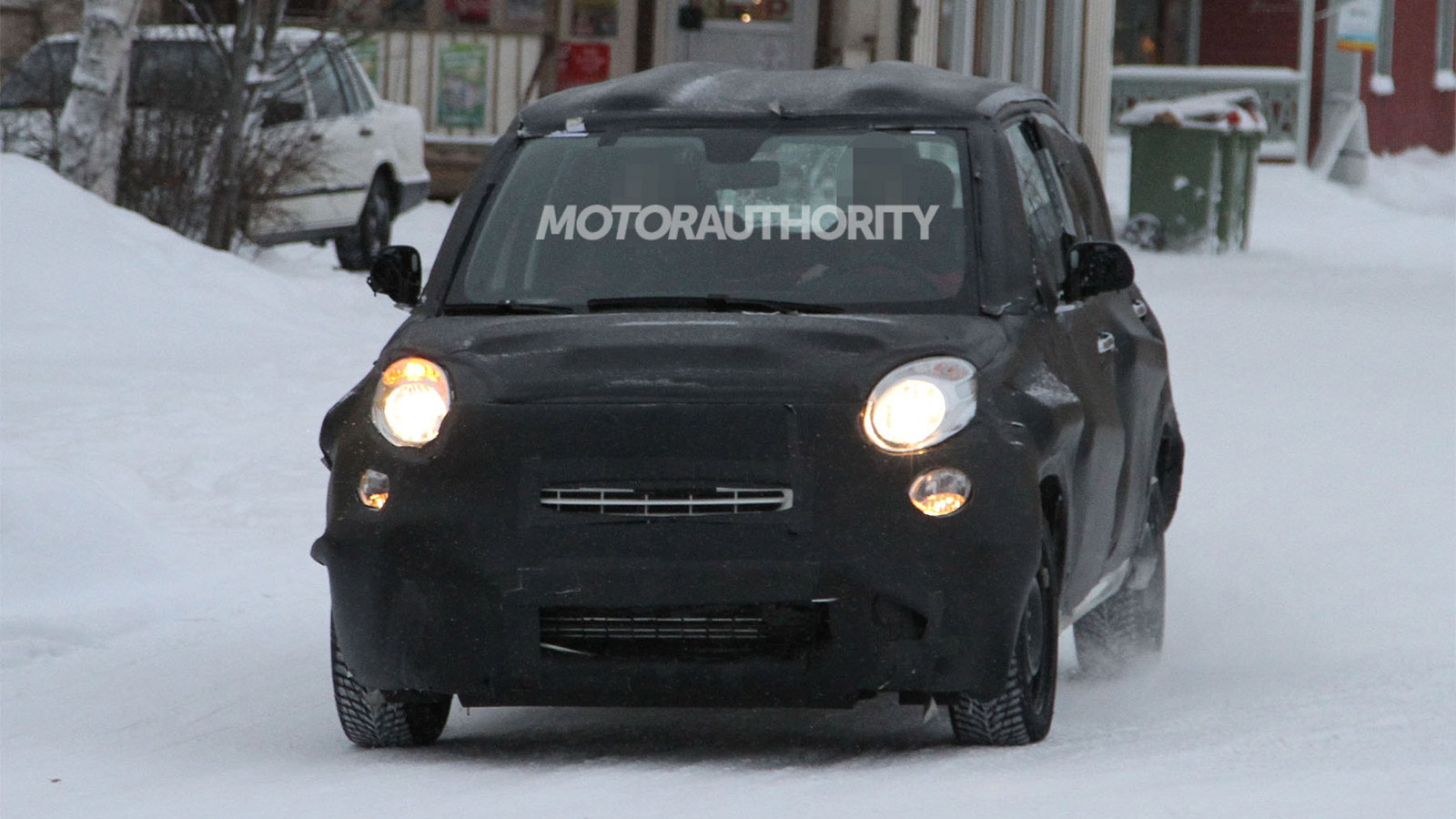 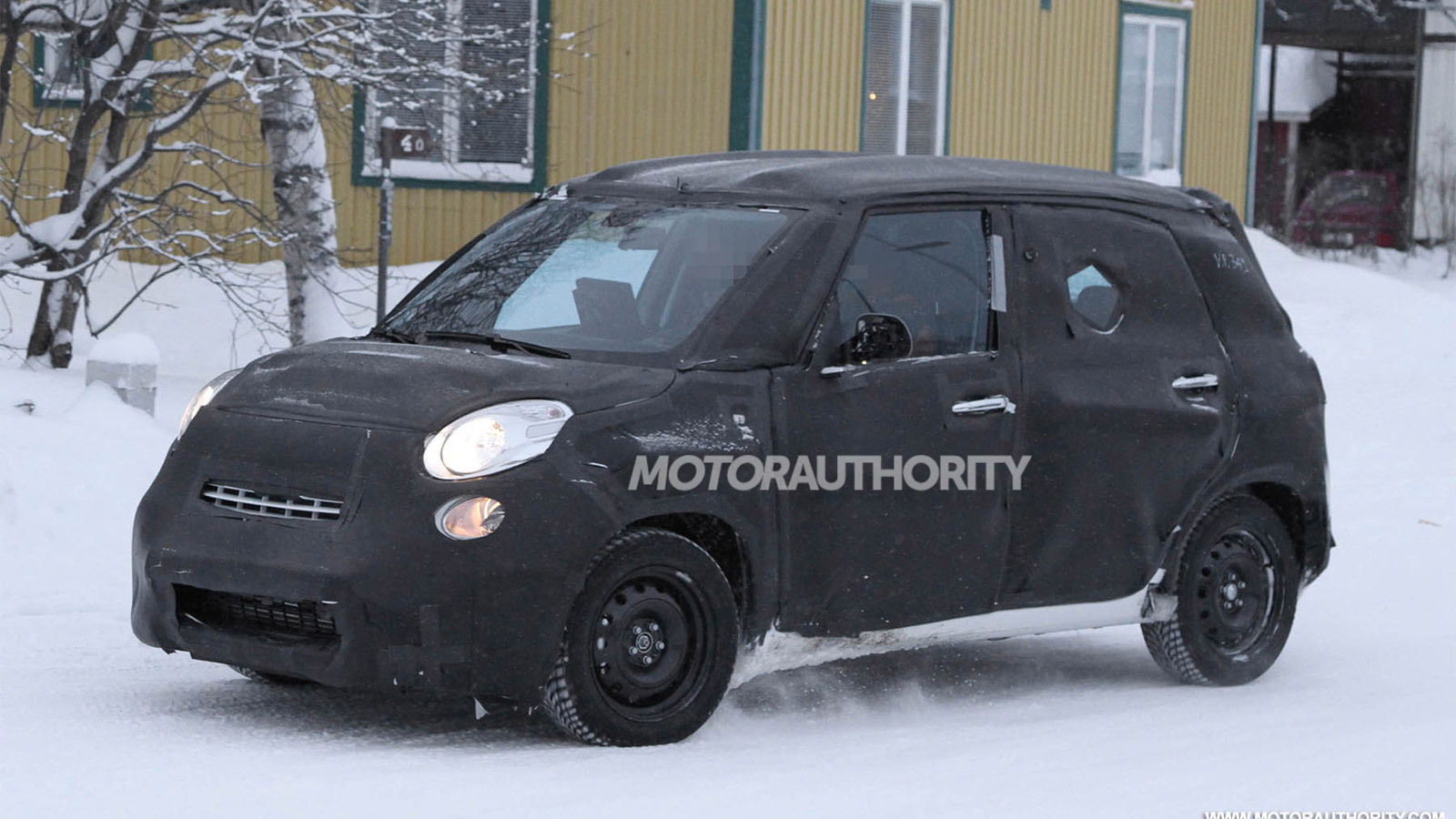 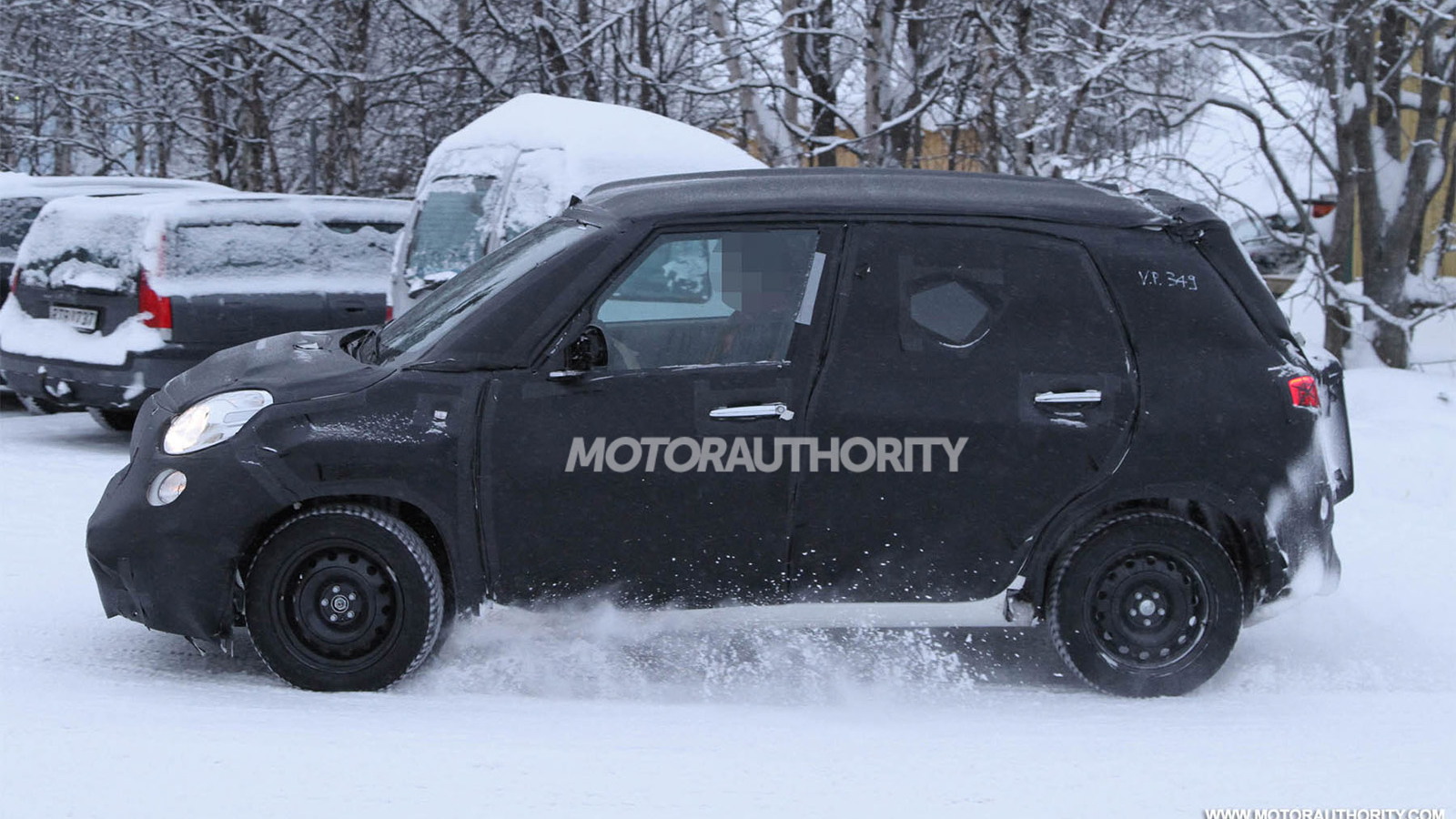 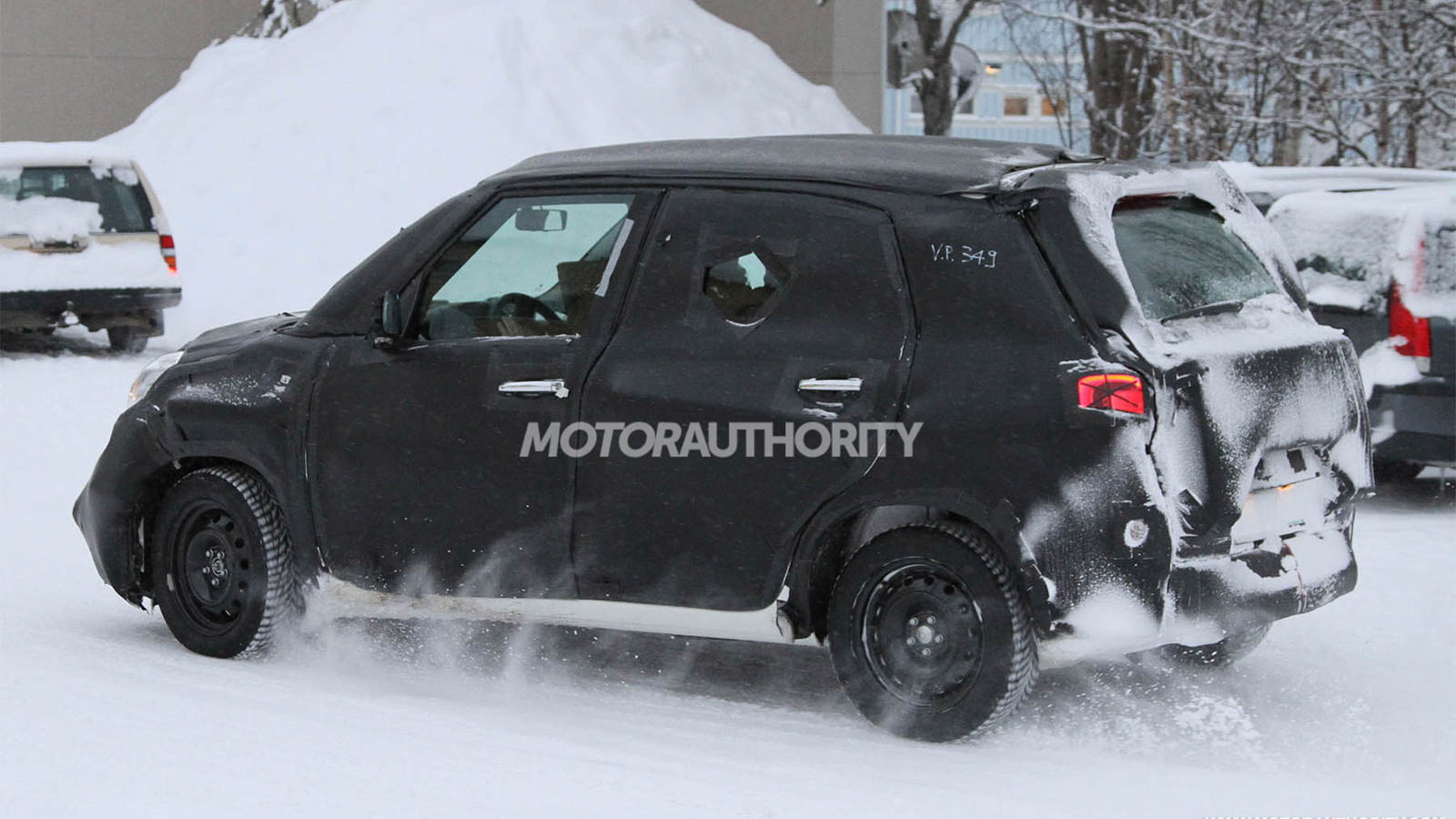 9
photos
Earlier this month we brought you the first details about a new compact crossover Fiat is planning to unveil at the 2012 Geneva Motor Show in March.

Today, we have the first spy shots of a prototype for the vehicle, which insiders are calling the “Ellezero” (pronounced L-0).

The vehicle, which in completed form should look like a five-door Fiat 500 on steroids, will go on sale in Europe by the middle of the year and arrive in the U.S. as a 2013 model not too long after.

While its styling may mimic the cute lines of the Fiat 500, most of the similarities will end there, however.

The Ellezero is expected to ride on Fiat’s newly developed SUSW (Small U.S. Wide) platform, which will also spawn a new compact crossover for Jeep. Key competitors will be Ford’s Fiesta-based EcoSport as well as the Buick Encore and MINI Cooper Countryman.

Power should come from the same 1.4-liter four-cylinder engine with MultiAir technology found in several Fiat models, including the 500. Expect output to be slightly higher than the 101 horsepower and 98 pound-feet of torque found in the 500, though.

Production of the Ellezero will take place at the former Zastava plant located in Serbia, which previously built the Fiat-based Yugo.

Stay tuned for updates as we approach the 2012 Geneva Motor Show, press days for which commence on March 6. In the meantime, visit our dedicated show page for our ongoing coverage of the event.