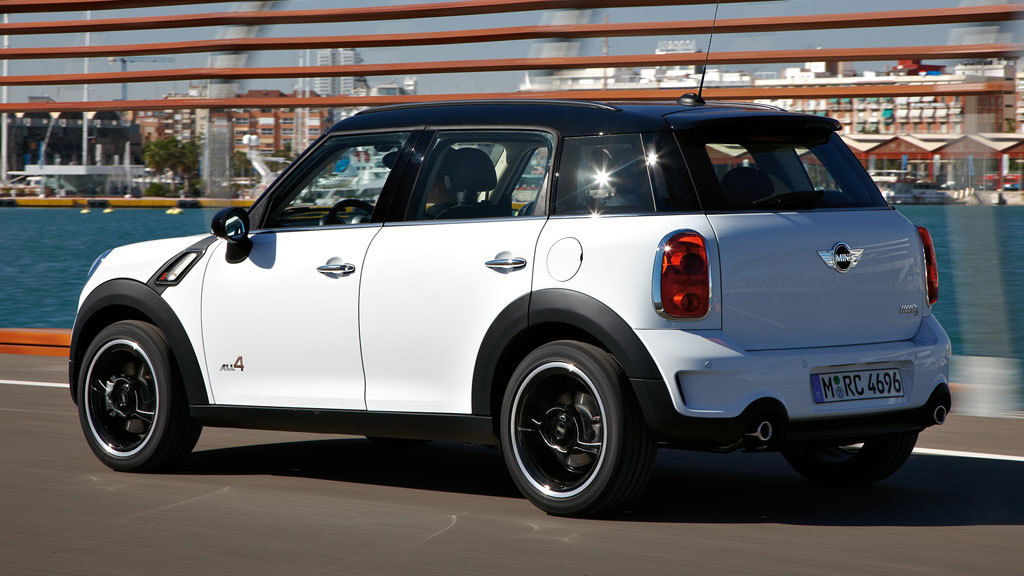 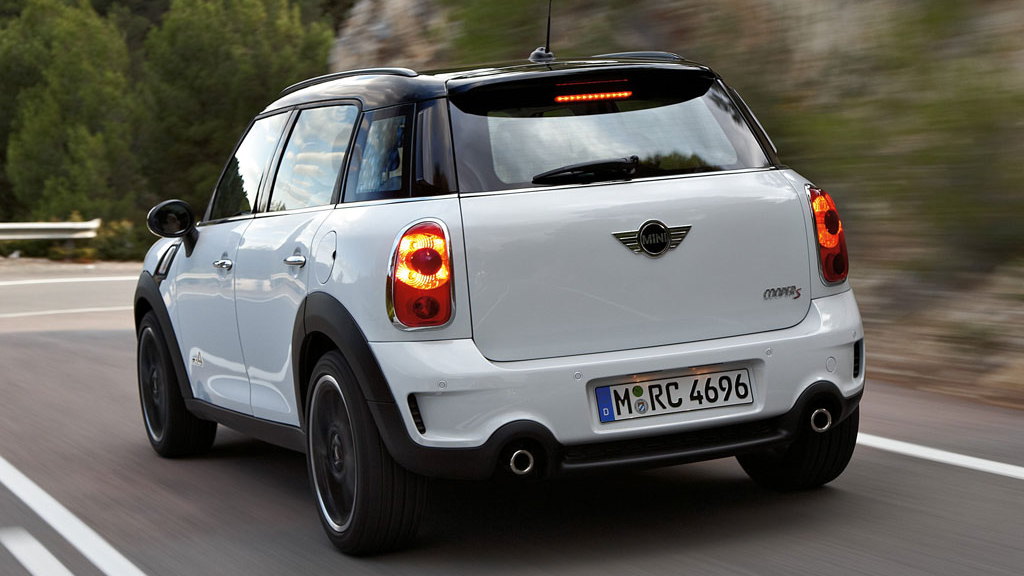 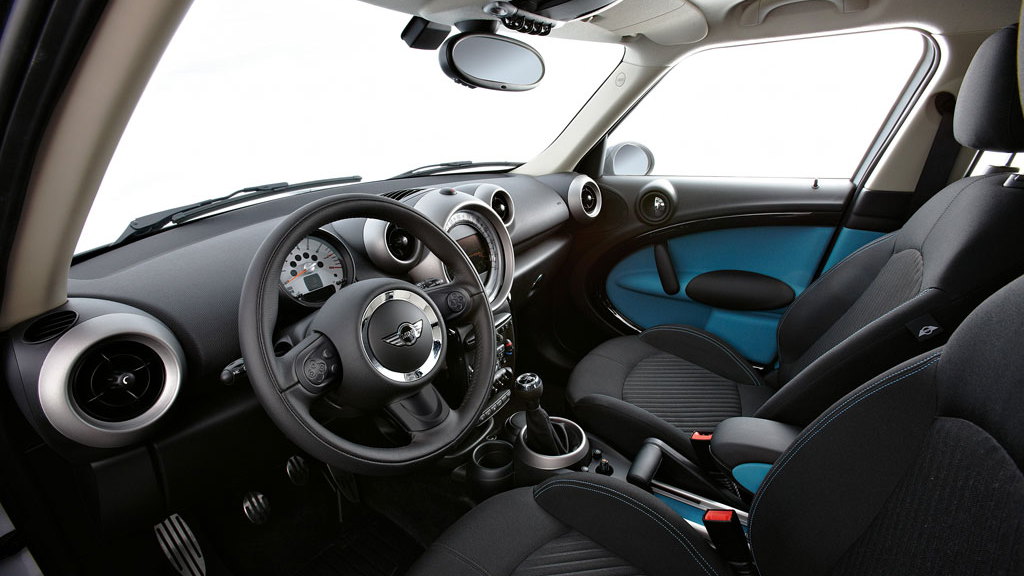 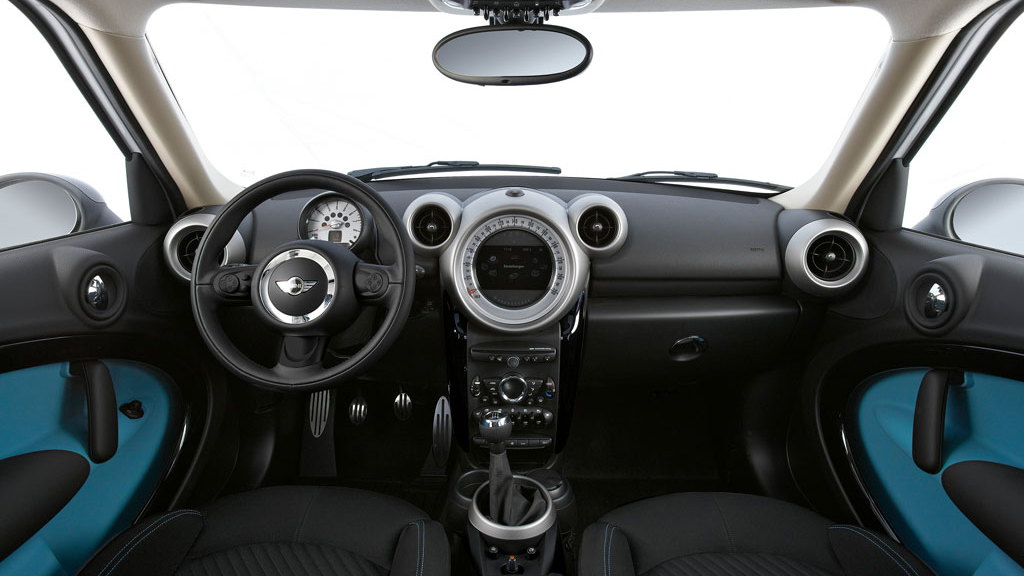 18
photos
The wraps have come off MINI's new crossover model, which we can finally confirm will go on sale early next year as the 2011 MINI Countryman following a world debut at March's 2010 Geneva Motor Show.

Images for the new crossover were leaked online yesterday but now we have all the tasty details and high-res images.

There was a lot of speculation about what MINI was going to call its new crossover, with names like Colorado, Crossman and Maxi all doing the rounds. Finally, MINI decided on reviving its Countryman moniker, a name that dates back to the 1960s where it was used for a special two-door estate version of the original Morris Minor sold in the UK.

The new 2011 MINI Countryman is a very different beast to the original 1960s model. As the first model in the MINI range with four doors and a wide-opening rear lid, the new Countryman provides even greater freedom of space, a slightly elevated seating position, and optimized driving comfort and safety thanks to the optional ALL4 all-wheel drive system.

The latest images show a vehicle with the familiar MINI profile, but raised a bit to allow better ground clearance, and sporting a four-door hatchback layout. The large headlights, plastic over-fenders and redesigned front clip also mark the Countryman out somewhat from the rest of the MINI lineup.

Inside, the Countryman is all MINI: round gauges, center-mounted speedometer and circular themes are found throughout the cabin. Cloth upholstery on the seats, a leather-bound steering wheel and contrasting door and center console inserts complete the MINI look. Designers have also added the relatively unique Center Rail, which extends from front to rear instead of a conventional center console and opens up a number of storage boxes, cupholders, external audio devices, mobile telephones and other comfort features.

In the U.S., the Countryman is entering with a choice of two engines: the rev-happy 1.6-liter four-cylinder gasoline engine in the Cooper offers fuel efficiency and performance with fully variable valve timing and lift via VALVETRONIC technology. The Cooper S adds a twin-scroll turbocharger and direct fuel injection and also features fully-variable valve management. Customers will be able to choose from a regular 6-speed manual or a 6-speed automatic with paddle-shifters for pseudo manual control.

Engine outputs stand at 120 horsepower and 118 pound-feet of torque for the naturally aspirated 1.6-liter mill in the Cooper Countryman and 180 horsepower and 177 pound-feet of torque (192 pound-feet with Overboost) for the unit in the turbocharged Cooper S Countryman. The Cooper will accelerate from 0-62 mph in 10.5 seconds and reach a top speed of 118 mph, while the Cooper S will cover the same sprint in 7.6 seconds and reach a top speed of 128 mph.
As an option the Cooper S Countryman is available with a permanent ALL4 all-wheel drive system that features an electrohydraulic differential positioned directly on the final drive varying the distribution from front to rear in an infinite process. Under normal driving conditions up to 50% of the engine’s power goes to the rear wheels, while under extreme conditions up to 100%.Making sure all four wheels stay glued to the road is a front axle with McPherson spring struts and forged track control arms, a multi-arm rear axle and EPS Electric Power Steering complete with Servotronic. Other standard features include stability and traction control, as well as an electronic slip differential.

Pricing in the U.S. for the base 1.6-liter gasoline unit with front-wheel drive is expected to start at around $29,000, while the range-topping Cooper S Countryman with all-wheel drive should be priced somewhere around the $34,000 mark. A high-performance John Cooper Works edition of the MINI crossover has been ruled out for now.