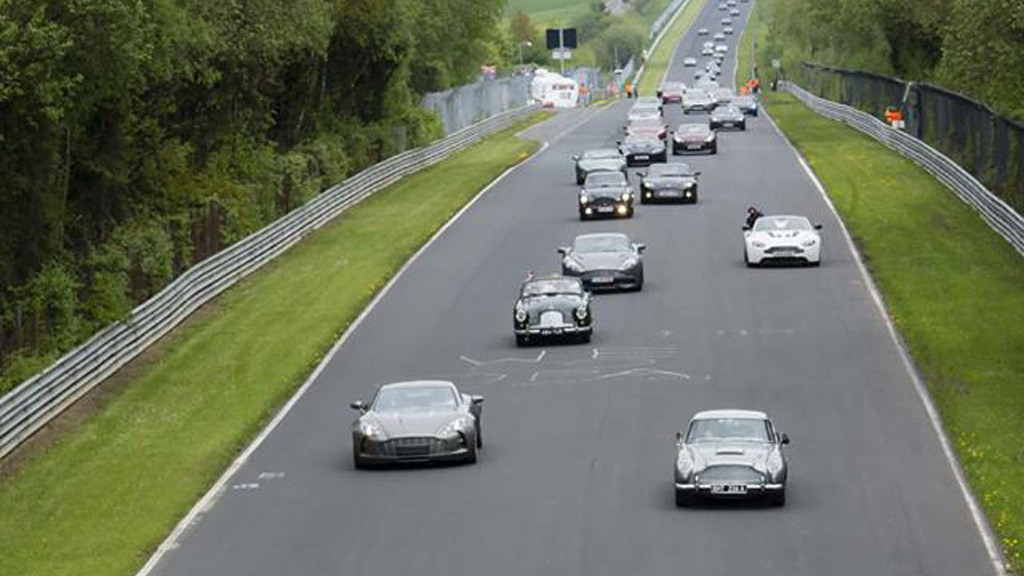 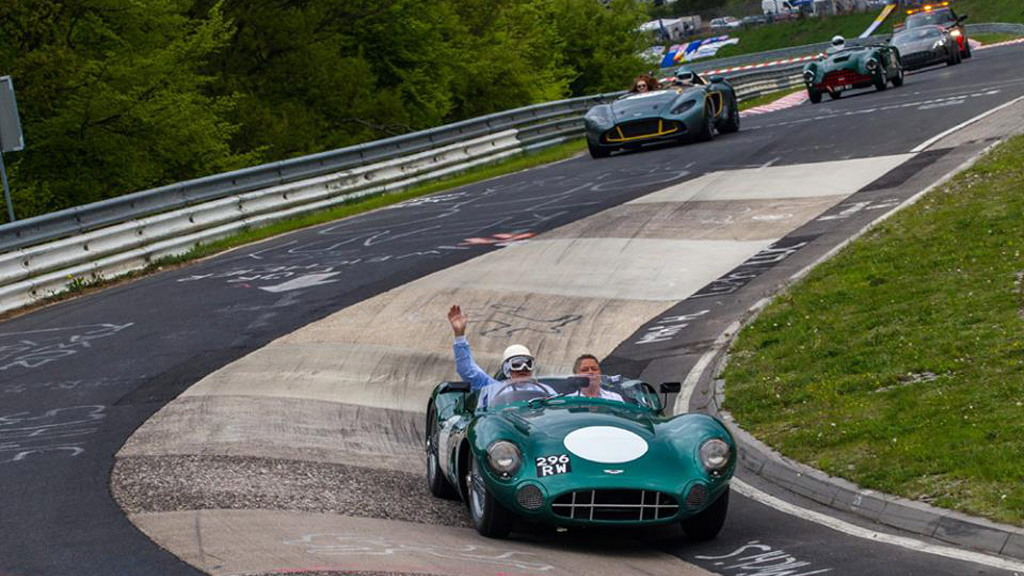 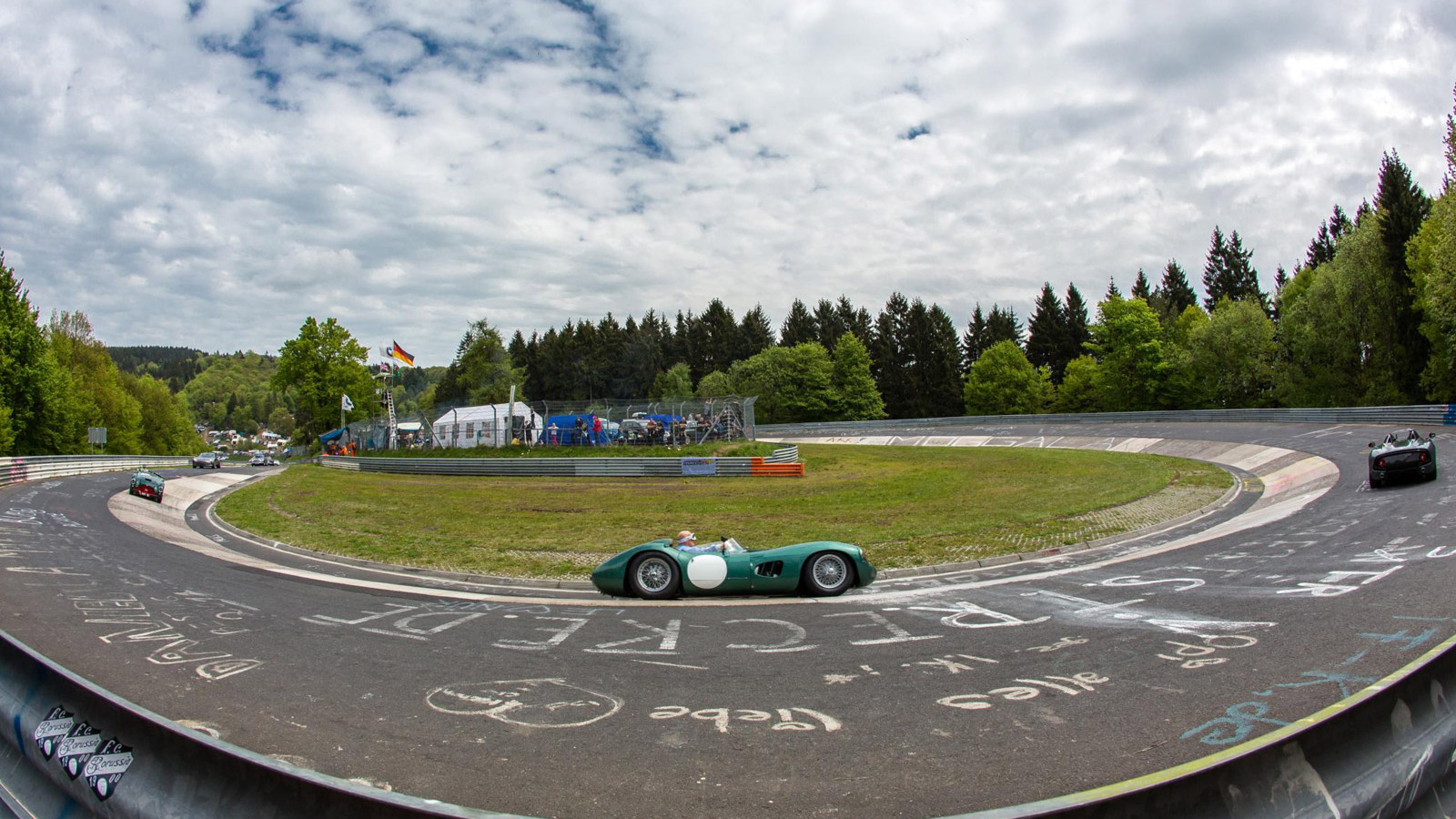 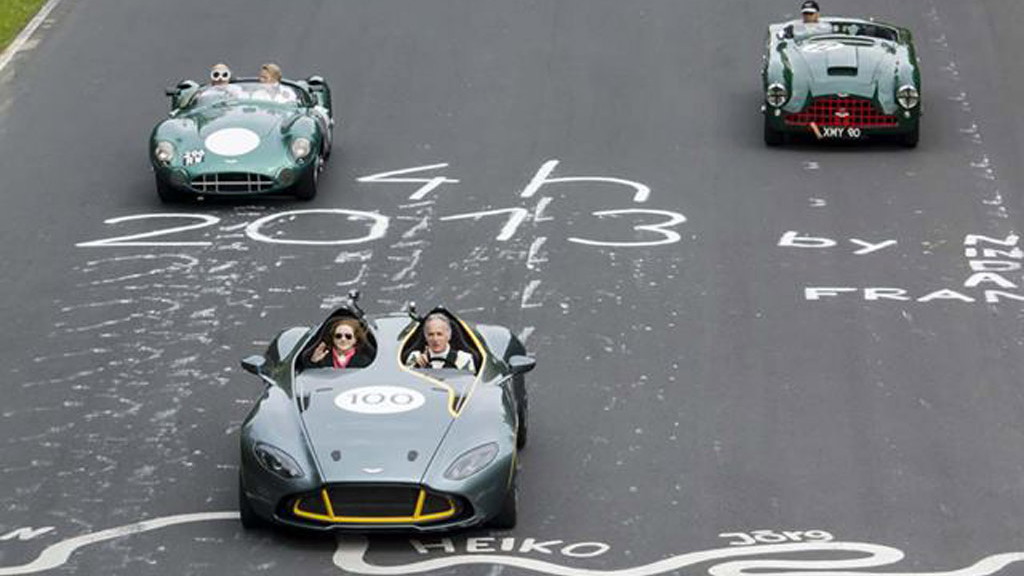 5
photos
James Bond star Daniel Craig made a surprise visit to the Nürburgring race track in Germany this past weekend to take part in a special drive event celebrating Aston Martin’s centenary this year.

Craig hopped behind the wheel of an Aston Martin DB5 used during the filming of the latest Bond flick Skyfall, and completed a lap of the ‘Ring together with 99 other Aston Martins including the new CC100 Speedster concept car, a One-77 supercar and an original 1959 DBR1.

Driving the DBR1 was none other than Sir Stirling Moss, who had previously driven the open-top race car to victory in a 1,000-kilometer race at the Nürburgring back in 1959. Driving the CC100 Speedster, meanwhile, was Aston Martin CEO Dr. Ulrich Bez.

These were followed by scores of enthusiast owners who had travelled from across the globe to take part in the iconic gathering of Aston Martins.

“To see so many of our great cars together on the Nordschleife, the Green Hell where we test and develop our modern road cars, was, I hope, truly memorable for the spectators and drivers,” Bez said after the drive. “It was a great pleasure, too, to see Sir Stirling Moss back at the circuit driving the DBR1 in which he triumphed here more than 50 years ago.”

In related news, Aston Martin made history by driving its Hybrid Hydrogen Rapide S with zero CO2 emissions for a complete lap during an international motorsport event, in this case the Nürburgring 24 Hours which also took place this past weekend.

The prototype race car, which is powered by a twin-turbocharged version of the Rapide’s 6.0-liter V-12 capable of running on gasoline or pure hydrogen, was developed with the support of renewable energy experts Alset Global to showcase Aston Martin’s commitment to engineering innovation in its centenary year.

But the world firsts don’t end there. A unique Aston Martin DB4GT recently sold at auction for 3.25 million British pounds (approximately $4.9 million), the highest ever price paid for an Aston Martin at auction. The special DB4GT, nicknamed The Jet, was the last DB4GT to be built. It is the only one of its kind, with coachwork by Italian design house Bertone, and made its debut at the 1961 Geneva Motor Show.