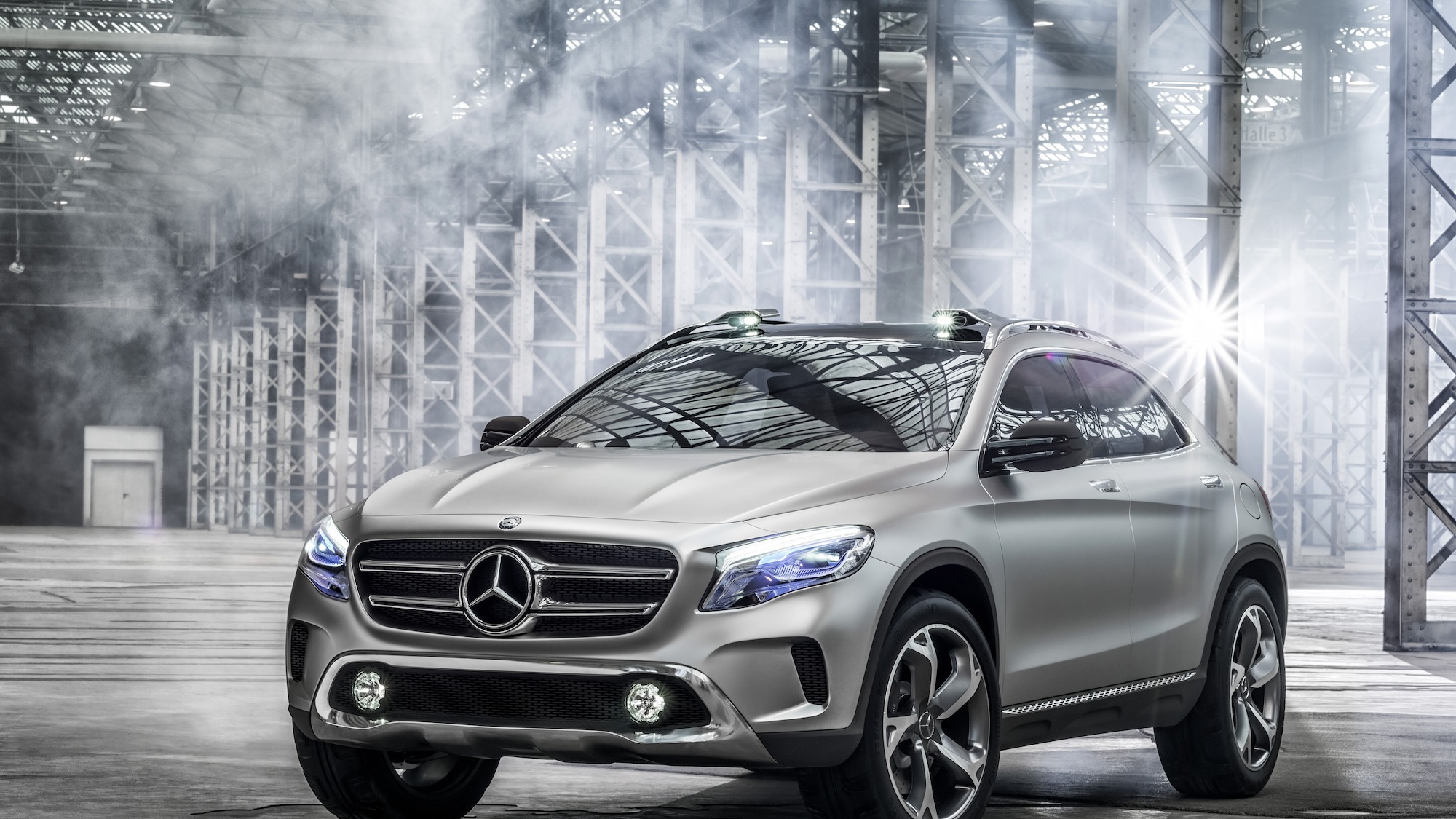 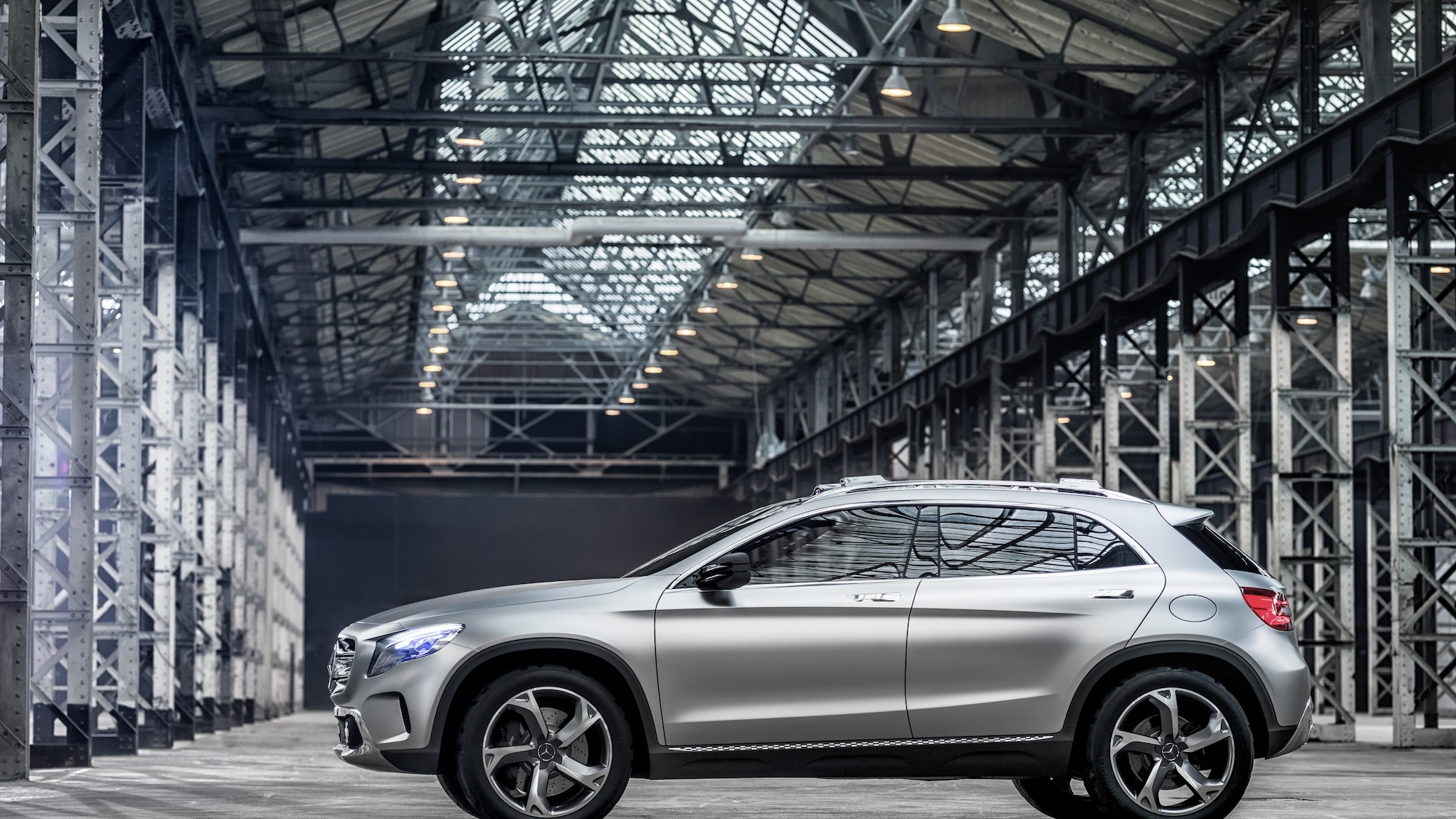 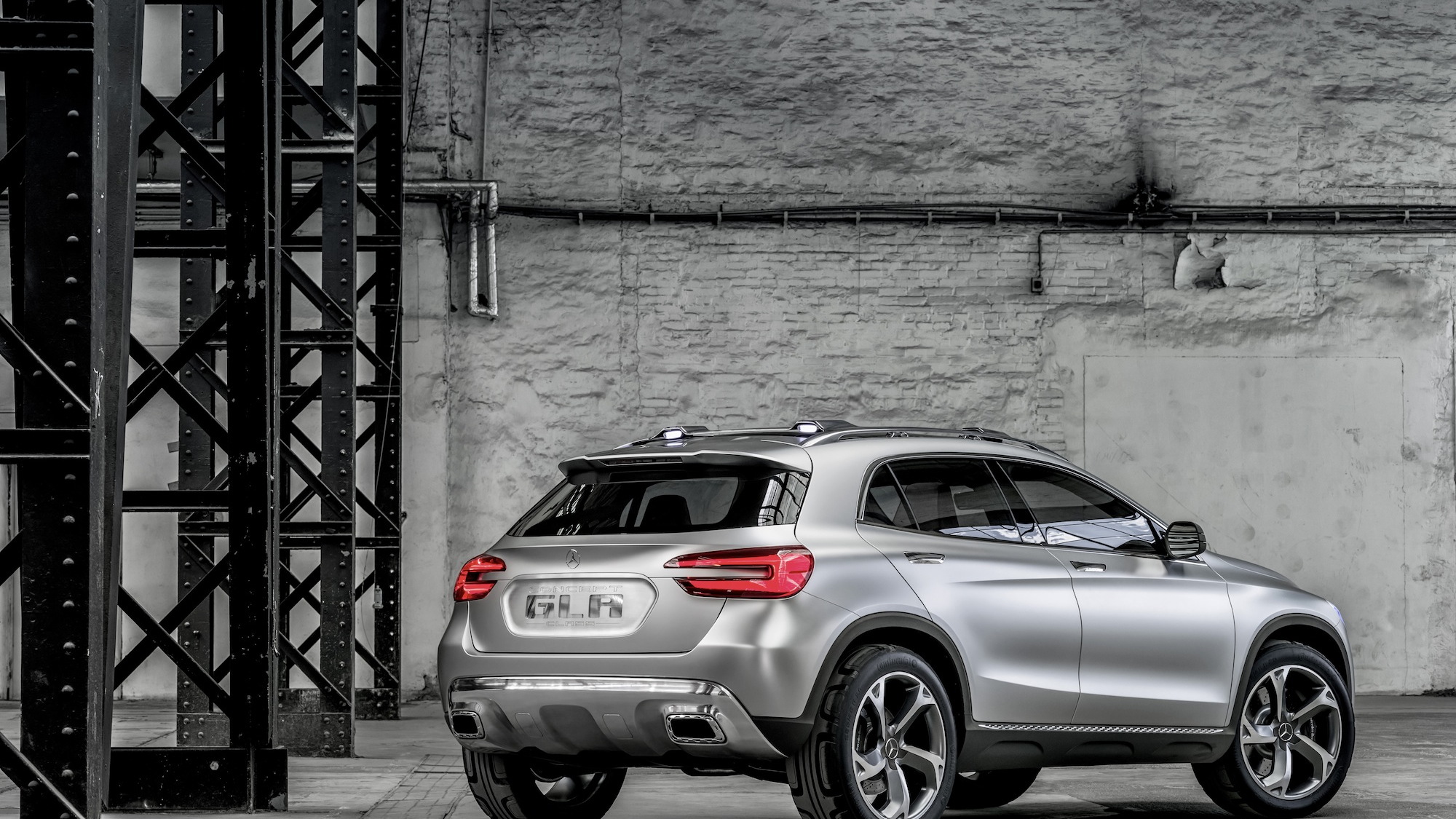 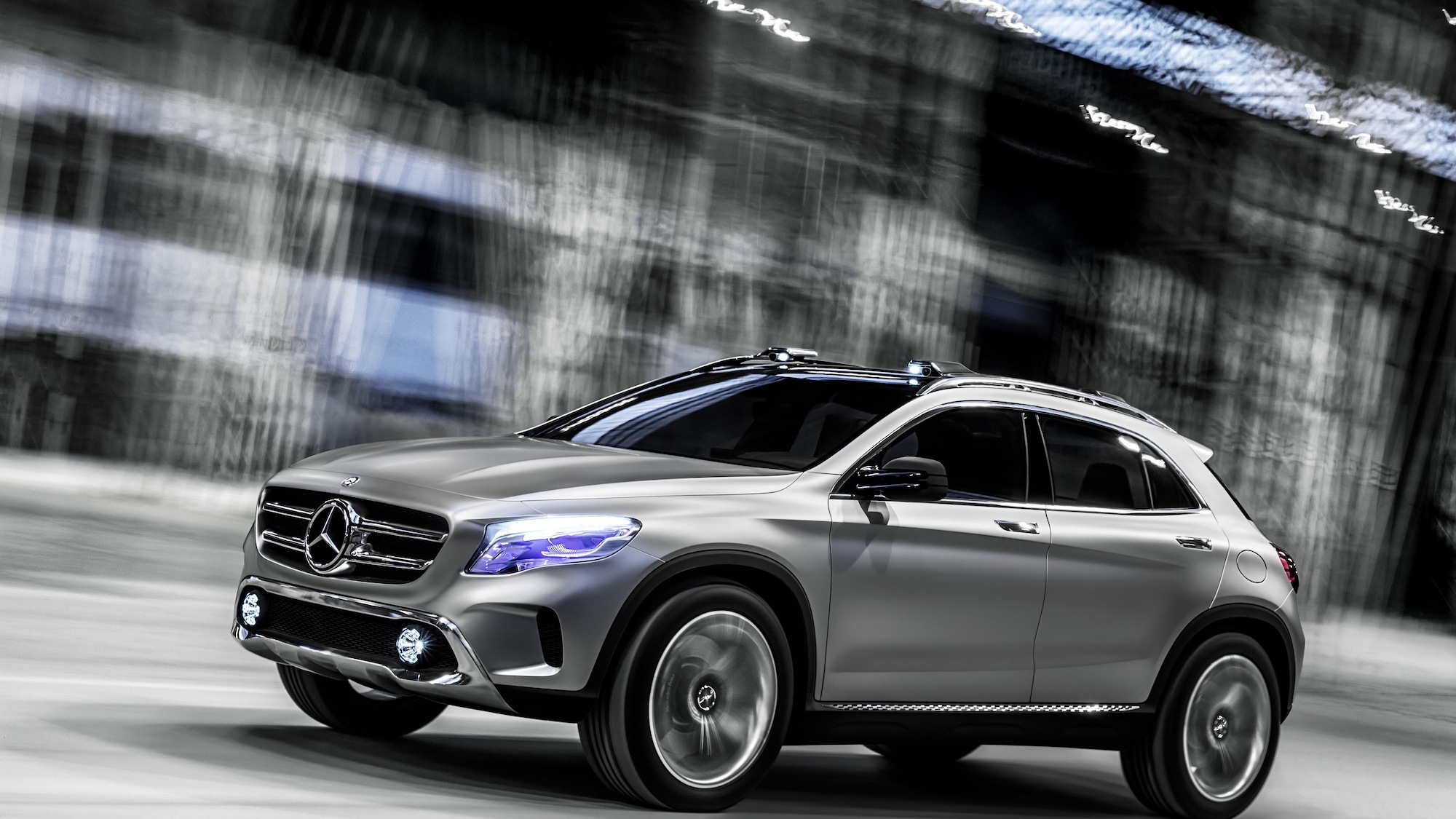 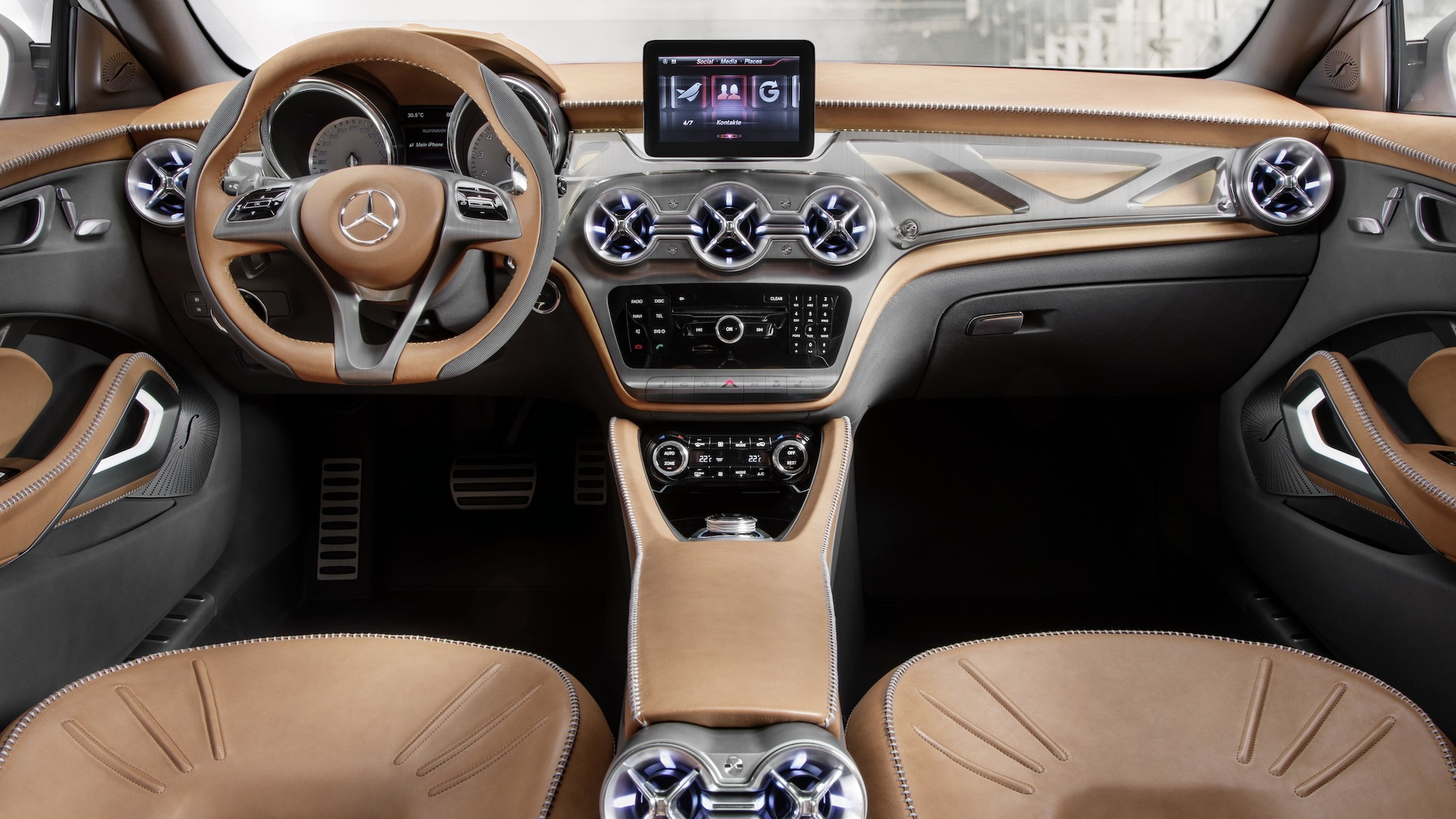 15
photos
The compact SUV class might just get a little cooler if the production GLA Class looks as good as the Concept GLA unveiled today at the Shanghai Auto Show.

The Concept GLA is on the road to production--we've spied both normal GLA Class crossovers in development and the high-performance version, the GLA45 AMG.

In fact, we're expecting the production version to be unveiled at the 2013 Frankfurt Auto Show in September ahead of a sales launch early next year.

Packaging an off-road stance (though we're not expecting much off-road ability) with a punchy 208-horsepower turbocharged four-cylinder engine piped through a seven-speed dual clutch to power 4Matic all-wheel drive, the Concept GLA is aimed at a new and likely difficult space in the market. The GLA will have to compete with the BMW X1 and Audi Q3.

"The Concept GLA marks a new approach for us in the compact SUV segment--this is a sporty and more coupé-like evolution of this category of vehicle", said Dr. Joachim Schmidt, executive vice president Mercedes-Benz Cars, sales and marketing.

The Concept GLA is based on the same architecture that underpins the A Class, B Class, and the CLA Class.

Digging deeper into the design and concept-only features, the exterior uses SUV cues to give a rugged look: raised pads ("softcubes") are used to define the radiator grille, side sill panels, and exhaust surround; a power dome hood and the now-familiar forward-thrust grille and star; and a "dropping line" running the length of the car from front to back.

Skipping the all-LED design meme for the GLA's headlights, Mercedes-Benz shows a laser-based headlamp system. Using the headlamp-mounted lasers, the COMAND multimedia system can project pictures or videos onto any surface. Conveniently, Mercedes also allows the videos or pictures to be displayed inside the Concept GLA as well.

The laser/LED headlights also offer a "coming home" function, pulsing with a blue light to show the GLA is ready for its driver.

A pair of cameras in the hood can be used to generate 3D images or be removed for your usual action sport montage: mountain biking, kayaking, skiing, etc.

Inside, the Concept GLA uses over 65 hand-stitched seams for the leather, dark galvanized aluminum trim, wrapping around four individual seats.

An aluminum framework sits on a leather-surfaced dashboard, with visible screws, and plexiglas controls.

For more on the future of the GLA as it heads to production, be sure to follow our ongoing GLA Class coverage.