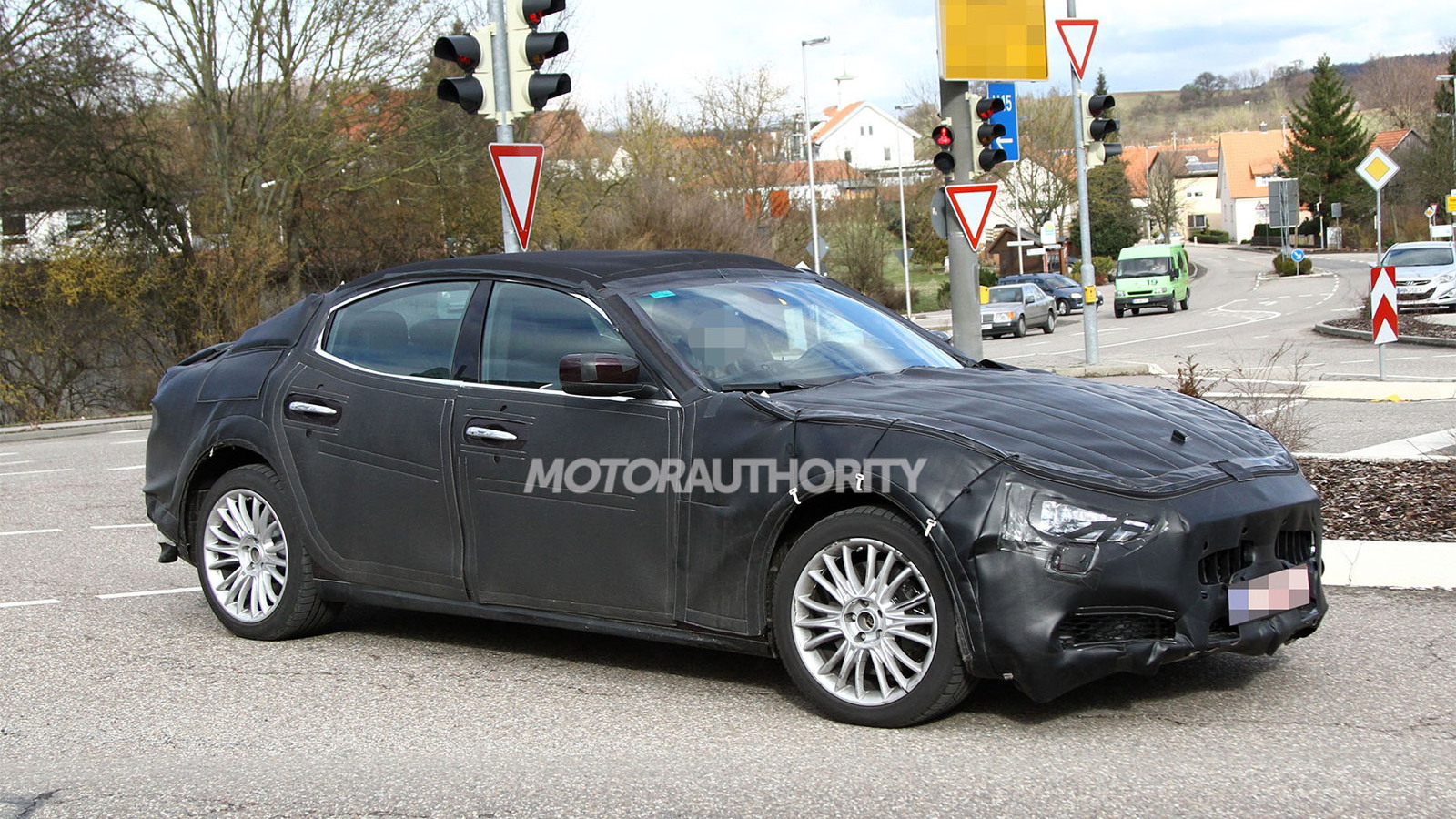 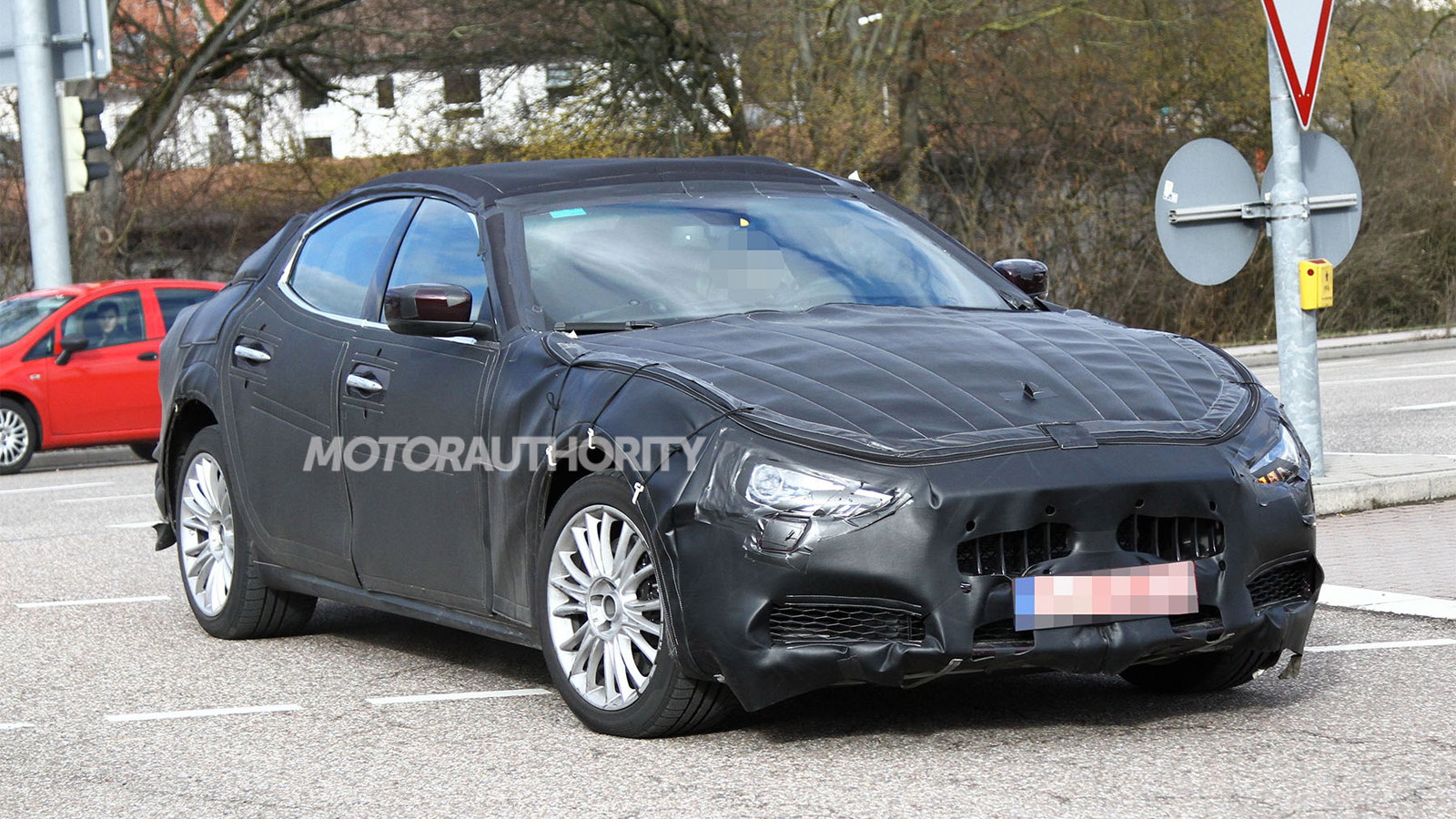 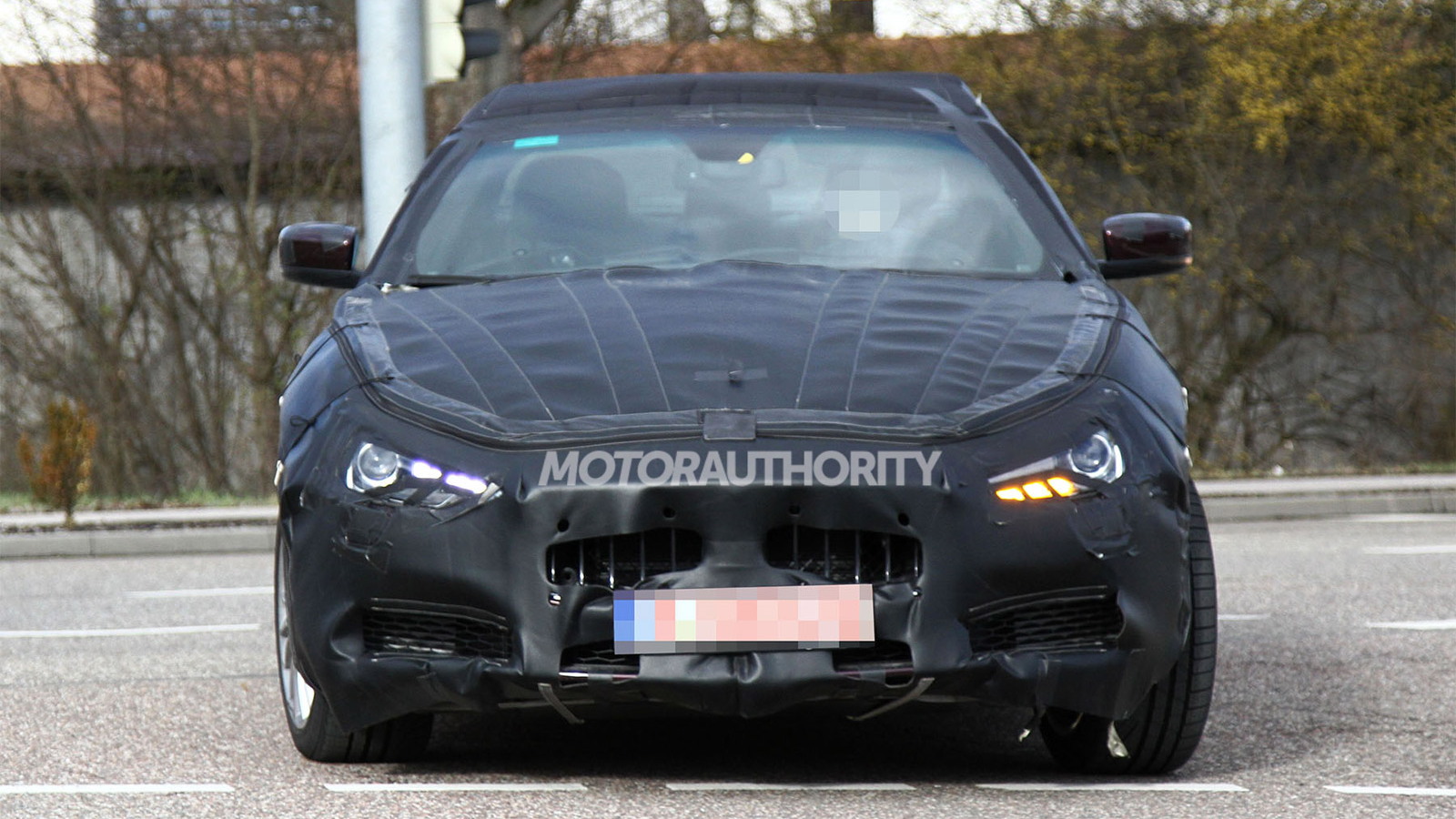 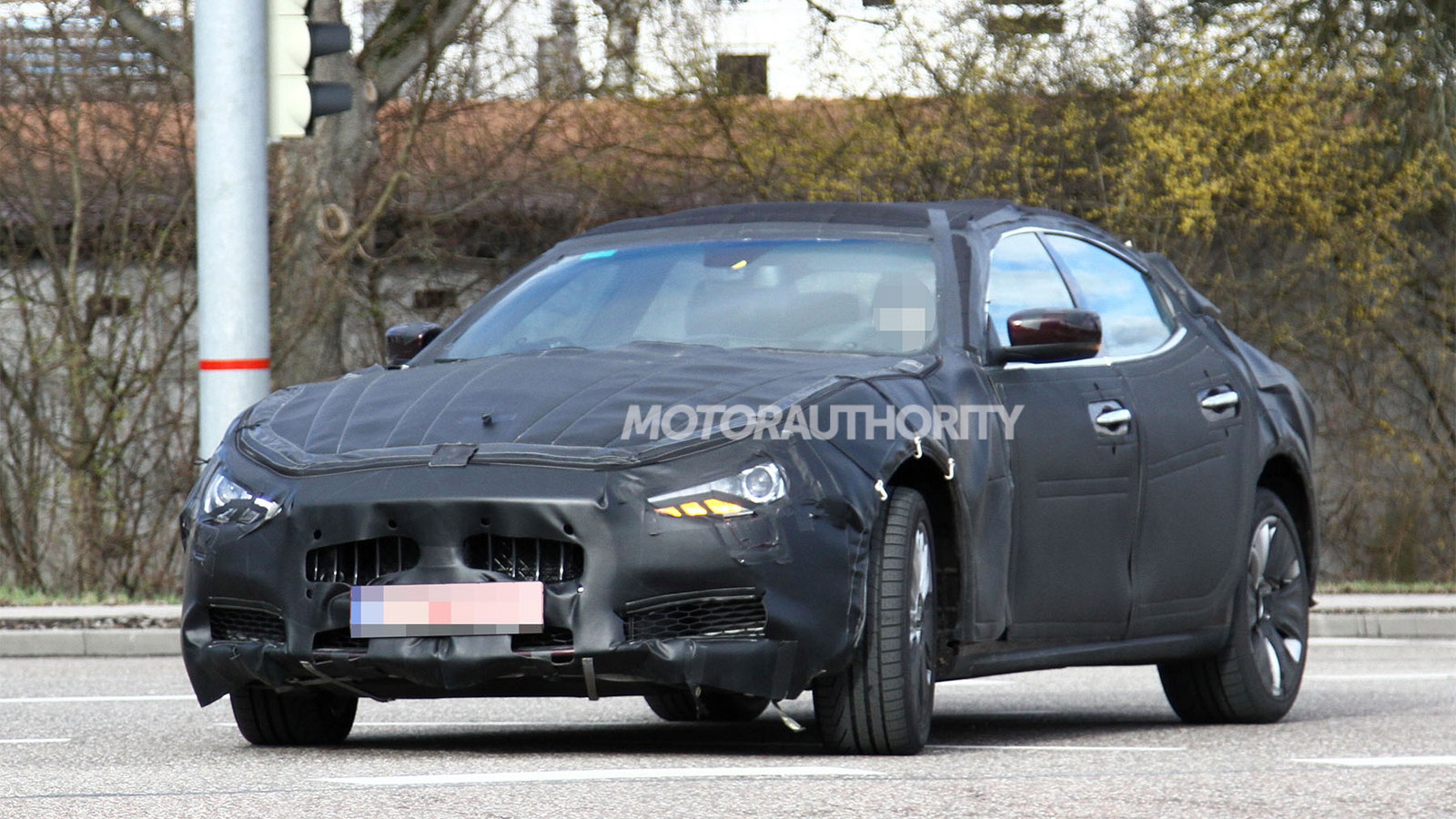 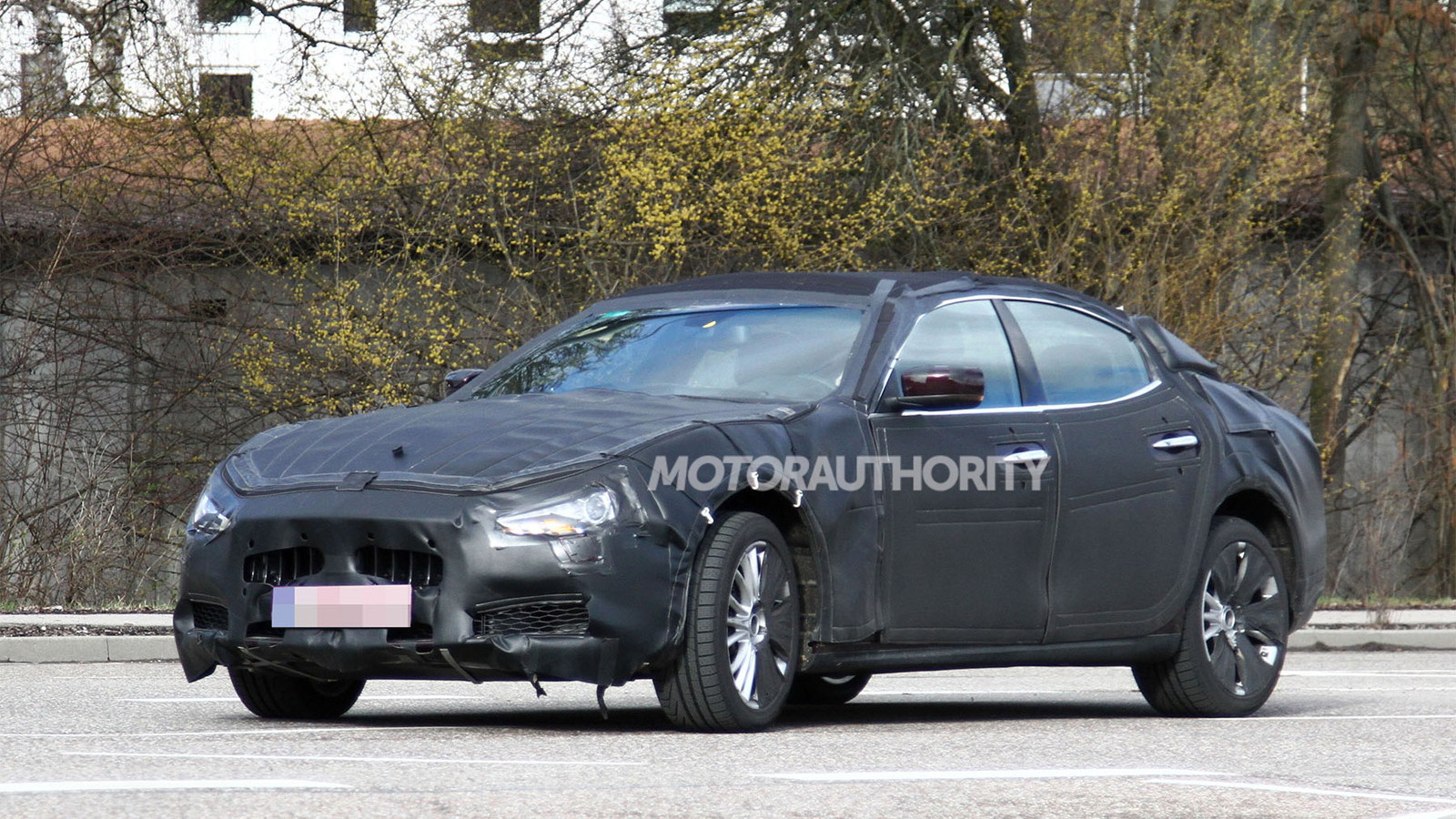 These are the latest spy shots of a prototype for Maserati’s upcoming ‘baby’ sedan, the Ghibli, which bears a name previously reserved for a sports car and one not seen in the Italian automaker’s lineup since 1997.

Despite only being formally announced six months ago, Maserati’s new Ghibli sedan is clearly in the latter stages of development, which makes sense since the car is expected to be revealed as early as next month’s 2013 Shanghai Auto Show.

Sales will commence late in the year, making the Ghibli a 2014 model.

The reason for the speedy rollout is due to Maserati’s ambitions growth plans, with the automaker hoping to boost its annual sales almost 10-fold to as much as 50,000 units per year by the middle of the decade.

To speed up development, the new Ghibli shares its underpinnings with the recently launched 2014 Maserati Quattroporte. In fact, the two cars were largely developed side by side.

But to help differentiate them, the Ghibli is smaller in size, with Maserati hoping to lure buyers away from cars like the BMW 5-Series and Mercedes-Benz E Class. The Quattroporte, on the other hand, has grown in size to take on the 7-Series and S Class.

The Ghibli will also be the sportier of the two, with this prototype showing more coupe-like proportions and a much shorter tail. That rear window is a dummy unit designed to make it look more like a conventional sedan.

Engines should be the same turbocharged V-6 and V-8 units found in the Quattroporte, though final outputs may differ. Expect Maserati’s Q4 all-wheel-drive system to be available as well.

Production of the Ghibli will take place at the former Bertone plant just outside of Turin, Italy, where the larger Quattroporte is currently being built. Pricing is expected to start at around $75k.

Stay tuned for updates as we approach the 2014 Maserati Ghibli’s eventual debut.