';
We’re now just a few weeks out from the world debut of the 2014 Chevrolet Corvette.

And in the lead up to that epic day (January 13), Chevrolet has been teasing us with a series of video trailers previewing the seventh generation of its iconic sports car.

The first video looked at the exterior, explaining how virtually every aspect of the design aids performance.

This latest video gives us a brief glimpse at the interior, revealing that Chevrolet’s designers will finally address one of the biggest criticisms of previous Corvettes, the somewhat lackluster cabin. That won’t be the case with the new 2014 Corvette, which looks to be getting premium leather surfaces, hand-stitched seams and contrasting thread colors.

In describing the interior, Chevrolet boasts about the materials and explains that every surface is crafted to serve the driver. Combine this with the advanced instrument cluster we saw in the previous video, as well as the performance the Corvette is renowned for, and the 2014 model is shaping up to be one impressive ride.

Other details we know about the 2014 Corvette, a C7 to all the fans, is that the base model will come with a brand new ‘LT1’ LS V-8 engine. The 6.2-liter unit will deliver 450 horsepower and 400 pound-feet of torque, which should be enough to carry the car from 0-60 mph in less than 4.0 seconds--performance comparable with the outgoing Z06. Handling is expected to improve as well, with the development program focused on improving feedback to the driver for greater controllability at the limit. 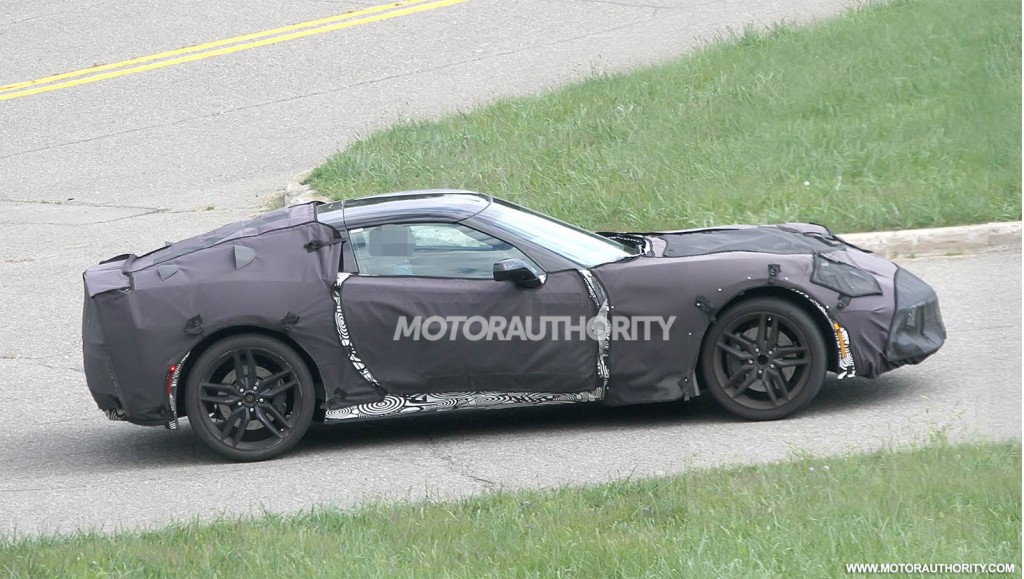 Our own spy shots show a smaller but much more dynamic shape for the car.

While the overall proportions look the same, sharper lines and improved attention to detail should make it a stunning looking sports car. And yes, a convertible will also be returning.

We'll keep you updated with more photos and details as they develop, so check back often. In the meantime, sit back and enjoy the latest trailer.