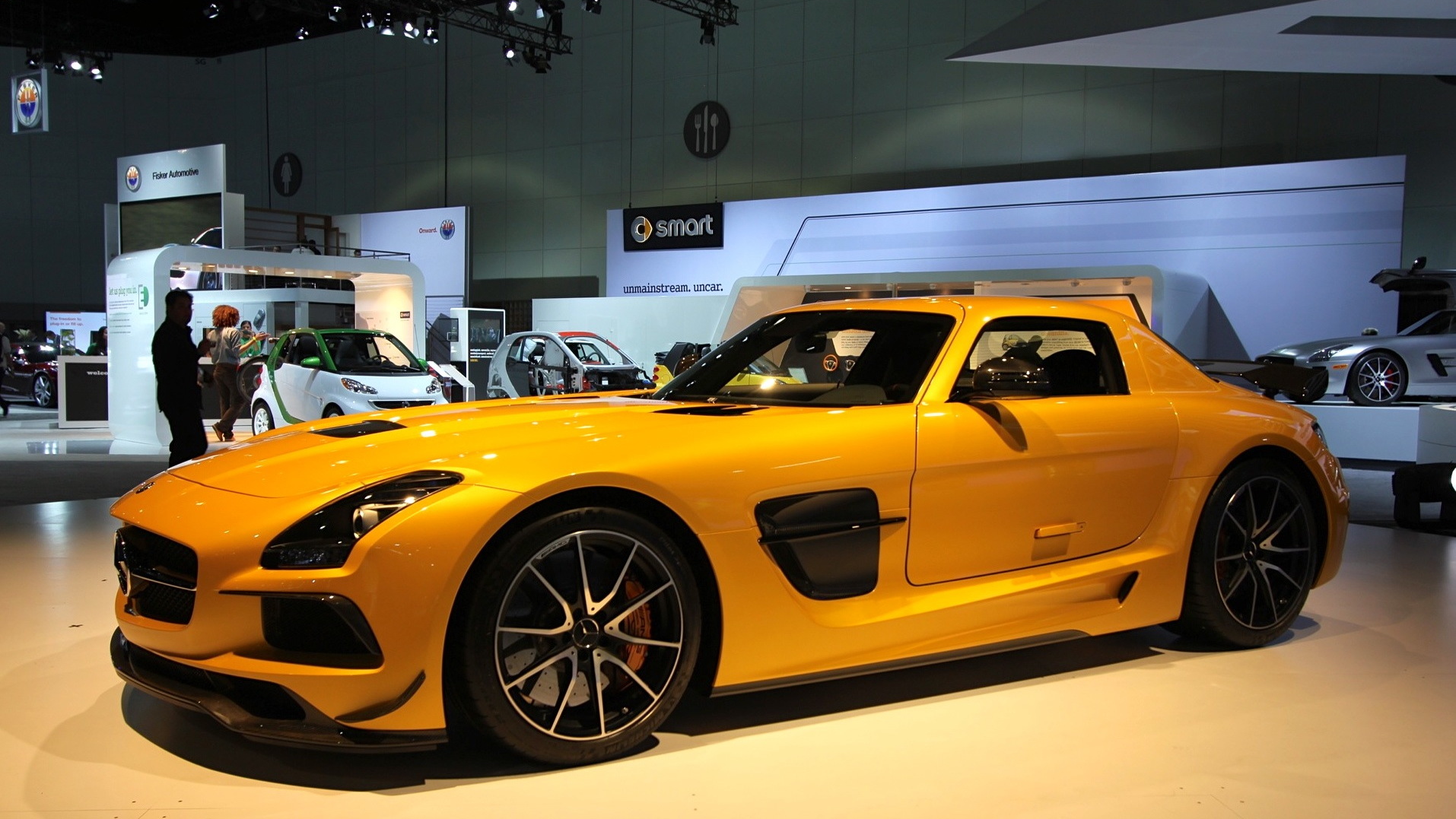 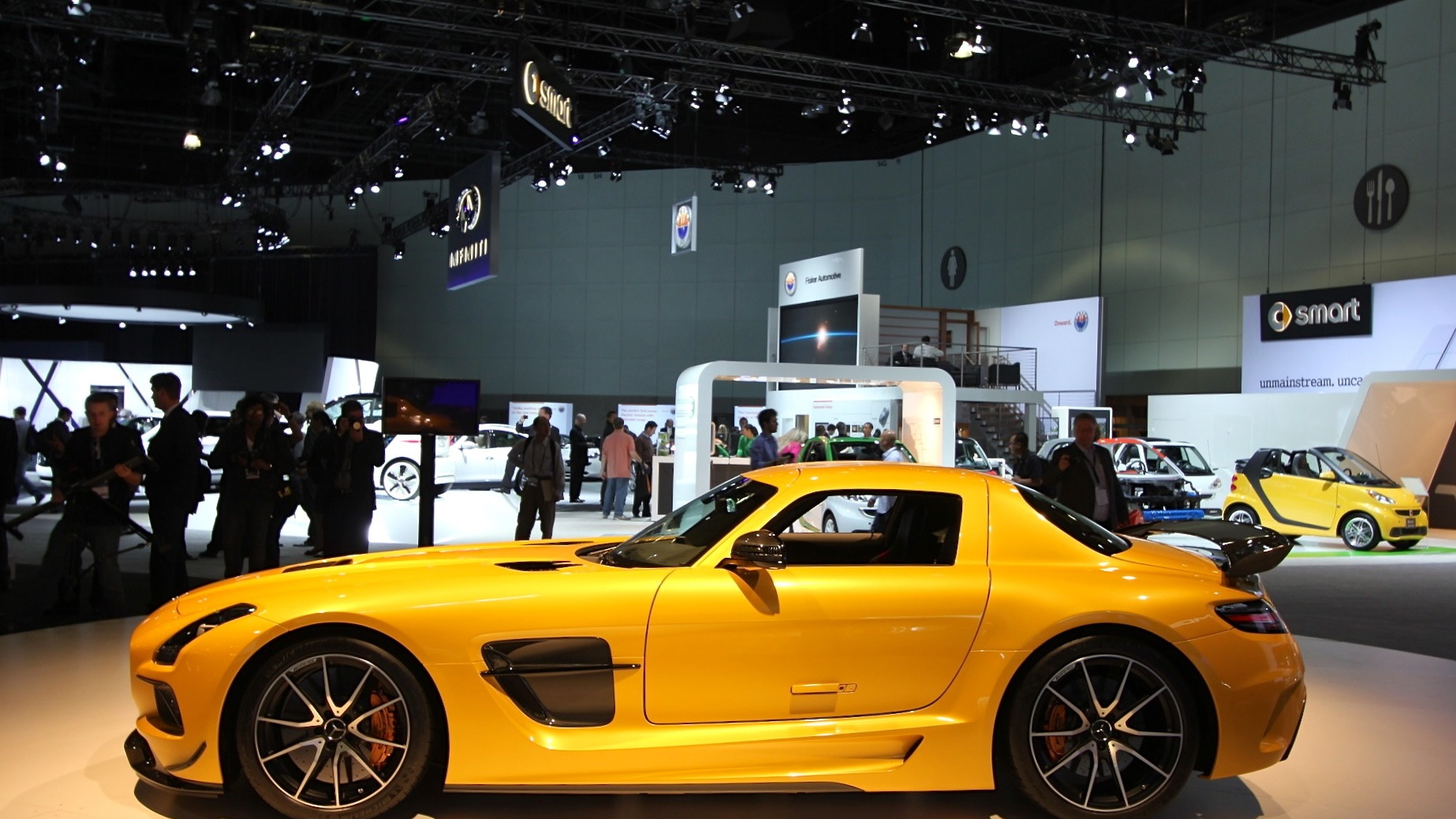 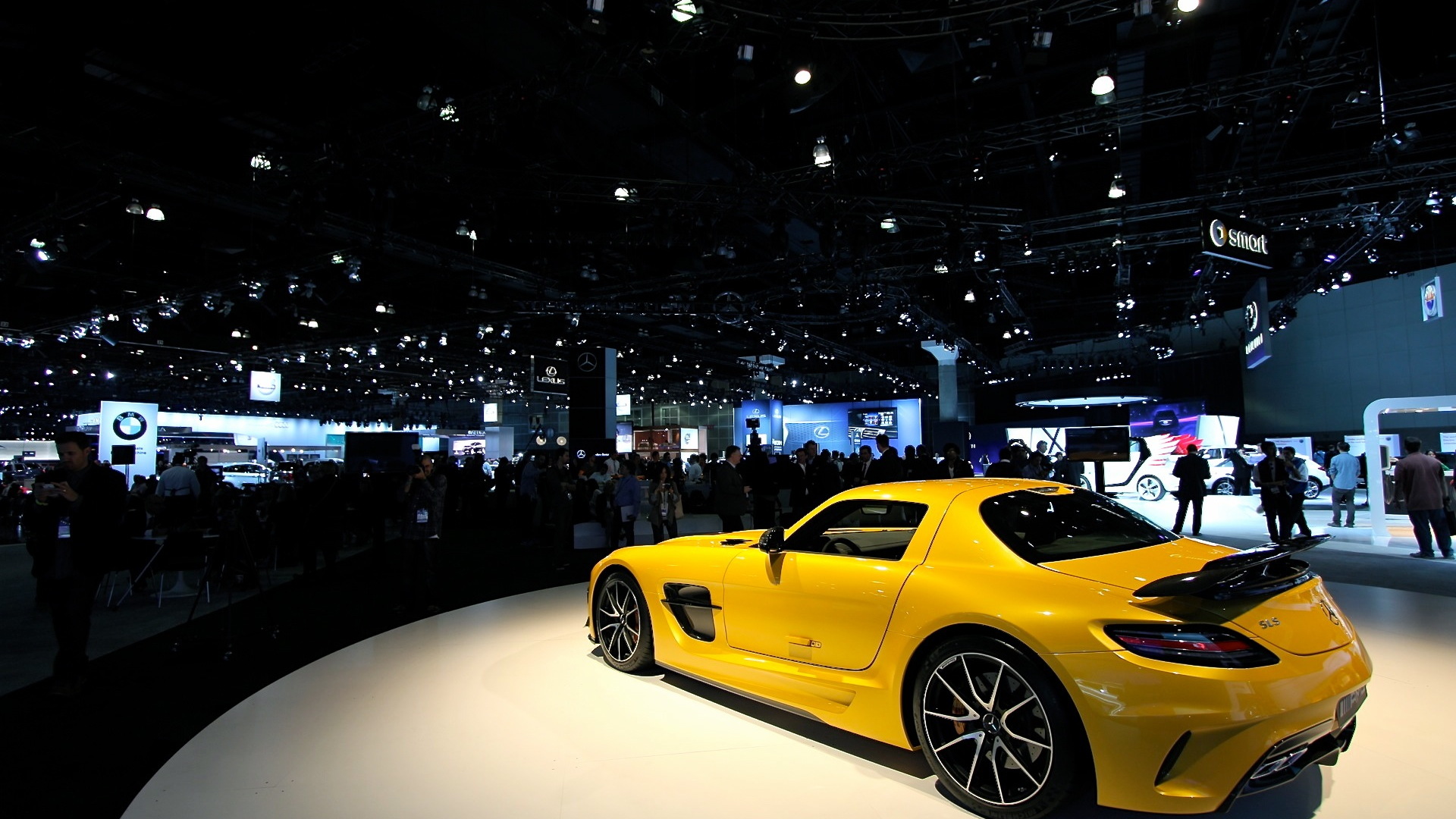 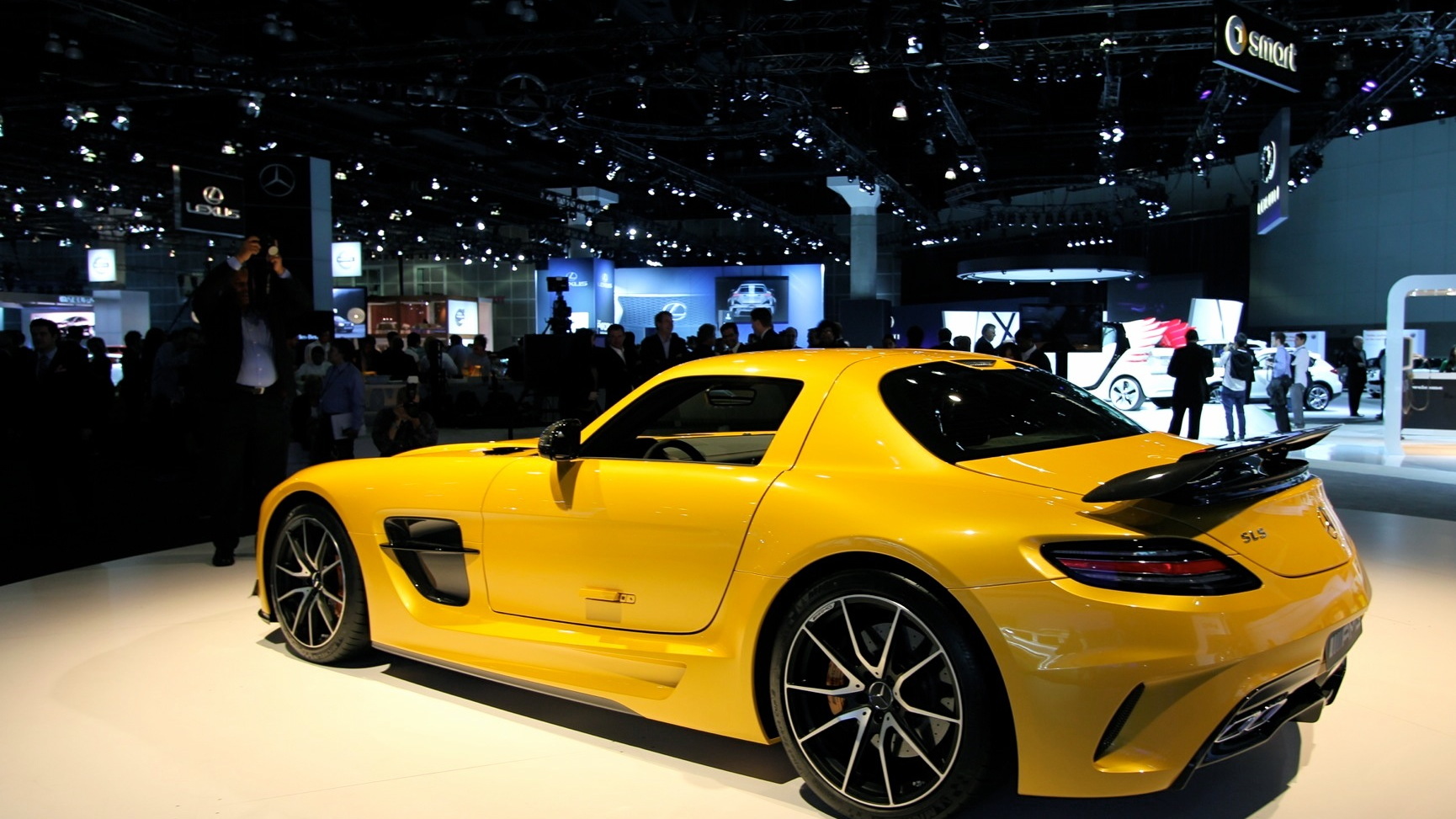 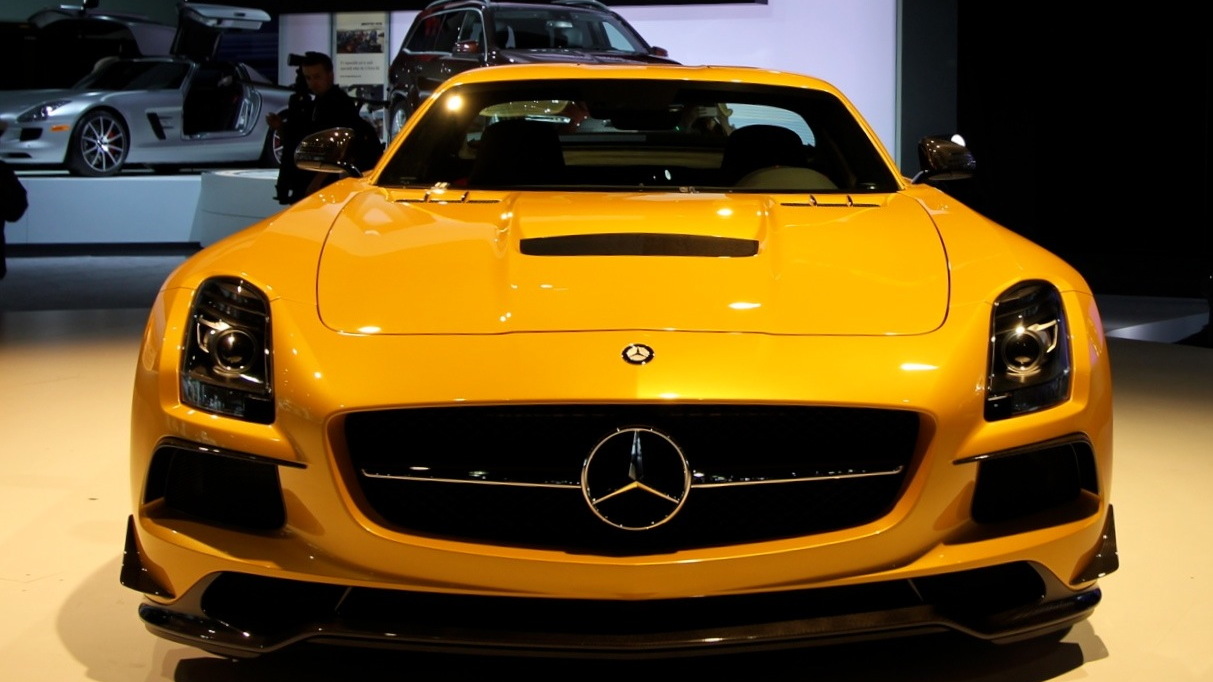 15
photos
One of the standouts of this week’s 2012 Los Angeles Auto Show was a bright yellow supercar from the tuning gods at AMG. That supercar is the new 2014 Mercedes-Benz SLS AMG Black Series, possibly the wildest and most capable car to ever emerge from AMG’s headquarters in Affalterbach, Germany.

Looking every bit as menacing in these live photos as it did just a few weeks ago, during its official reveal, the new SLS AMG Black Series will certainly be one of the meanest cars on the road when it goes on sale next summer.

Backing up the aggressive look is a power output of 631 horsepower and 468 pound-feet of torque, delivered by AMG’s hand-built 6.2-liter V-8 engine. This is the same mill found in numerous AMG products but in its latest form, the engine has received new camshafts and intakes for better breathing, as well as improved oil and water cooling.

The SLS AMG’s seven-speed dual-clutch gearbox has also been upgraded for the Black Series model, which combined with the extra power helps accelerate the car from 0-60 mph in just 3.5 seconds--0.2 seconds faster than the standard model.