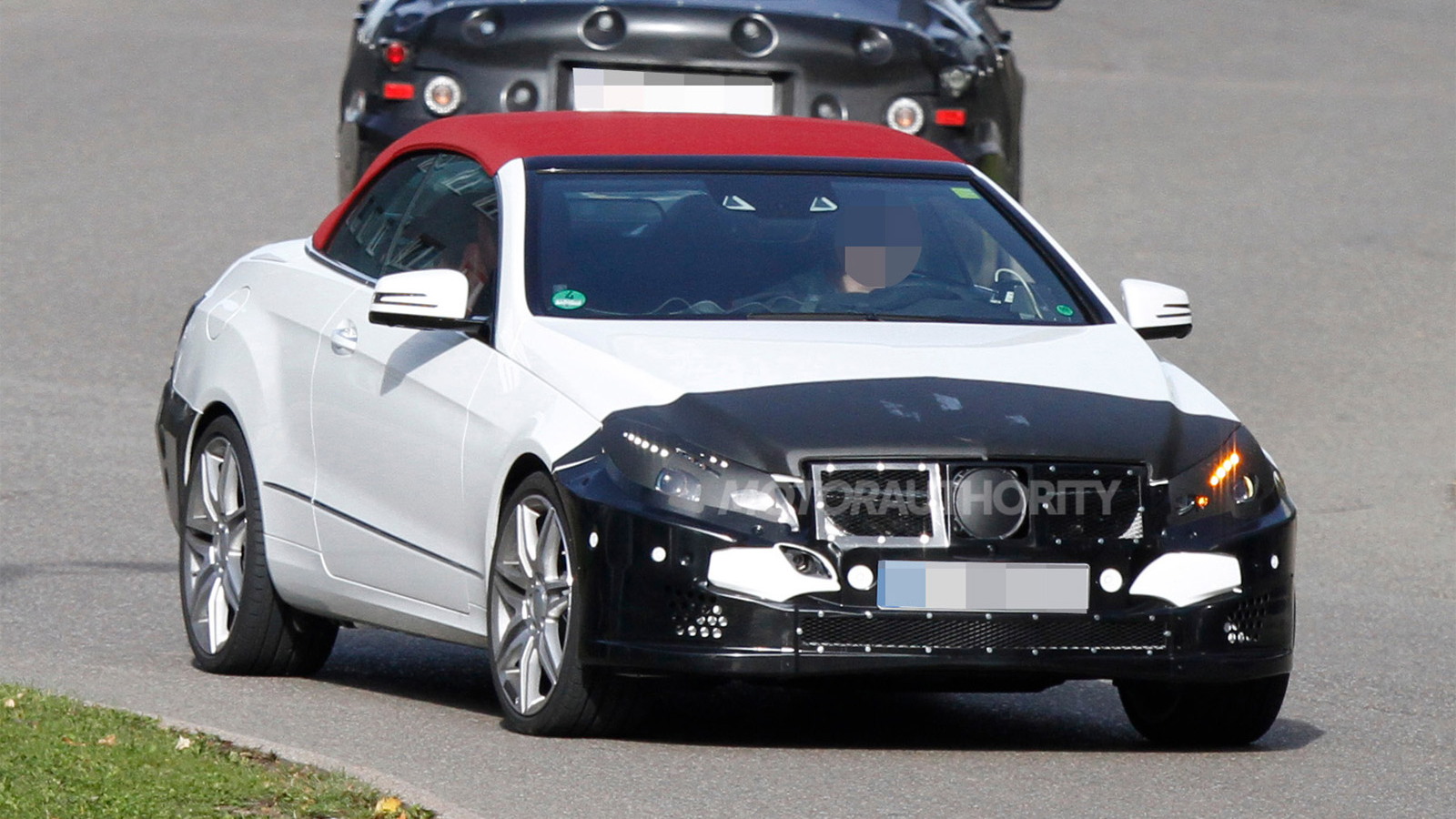 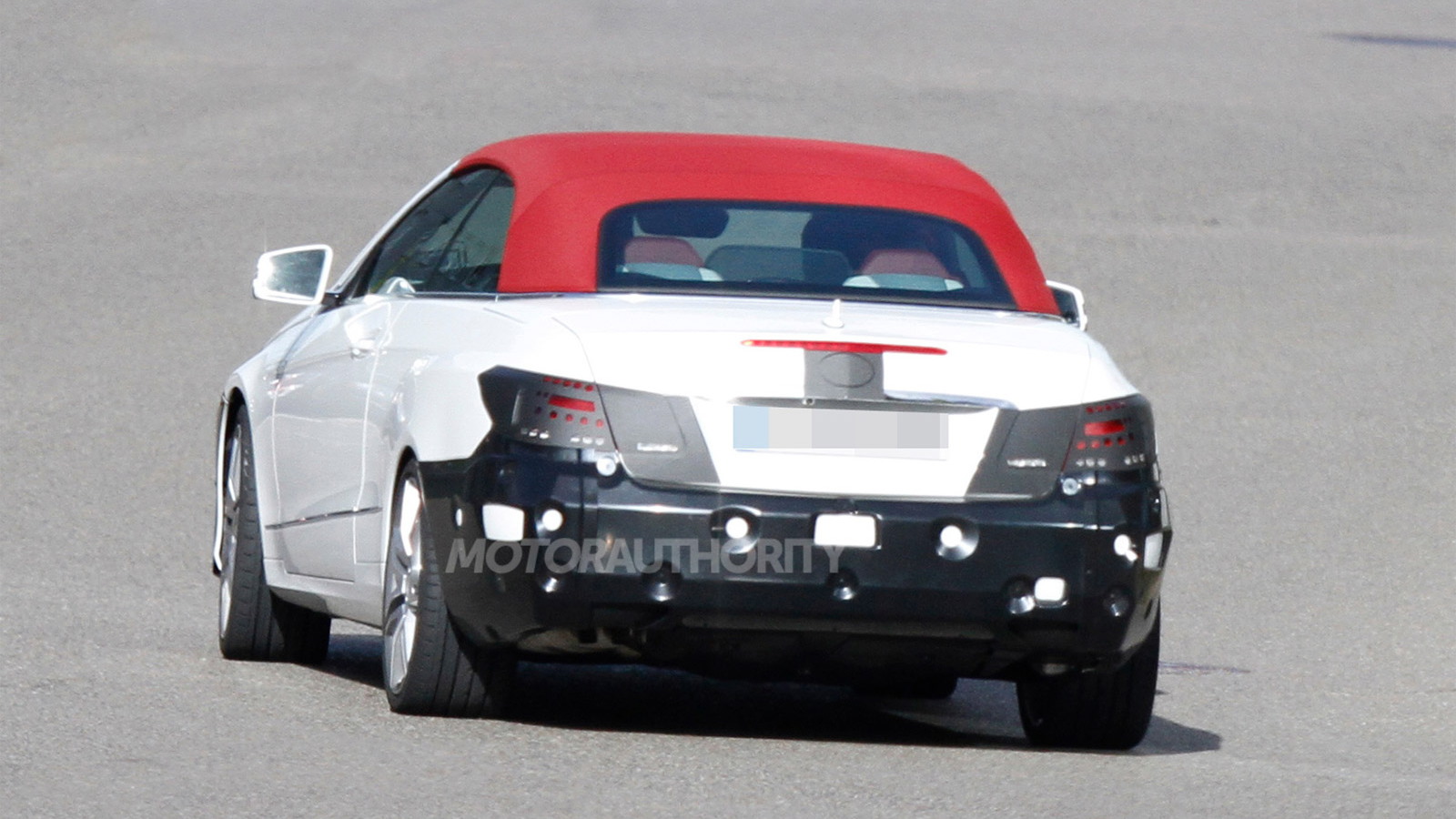 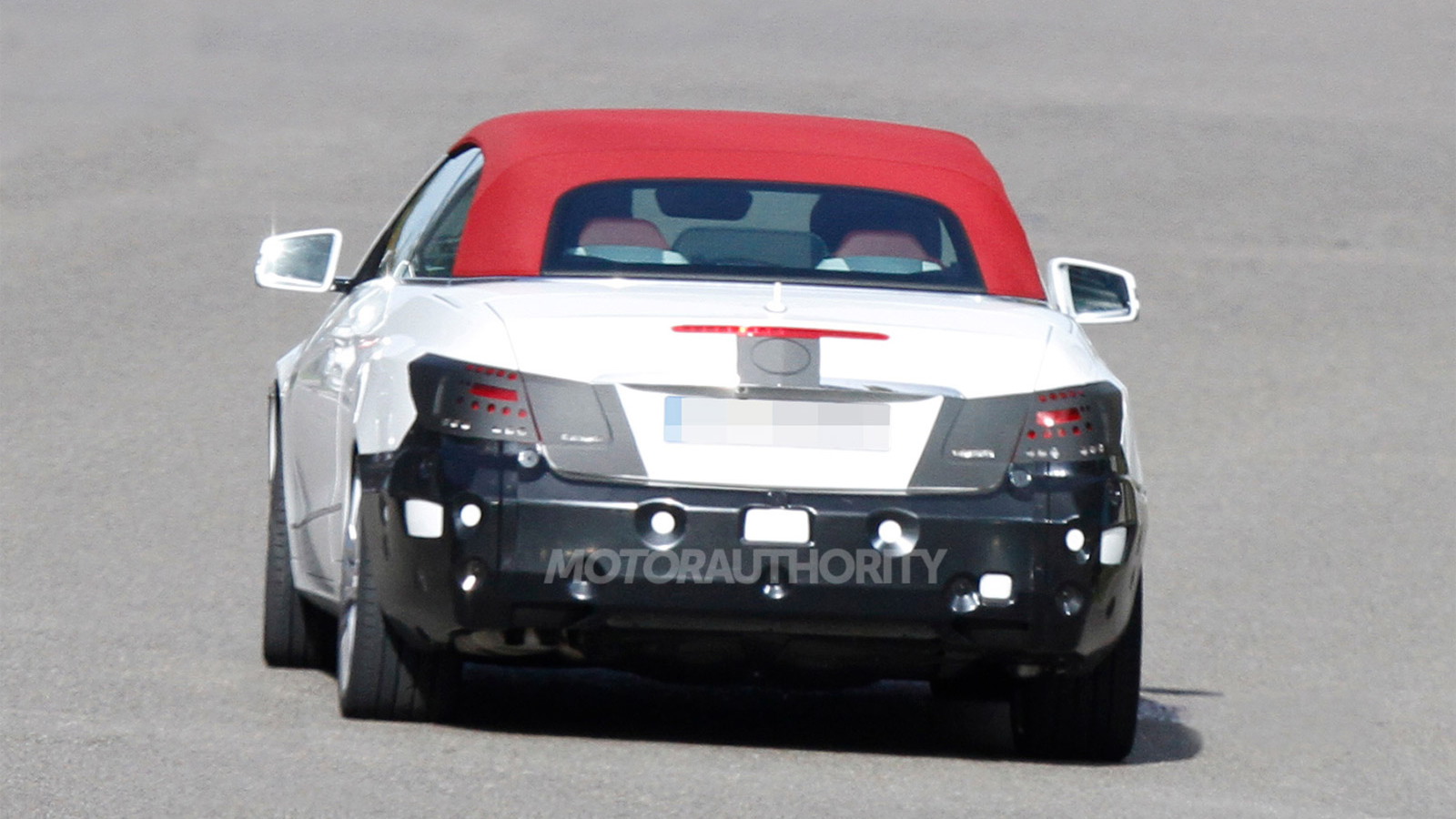 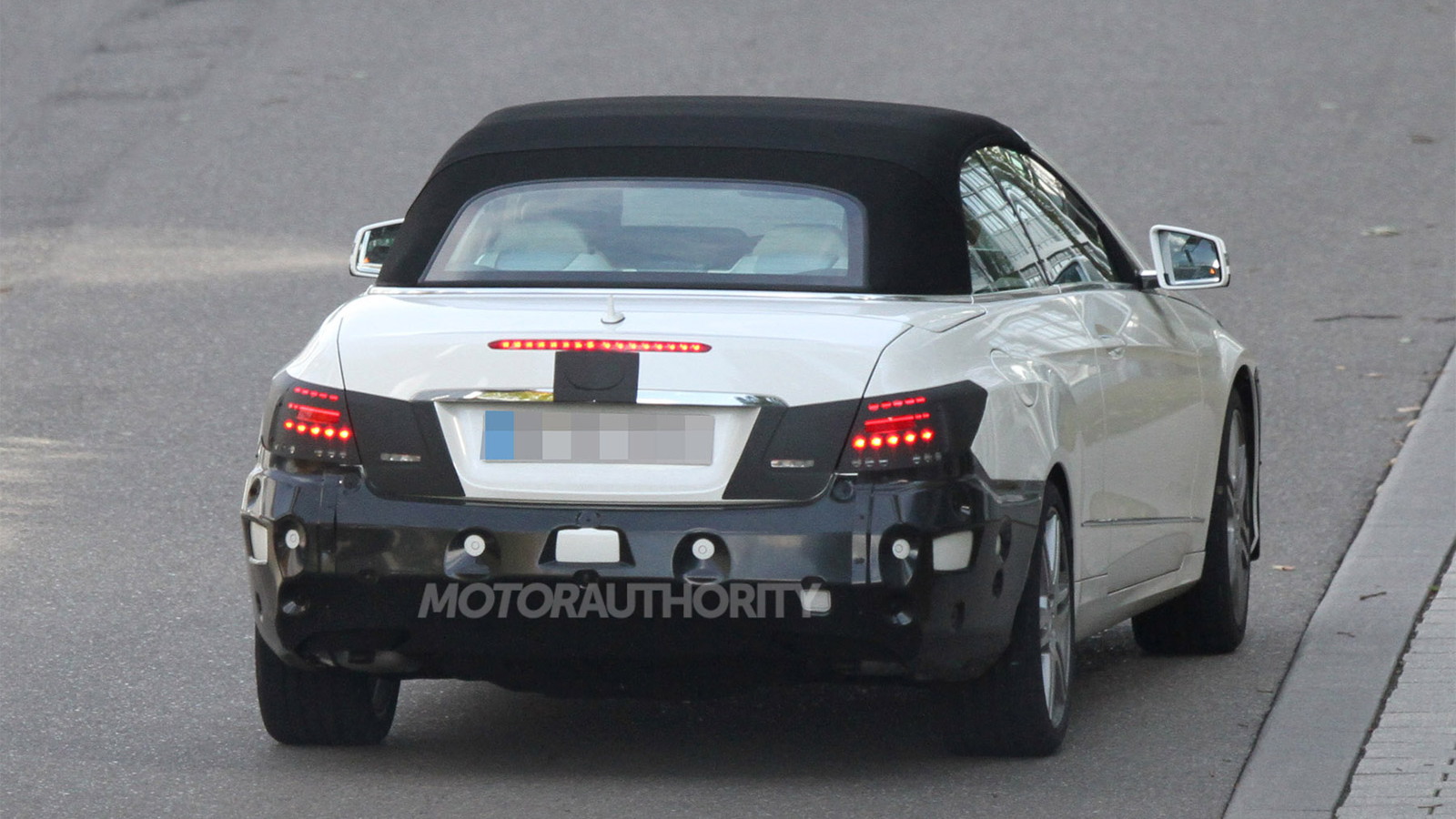 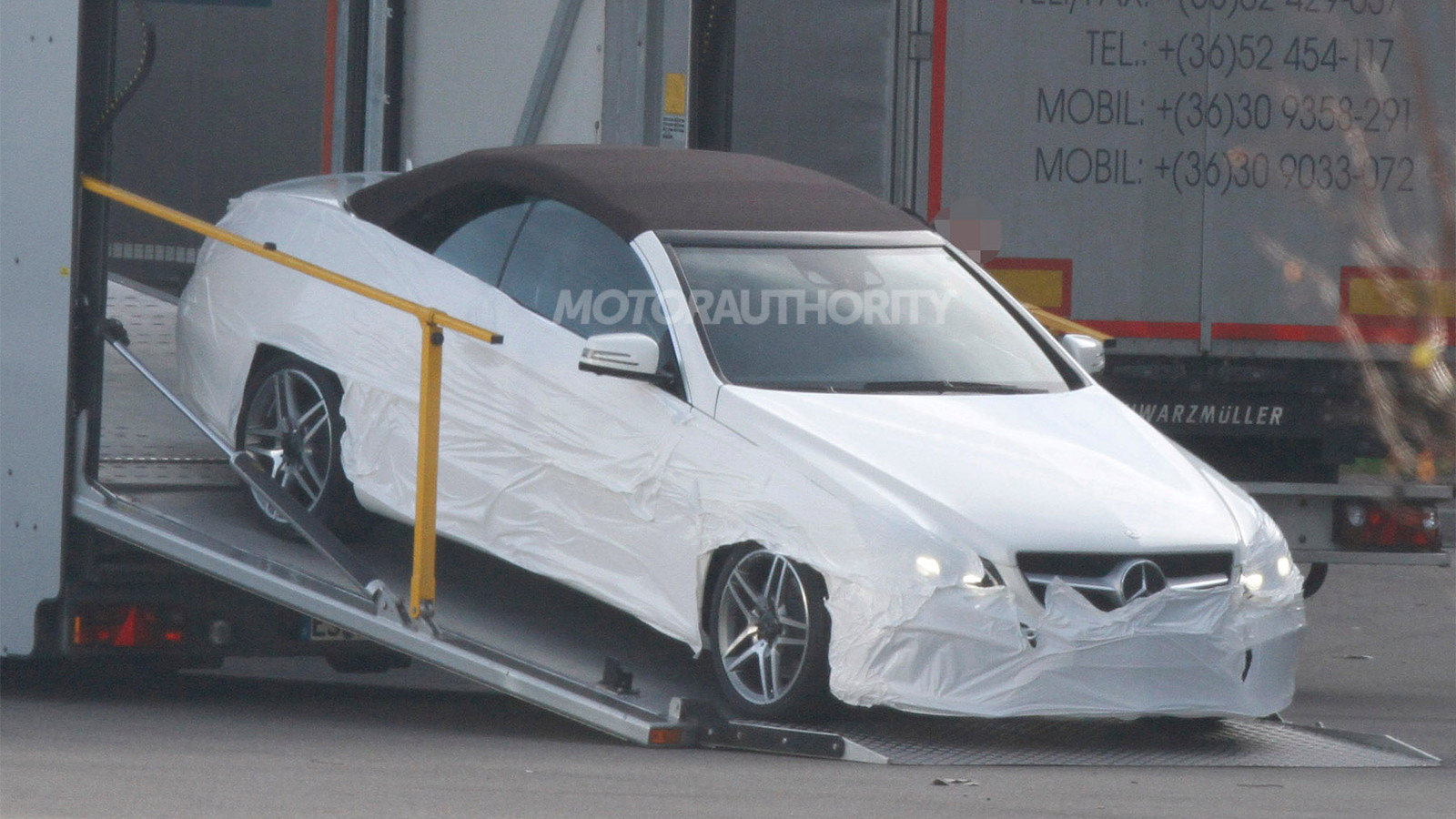 8
photos
Mercedes-Benz is working on a facelift for its E Class range that will be introduced for the 2014 model year. Over the past year roughly, we’ve been treated to a number of E Class prototypes, including versions for the wagon, coupe and high-performance AMG variant.

Today we have the first spy shots of prototypes for the 2014 Mercedes-Benz E Class Cabriolet, which like the rest of the prototypes have camouflaged areas at the front and rear.

The facelifted E Class range is expected to make its debut very soon before hitting showrooms around the middle of next year.

The biggest change is expected to be to the car’s styling, with the headlights set to adopt a single shape design instead of the dual-unit design that has featured on the E Class for the past three generations now. The bumpers will also be new, while the tail-lights should also receive some new graphics.

It appears the 2014 E Class range will also be adopting a much more aggressive look, with the bumper on one of the prototypes seen to be sporting much larger intakes than we’ve previously seen on the E Class. Look for new wheel patterns and an expanded color palette as part of this latest update.

Inside, designers will be attempting to improve the quality of the E Class. Here, we should be seeing finer wood elements, plusher leathers and brushed aluminum and carbon fiber on sportier variants. A more advanced interface may also be introduced.