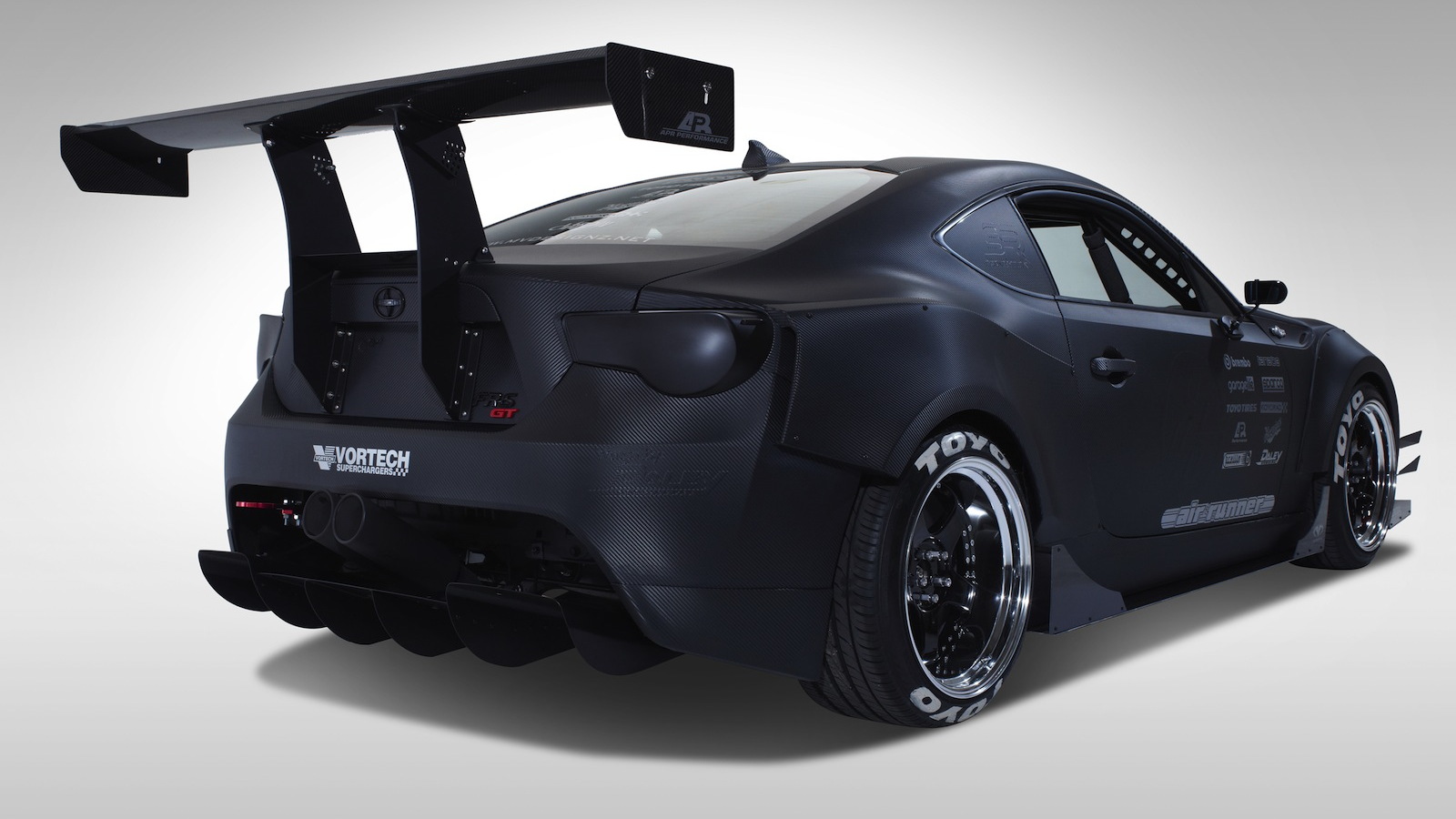 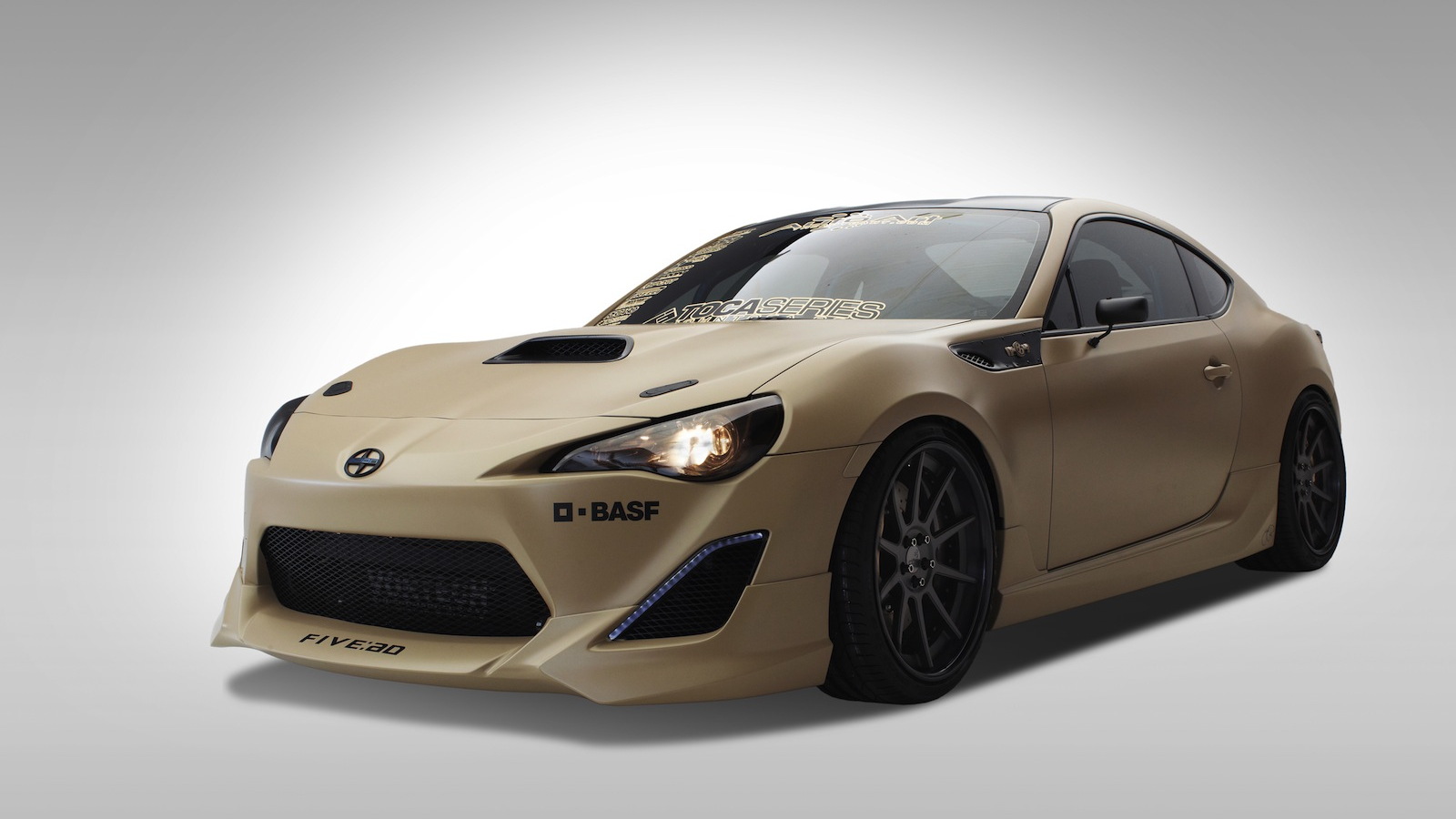 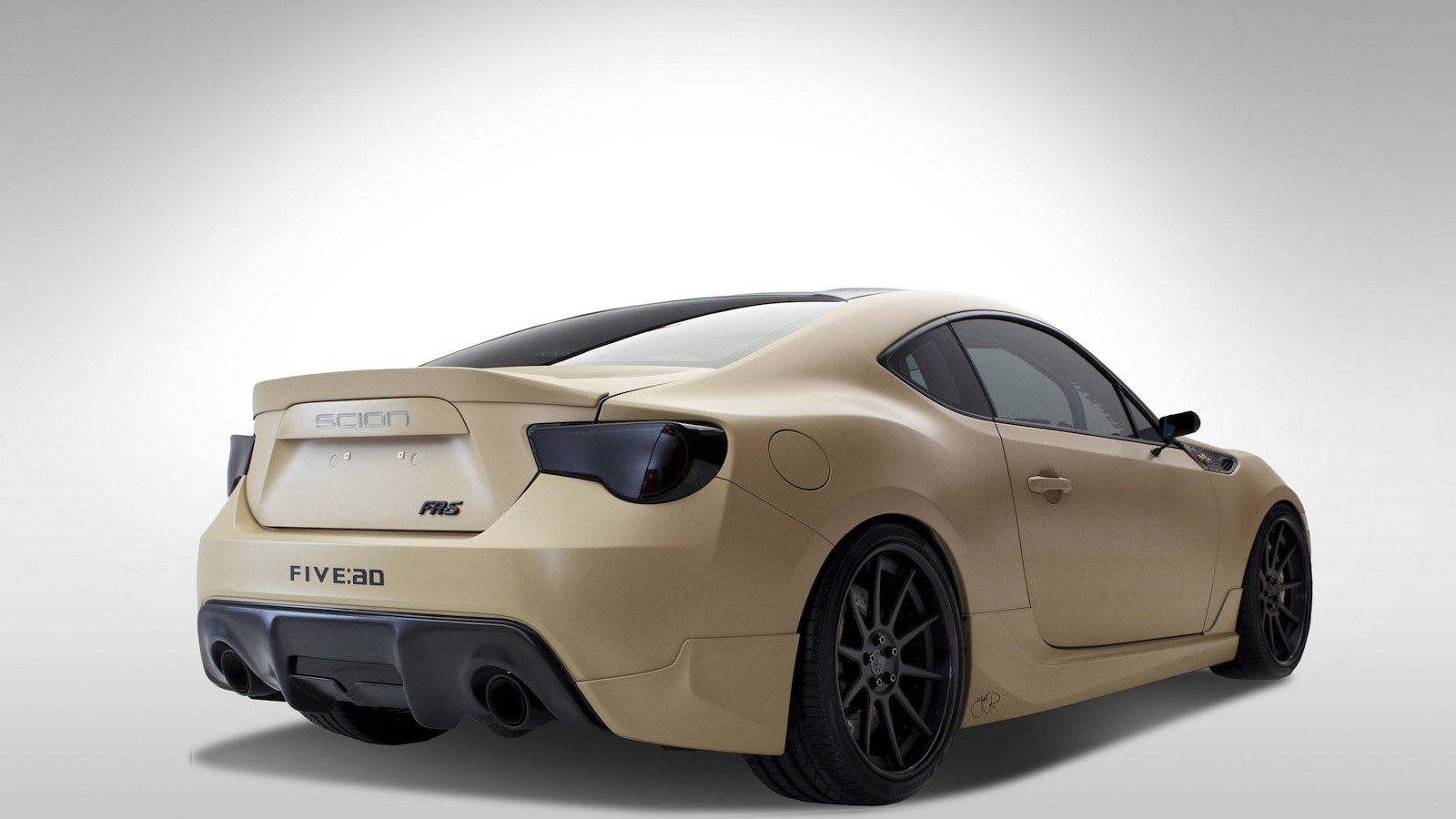 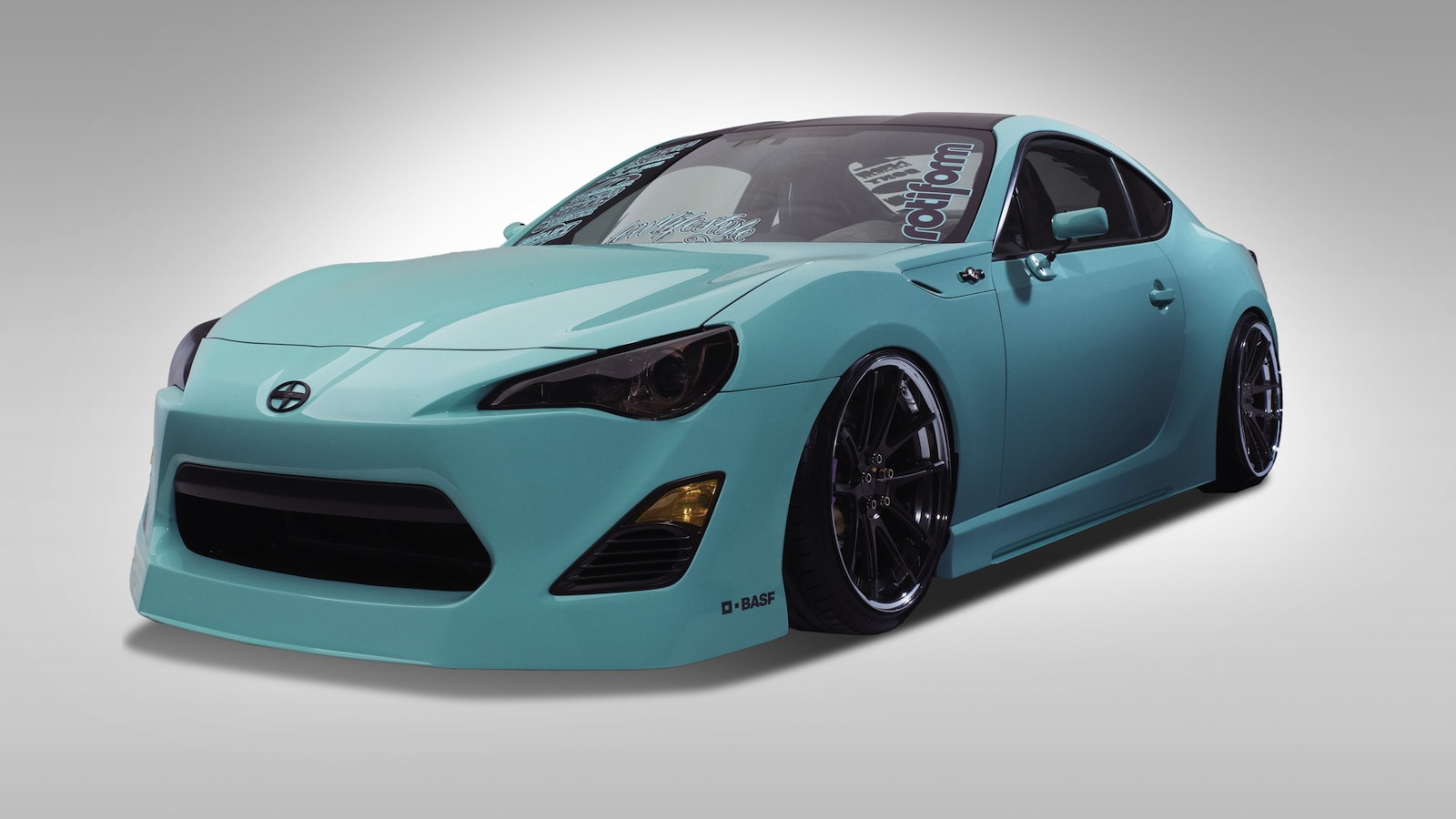 6
photos
Last week we told you about Scion’s FR-S Tuner Car Challenge, which would pit three customizers from around the country in a head-to-head-to-head build of Scion’s FR-S coupe. Each was given a Scion FR-S, $15,000 and ninety days to build a car that will  impresses an independent judging company.

Song’s FR-S GT rides on Toyo tires, uses Brembo brakes and gets a full air suspension for its adjustable ride height. Judging from the massive logo-bearing intercooler, it gets a Vortech supercharger for added thrust, too.

Heading east, Chicago’s John Toca is building a Carbon Stealth FR-S, with as much of a nod towards comfort as performance. The desert tan and black coupe also benefits from a Vortech blower, but adds leather Recaro seats and a serious audio system for passenger enjoyment.

In case the military paint scheme wasn’t enough to make Toca’s FR-S stand out in a crowd, a Five Axis Design body kit and ten-spoke wheels finish out the car’s tastefully executed styling.

If your tastes run to the wilder side, you’ll probably like the FR-S styled by  Pennsylvania’s Chris Basselgia, called “minty FReSh.” Sporting an electric-algae finish, Basselgia promises his creation will blend both art and function, as evidenced by the wooden-rim steering wheel and weathered leather upholstery.

Basselgia is a musician, too, so minty FReSh will get a quality audio system in addition to an air suspension and performance upgrades. His ultimate goal was to create a car that everyone wanted to drive, regardless of individual demographics.

What’s your take on this? Which tuner did the best job, and more importantly, which car would you most want parked in your garage?