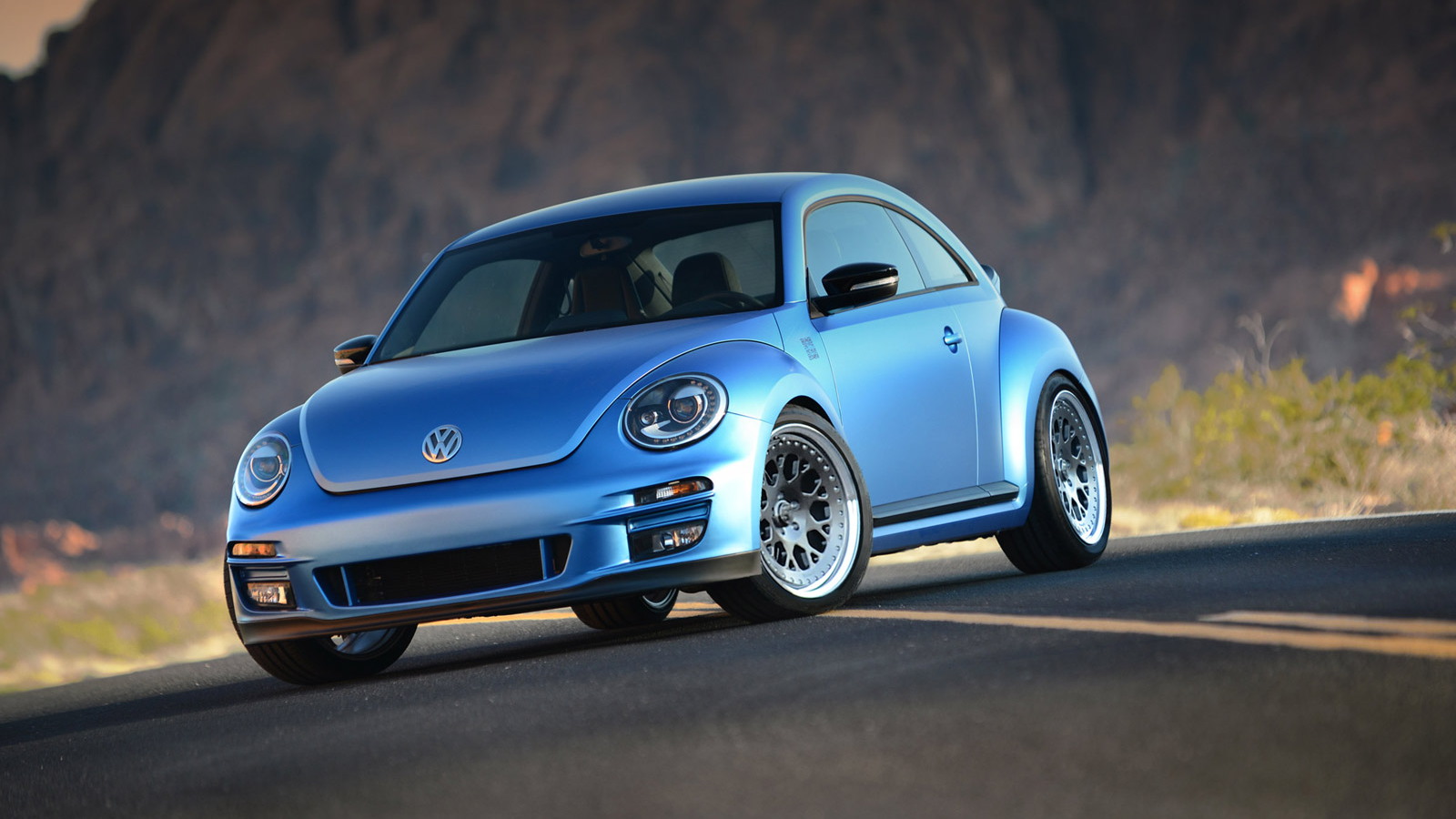 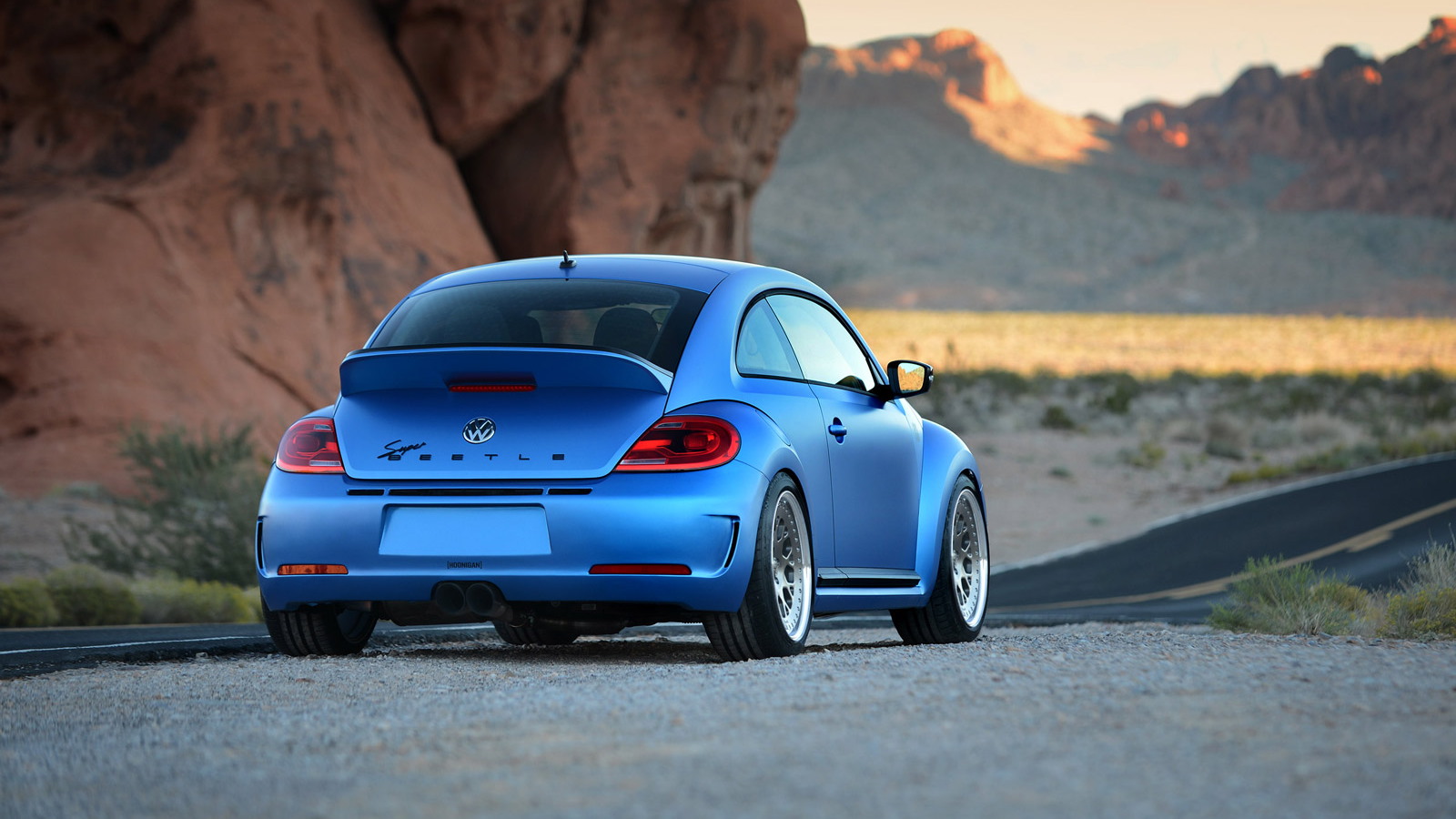 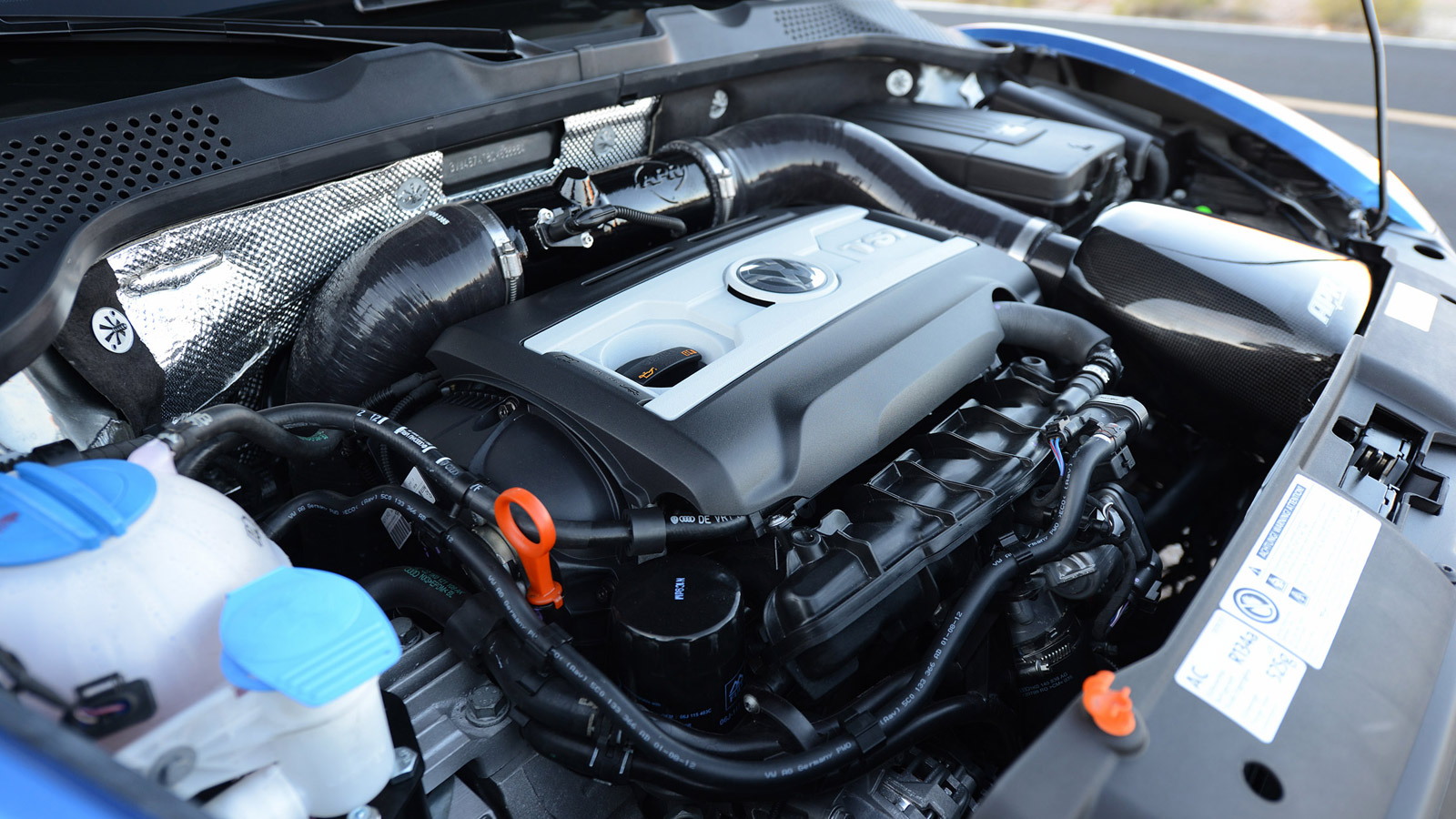 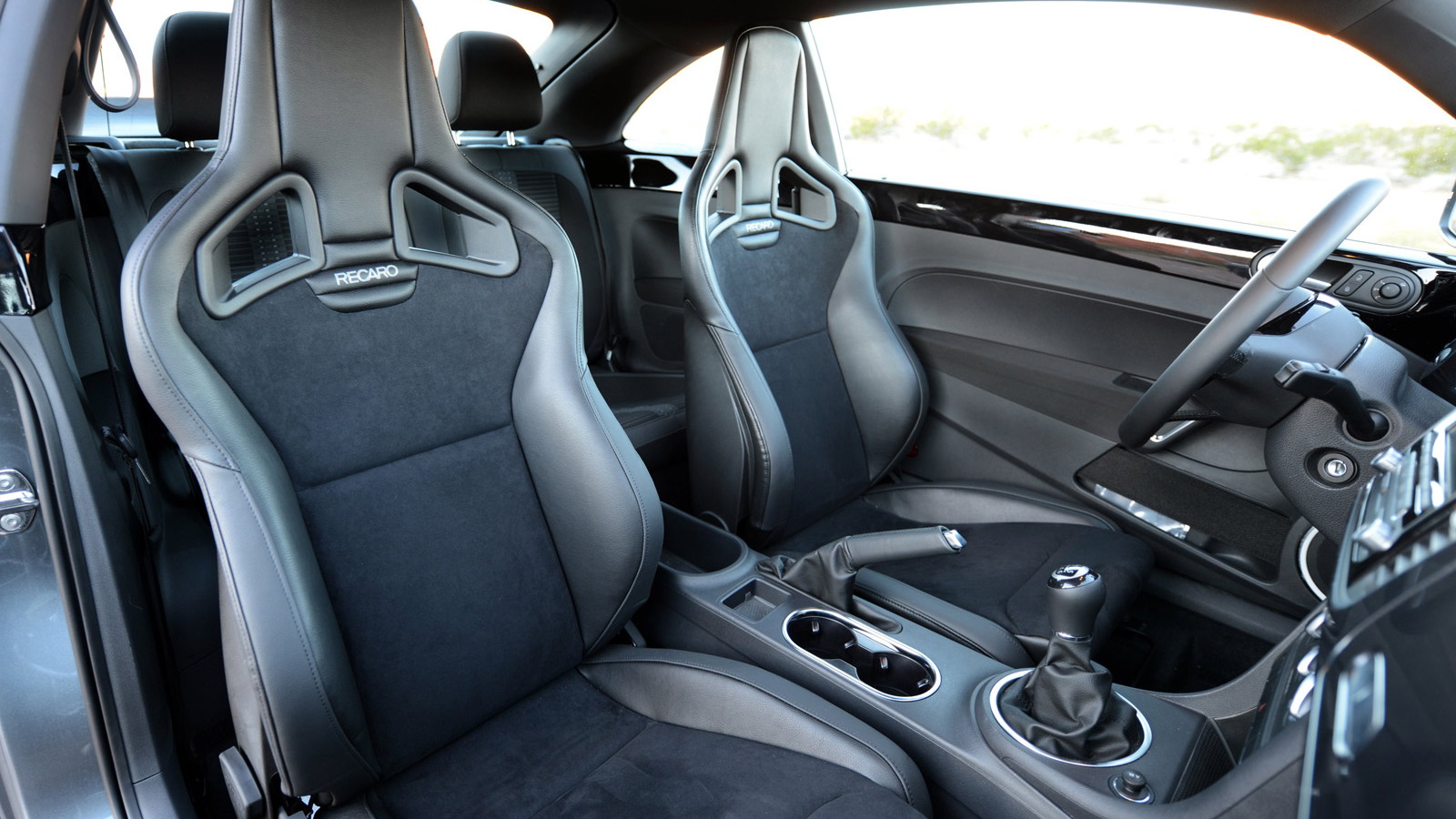 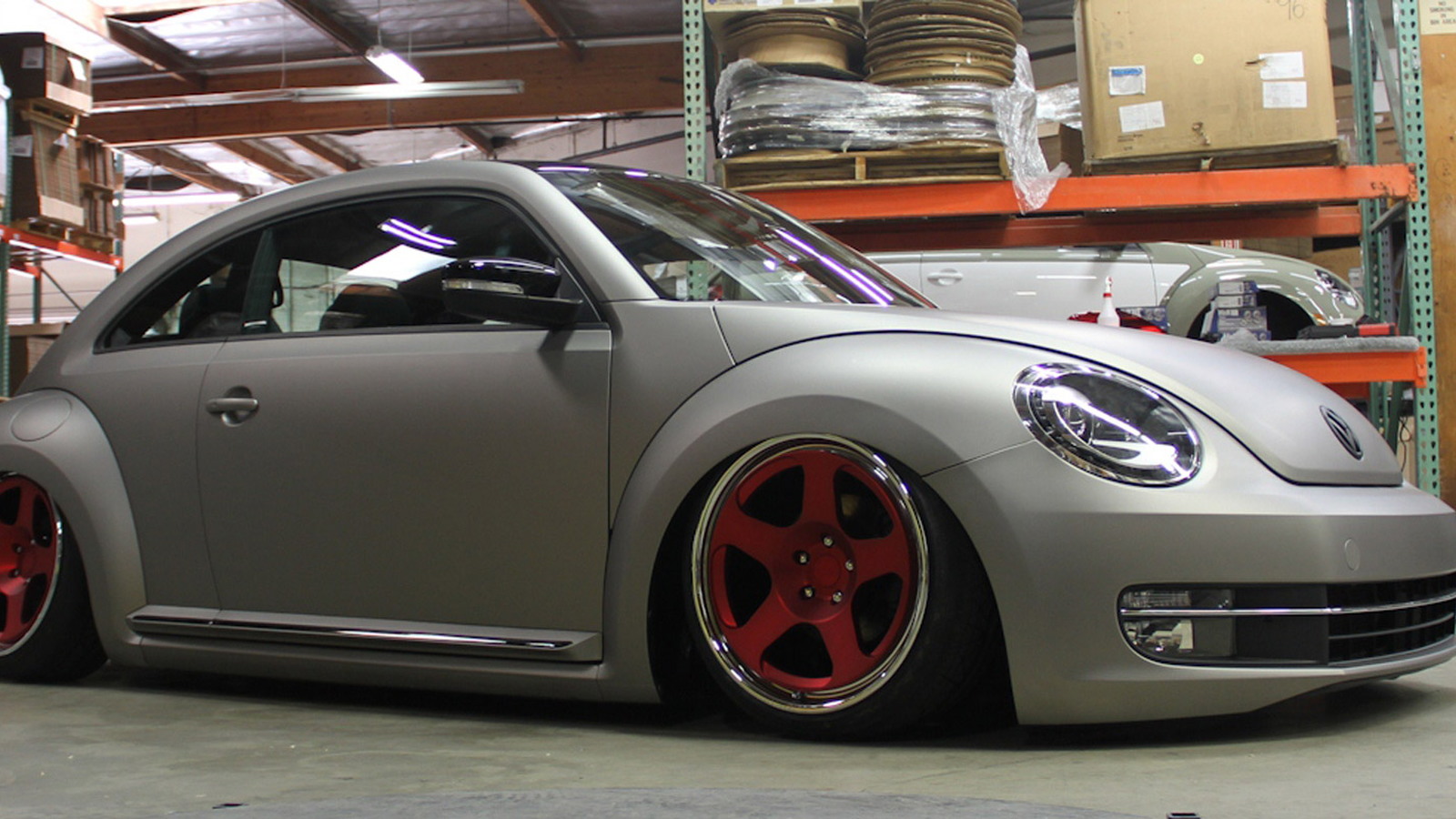 8
photos
The 2012 SEMA show kicks off today and a number of tuned cars are making their presence known. The latest is a bunch of Beetles that Volkswagen has organized with a number of its suppliers and chosen customizers, with the modifications ranging from subtle upgrades to some over-the-top items.

The blue Beetle in our gallery above is the real highlight. It was developed together with performance specialist APR and is based on the 2013 Beetle Turbo.

Under the hood, the vehicle features a long list of enhancements including a custom turbocharging system that boosts output from 200 to more than 500 horsepower.

To cope with the extra boost being fed by its turbo system, APR engineers needed to add a high-performance intercooler system, high-flow cylinder heads and intake systems, reinforced internals, a high-flow exhaust leading from the turbo back, and a revised ECU to make sure the whole thing runs properly.

Drive is sent to all four wheels via a six-speed manual equipped with a heavy-duty clutch and short-throw shifter. The all-wheel drive setup, incidentally, is VW’s own 4MOTION system borrowed from a donor Golf R.

Other upgrades to the car include H&R adjustable coil-over suspension and sway bars, an uprated brake system with six-piston calipers, 19-inch three-piece wheels, and a custom body kit. The final touch is a special matte blue wrap from Oracal.

In addition to the APR-prepped Beetle, VW’s SEMA onslaught continues with four other tuned Beetle models and a high-performance Golf R project car.

These include a beach-themed car developed with European Car Magazine, a low-riding ‘Chopped Top’ Beetle from Galpin Auto Sports (GAS), and a pair of Beetles, one a 1956 model and the other from 2012, developed by FMS Automotive.

For our full coverage of the 2012 SEMA show, be sure to check our dedicated show page.