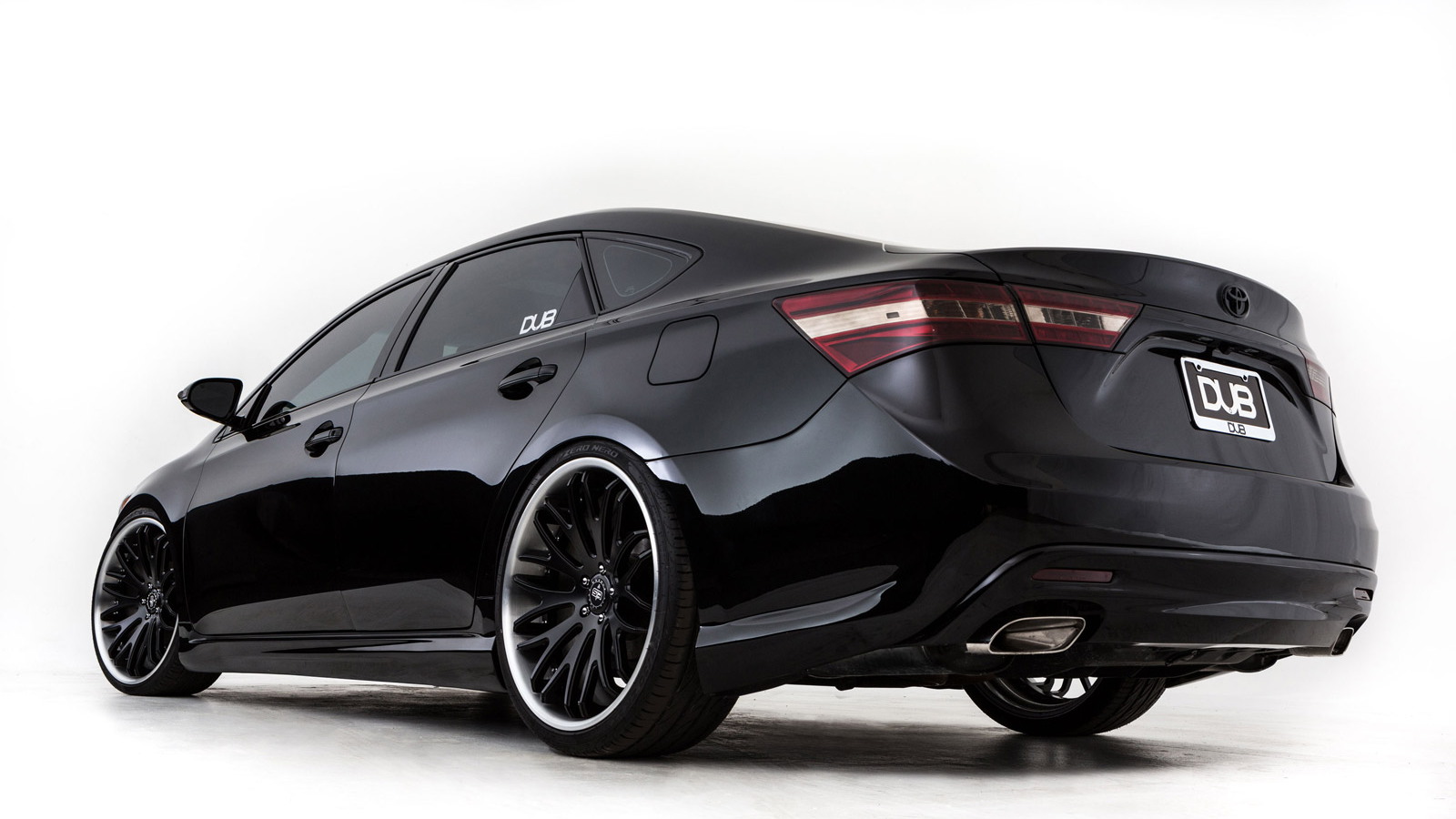 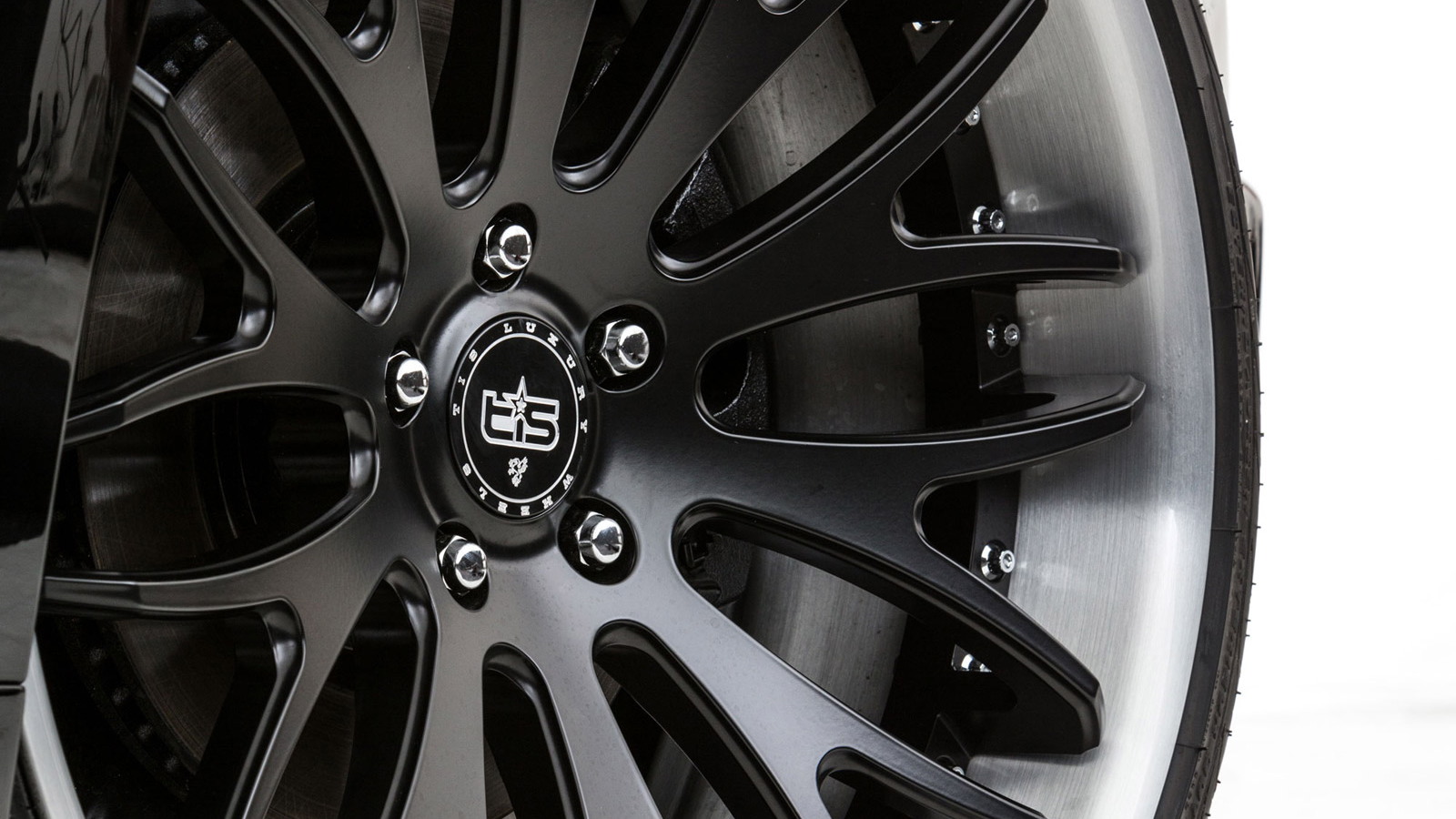 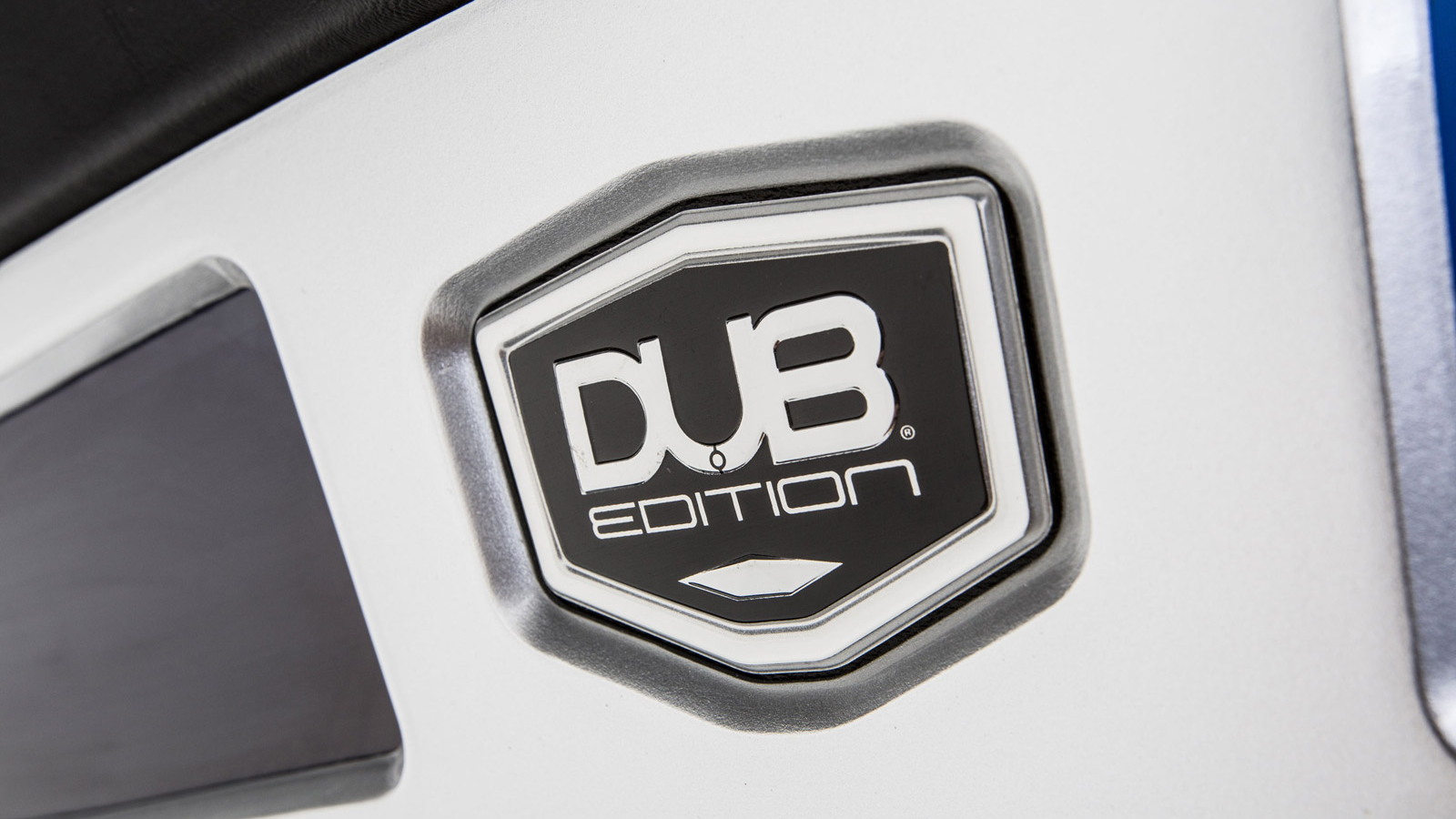 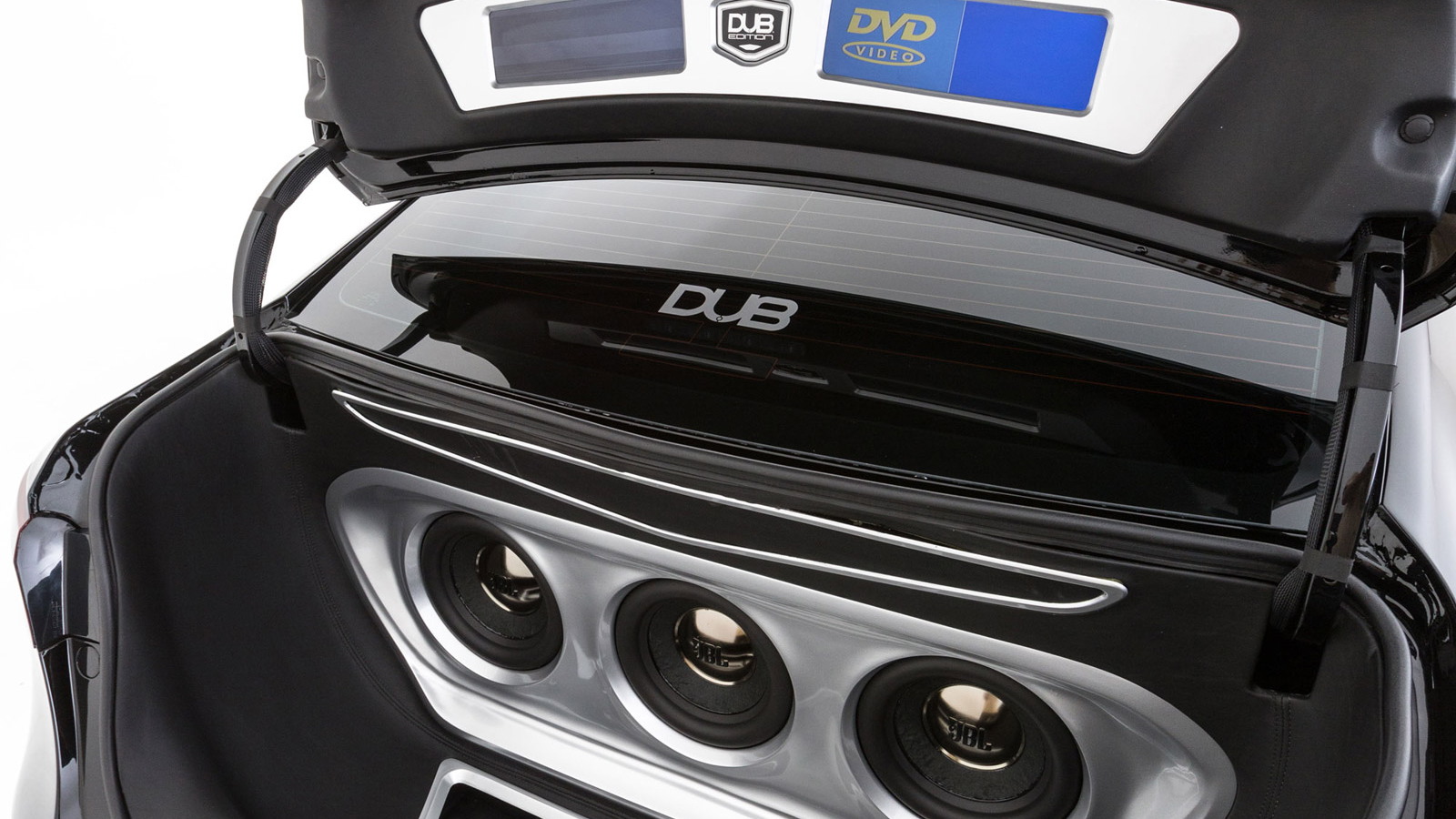 16
photos
We’ve already seen the challengers from Toyota’s Dream Build Challenge as well as its Scion FR-S Tuner Challenge, but now the Japanese automaker is giving a preview of its own concepts and tuned vehicles that it plans to display next week at the 2012 SEMA show.

The highlight of Toyota’s SEMA showcase is the new 2013 Avalon sedan, which as we previously reported has been given a dramatic new look and was developed by a team in the U.S.

For SEMA, Toyota will have at least three different customized Avalons on show, including one in-house developed concept, one from its motorsport arm TRD, and another from DUB Magazine.

Starting with the car from DUB Magazine, a name synonymous with oversized wheels, the customized Avalon features 22-inch wheels with a matte black finish, sticky Pirelli tires and lowered suspension. There’s also a custom body kit as well as a leather-lined interior with a JBL sound system.

The Avalon prepped by TRD gets a supercharged version of the Avalon’s standard 3.5-liter V-6, as well as a high-flow exhaust system. This car is finished in a deep maroon and also gets a JBL sound system.

The final customized Avalon Toyota has announced is the HV Edition, which is based on the Avalon Hybrid model. This concept gets a polar white exterior but with a few blue accents to signify its Hybrid Synergy Drive system.The white and blue theme also features on the inside, with blue-silver metallic leather and white perforated leather seat inserts, as well as crisp blue stitching and dashboard accents being installed. Like the TRD car, the Avalon HV Edition also wears 19-inch alloys and has a JBL sound system. 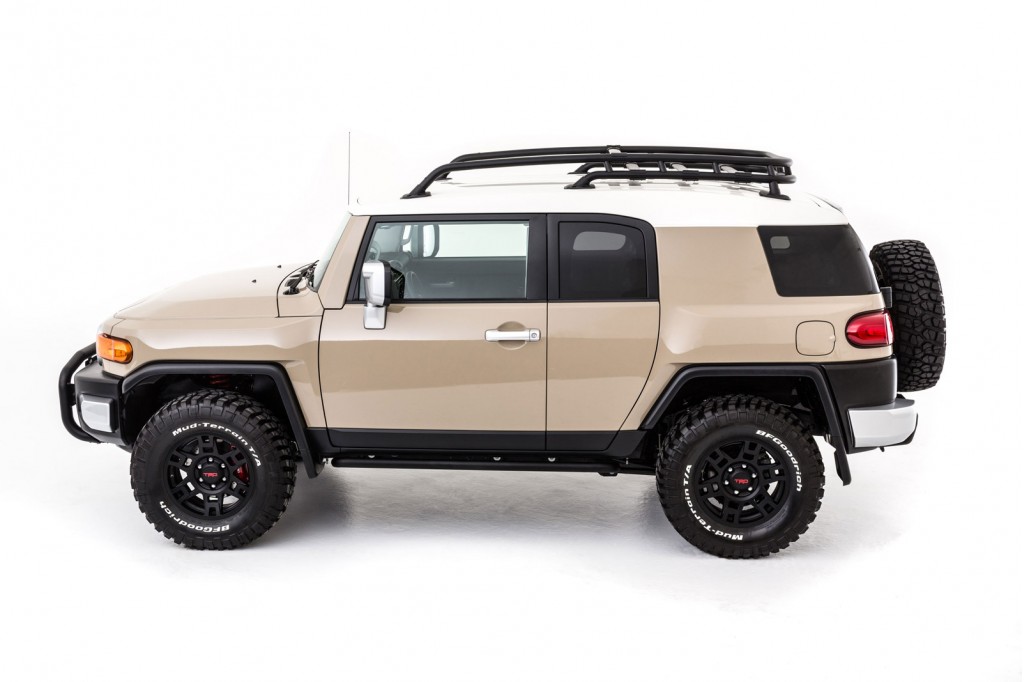 In addition to the Avalons, Toyota will also be presenting an FJ Cruiser it says was inspired by Baja racing. Once again TRD was responsible for the modification, which turned out to be quite extensive.

TRD took the unusual step of upgrading the chassis structure for more serious off-road duty through the addition of an underbody ‘exoskeleton.’ The extra stiffness and strength creates a more suitable platform for the suspension modifications and wheel and tire upgrades, in this case Bilstein racing shocks and 17-inch TRD beadlock wheels with BFGoodrich All-Terrain tires.

The FJ's 4.0-liter V-6 engine also gets a custom supercharger and a large air-to-water intercooler, with peak output being turned up to 345 horsepower and 340 pound-feet of torque. A custom cat-back exhaust gives aural clues to the FJ's increased urge. 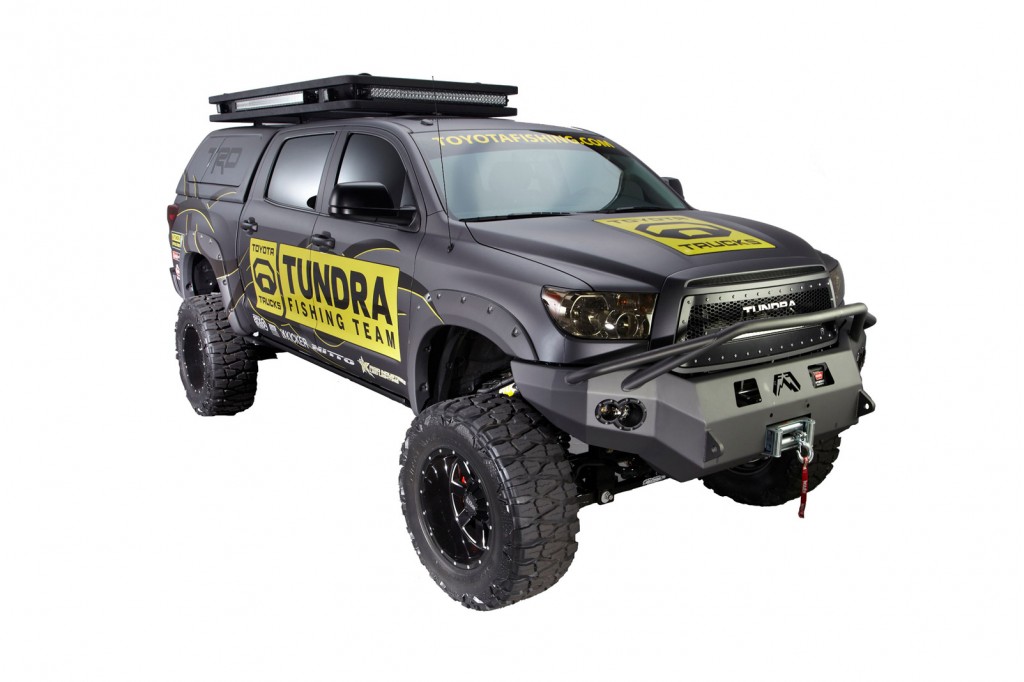 Finally, we have the Pro Bass Anglers 2013 Tundra, a custom pickup developed by Bassmaster Elite Series pro angler Britt Myers. Described as the “Ultimate Fishing Tundra,” this vehicle gets a custom TRD supercharger for its 5.7-liter V-8, a high-flow exhaust system, a 12-inch suspension lift kit, a Fox shocks and coil-over system, and uprated brakes.Look out for the debut of all these custom Toyotas at the 2012 SEMA show, press days for which commence on October 30. You can catch our full coverage of the event via our dedicated show page.