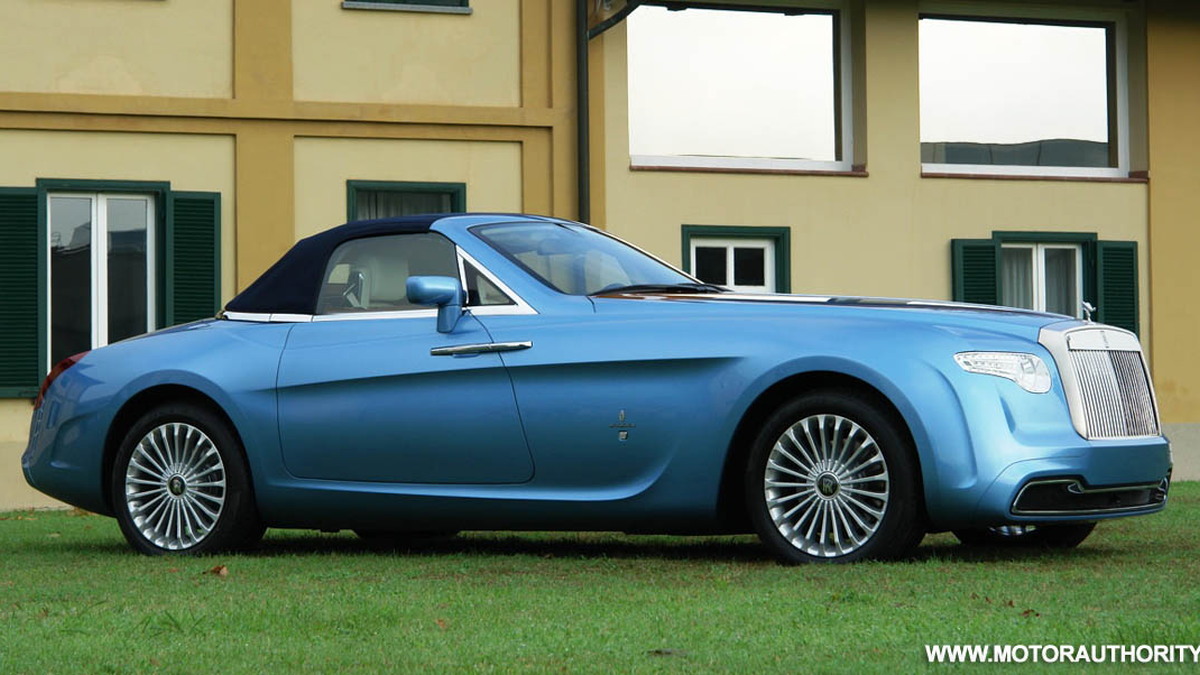 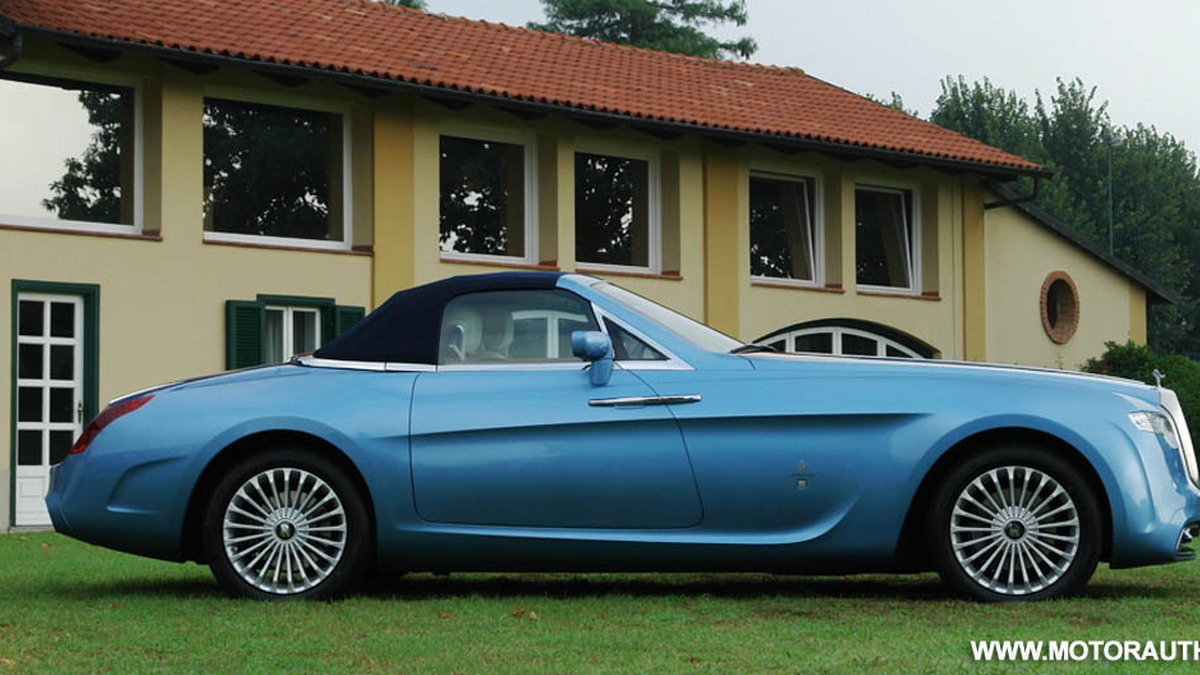 In 2008, Pininfarina designed an exclusive version of its Phantom Drop Head Coupe for Rolls-Royce collector Roland Hall. Sketched by noted designer Jason Castriota, the Hyperion was meant to evoke memories of the 1930s, when luxury roadsters from brands like Duesenberg and Rolls-Royce ruled the roads.

The Hyperion wore custom carbon fiber bodywork, which included a compartment for hunting rifles in front of the windscreen. Rear seats were removed to give front passengers additional legroom, and the doors were crafted of wood. A Girard-Perregaux watch graced the dashboard, but it was removable to wear on the owner’s wrist.

In the years since its debut at Pebble Beach, fate has not been kind to the one-off, ultra-luxury creation. It’s been offered for sale numerous times, starting with Hall’s attempted sale in 2009. At an asking price of 4.5 million euros (roughly $5.8 million today) it isn’t clear when a buyer was found, or at what price.

The car surfaced at an Abu Dhabi luxury dealership last April, offered for an undisclosed price, and now GT Spirit tells us it’s for sale again. This time at Alain Class Motors (which, coincidentally, has a branch in Dubai, U.A.E.) is offering the car for a mere 2.933 million euros ($3.783 million), quite a savings from its original asking price.

The Hyperion illustrates the problem with having a one-off ultra-luxury car built to your personal specifications. While it be exactly what you had in mind, future buyers may not find the car as desirable.

Will future collectors look back at the Hyperion as an under-appreciated design icon, or merely as a tribute to wretched excess? Time will tell.