Labor Day's over, and now the real work begins. With the 2012 Paris Auto Show starting to loom large here at Motor Authority, we're seeing a fresh stream of enticing photos of new vehicles meant to entice us into the Mondiale de l'Expo--and its relatively un-air-conditioned halls.

But Paris isn't the only provider of fantastic pictures this week. Over at The Car Connection, we're lavishing some attention on the newest edition of the Dodge Challenger SRT8, while our cohorts at Green Car Reports have the stomach-churning evidence of a Tesla Roadster that almost, but not quite, made a round-the-world trek.

Come back next Friday for another roundup, or visit our Photos Of The Week  page to see each new addition as we build our collection over the coming months. 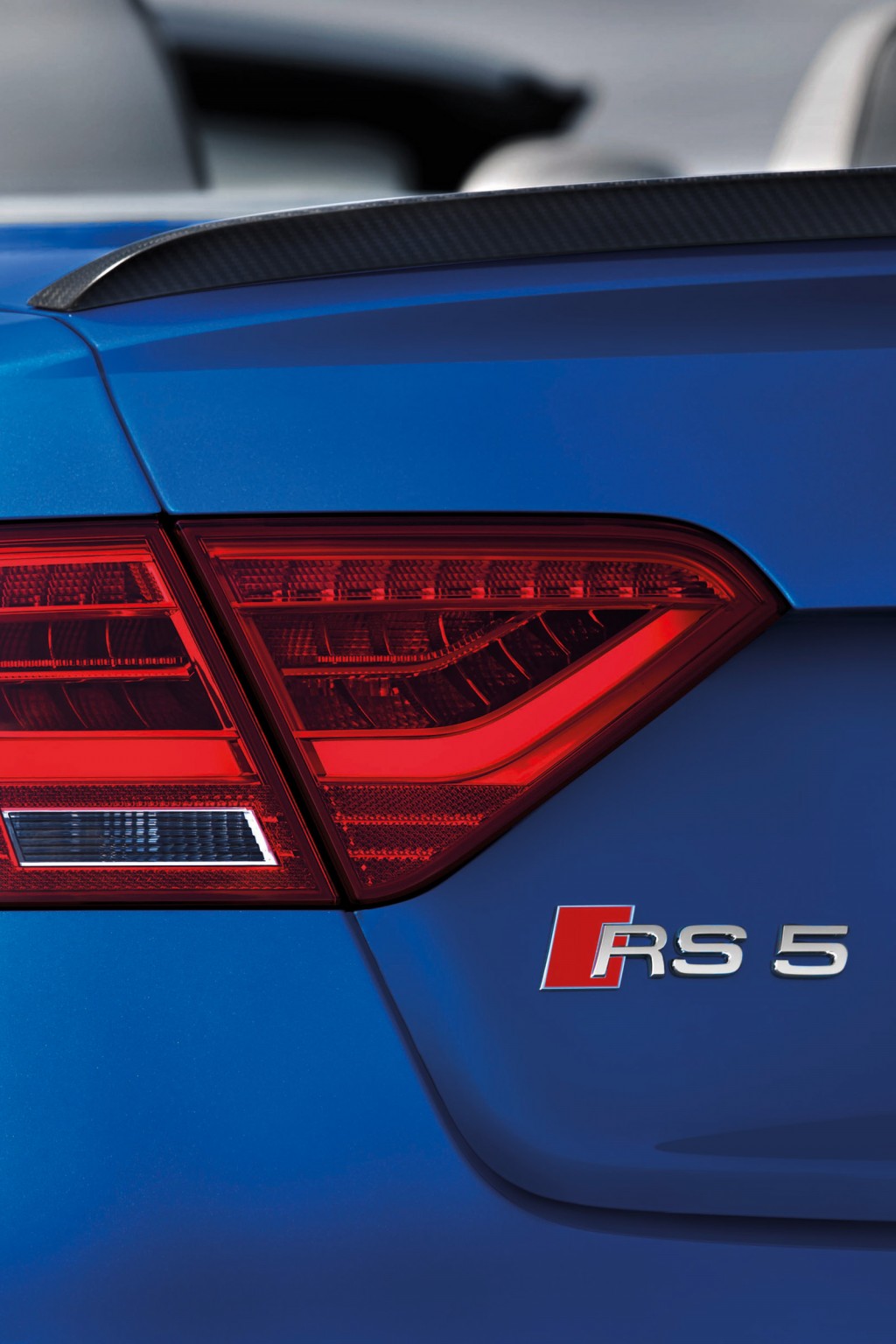 The Audi RS 5 coupe is already on sale--maybe you caught our first drive from Sonoma raceway? You didn't expect Audi to stop at the roofed version, and neither did we.

Now here's the proof: a new convertible version makes its debut at the 2012 Paris Auto Show later this month. The brute performer shares the coupe's 4.2-liter V-8 and its 450 horsepower, as well as its standard quattro all-wheel drive system and seven-speed dual-clutch transmission. 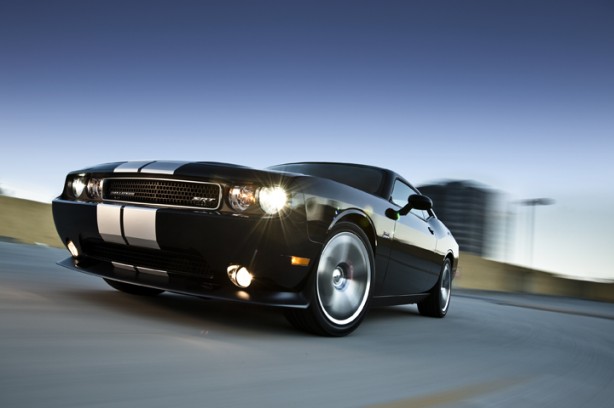 Not much change has come to the Dodge Challenger lineup for this year, but the dramatic images sent out with the annual press kit were enough to remind us why the retro-themed coupe is such an appealing musclecar--one that's actually a comfortable touring car until you tap its HEMI power to melt some tires down into less usable form. 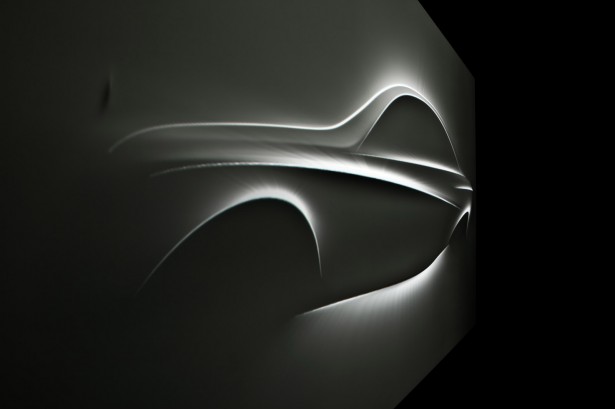 The 2014 Mercedes-Benz S Class should arrive sometime next year, but the first peek at its overall design direction comes at this month’s 2012 Paris Auto Show. As with the last CLS Class, the S Class preview will take shape in the form of a sculpture, here a piece called the "Aesthetics S." In the barest of previews, the concept consists of a solid sculpture and a light show. Tease. 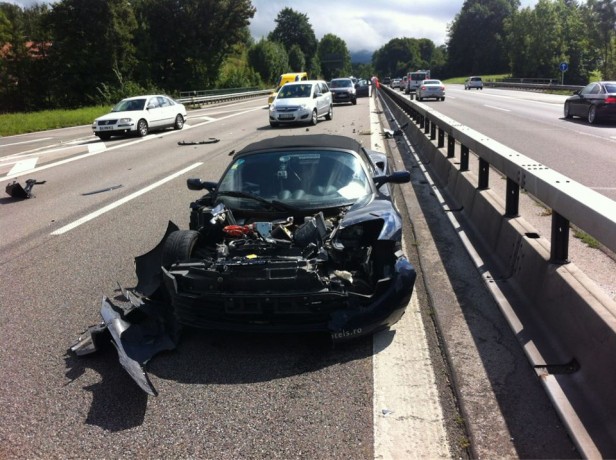 Rafael de Mestre is French and apparently, a big fan of round-the-world treks. So much so, he tried to take his Tesla Roadster around the world in just 80 days.  Go, Jules Verne, go! It's all fun and games until someone loses an entire front end, of course--which is exactly what de Mestre did, only 600 miles short of the finish line. Of course, the accident took place in Germany--and of course, it involved a big SUV and a lowly Toyota hatchback, like all eminently forgettable accidents do. 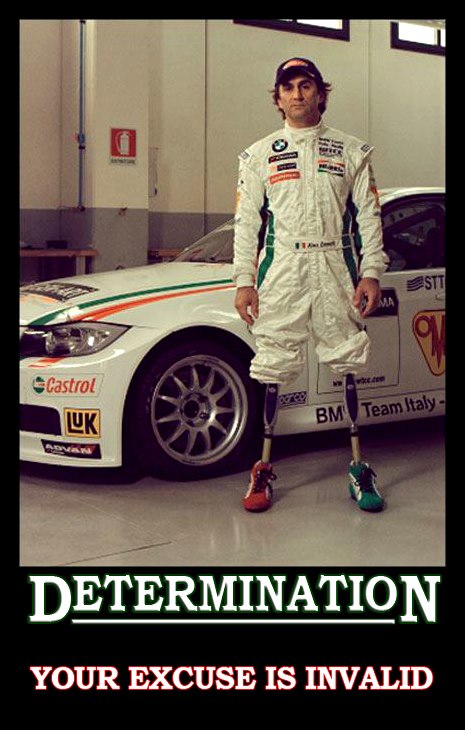 Last up this week is Alex Zanardi, in a meme that doesn't require much backstory to put the universe into better perspective. A CART and Formula One driver, Zanardi lost most of both of his legs in 2001 in a horrific accident. Indomitable doesn't begin to describe his spirit: not only did he start rehabilitation right away, he designed his own prosthetics so he could continue auto racing. He rose again to competition level, piloting vehicles equipped with hand controls. He retired from professional auto racing in 2009--only to switch over to handcycle racing. He began racking up wins right away.

Earlier this week, Zanardi took home a gold medal in his new sport at the 2012 Paralympic Games in London.