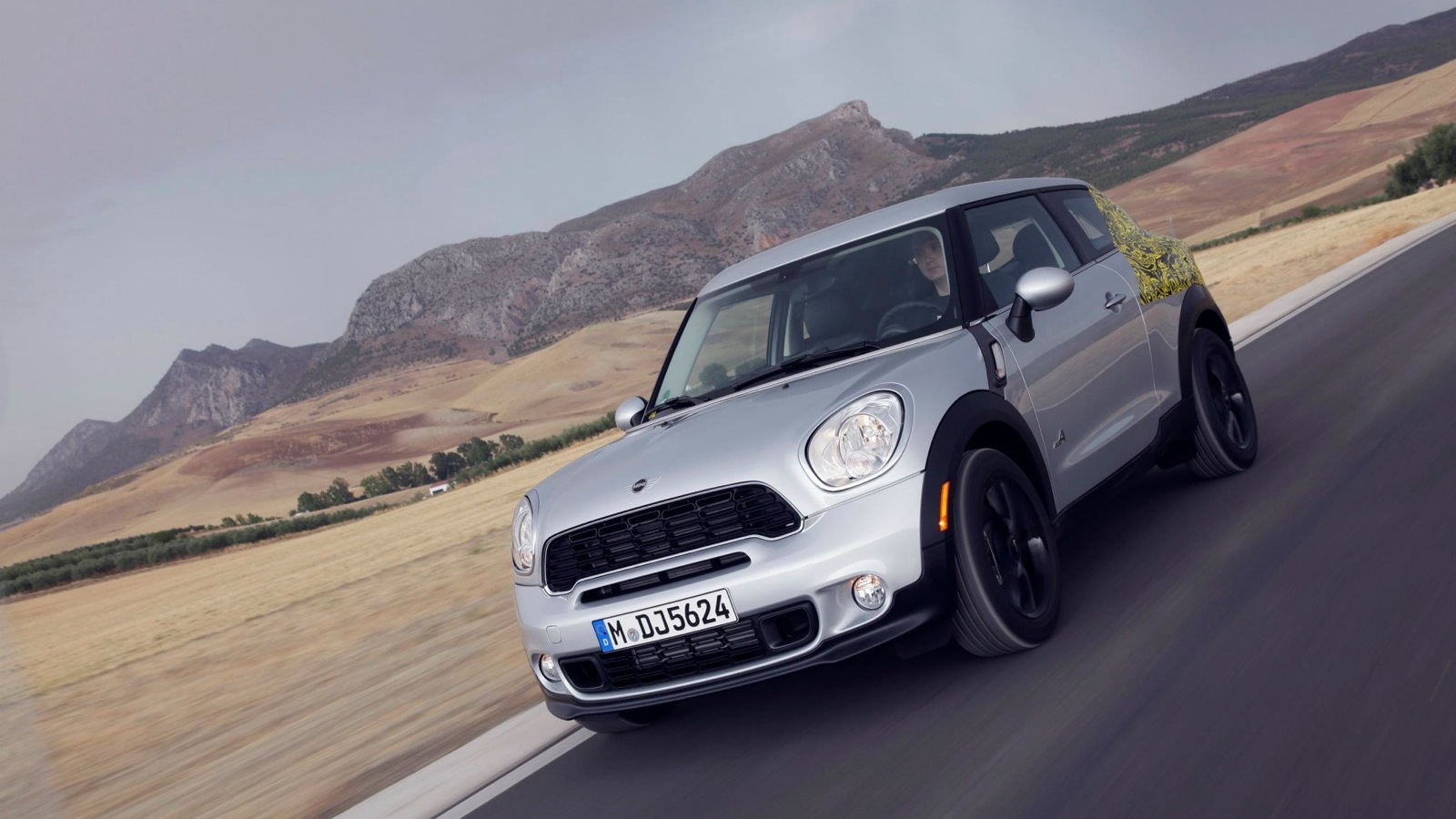 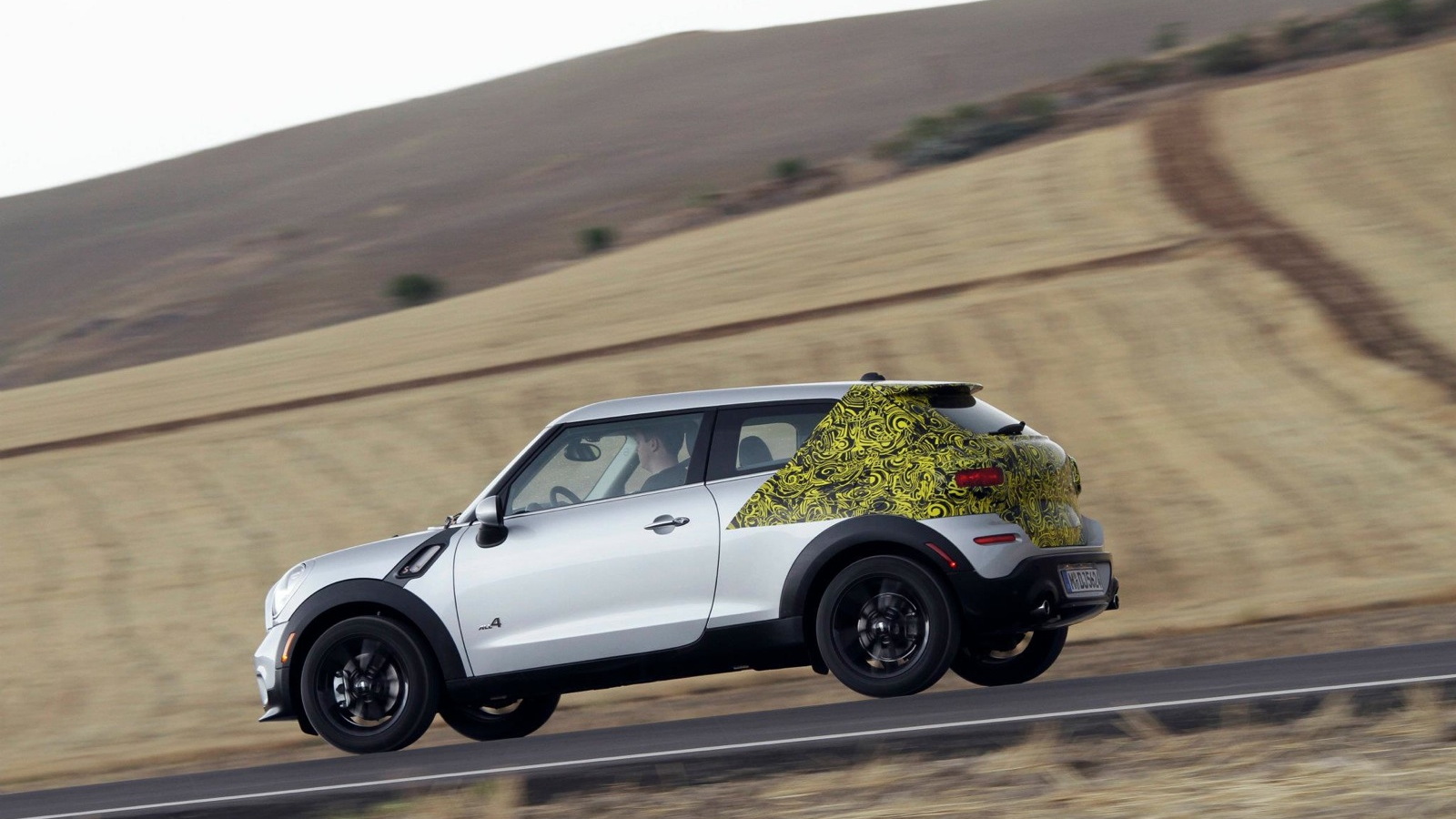 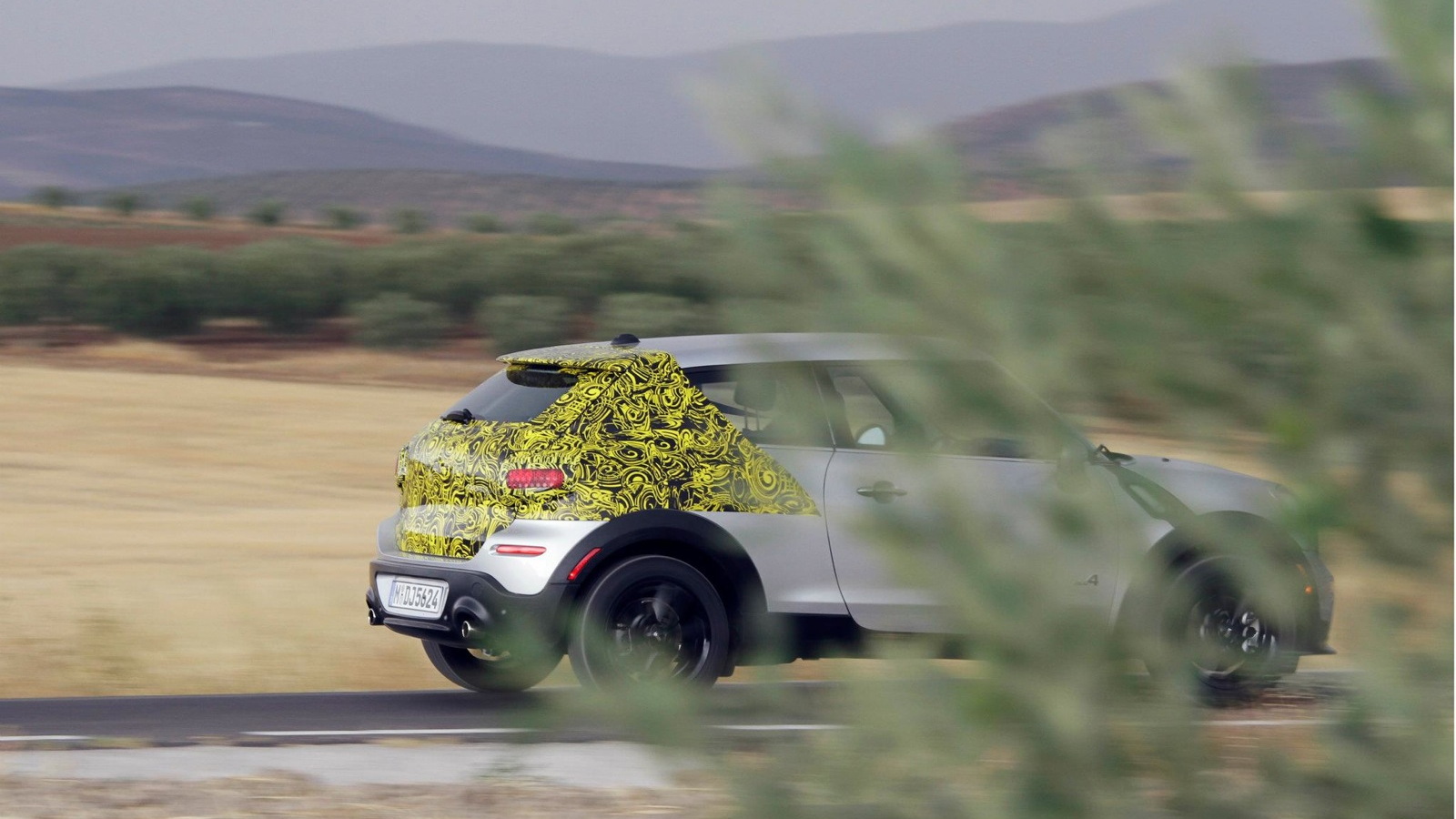 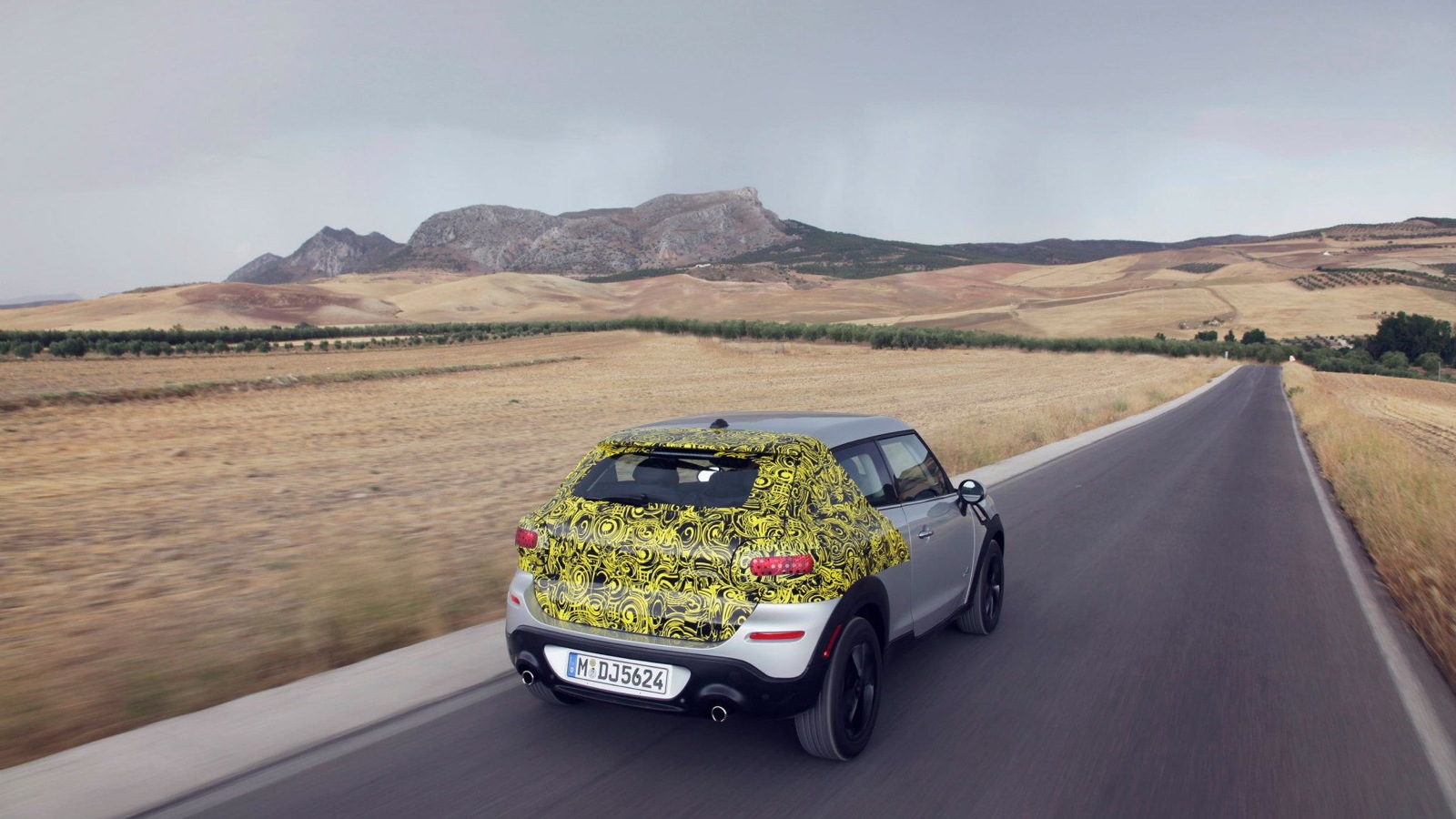 4
photos
Not to be outdone by the legions of spy photographers who’ve captured the upcoming MINI Paceman and Paceman S in testing, MINI has posted these “spy shots” on its Facebook page of the Paceman (in all-wheel-drive, apparently) undergoing on-the-road testing.

The Paceman, previously referred to as the Countryman Coupe, is essentially a two-door variant of MINI’s Countryman crossover. Expect the Paceman to sport a completely redesigned rear (artfully hidden here) with horizontal taillights and a revised rear bumper and fascia.

We’re expecting to see a production-ready version of the car at September’s Paris Auto Show, where MINI will likely confirm the existence of a Paceman S model as well. Expect power to come from the same turbocharged 1.6-liter four-cylinder found in the Countryman S, rated at 181 horsepower.

The Paceman "sports activity coupe" will almost certainly be built alongside of the other Countryman models in Graz, Austria. If the production version (or a “near-production” version) is shown in Paris, we’d expect the Paceman to turn up in mid-2013, likely as a 2014 model.

What’s your take? Is MINI’s plus-sized coupe a step in the right direction, or is it answering a question that no one is asking? Would all-wheel-drive be a selling point for you?