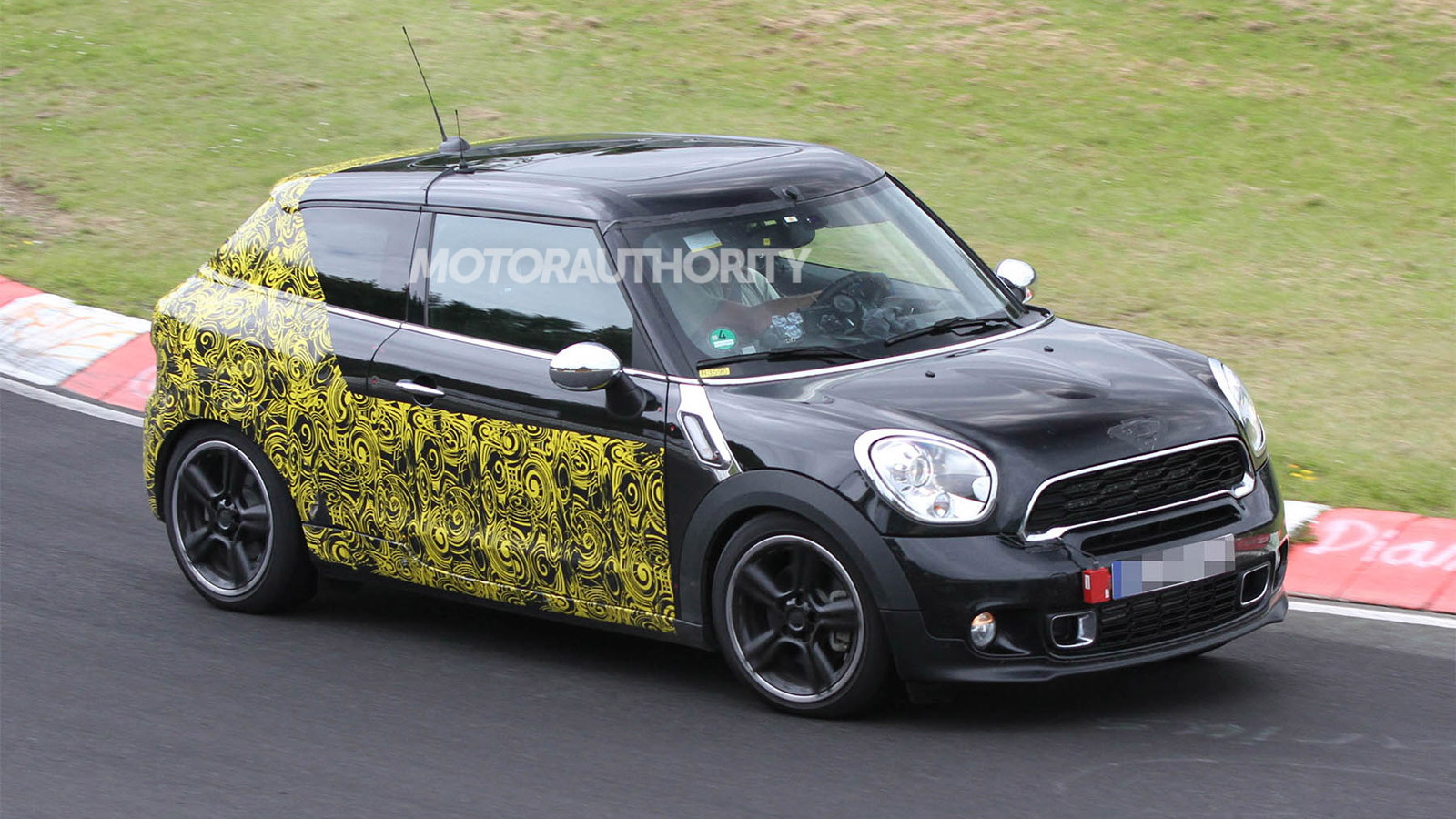 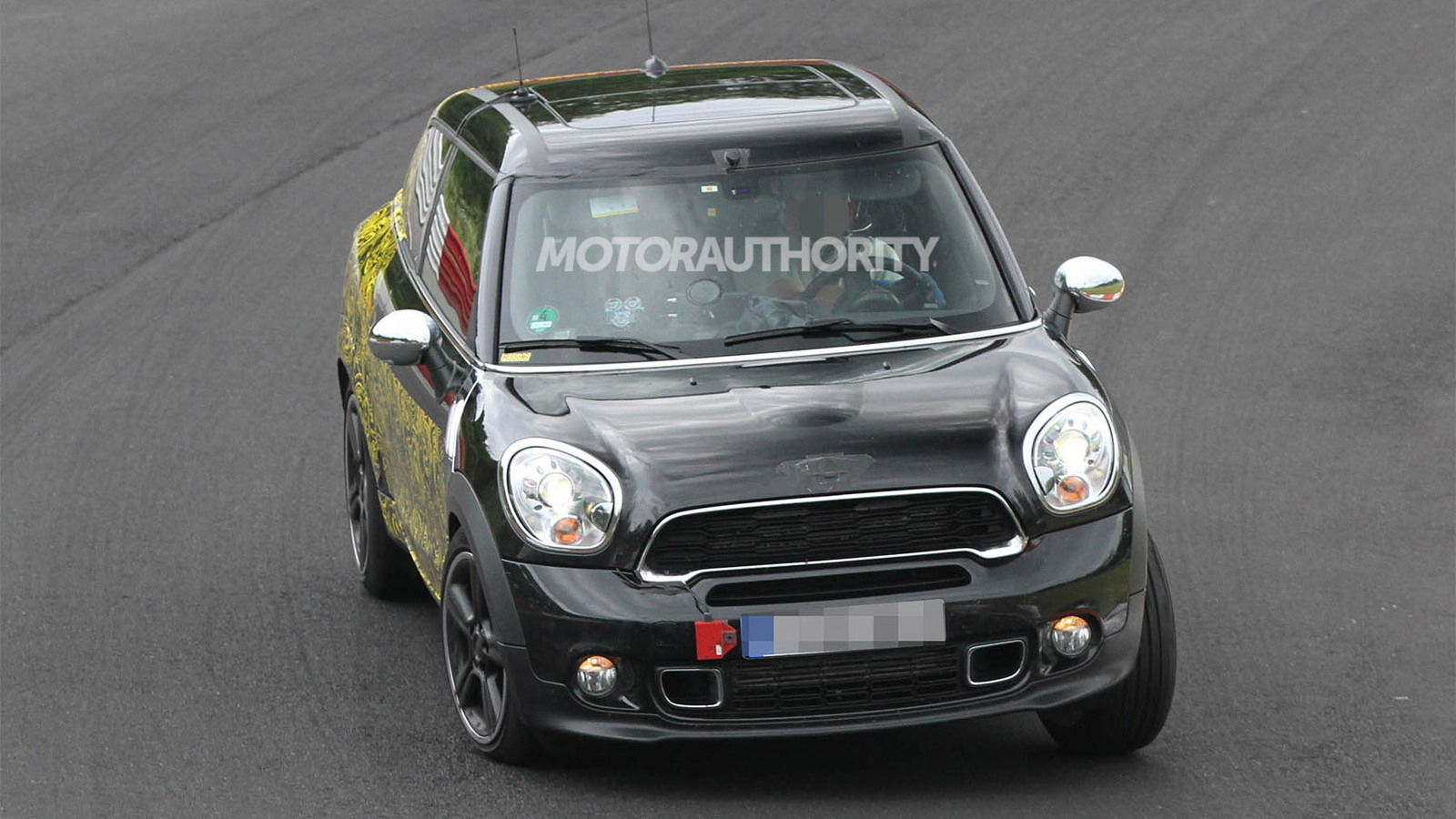 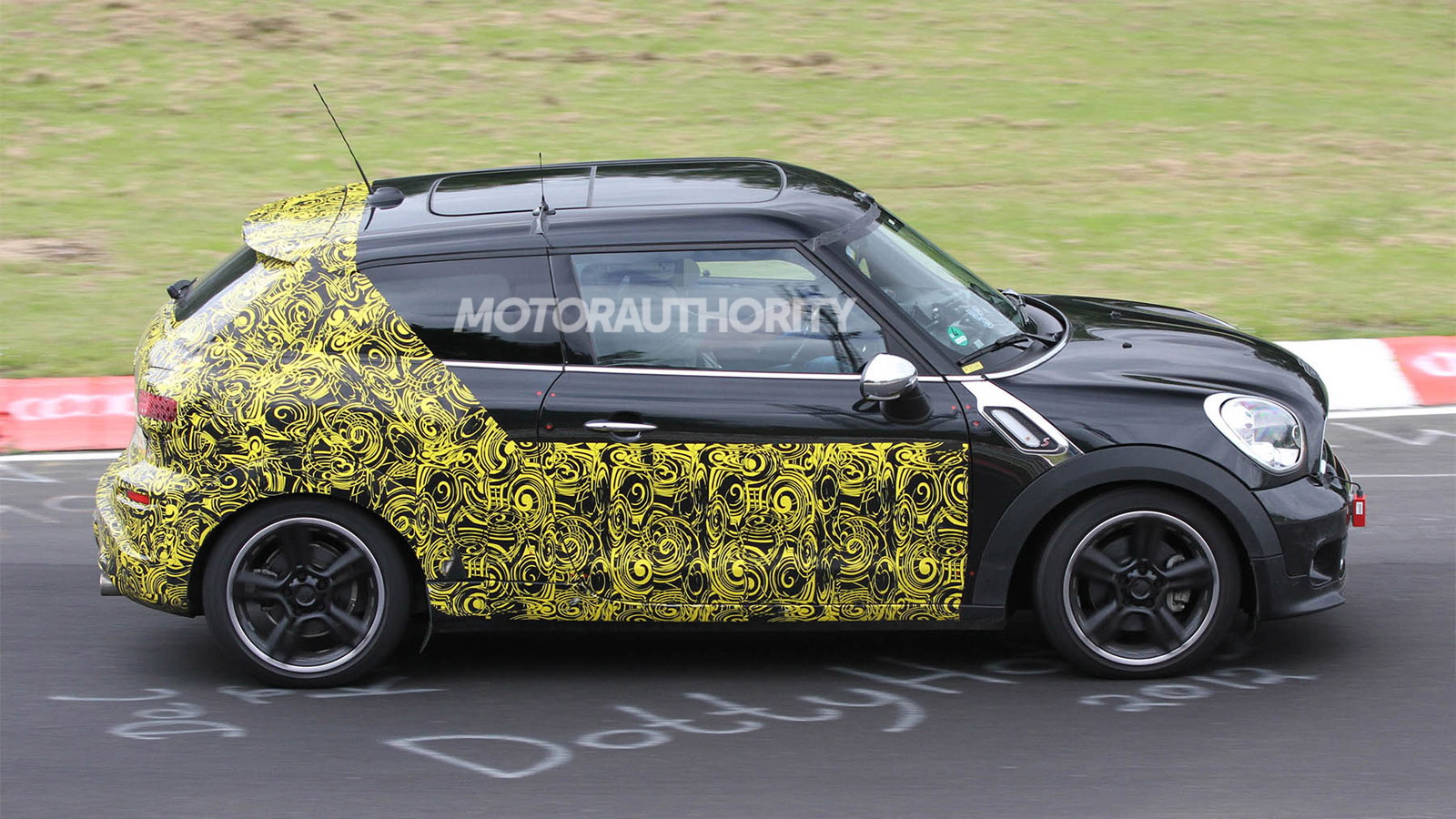 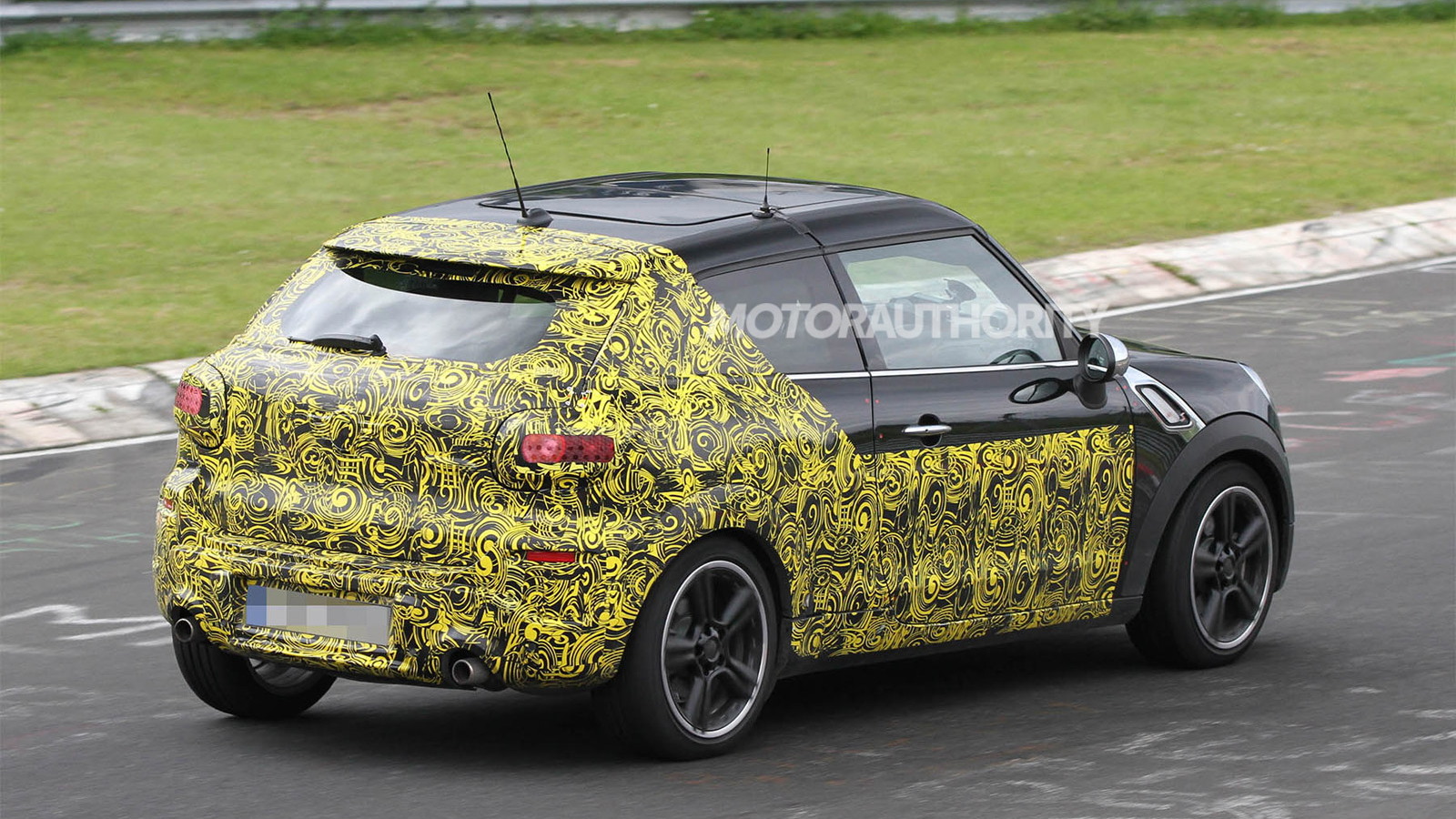 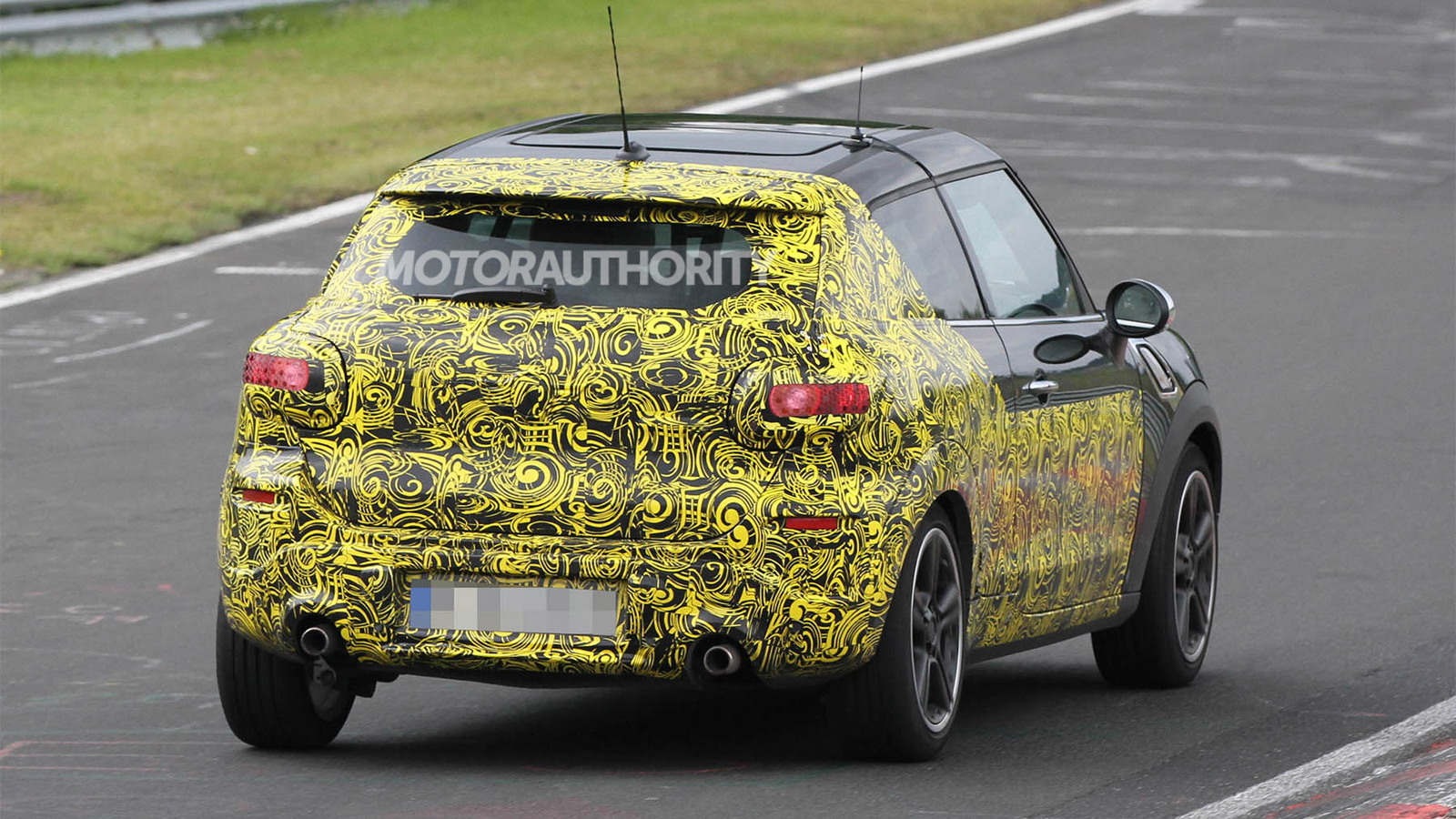 9
photos
MINI is readying the seventh addition to its burgeoning lineup, the all-new Paceman.

And just like the rest of the MINI range, the Paceman will also have its sportier S and John Cooper Works trims.

Today we have spy shots of the mid-level Paceman S, which should join the regular Paceman in showrooms early next year.

Essentially a MINI Countryman S but with only two doors, the MINI Paceman S will pack a 1.6-liter four-cylinder engine turbocharged and direct-injected to the tune of 181 horsepower.

Performance figures for the Countryman S come in at 7.6 seconds for the 0-60 mph run and top speed of 128 mph, and we expect something similar for the two-door Paceman S.

Customers will be able to choose whether they want a six-speed manual transmission or six-speed automatic, and they also get the choice of front-wheel drive or MINI’s ‘ALL4’ all-wheel drive system.

Looking almost identical to the concept version unveiled last year, the prototype seen here wears a very familiar face and front end, with the same proportions and 2+2 seat layout. The interior of the Paceman S is also expected to share its key design and detail traits with the full-size Countryman S, just as the MINI Cooper Coupe S shares with the standard Cooper S.

Key signs that this is the sportier Paceman S and not the regular Paceman prototype we saw earlier are the enlarged wheels, unique grille and dual exhaust tips.

The new 2013 MINI Paceman range will be revealed in the coming months, so look out for a world debut at the 2012 Paris Auto Show in September.

Production should take place at the same assembly line in Graz, Austria, where the rest of the Countryman range is built.