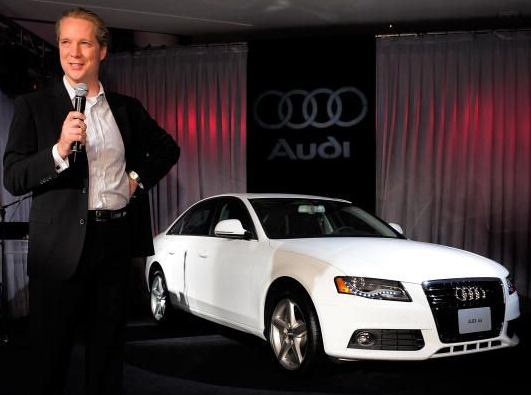 Following the resignation of its chief Johan de Nysschen, and his eventual defection to rival luxury brand Infiniti, Audi of America has announced today a new chief in the form of Scott Keogh.

At Audi, Keogh led all product planning for the U.S. in addition to marketing and advertising campaigns, including running Super Bowl ads and organizing the appearance of Audi vehicles in the Iron Man movies.

A strong advocate for performance and efficiency engineering, Keogh also helped steer the introduction of TDI clean diesel technology to the U.S. by positioning it as a social cause rather than a mere engine variant.

He was also influential in the reintroduction of the RS brand in the U.S., particularly in regards to the RS 5 model due out later this year as well as the return of the iconic Audi allroad, which is also due out this year.

Despite his recent accomplishments, Keogh still has very big shoes to fill. Johan de Nysschen led Audi of America over the past seven and a half years and has been a part of the Audi family for almost two decades. During his tenure, Audi of America has established sales records over the past 17 consecutive months, culminating in an all-time annual record of 117,561 models sold nationwide in 2011. That topped the previous annual sales record of 101,629 Audi vehicles sold in the U.S. just one year earlier.