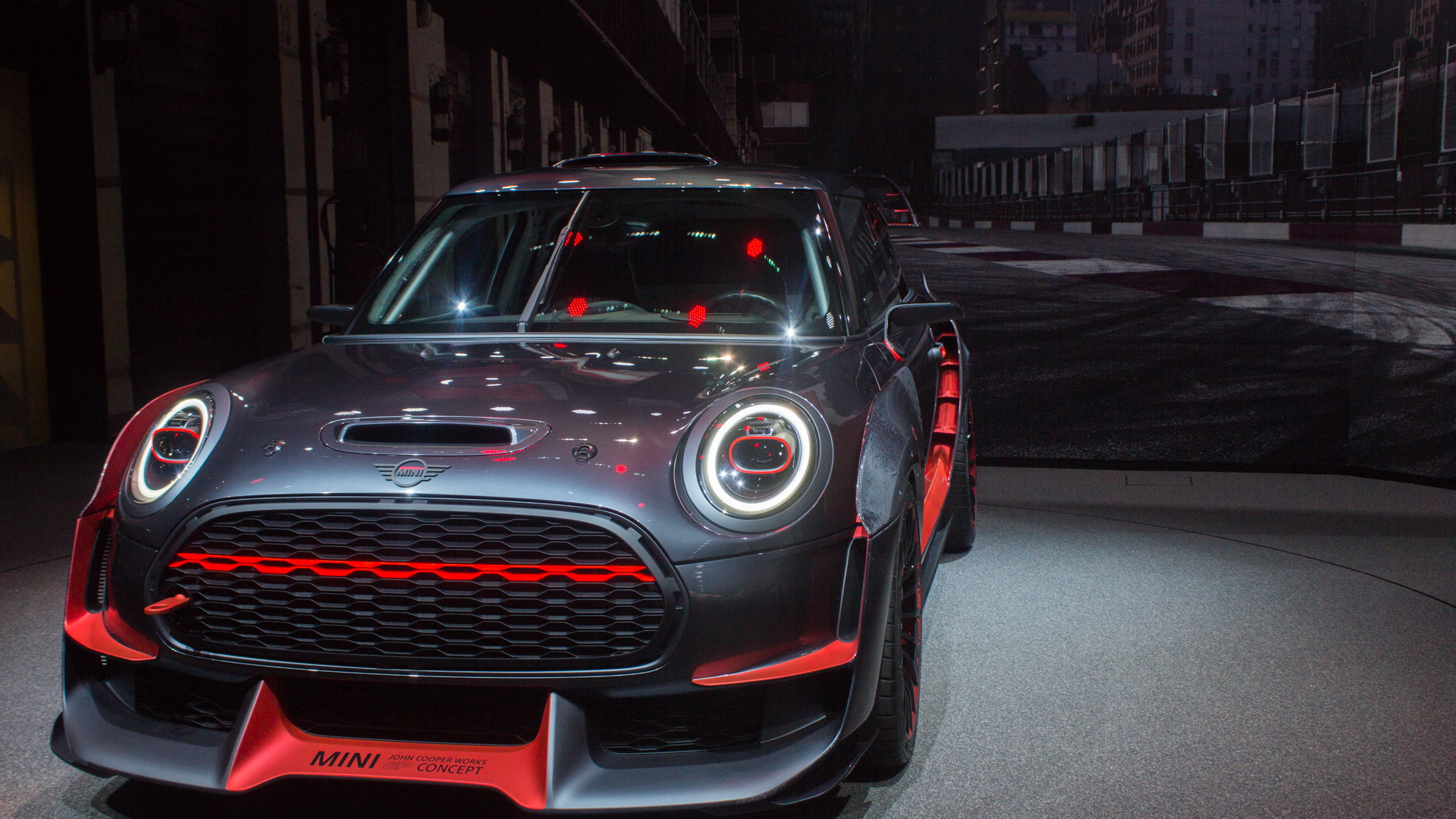 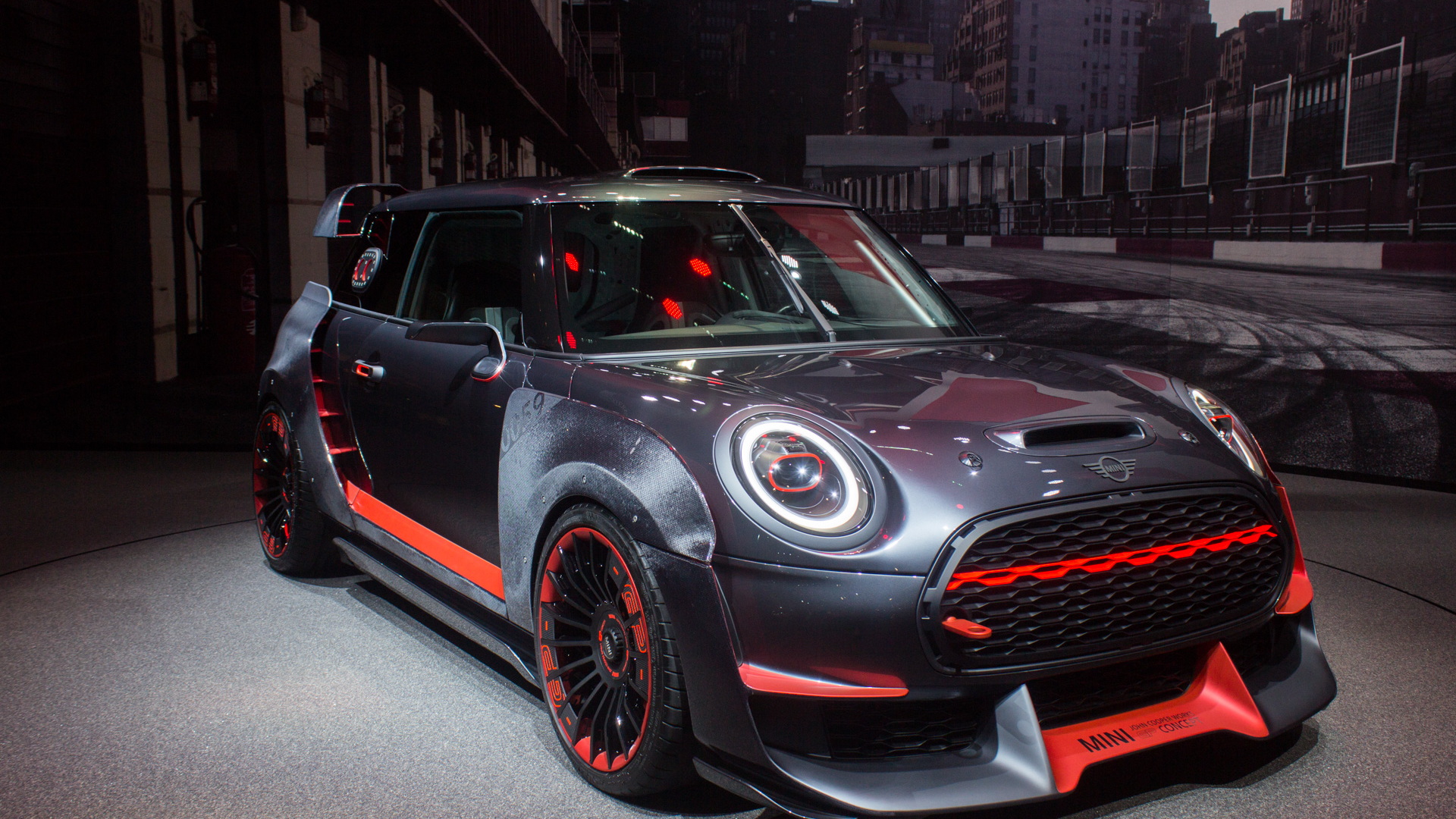 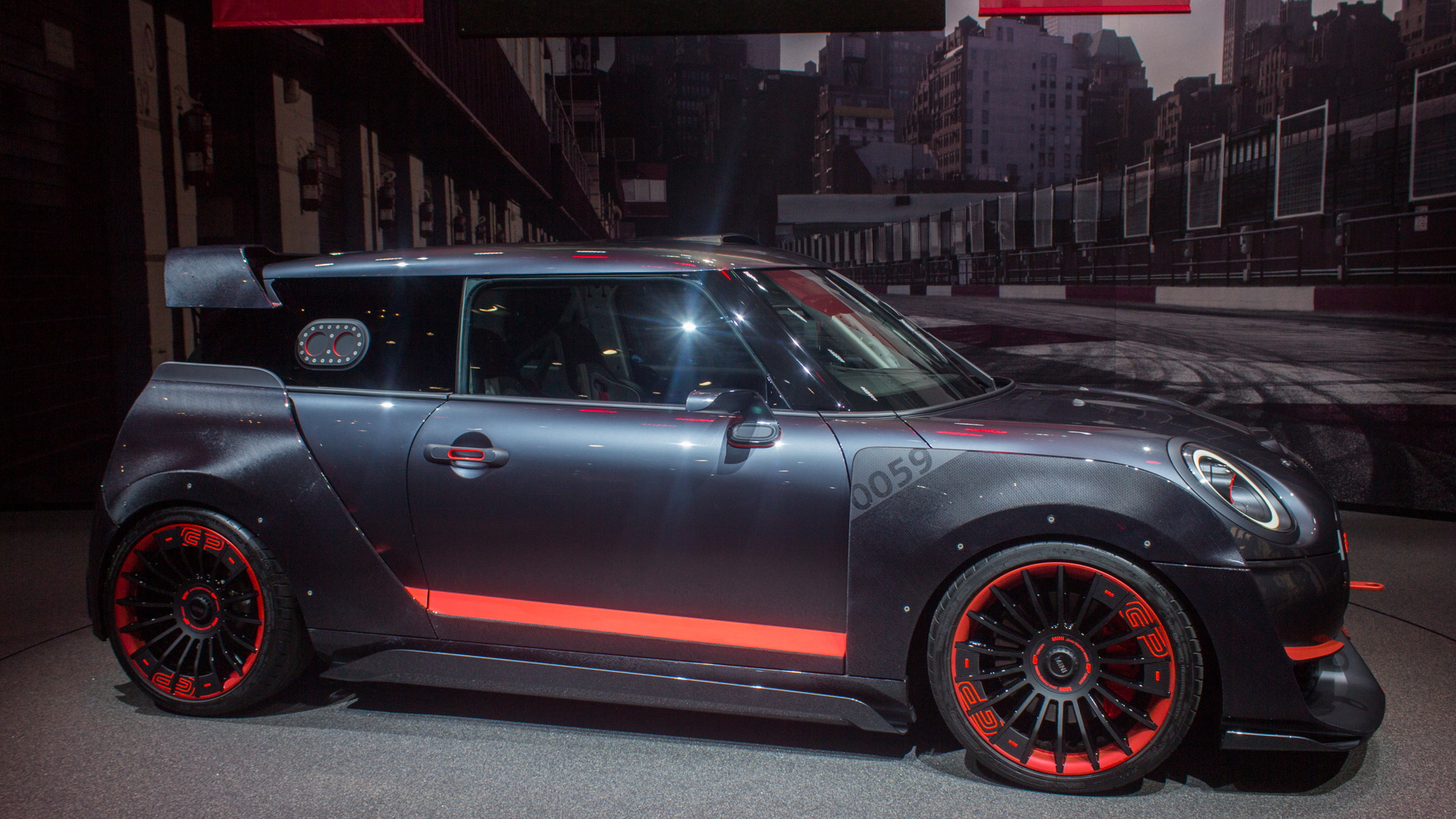 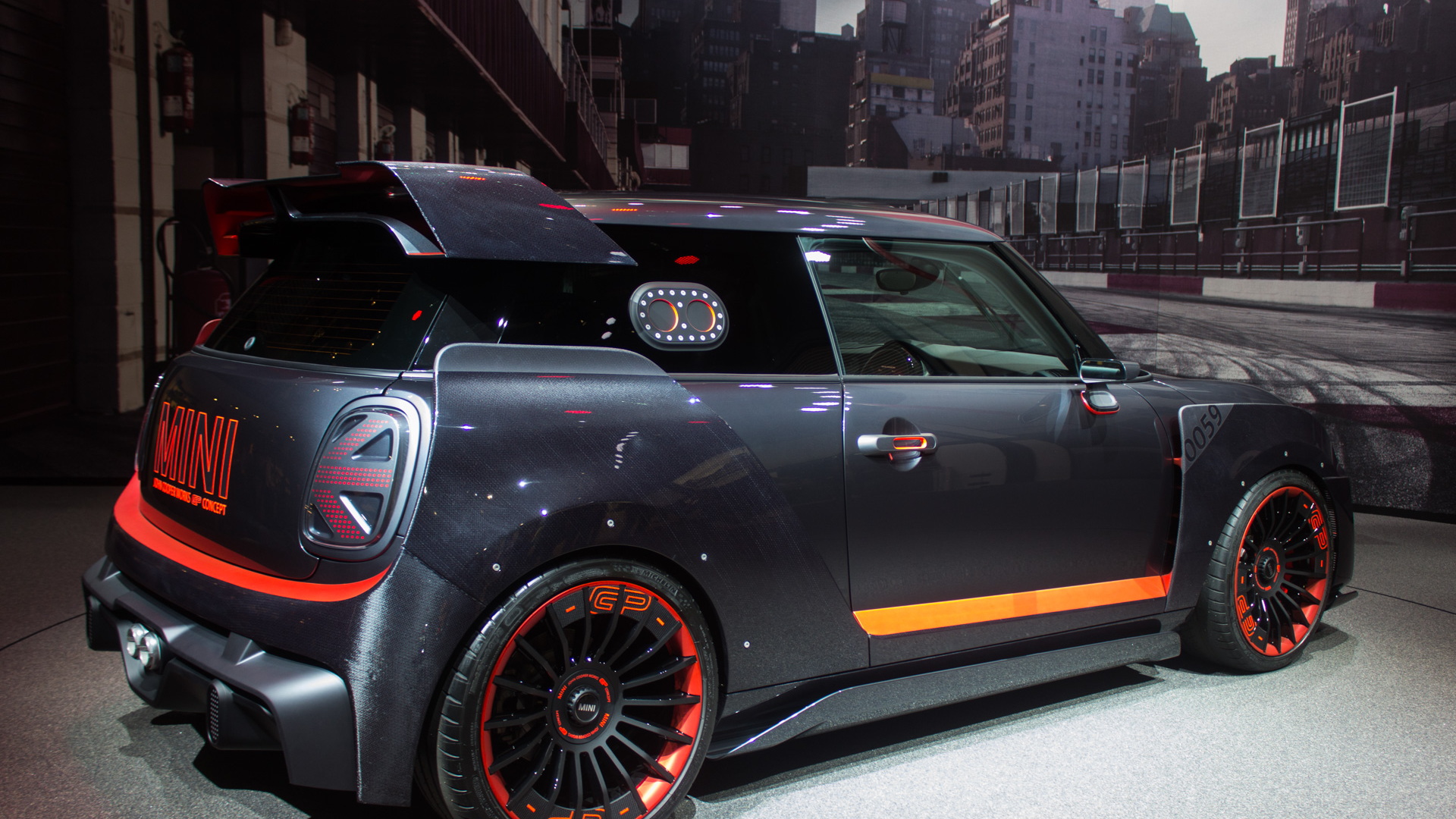 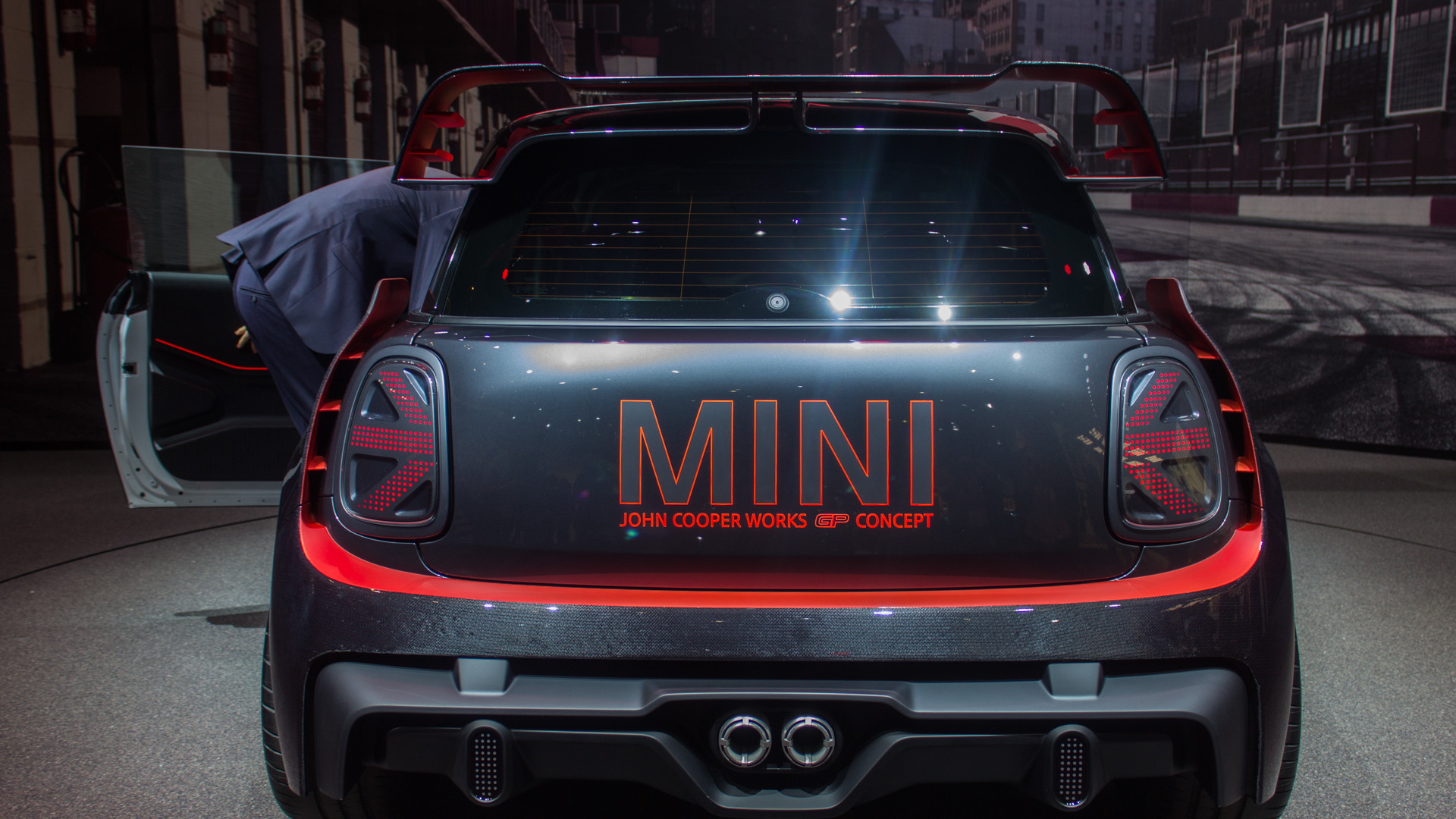 Mini is hinting at a new generation of its John Cooper Works GP with a concept on show this week at the 2017 Frankfurt International Motor Show.

For those unfamiliar with the GP badge, it denotes a vehicle one step above the John Cooper Works grade. Mini tends to use it towards the end of the product cycle, and so far we’ve only seen it used on the Hardtop body style. The last time was in 2013.

For the John Cooper Works GP concept, Mini has gone with the Hardtop but stripped it down to the bare essentials. The designers also widened the body and added aggressive front and rear fascias, chunky side sills, and a prominent roof spoiler straight out of racing. The wheels are a lightweight multi-spoke set measuring 19 inches in diameter.

Many of the new elements are made from carbon fiber to help save weight. More substantial savings have come from stripping out the interior, however. A peek inside reveals a roll cage joined by little more than a pair of low-mounted bucket seats with 5-point belts. There’s no shift lever here. Instead, changing gears is done by paddles on the steering column.

Unfortunately there are no details on the mechanicals. You can bet, though, there’s a turbocharged inline-4 mounted up front and sending its drive to the front wheels. Peak power should be somewhat higher than the 228 horsepower the latest JCW models are putting out.

And finally, in case you were wondering, the racing number 0059 refers to the year the classic Alec Issigonis-designed Mini was born: 1959.

Mini has also used the Frankfurt show to present a concept previewing its electric Hardtop due in 2019. Interestingly, both Mini concepts feature a Union Jack motif in their taillights, perhaps signaling a new design cue pegged for the brand’s future production models.

For more from the Frankfurt Motor Show, visit our dedicated hub.