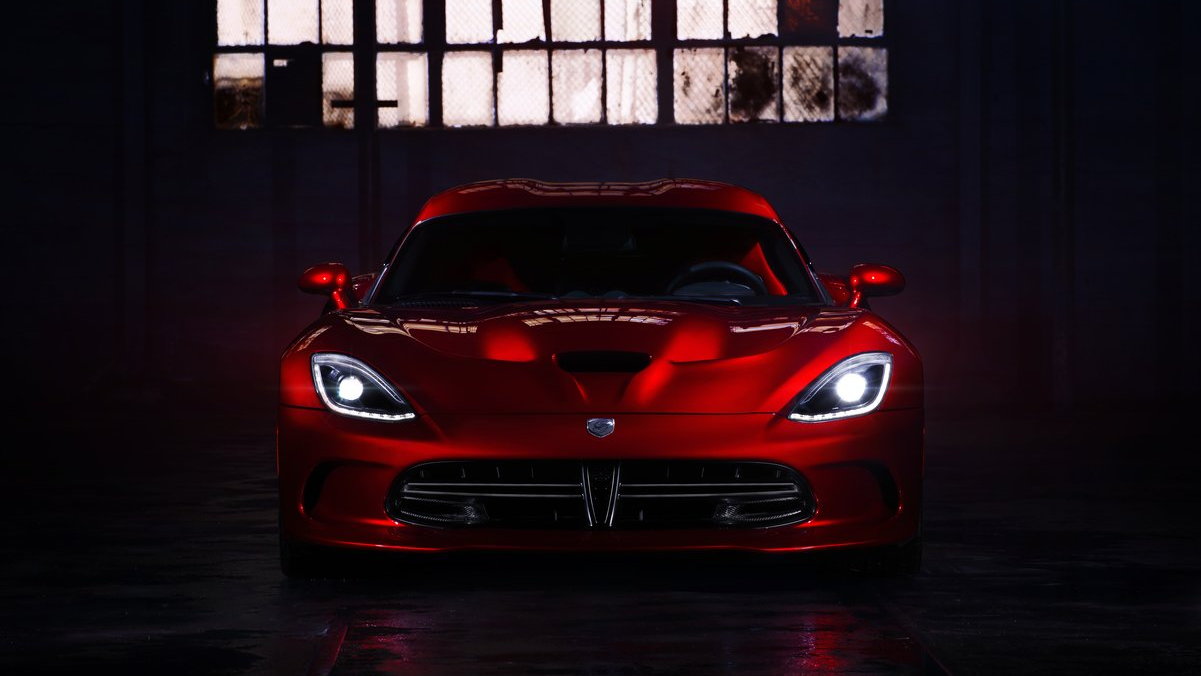 36
photos
This is the moment Viper fans have been waiting two years for: the 2013 SRT Viper has made its official world debut.

The introduction of the latest Viper also marks the beginning of a new brand, Street and Racing Technology (SRT), which evolves from its performance and tuning roots into a standalone brand complete with its own flagship.

As for the new Viper, the basic recipe is much the same, although it’s been enhanced in almost every possible way.

The Viper, now in its fifth generation, returns to the market with more power and performance, superior craftsmanship, new technologies and more creature comforts.

There are also three models being introduced, two for road use and one for racing. The road cars are the Viper and Viper GTS, while racing fans will soon be lapping up the awesome Viper GTS-R in endurance racing. Importantly, by offering both a basic Viper and more plush Viper GTS for road use, SRT can cater to both the traditional core Viper customer and for the new customer who wants the same performance in a package with more technology and premium creature comforts.

Power for both comes from an aluminum, front mid-engine 8.4-liter V-10 tuned to an estimated 640 horsepower and 600 pound-feet of torque--the most torque of any naturally aspirated sports car engine in the world.

It is based on the previous model’s V-10 but improvements for 2013 include a new, ultra-high flow and lightweight composite intake manifold, high-strength forged pistons, sodium-filled exhaust valves, new catalysts to reduce back pressure and an aluminum flywheel that reduces reciprocating losses. More than 25 pounds have been shaved from the fully dressed engine.

The Tremec TR6060 six-speed manual transmission has been improved with a shorter throw shifter, closer gear ratios and a final drive ratio that has been shortened to 3.55 from 3.07. The 2013 Viper models should thus be more engaging to drive and top speed is now achieved through 6th gear with maximum engine speed (redline) at 6,200 rpm.

Starting with a stiffer structure that provides 50 percent more torsional rigidity, the chassis of the 2013 SRT Viper also benefits from numerous enhancements--many learned through racing efforts with Viper GTS-R and Competition Coupe models.

Major updates include the addition of a new aluminum “X” brace under the hood that ties the suspension pickup points to the magnesium cowl super casting and contributes to improved torsional rigidity and stiffness. A new aluminum impact beam at the front of the car contributes to overall mass savings and improved weight distribution while providing improved crashworthiness.

Structurally, many areas of the chassis were reworked to take advantage of new materials, reduce thickness in some areas and reshape components for more structural rigidity in others. The result is an overall weight saving of approximately 100 pounds, making this the lightest Viper yet.

At the rear, the suspension has been re-engineered with the toe link moved forward of the axle for better tow control and dynamic stability. A new, driver selectable two-mode suspension system, featuring Bilstein DampTronic Select shock absorbers with both street and track settings, is standard on GTS models.

Four-piston Brembo brakes with fixed-aluminum calipers, and vented rotors with a diameter of 355 mm by 32 mm, are used at all four corners as standard. An available SRT Track Package features lightweight and slotted two-piece rotors from StopTech, among other upgrades.

Inside the plush, driver-oriented cabin are a number of premium features. On the Viper GTS model, all surfaces are fully leather skinned, and standard accent colors are applied to the seats, doors, center console and stitching. Standard high-performance racing seats from Sabelt feature a lightweight Kevlar/fiberglass shell created by resin transfer molding technology for mass reduction and long-term durability.

Seating position in the 2013 SRT Viper models is 20 mm lower for more room and enhanced performance-driving ergonomics. Seat travel is extended by 90 mm overall, which enables expanded seating options from a more rearward positioned bulkhead. For the first time, seat height can be adjusted by up to 40 mm--manually on the Viper model and power controlled on the Viper GTS.

Some of the other goodies, either standard or available, include a 7-inch customizable instrument cluster display, Uconnect connectivity and infotainment system and a Harman Kardon sound system with up to 18 speakers.

The iconic supercar will be hand built at the Conner Avenue Assembly Plant in Detroit starting later this year. They will be sold through specialist Dodge dealers, just like the previous models, but unless you’re a loyal and dedicated long-term member of the Viper Club of America, you won’t be eligible for the first batch of cars produced.

And you could be in for a long wait to get your hands on this new generation of American muscle. SRT is expecting first-year demand to far outstrip its ability to build a few thousand Vipers. Even 1994’s production quantity of 3,083 units (a record for the Viper) may not satisfy pent-up demand for the new 2013 model.