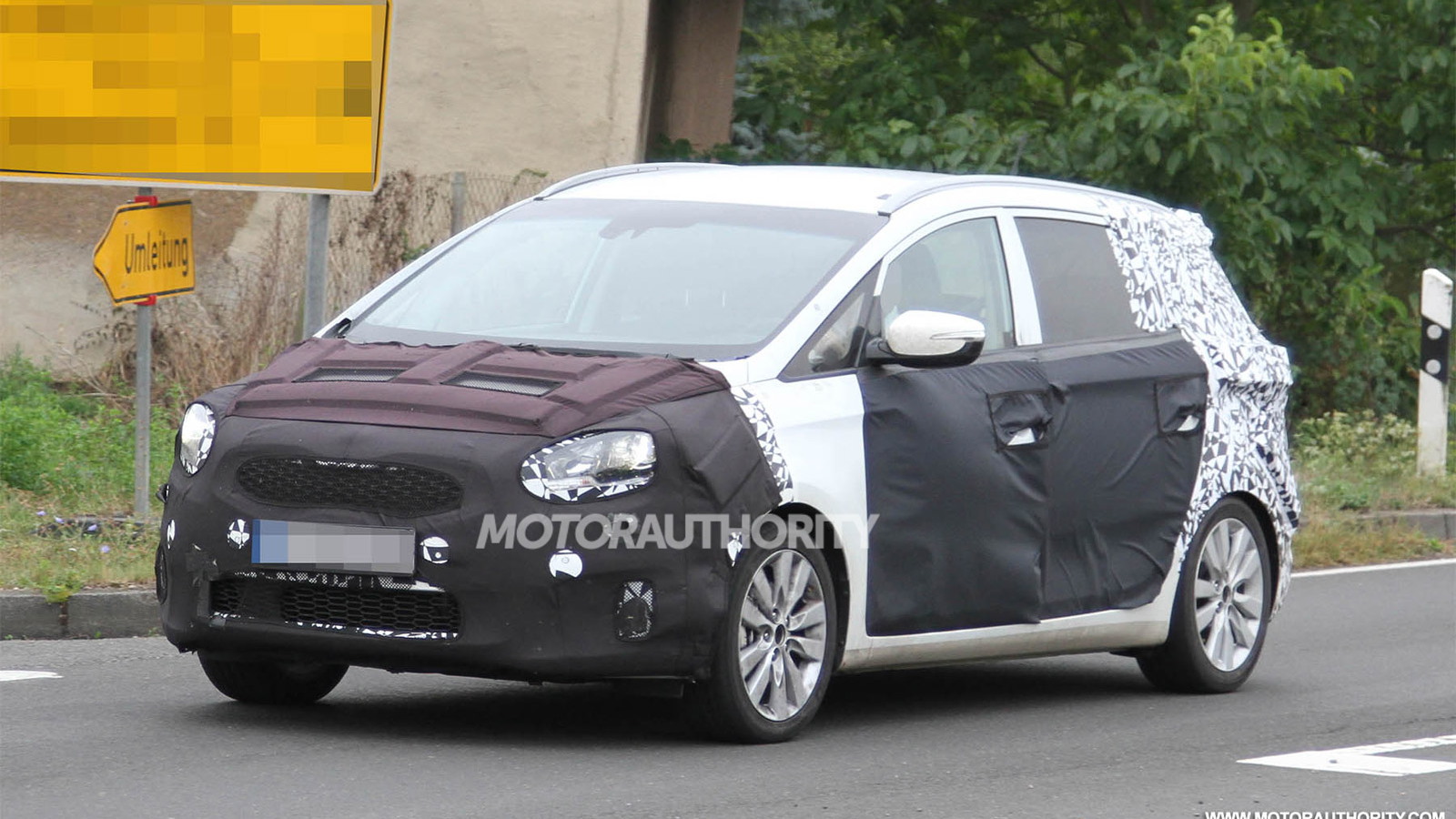 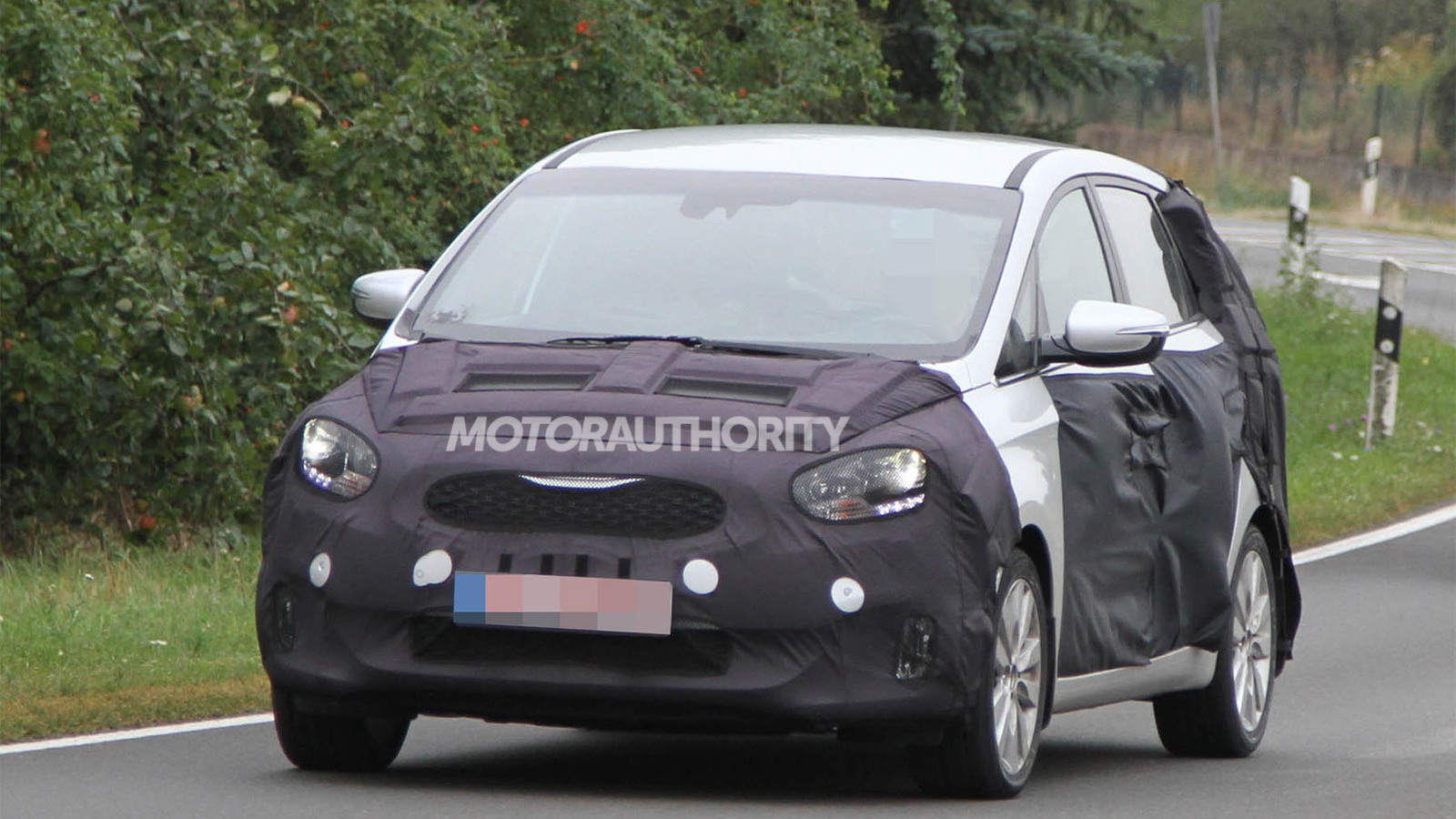 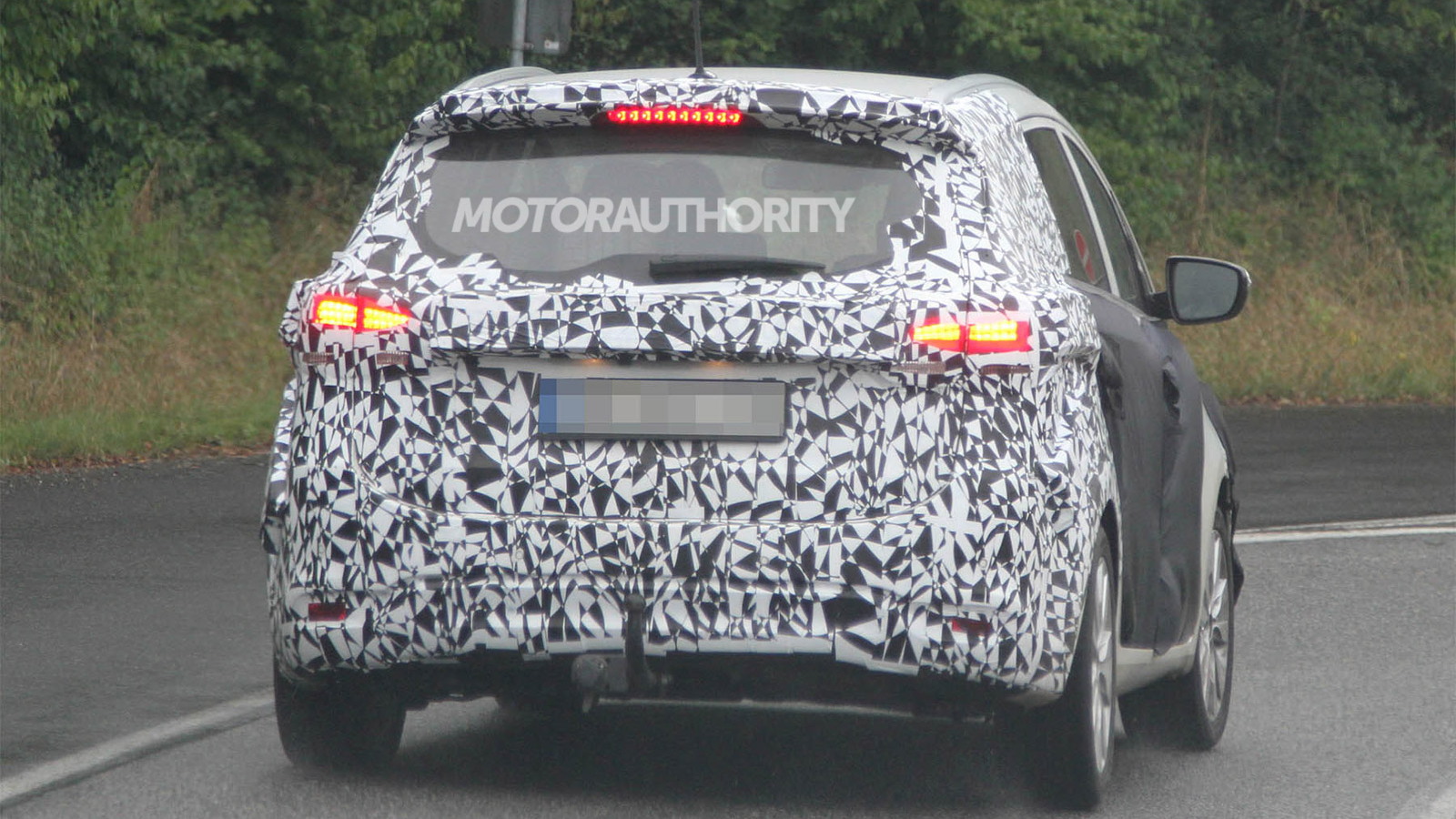 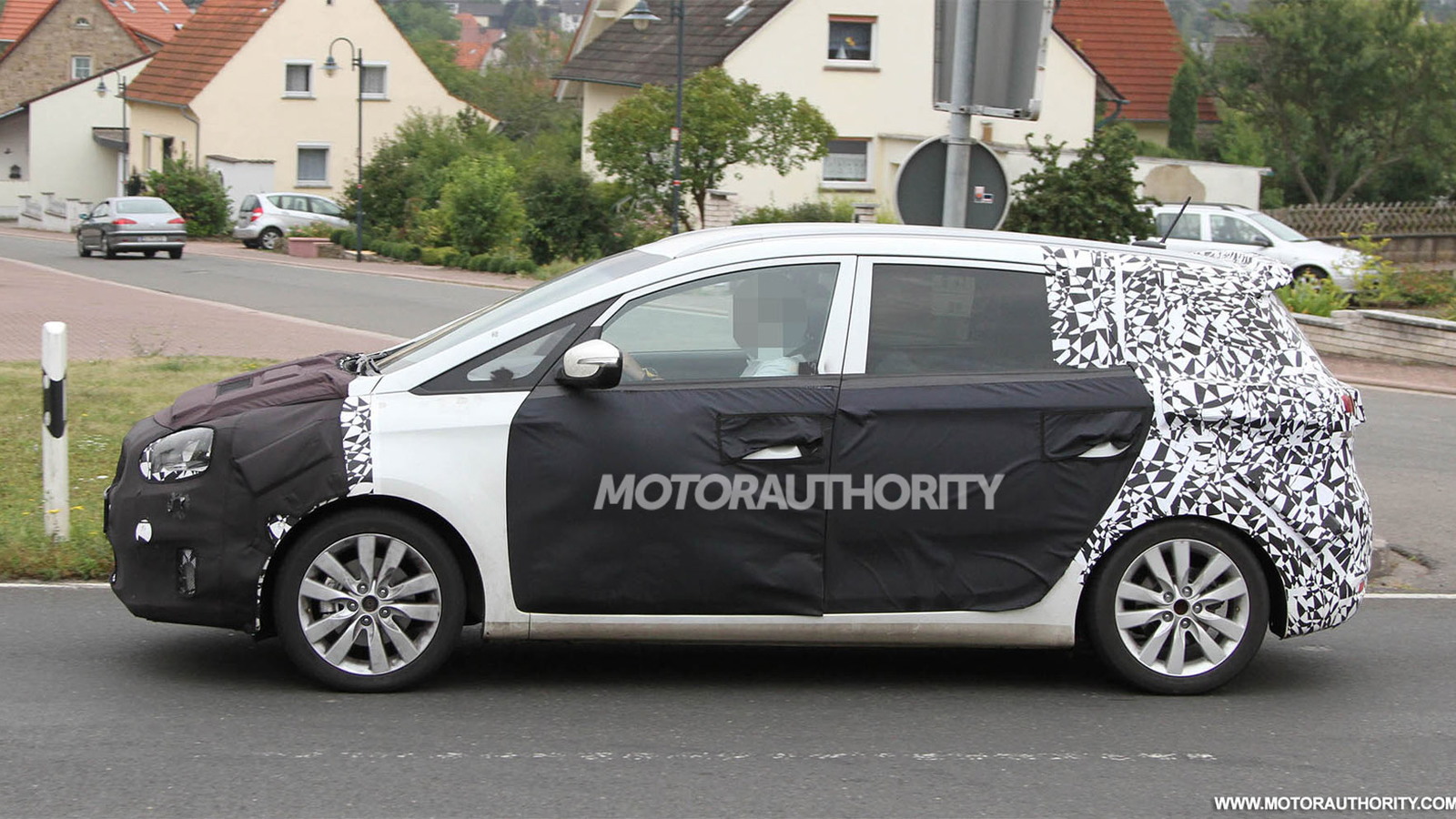 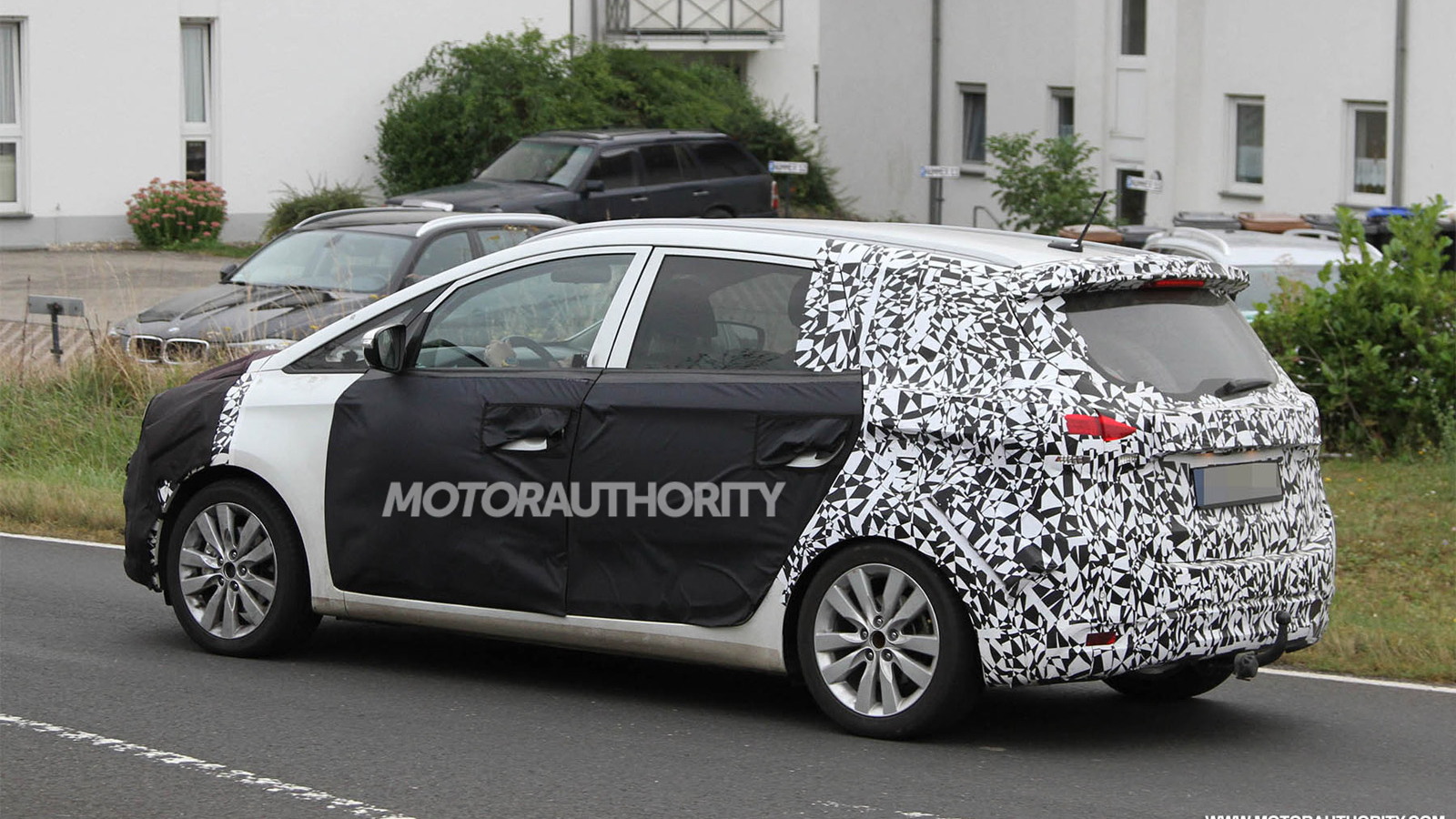 20
photos
The Kia Ronda hasn’t been on sale in the U.S. since it was dropped at the end of the 2010 model year but a brand new model, one designed under the watchful eye of Kia design boss Peter Schreyer, is in the works and could potentially see the Rondo name return to these shores. Prototypes for this new Rondo have been spotted testing in Europe on several occasions, and the latest one looks virtually production-ready.

That’s because Kia is scheduled to reveal the new Rondo at this month’s 2012 Paris Auto Show, though the vehicle will debut as its European twin, the Kia Carens, teasers for which have already been released. Sister company Hyundai is also expected to get its own version of the Rondo, though with its own distinct styling.

Both cars are also expected to start sales overseas in early 2013 but it’s unclear if both or only one will be sold in the U.S. Both five-seat and seven-seat versions are expected.

As revealed by the latest spy shots, the Kia Rondo adopts the familiar styling seen on the 2011 Kia GT Concept and recently revealed 2014 Kia Forte. Key details are the LED-infused headlights and H-shaped grille.

The platform underpinning the Rondo, as well as its planned Hyundai cousin, is expected to be the same front-wheel drive setup underpinning the award-winning Hyundai Elantra. Engine offerings for the European version should include a 1.7-liter turbodiesel unit rated at 115 horsepower and 188 pound-feet of torque and a 2.0-liter turbo four with 136 horsepower and 236 pound-feet of torque on tap.

If offered in the U.S., expect the Rondo to appear at the 2012 Los Angeles Auto Show in November.