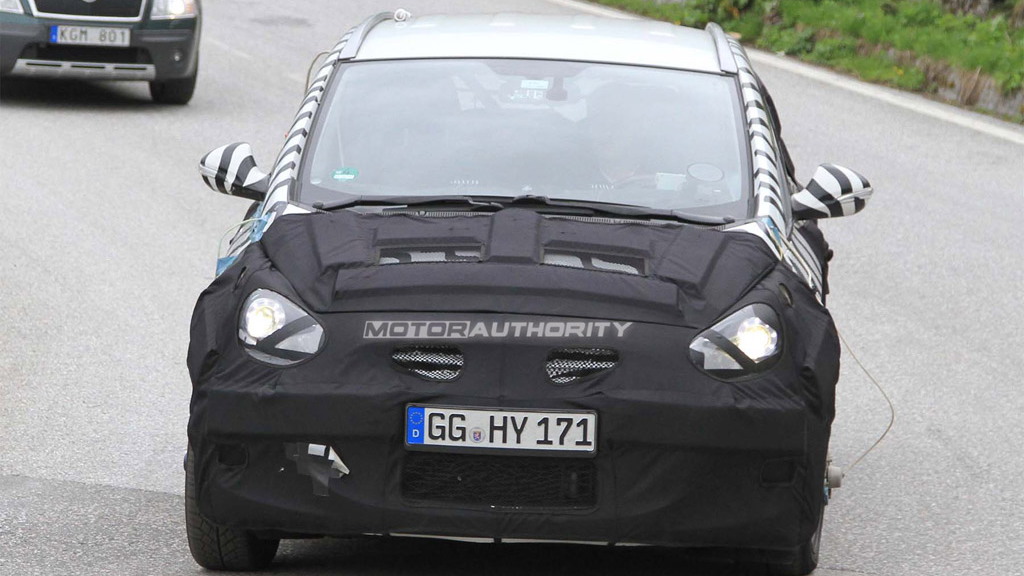 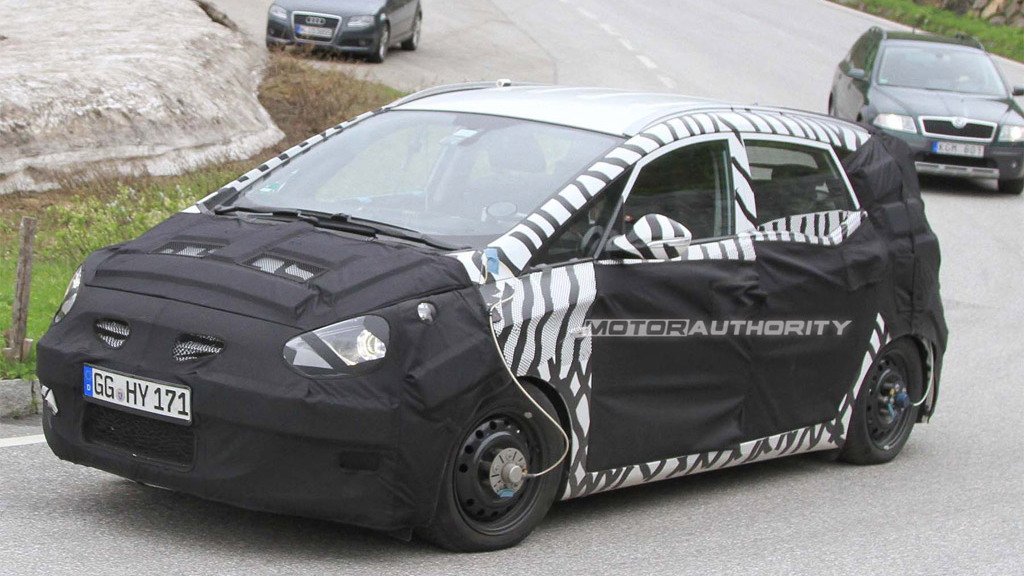 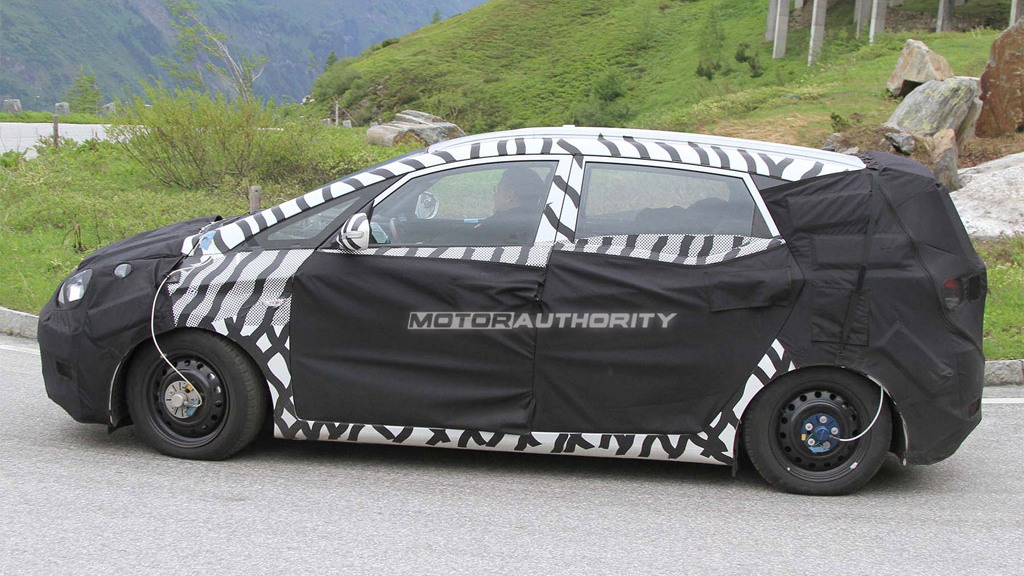 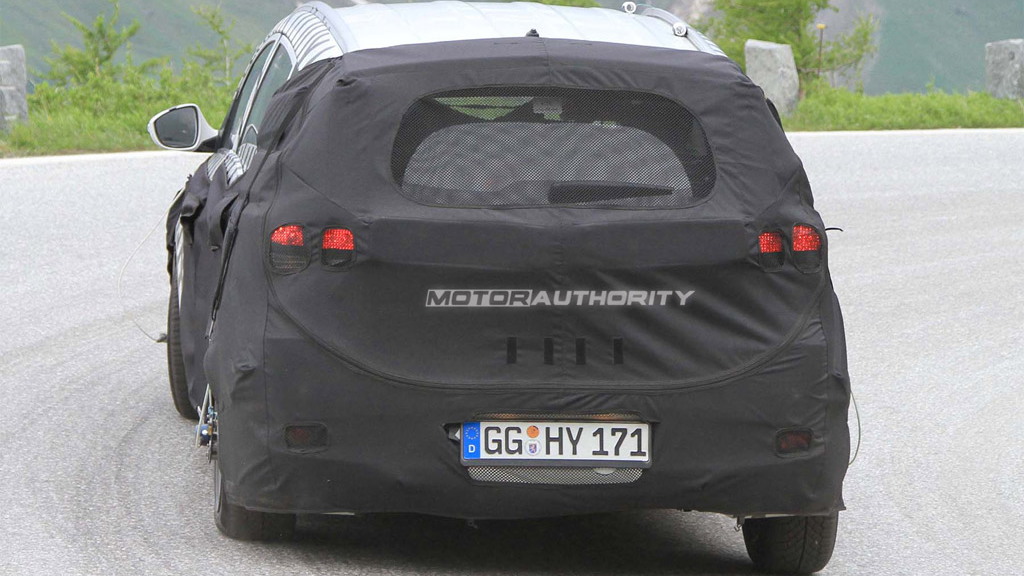 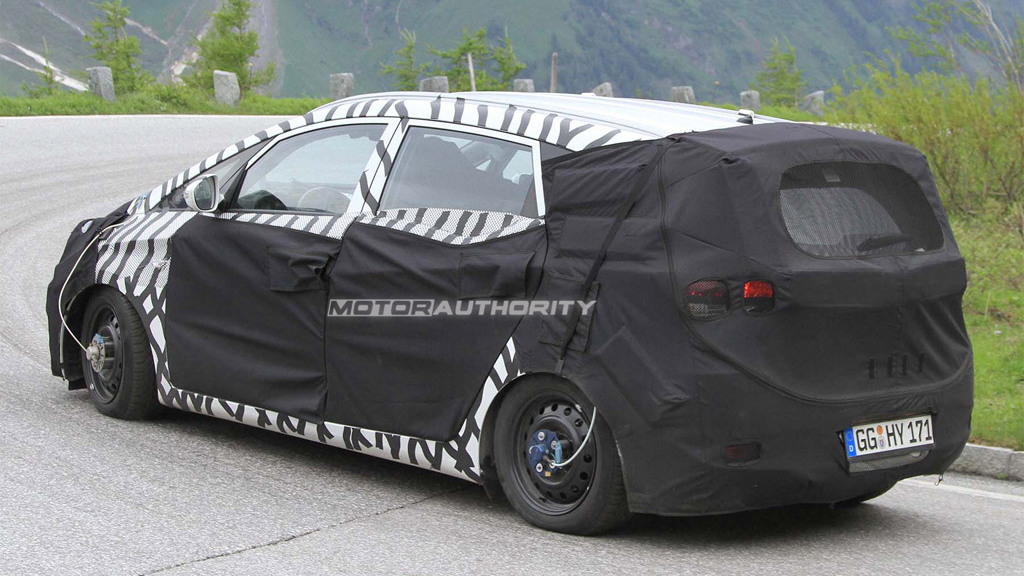 Hyundai is working on a new mid-sized MPV to take on the likes of the Volkswagen Touran and recently revealed Opel Meriva, and today we have new spy shots of a prototype. Hyundai announced the HED-5 Concept-based car will be coming to the U.S. back at the 2008 Los Angeles Auto Show, and it's now expected to start production by the end of the year, though its U.S. debut may wait until 2011.

Compared to the original HED-5 concept, the production car is toned down a lot but still has some of the key design elements, like the swooping A-pillar and aggressive, forward-leaning stance that's not common in the MPV field. Some of the spy shots even show us a glimpse of the undisguised interior.

This particular prototype is powered by a 1.7-liter turbodiesel engine with 115 horsepower and 188 pound-feet of torque on tap, though a more powerful 2.0-liter unit with 136 horsepower and 236 pound-feet of torque is also expected to be offered. In U.S. guise it's expected to get Hyundai's new 2.0-liter Theta II direct-injection four-cylinder engine.

As Hyundai announced at the 2008 Los Angeles Auto Show, the company will also install its turbocharged 2.0-liter four-cylinder engine with state-of-the-art Gasoline Direct Injection (GDI) that improves efficiency and reduces emissions in the new model. The HED-5 concept and the new powerplant have been green lighted for the U.S. market.

The South Korean automaker also has bigger plans for the U.S. First seen testing back in 2008, Hyundai is working on a new Portico seven-seat MPV that’s set to go on sale after the smaller HED-5 based model.