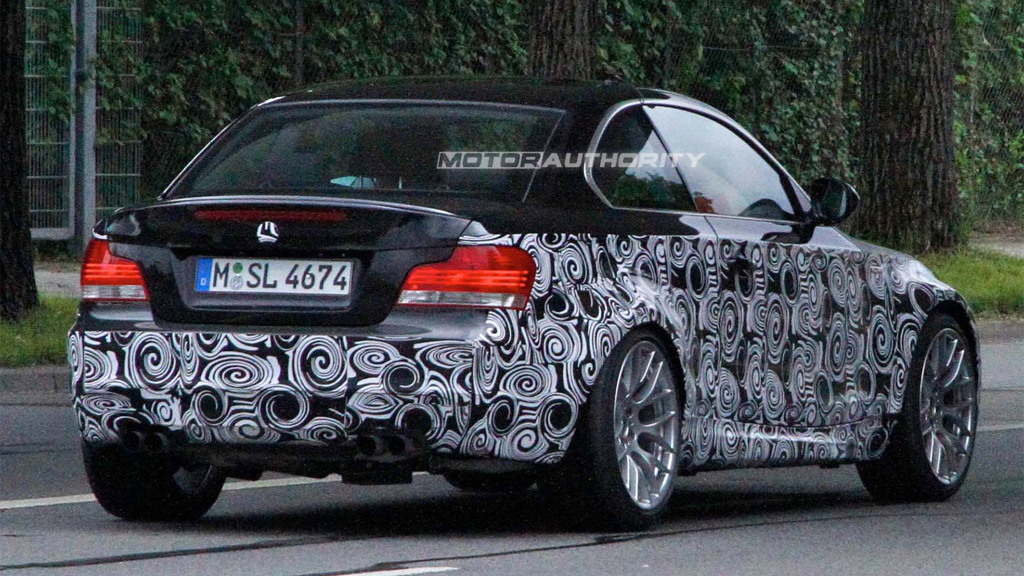 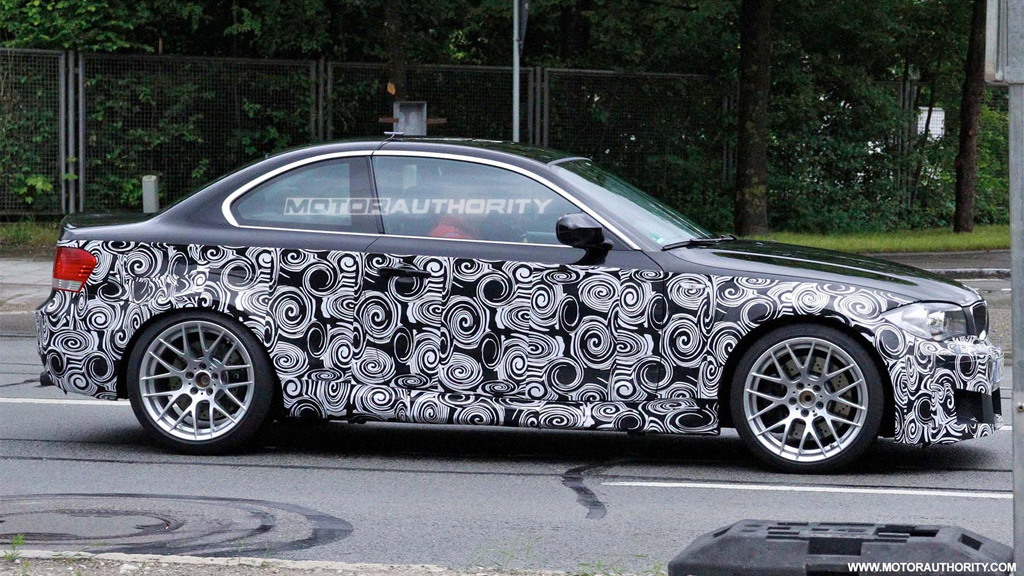 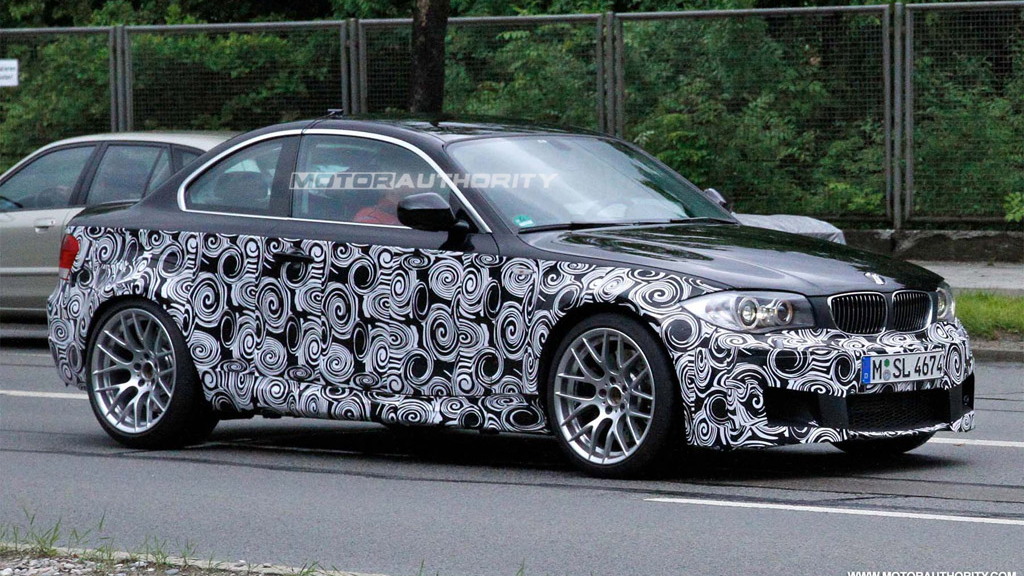 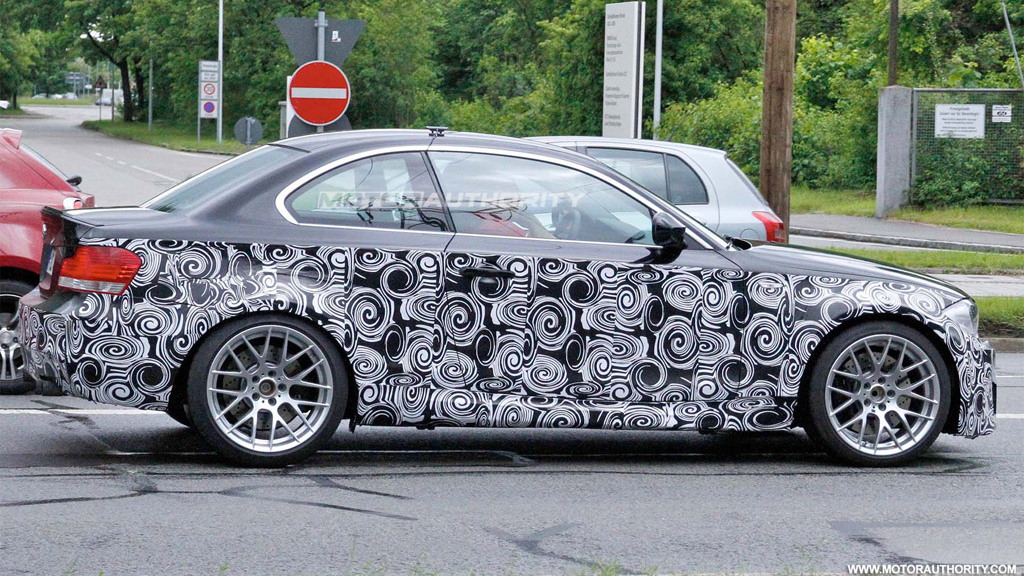 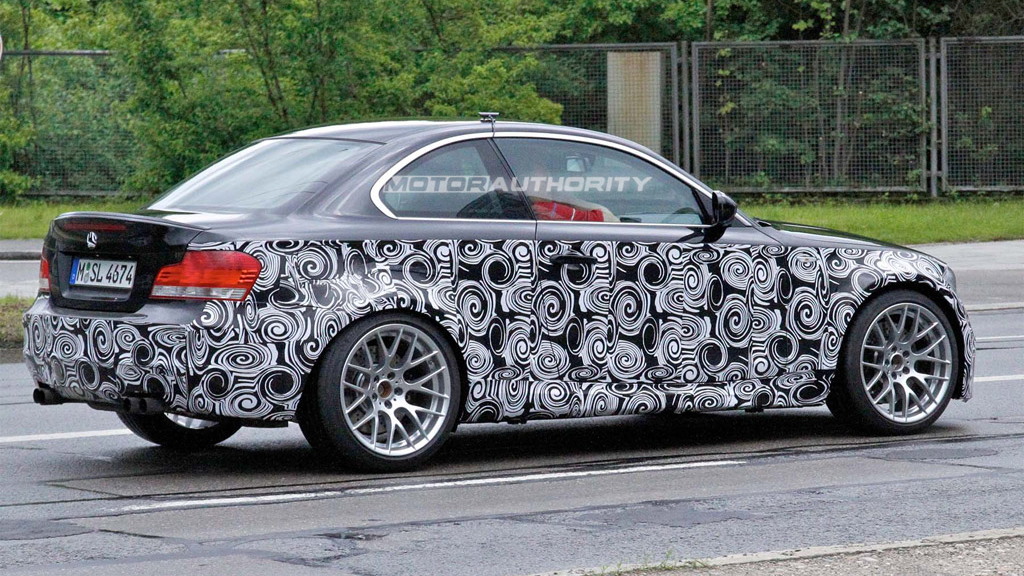 Fans of the E30 and E36 M3s and even earlier BMWs have been longing for a return of a smaller, hopefully lighter, M car. But so far, BMW has shied away from building a 1-Series-based M car, and not just because of the difficulty of using the vaunted "M1" name. But despite the price/performance concerns over stepping on the M3's toes, BMW’s M Division boss Kay Segler has confirmed that the car will in fact be built, and that it will be intended as a low-price entry point to the M range.

These latest spy shots show us a car that's definitely hotter than your average 135i Coupe. It looks hotter than the speculated 135is, too, for that matter. As the photos show, it's wearing a slightly disguised carbon-fiber roof panel, larger fenders, trademark M quad-exhaust tailpipes, and our photographers assure us it's also sporting enhanced suspension, engine and braking packages.

Despite all the M features, don’t expect this car to be called an M1. The legacy of the original mid-engine M1 that essentially founded BMW's M Division is too great to sully with an entry-level M car. That's not to say the upcoming 1-Series M car won't be a potent vehicle, but that it has been designed from the outset to sit at the bottom of the M range.

Fortunately, that also means it will be at the bottom of the range in pricing, likely putting the starting point in the upper/mid-$40,000 range, straddling the difference between the $36,000 135i Coupe and the $58,000 M3 Coupe.

Having driven the 2011 BMW 135i with the dual clutch transmission back-to-back with the 2011 BMW M3, we can say that while the 1-Series platform lacks the sharpness and focus of the M3, it is still a more than capable performer, and can already nip at the heels of the larger car at certain points on a track. With the addition of the M treatment, plus a higher output twin-turbo six (expect about 350 horsepower), the 1-Series M car should be a formidable force indeed, especially considering the price point.

The new model should go on sale in the first half of next year as a 2012 model and we could get a preview as early as this October’s 2010 Paris Auto Show.