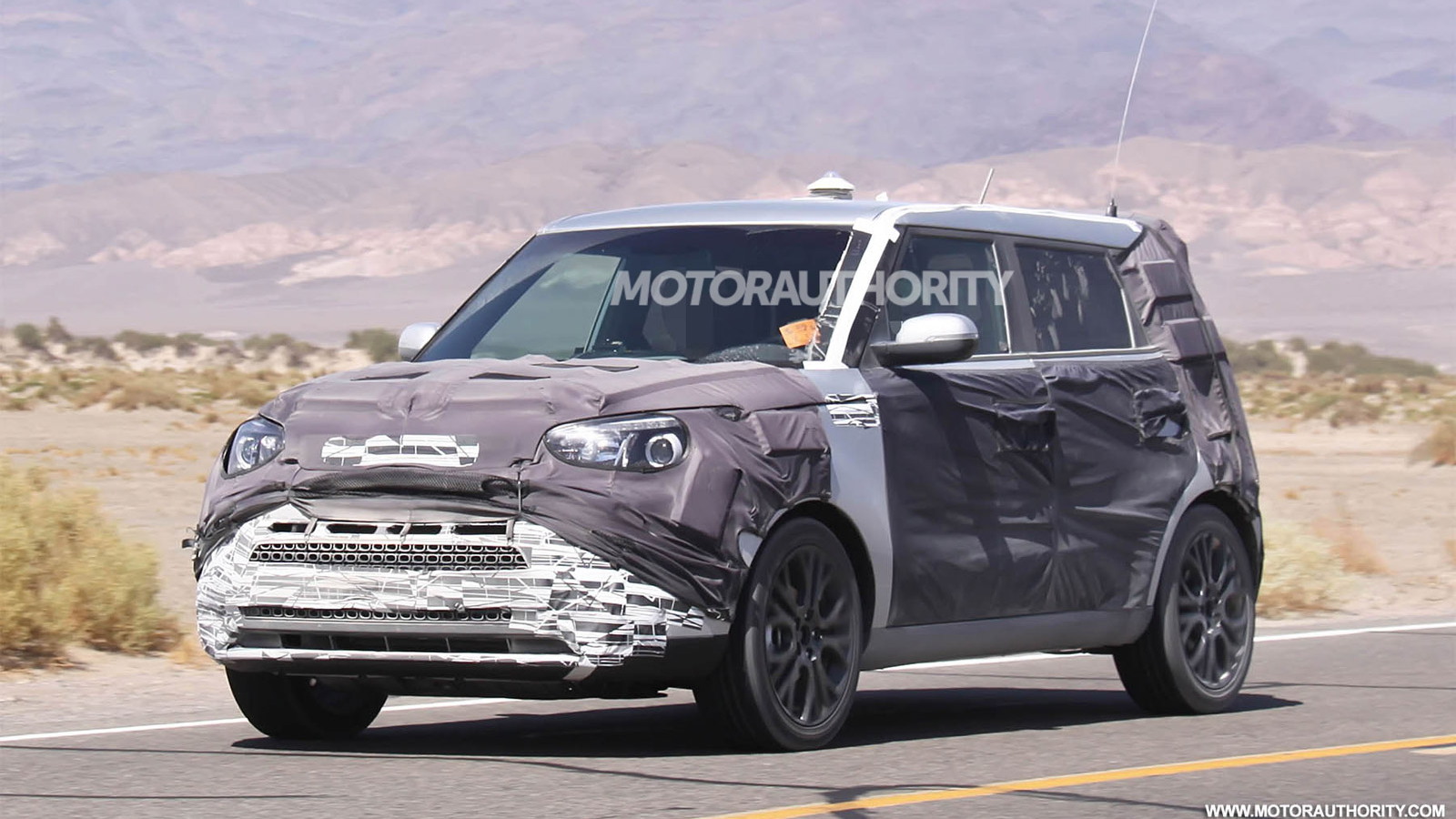 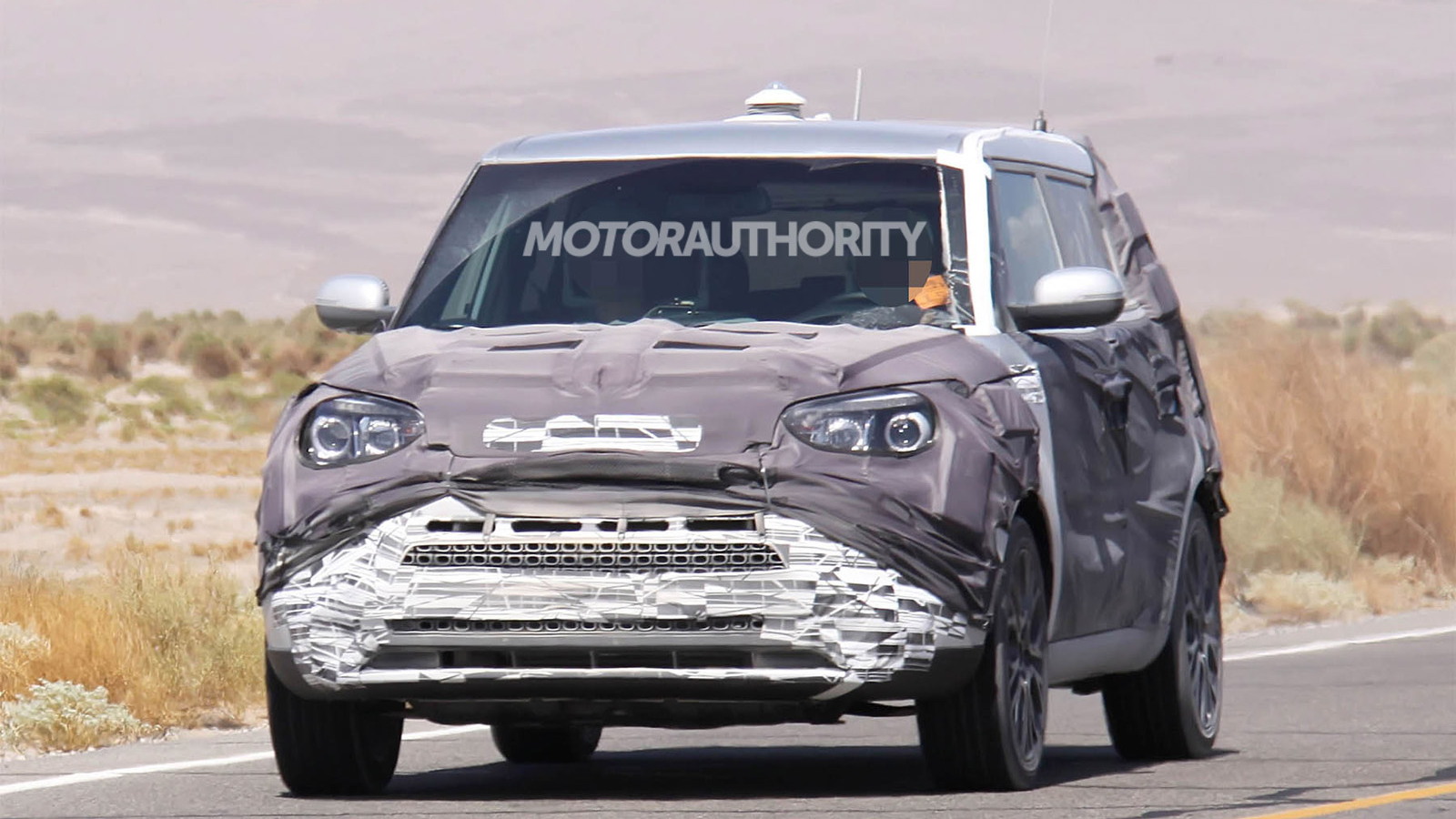 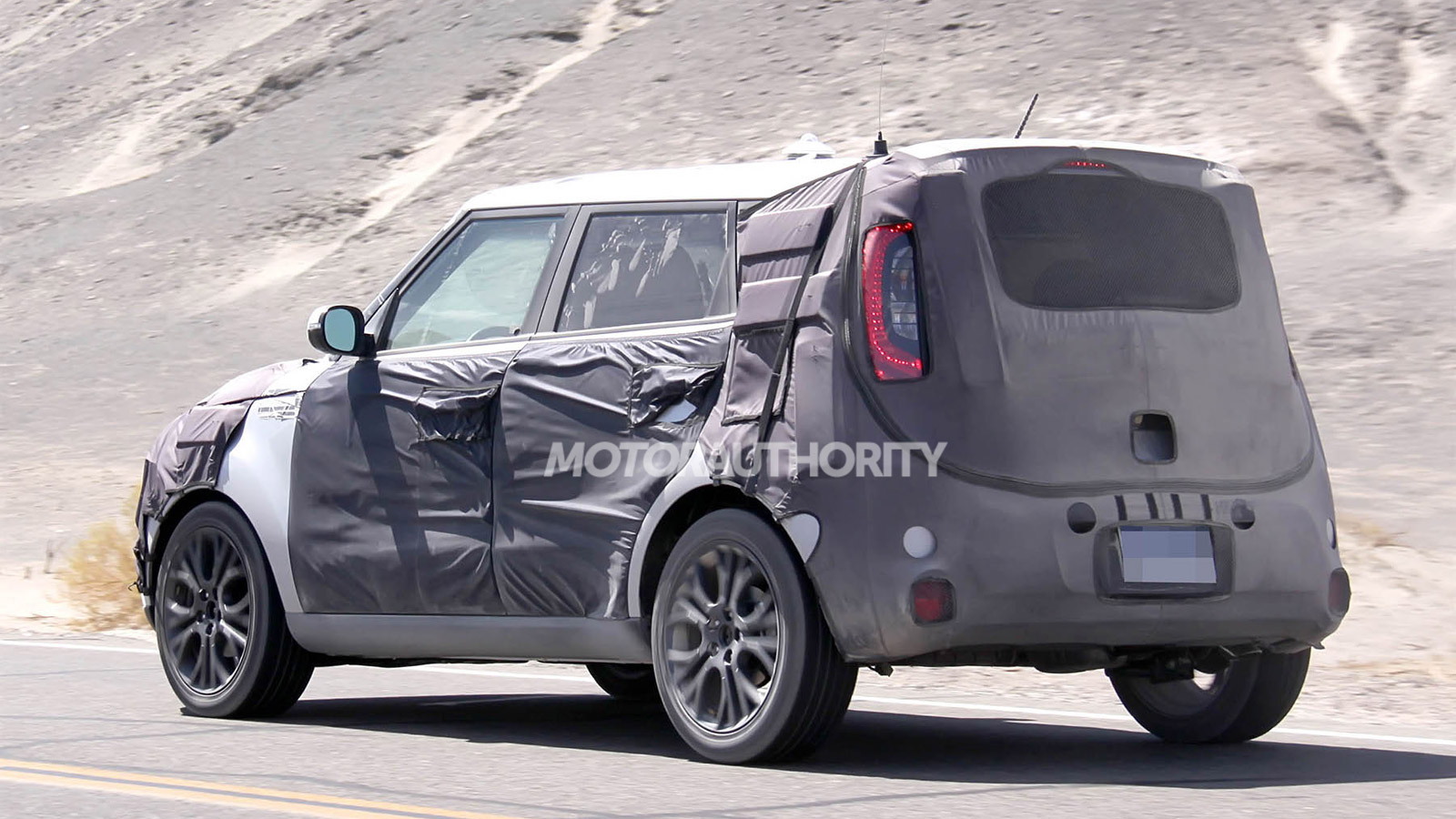 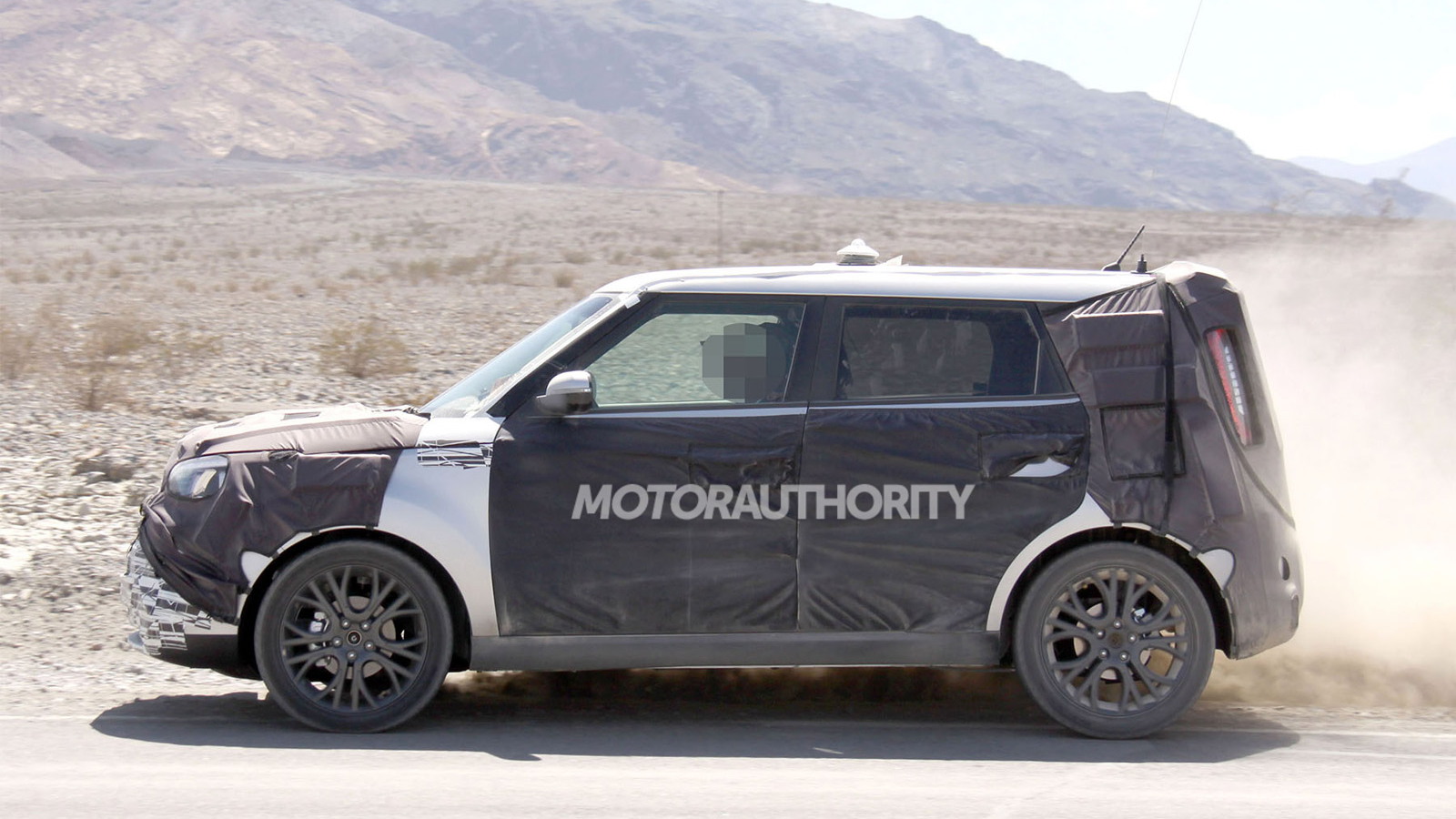 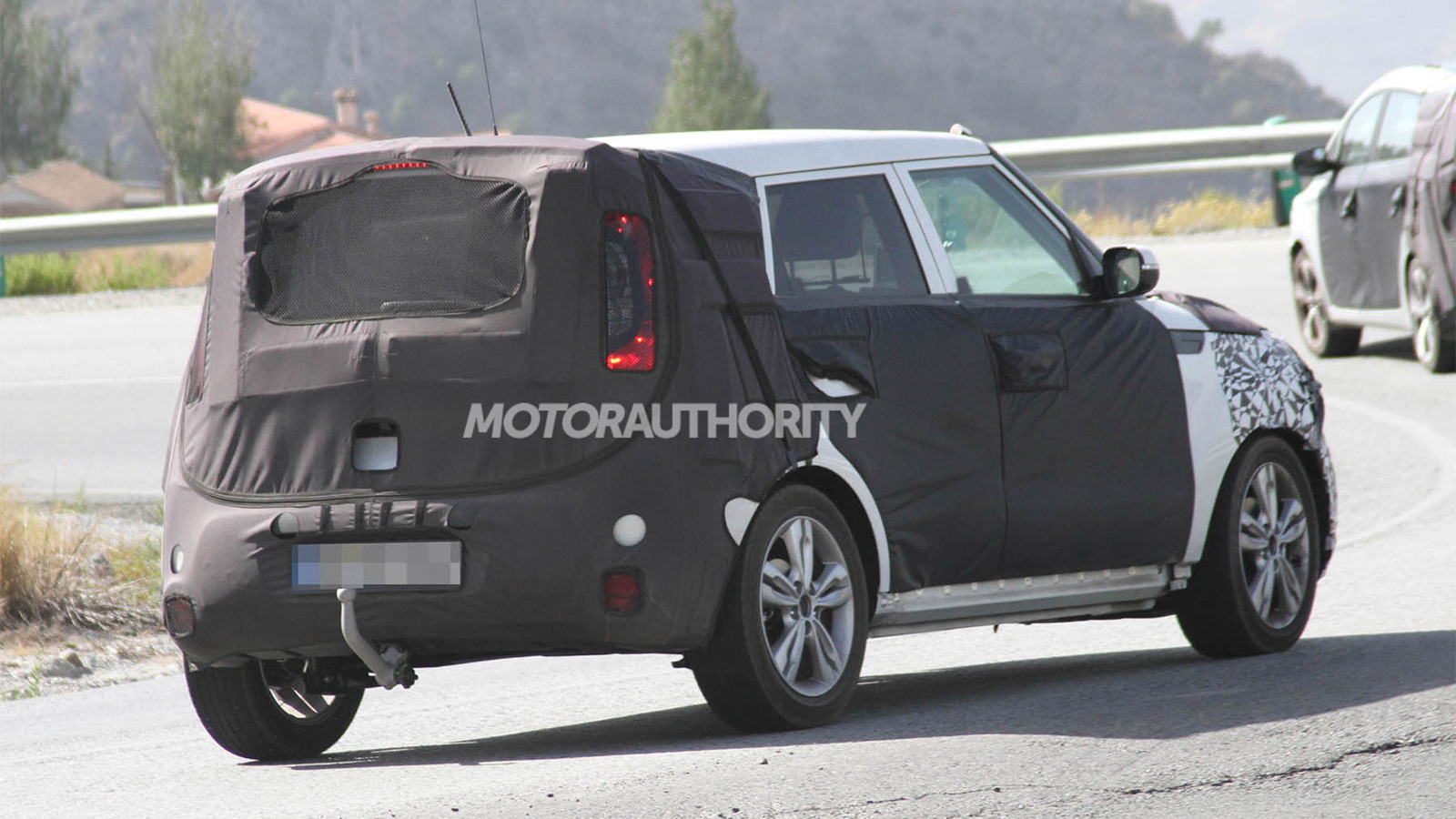 Through July, Kia has sold its Soul 73,698 times, which makes it second in overall unit sales for the brand behind the Optima (which sold 86,475 units through July).

The current Soul, released in 2009, is now pushing four years old, which means it’s time for a refresh. The challenge Kia faces is changing the Soul enough to keep it fresh, without impacting its appeal among the all-important Millennial demographic. Just ask Scion what happens when manufacturers make too many changes to a beloved product.

While Kia will neither confirm nor deny the existence of a new-for-2014 Soul, spy photos of prototypes seem to prove its existence. These latest shots show the least camouflage yet (both inside and out), giving us a good idea as to the changes the new Soul has in store.

The family resemblance to other recent additions to the Kia lineup is obvious, with the new Soul embracing Kia's more dynamically-styled headlights and a smaller version of the winged grille, the outline of which can be seen through the camouflage gear. The new Soul also looks to be slightly bigger than the model it’s set to replace.

We haven’t heard any significant rumors of new engines for the 2014 Soul, which probably means it will stay the course with its current 1.6-liter and 2.0-liter four cylinder powertrains. Offering a choice of four-cylinder engines allows Kia to broaden the Soul’s pricing spread, attracting more entry-level buyers of limited means.

For the interior, Kia’s designers have gone for a more driver-focused cockpit, while at the same time adding even more controls to the steering wheel. A six-speed manual and six-speed automatic should be offered as transmission options.

We’re still holding out hope that Kia puts its Track’ster hot hatch concept into production, because the thought of a 250-horsepower, all-wheel drive Soul appeals to us on a visceral level. We seriously doubt it will happen for all the usual reasons (“too expensive,” “too limited in demand,” “not our primary focus”), but it would certainly give Kia a counter point to the Hyundai Veloster Turbo.