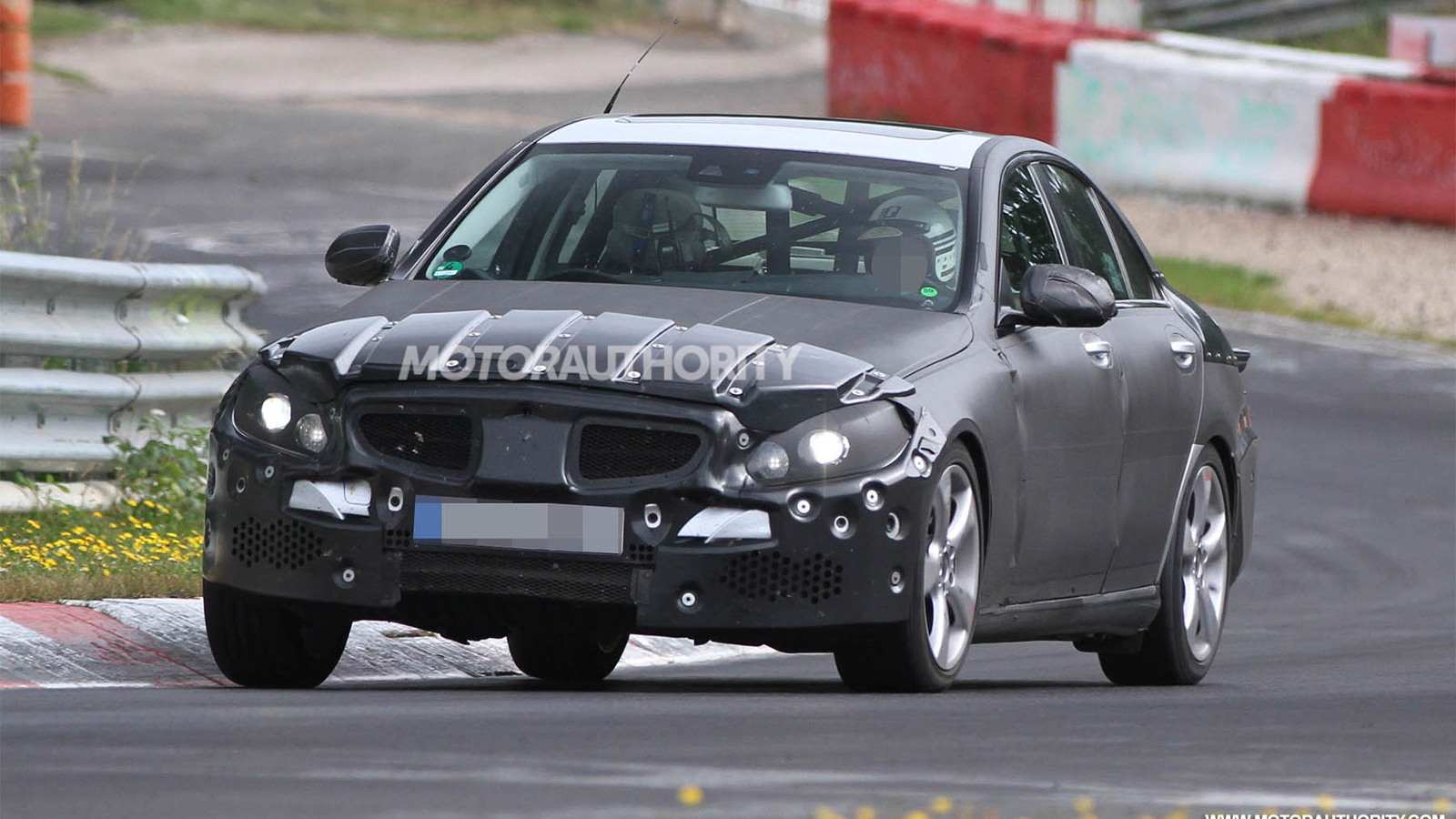 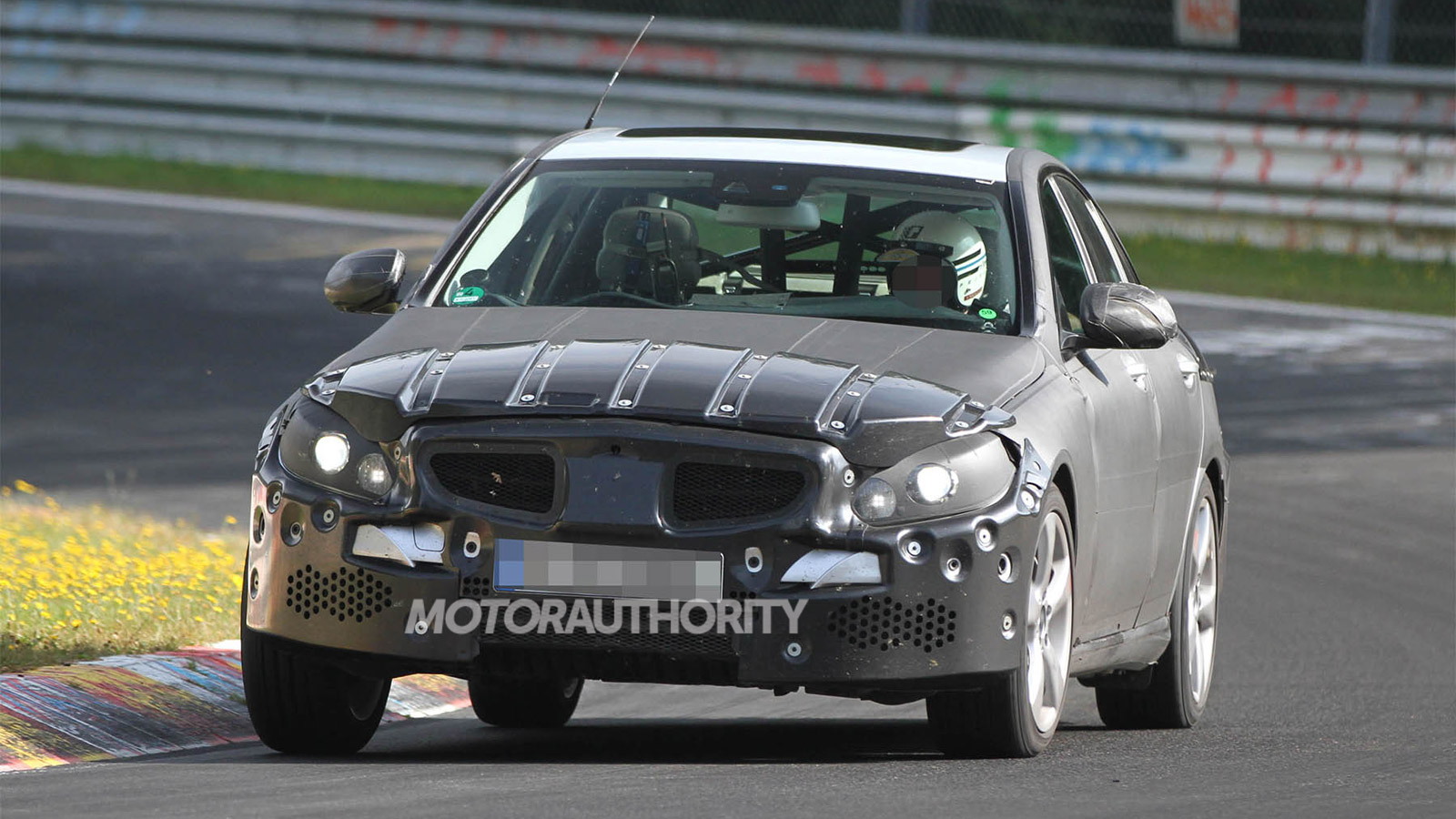 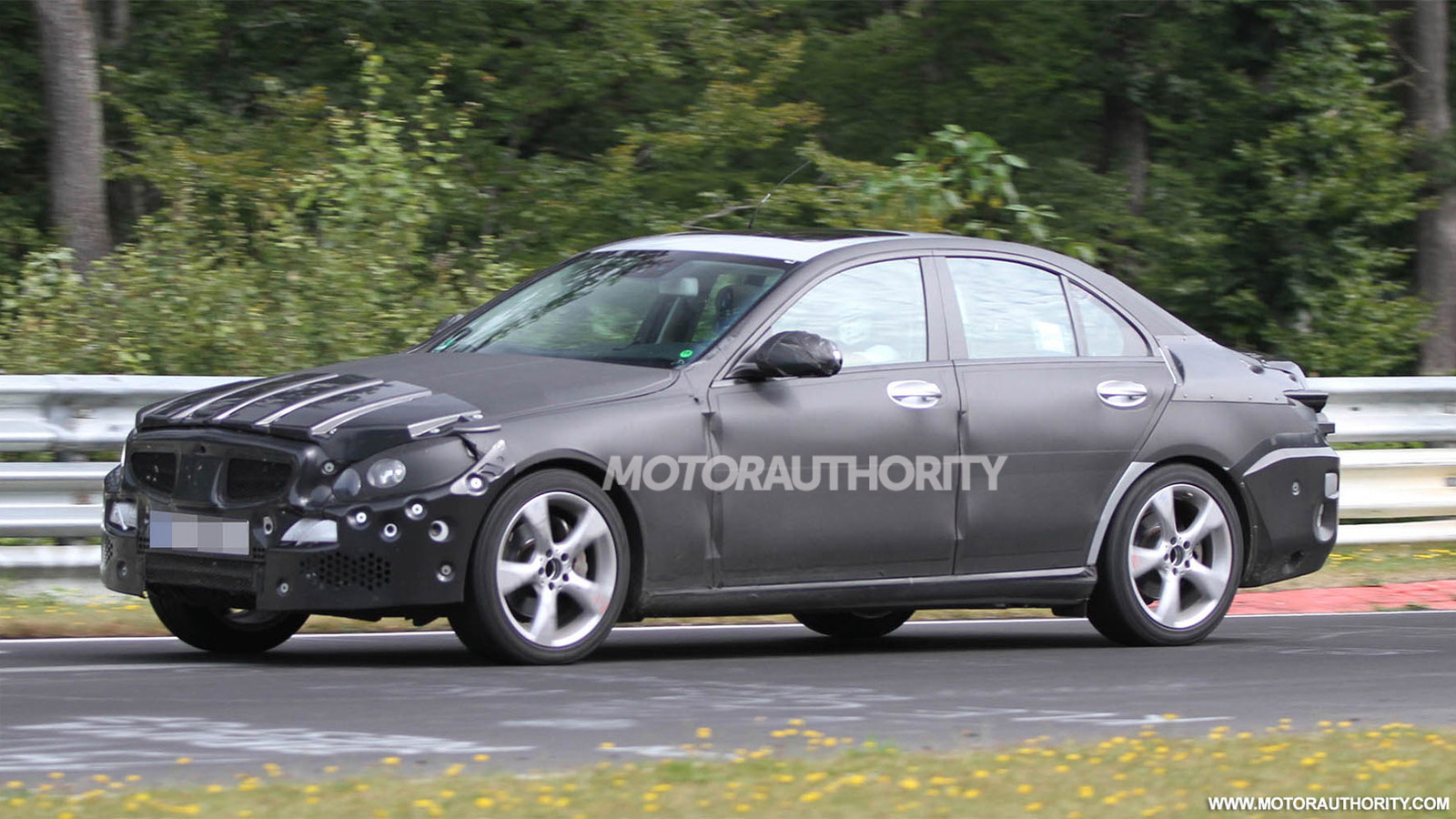 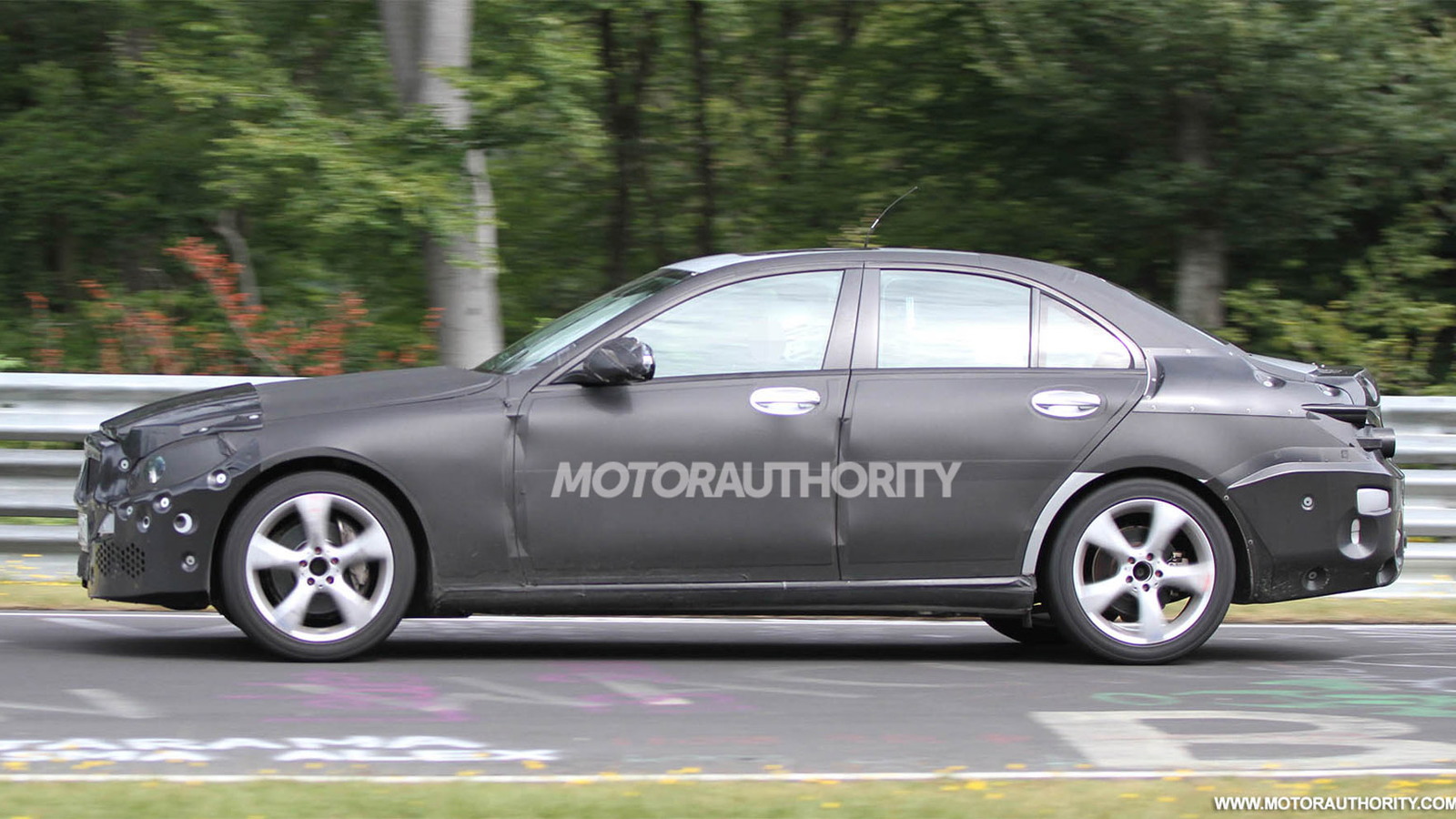 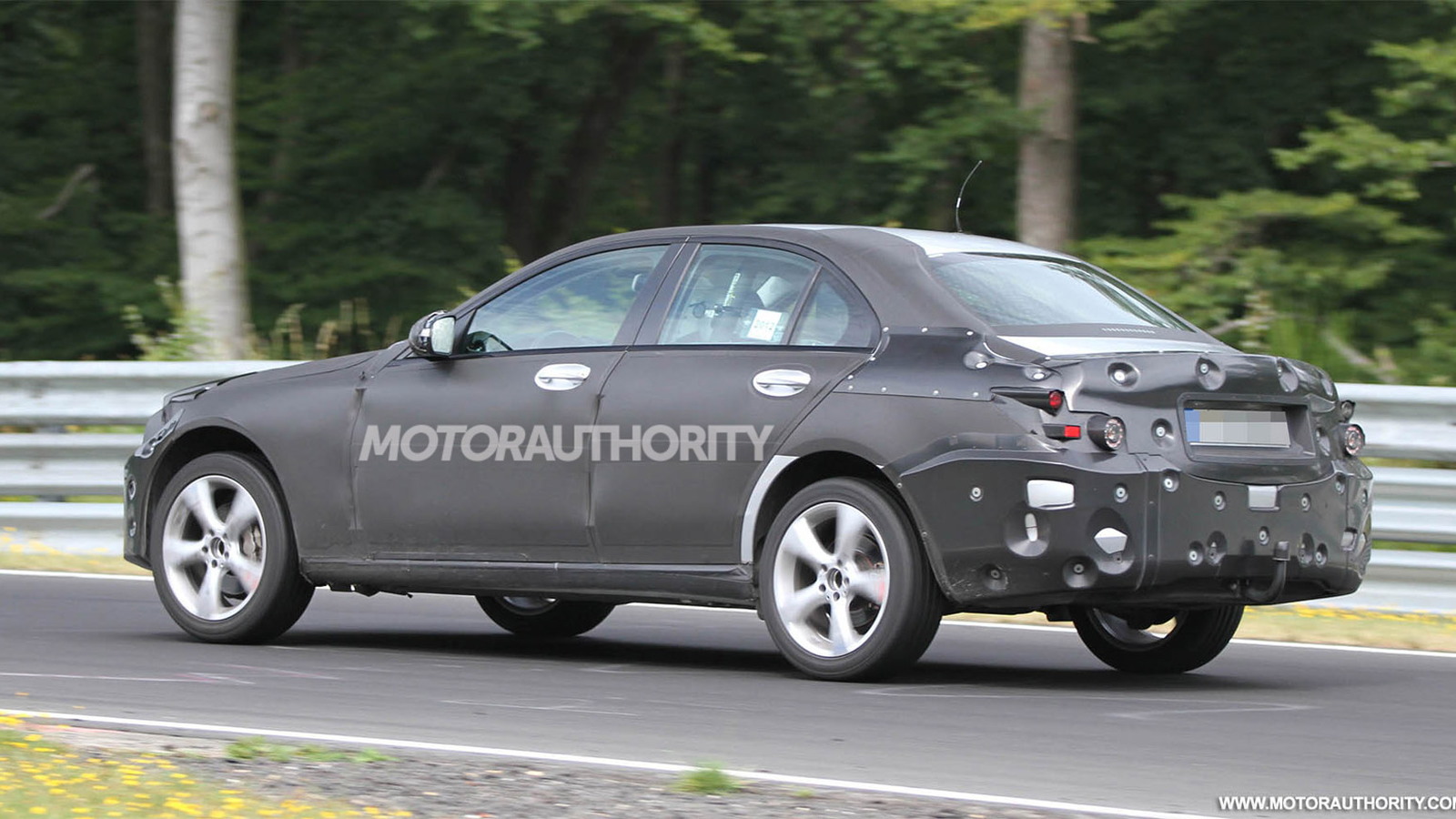 17
photos
Prototypes for the next-generation Mercedes-Benz C Class have been spotted across Europe and the Middle East for the past six months, with the latest sighting taking place at Germany’s Nürburgring race track. The prototype reveals that Mercedes’ design team is taking a safe route with the styling of the new C Class, following BMW’s lead with the latest F30 3-Series by retaining the previous model’s overall proportions but refining things a little.

The shape of the headlights appear more streamlined than the units on the current car, while the body keeps the classic wedge shape, though it appears stretched out a little. It’s too early to tell what the rear will look like, though a cross between the styling of the CLS and SL Class is likely.

As for the drivetrains, expect to see an eight- or possibly even a nine-speed automatic fitted. We’re unlikely to see a three-cylinder engine offered in the C Class anytime soon but a turbocharged 1.8-liter engine should make its way into the base model.

A V-6 should remain, and will be joined by a range of diesel engines in some markets and a new hybrid. This hybrid model will likely pair a four-cylinder gasoline engine with an electric motor sandwiched between the engine and gearbox.

Further down the track a high-performance AMG model will be launched, complete with a twin-turbocharged 5.5-liter V-8 engine developing around 450 horsepower. While output may be down slightly on the current C63 AMG, performance should be improved thanks to a lighter overall structure.

Like the 2013 SL Class, the new C Class will almost certainly benefit from plenty of aluminum--and some composite--structures in its construction.

Finally, wagon and coupe models will return, and will be joined for the first time by a new C Class Convertible.

Look for a world debut of the 2015 Mercedes-Benz C Class late next year, with sales to start sometime in 2014.