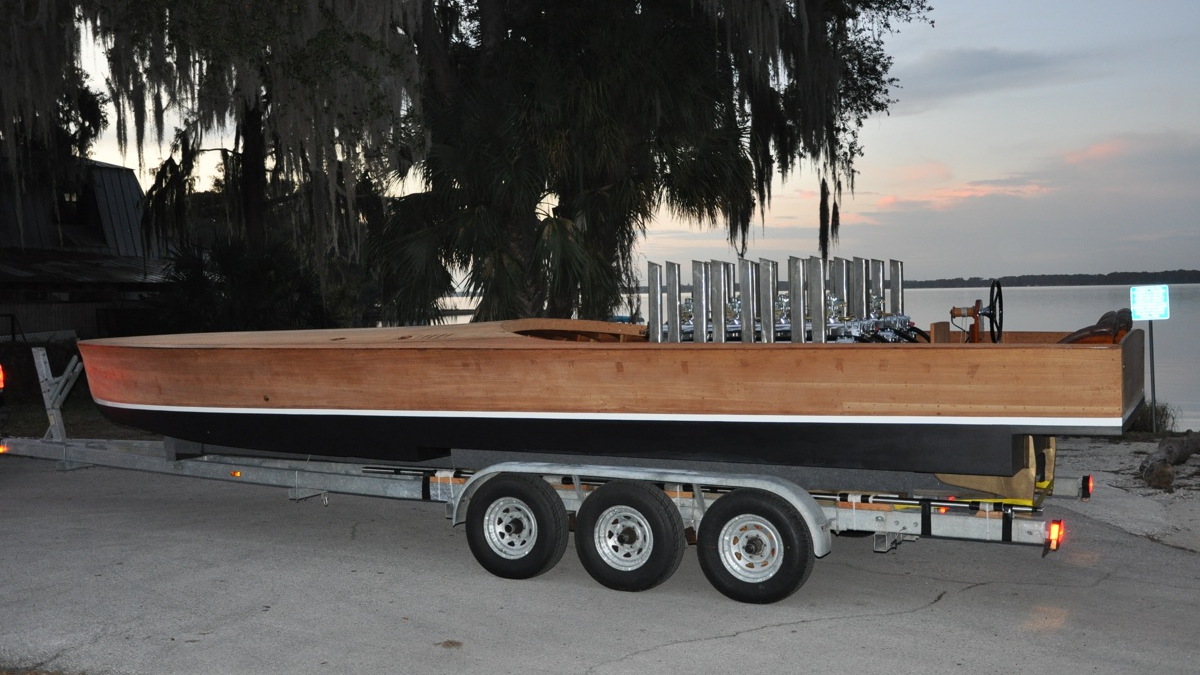 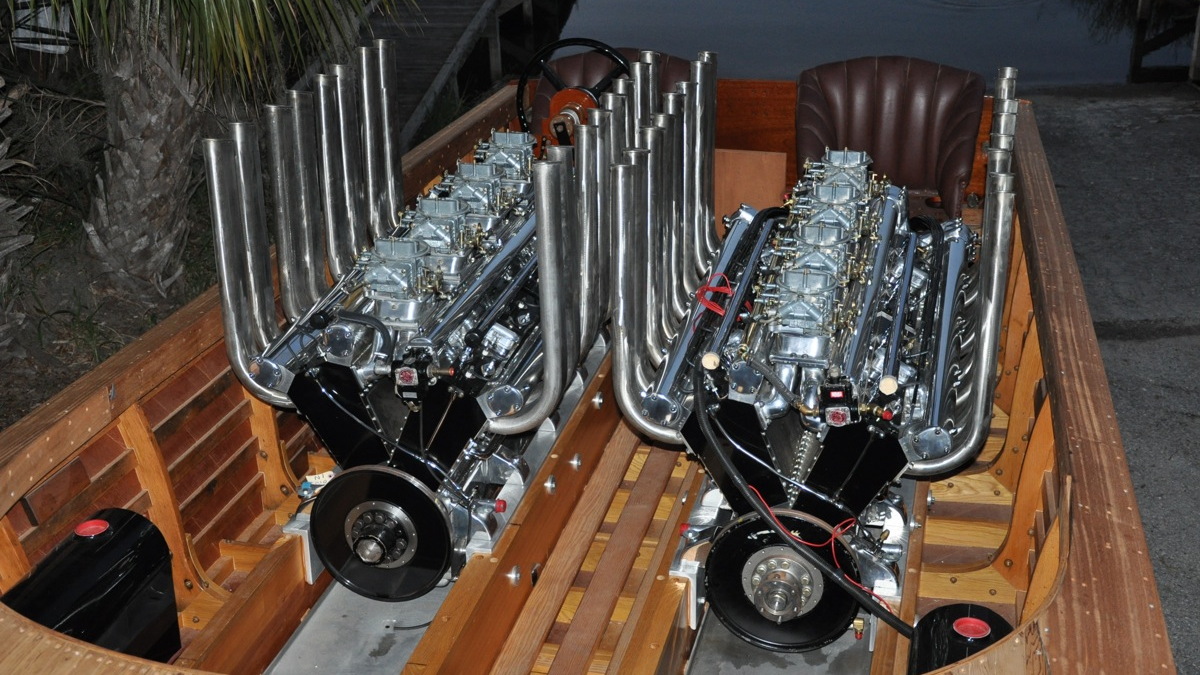 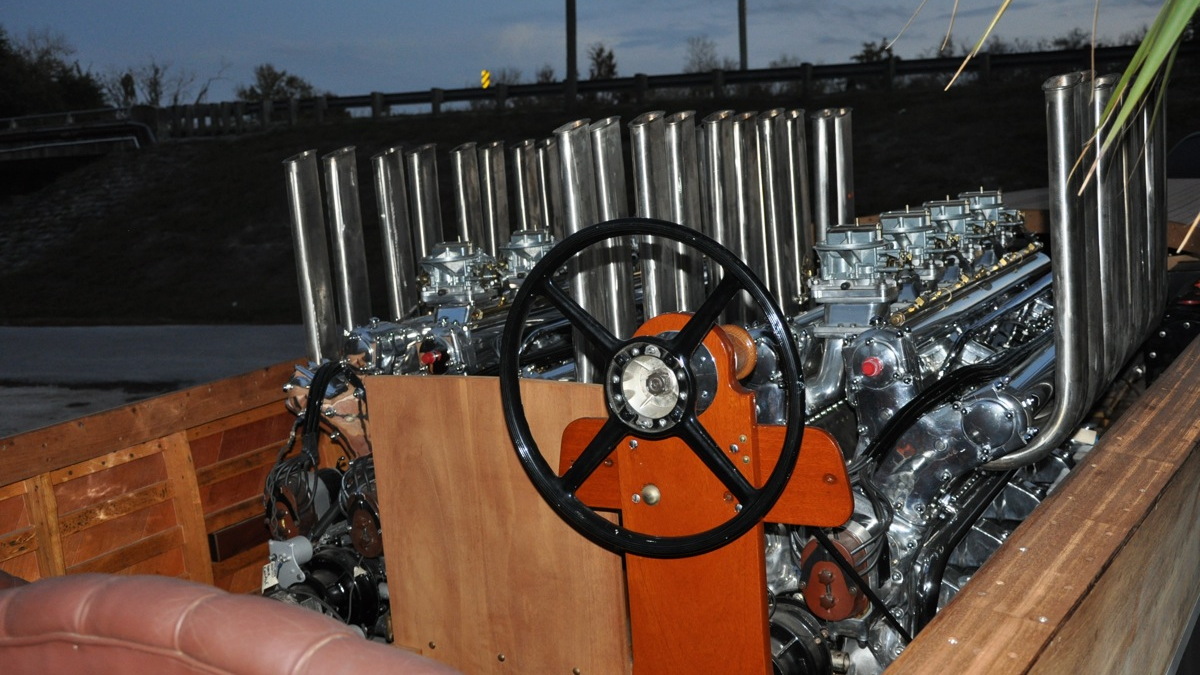 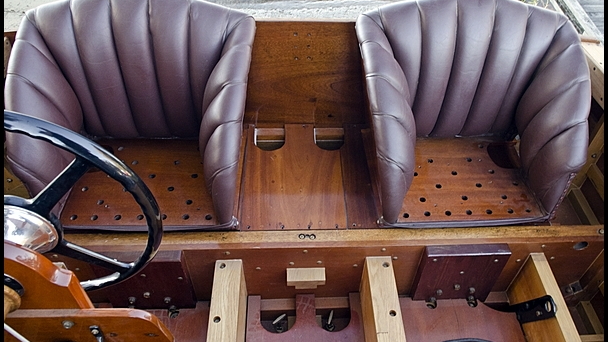 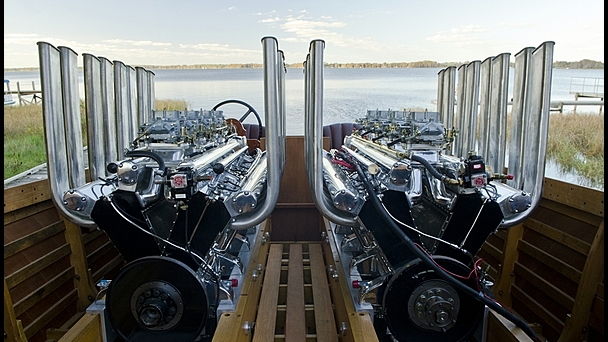 8
photos
While we try to focus on luxury and performance automobiles here at Motor Authority, every once in a while a press release comes across our desk that has us doing a double-take. Such was the case with Mecum’s announcement that the Garfield Wood-built Miss America VIII was heading to auction in Kissimmee, Florida.

We’re no authority on mid-20th century wooden boats, but when something is powered by twin, supercharged V-16 Miller engines making 1,800 horsepower each, we take notice. How fast does that make this boat? In the fall of 1931, the Miss America VIII hit 104 miles per hour on the Harlem River.

It’s worth noting that the boat’s racing honors were earned with twin Packard V-12s, and that the lighter, more powerful Millers weren’t fitted until later in 1931. Still, it’s the Miller engines that are most closely associated with the boat, and the Millers were the last engines to power the boat with Gar Wood at the helm.

Wood himself called the Miss America VIII “the best boat we ever had,” while the designer, Napoleon Lisee, called it his masterpiece. It’s one of only three remaining Miss America boats from the ten built between 1920 and 1932, and despite being over eight decades old, still retains over 75 percent of its original wood hull.

While the engines have just undergone a thorough restoration, the work on the rest of the Miss America VIII needs to be completed. Even in its partially restored state, the boat is likely to command stratospheric pricing at auction.