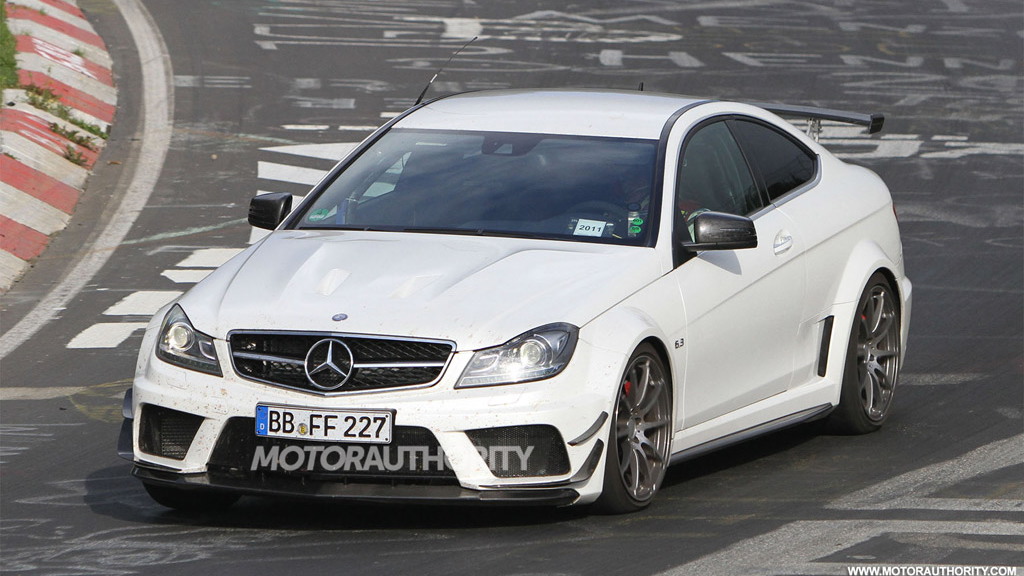 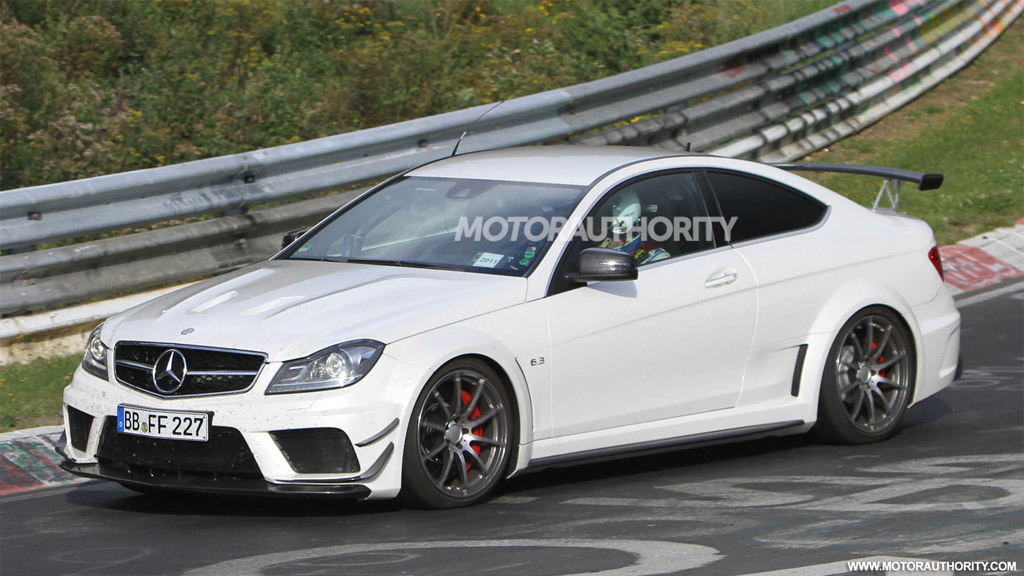 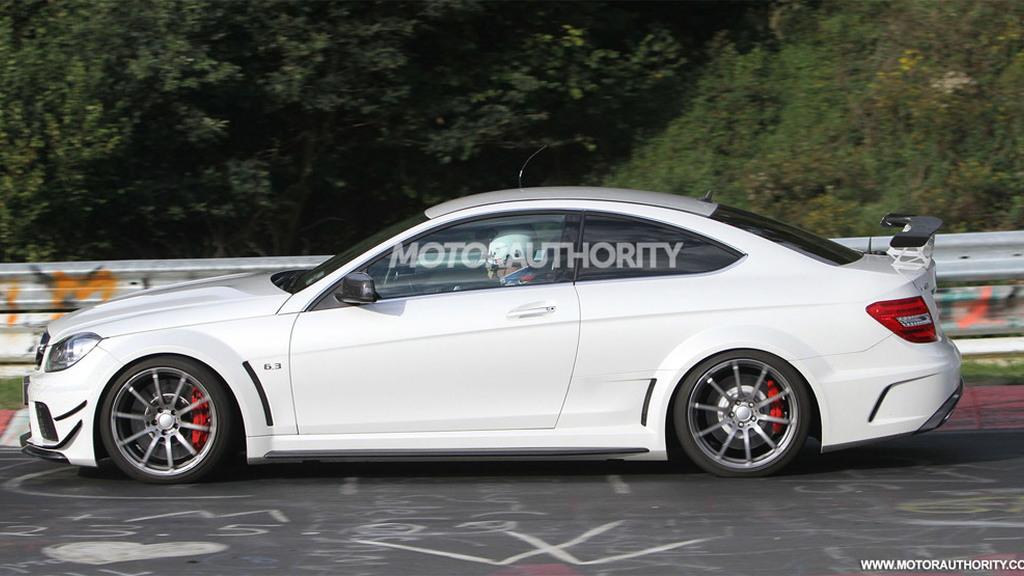 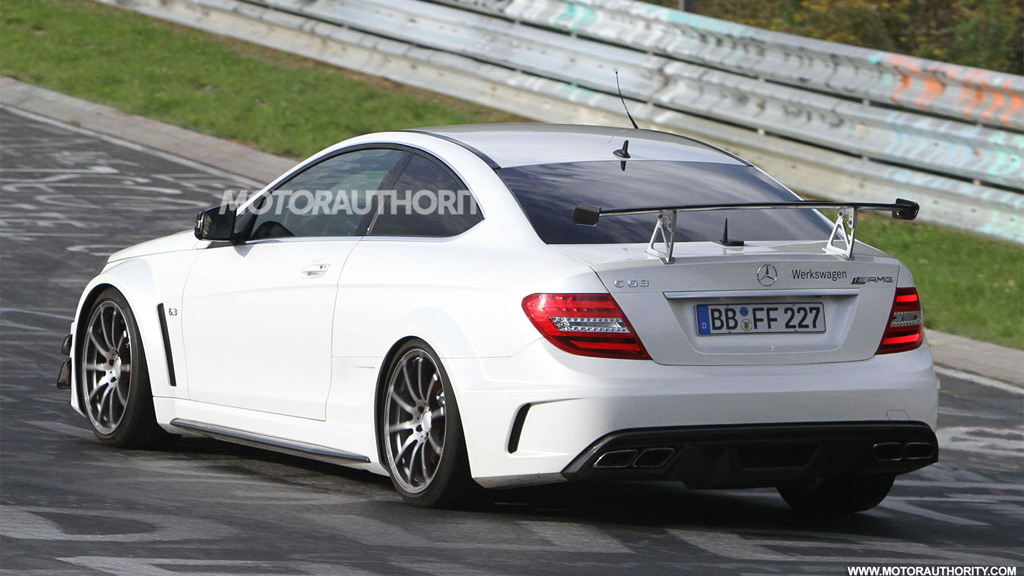 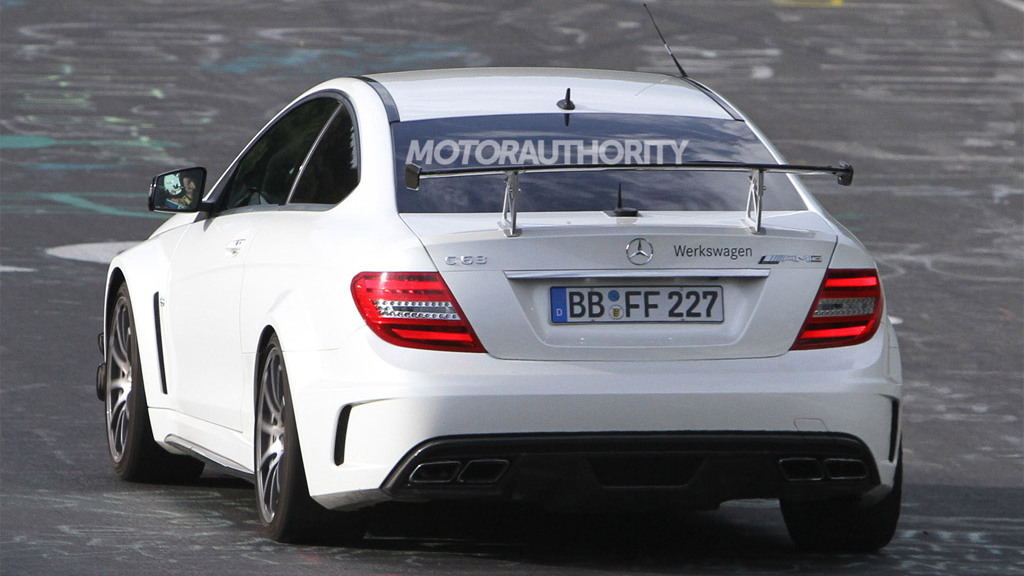 7
photos
With 510 horsepower on tap, and available options designed specifically to improve aerodynamics and on-track performance, we knew the Mercedes-Benz C63 AMG Coupe Black Series would be fast.

We also knew it was just a matter of time before someone ran the car around Germany’s Nürburgring Nordschleife for a timed lap, and it seems that Germany’s Sport Auto has beaten Mercedes-Benz to the punch.

As BenzBoost reports, Sport Auto has clocked a time of 7:46 in the C63 AMG Black Series Coupe, equipped with both the aerodynamics package and the track package. That’s substantially faster than the base C63 AMG Coupe, which only managed a time of 8:01 around the ‘Ring.

To put it in perspective and relate the time to others generated by Sport Auto, the new Black Series Coupe is faster than a 2008 Corvette Z06 (by three seconds), faster than a Lamborghini Murcielago LP640 E-gear (by one second) and as fast as a Lamborghini Gallardo Superleggera. It’s only two seconds off the pace of a Pagani Zonda S, which makes the Black Series Coupe fast by almost anyone’s standards.

Keeping things consistent, nearly all Sport Auto tests (including the C63 AMG Black Series Coupe) are driven by the magazine’s editor-in-chief, Horst von Saurma. As much as we love our jobs, we’d love Mr. von Saurma’s job even more.