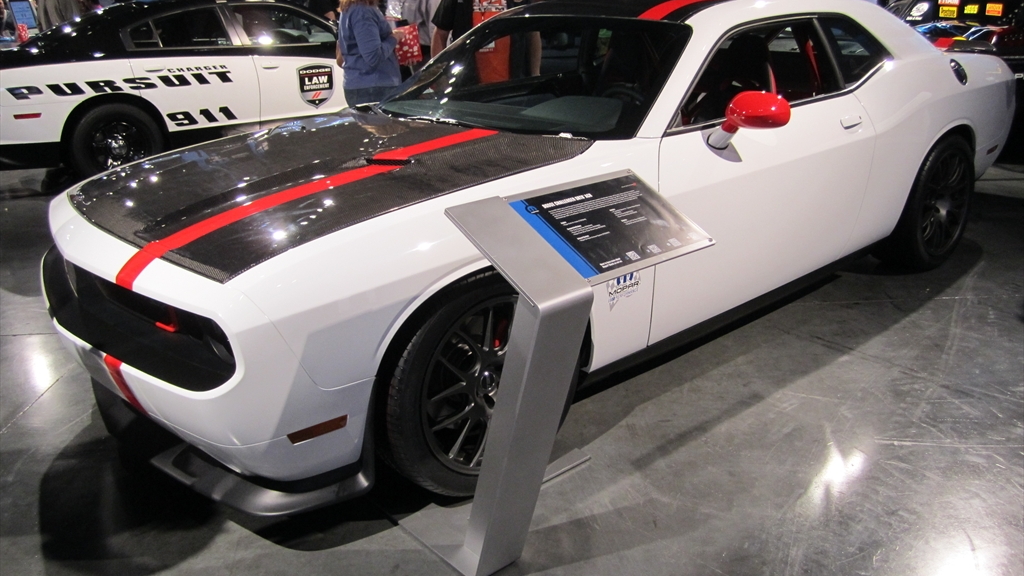 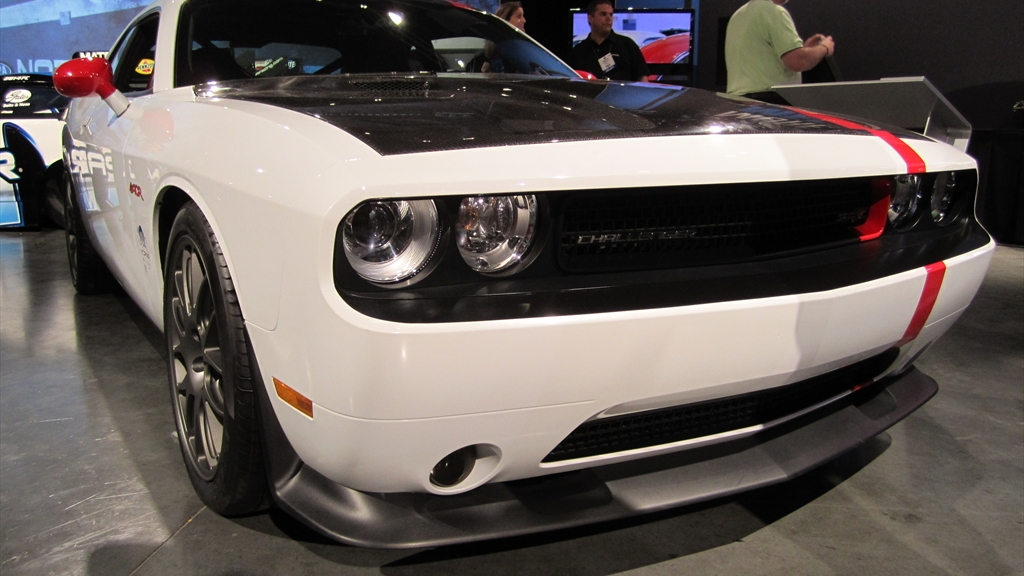 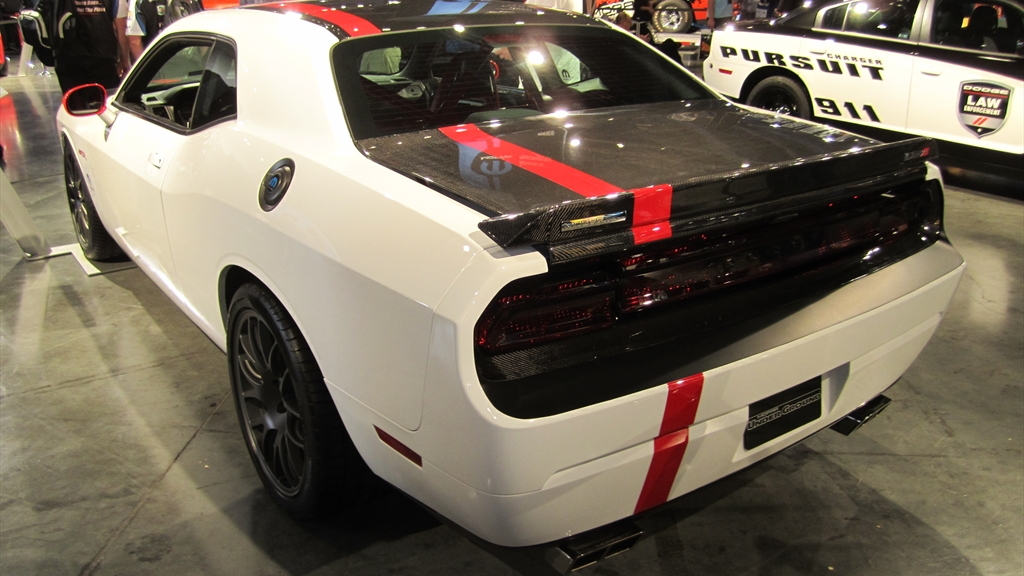 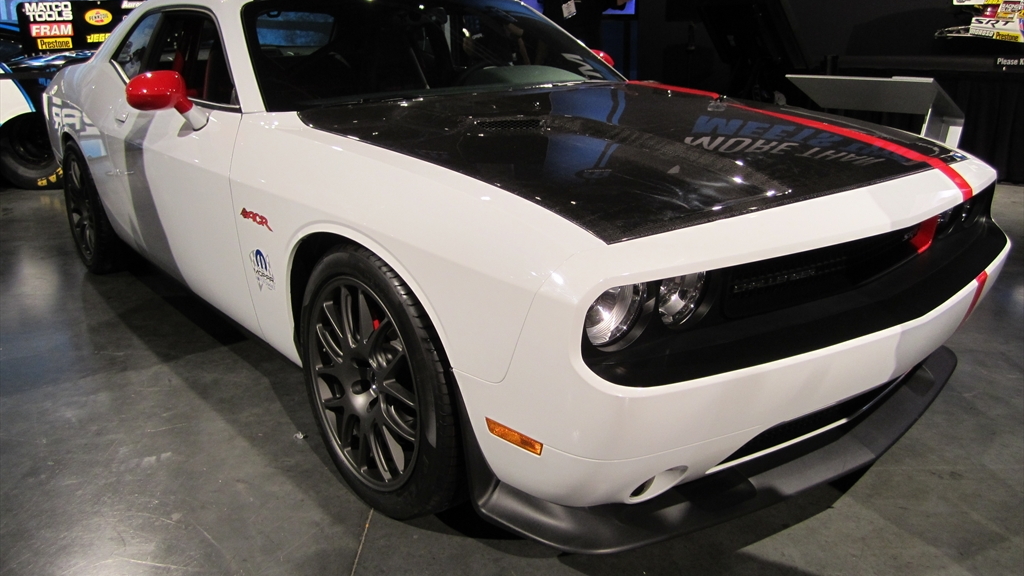 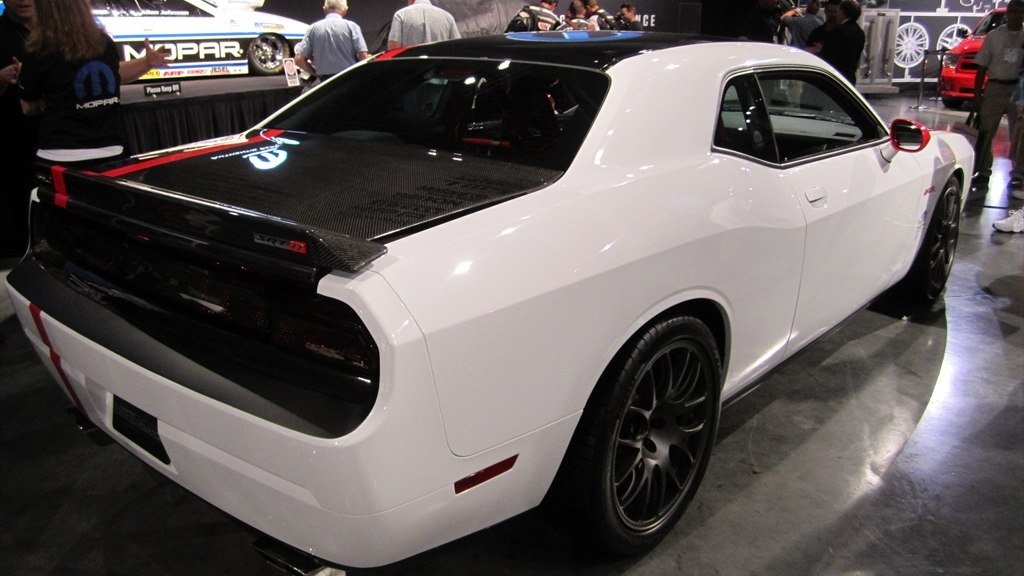 8
photos
Sporting a range of Mopar upgrades and weight-saving features, better aerodynamics, and slightly more power, the Dodge Challenger SRT8 ACR shown at the 2011 SEMA show makes us hope the brand decides to build it for production.

As the photos show, the Challenger ACR looks a bit meaner than the average SRT8, but it has the bit to back it up: Mopar coil-overs, front and rear strut braces, a cat-back exhaust, Goodyear F1 Supercar tires, a short-throw shifter, and a carbon fiber hood and rear decklid.

Inside, the Challenger ACR gets carbon fiber door panels, sport bucket seats up front, SRT gauge cluster and flat-bottomed steering wheel, the center stack from the Mopar Drag Pak, and more carbon fiber sprinkled about. The rear seat is deleted, and a roll bar that doubles as a chassis stiffener takes its place.