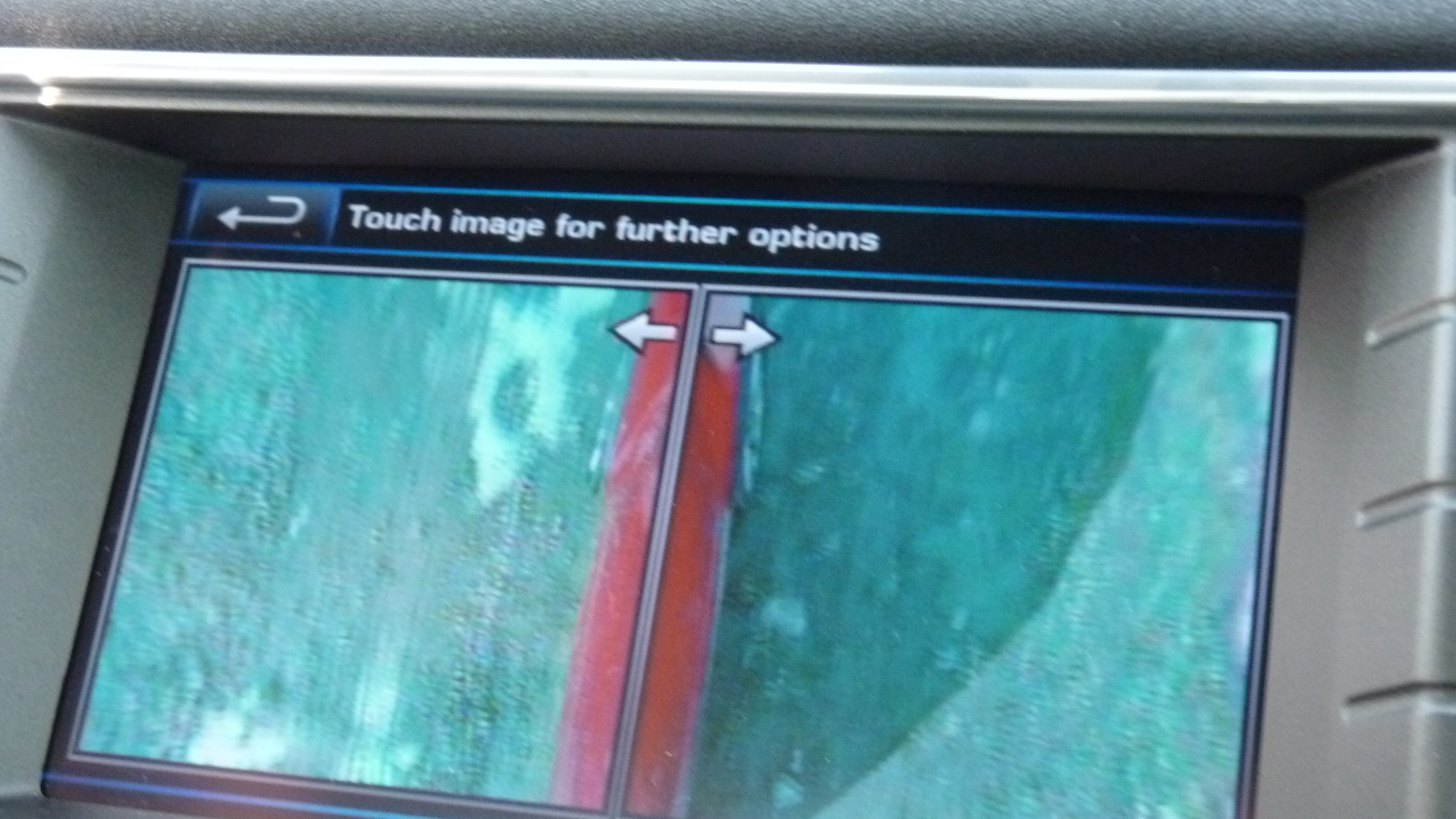 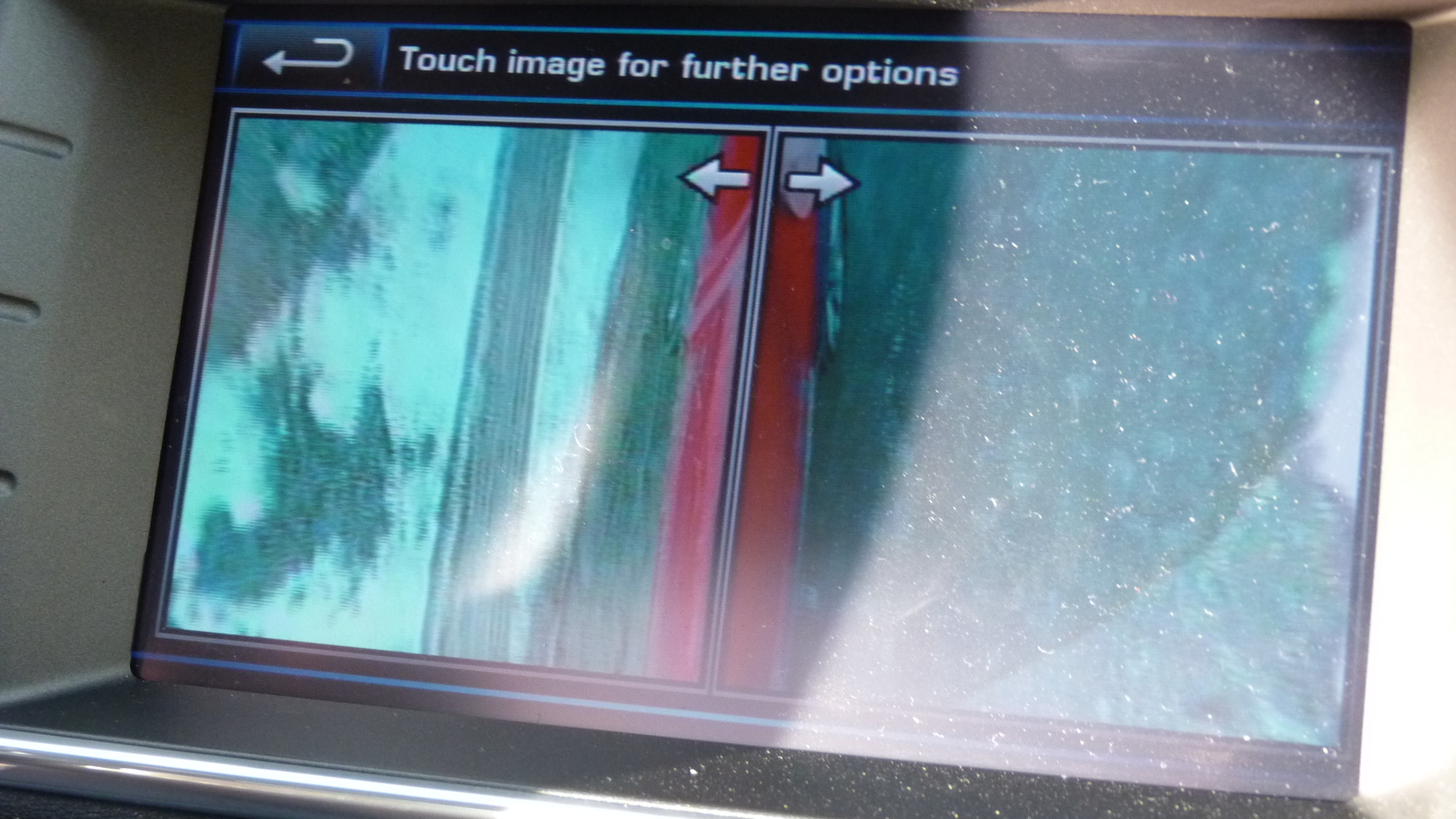 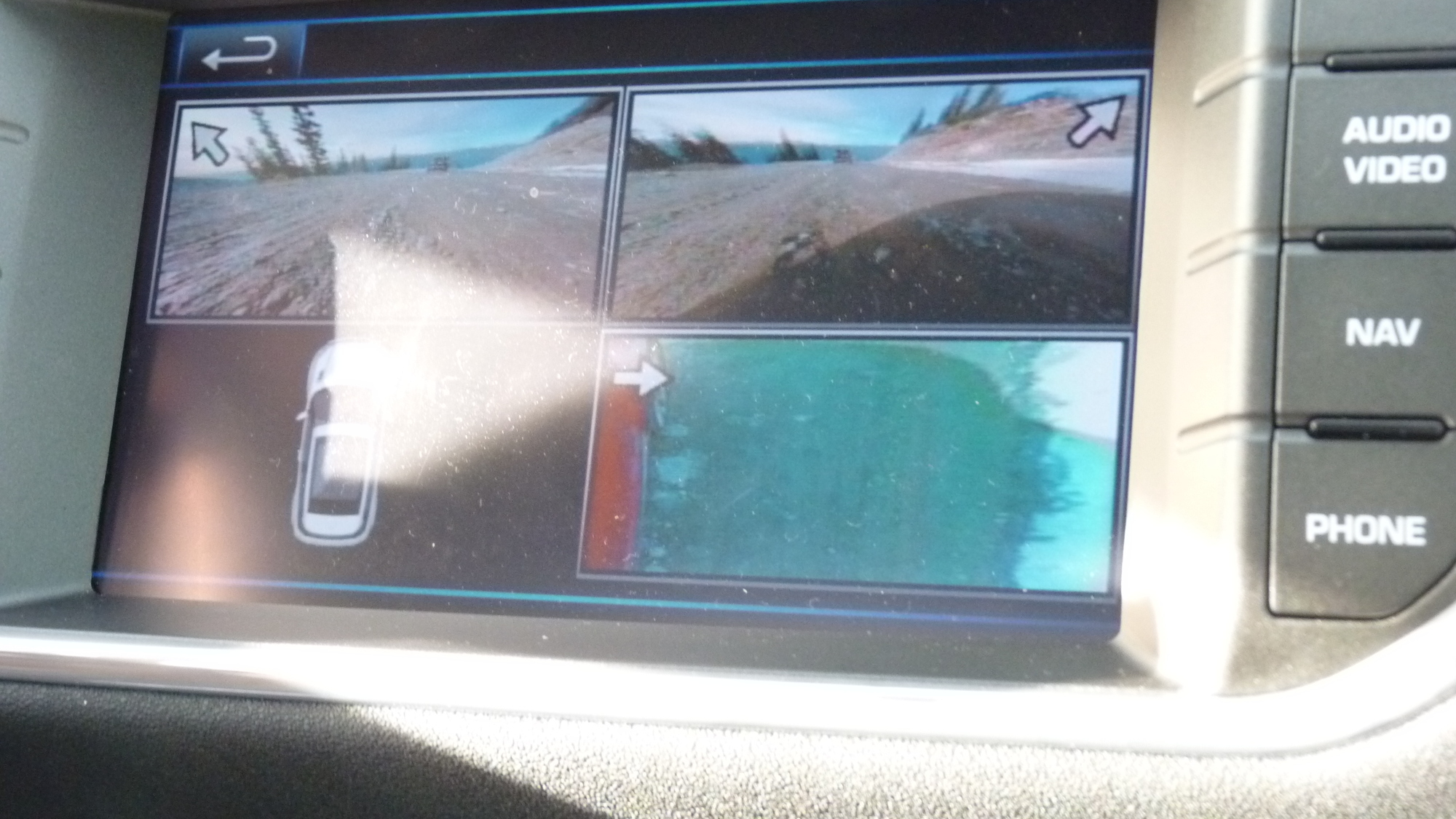 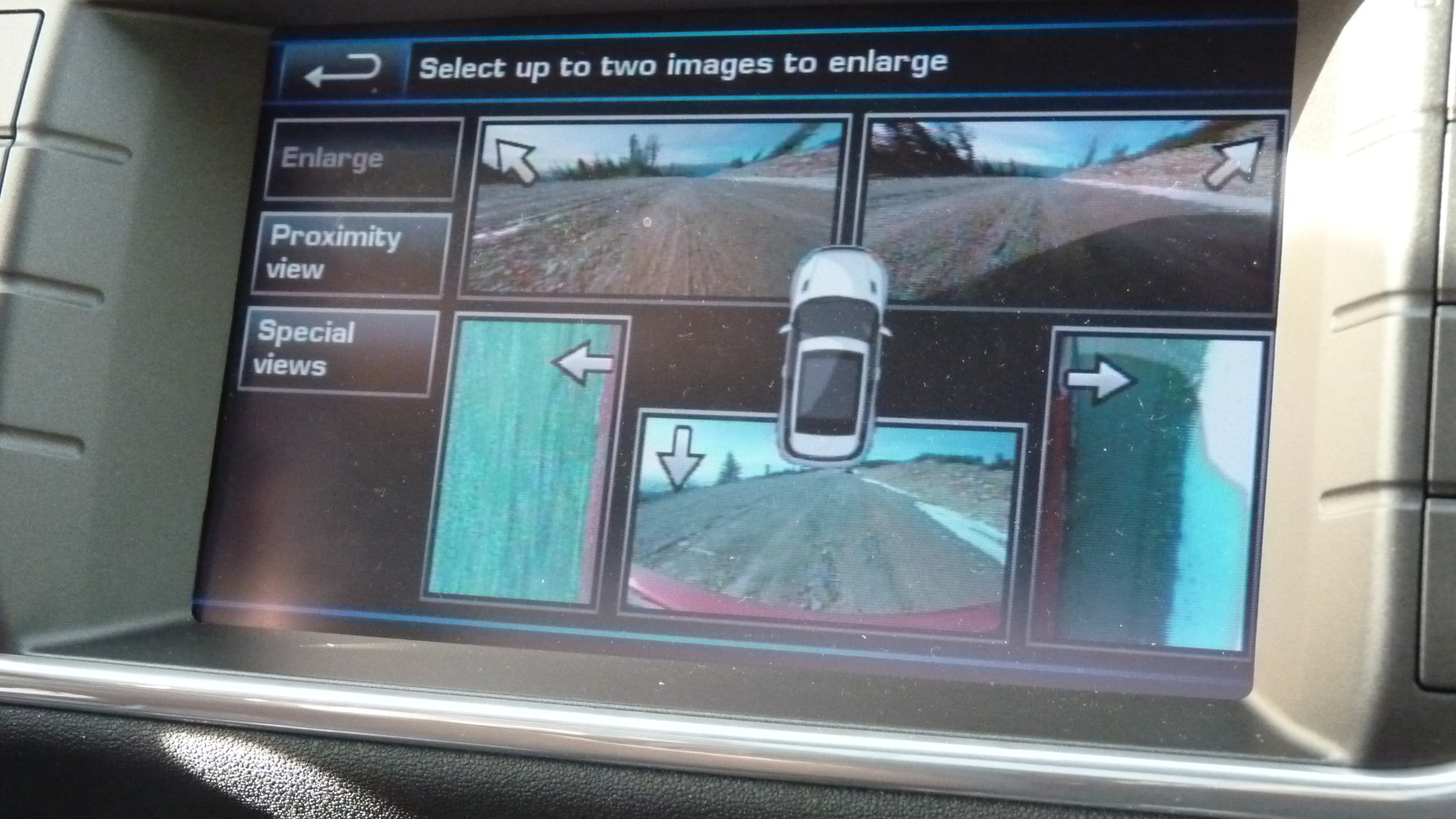 Ever since vehicles became a little taller, a little chunkier, backup sensors became more than just a novelty, far more useful than those little wire curb feelers of decades past.

New camera-based systems, over the past few model years, have taken it to a new level, with even more safety. But order the Surround Camera System in the 2012 Land Rover Range Rover Evoque, and it ups the ante, for its class. You’ll get five cameras, a reverse-sensing system, and a pretty sweet interface. Park Assist is also on offer to make parallel parking completely automated.

The camera system is somewhat like the system featured on the Range Rover and other models in the Land Rover lineup, but it’s an improved version that lets you select and customize your camera screens—or enlarge any one or two camera views, in particular.

An excellent ‘proximity view’ mode shines when you’re in a very tight parking spot and need to double-check your trajectory into (or out of) a space.

Unlike most other vehicles, you can tap into those views when you’re driving—because, in truth, this system is intended for way more than parking. The Surround system could be useful when driving off-road, or anywhere branches or boulders might be somewhat in the way.. As we noticed when driving the Evoque off-road, its somewhat lower, more rounded hood makes it a little harder to see the corners of the vehicle as well—or to get a high enough driving position—to they could be a very worthwhile tool for the trail.

Curb view helps you see the side of the vehicle—and the wheels—to keep the vehicle unscathed, while junction view helps see out in both directions from the front of the vehicle if you’re, say, inching forward from a tight alley into a busier street.

And through a simple touch-screen interface, you can also manually select park assist guidance—or select hitch guidance, or zoom in on the towball when you’re backing in.

The cameras, in theory, are located in places that won’t (at least immediately) become muddy.

And one more thing: While Land Rover has chosen to make these cameras accessible while the vehicle is moving—at highway speeds the view downward at the road surface can be mesmerizing for the passenger—we remind you of course that the passenger should access the camera screens if the vehicle is still moving.