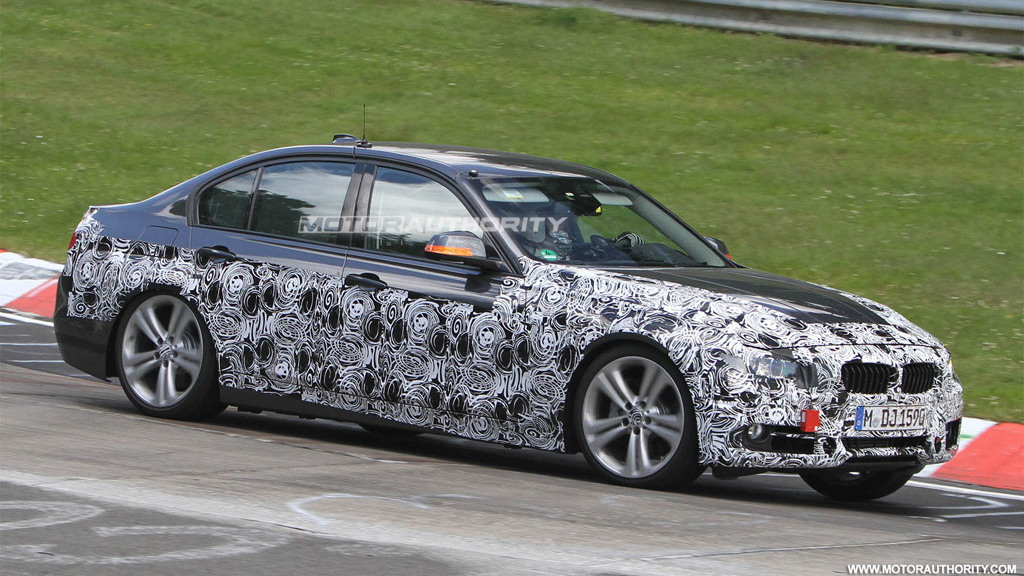 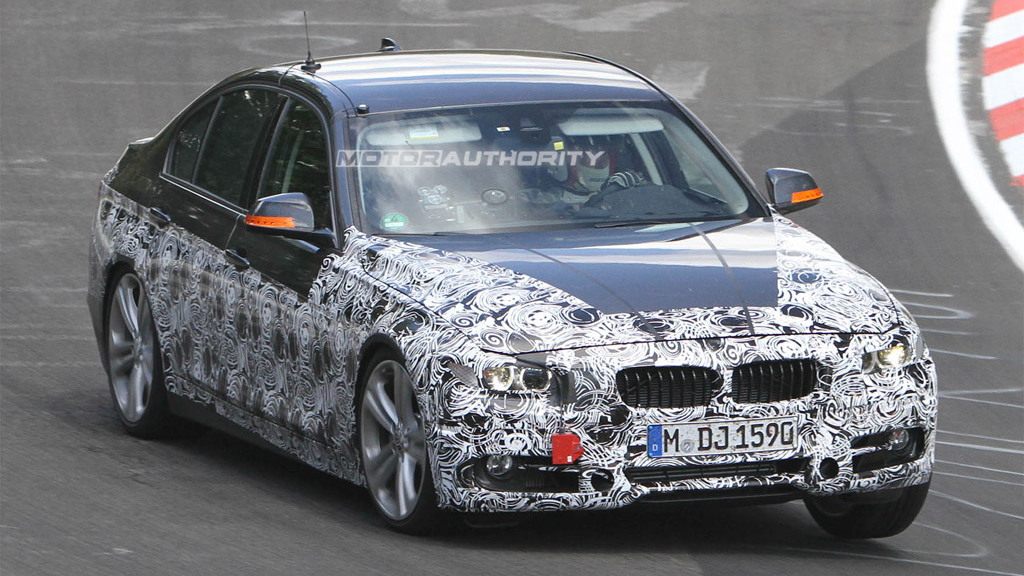 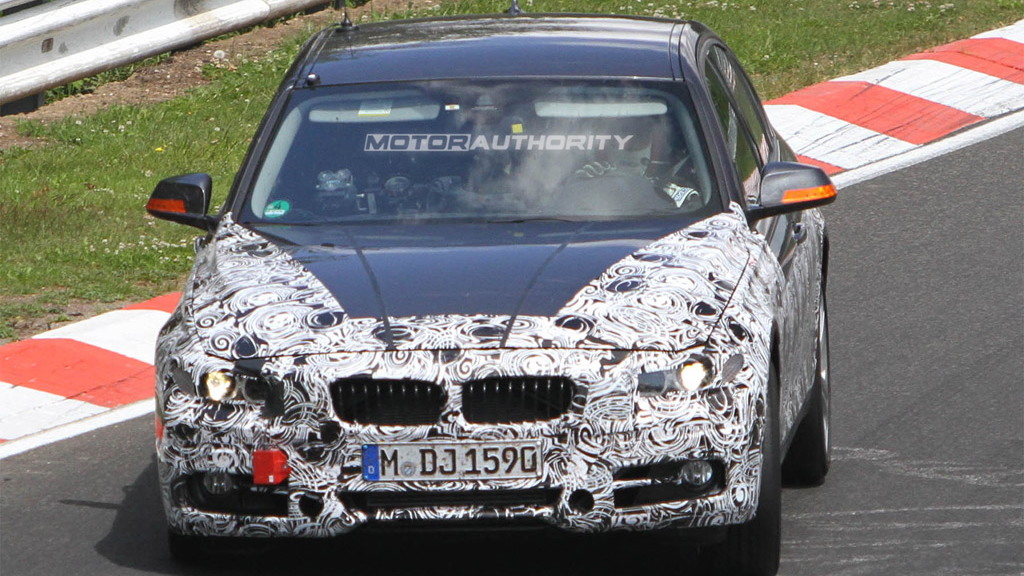 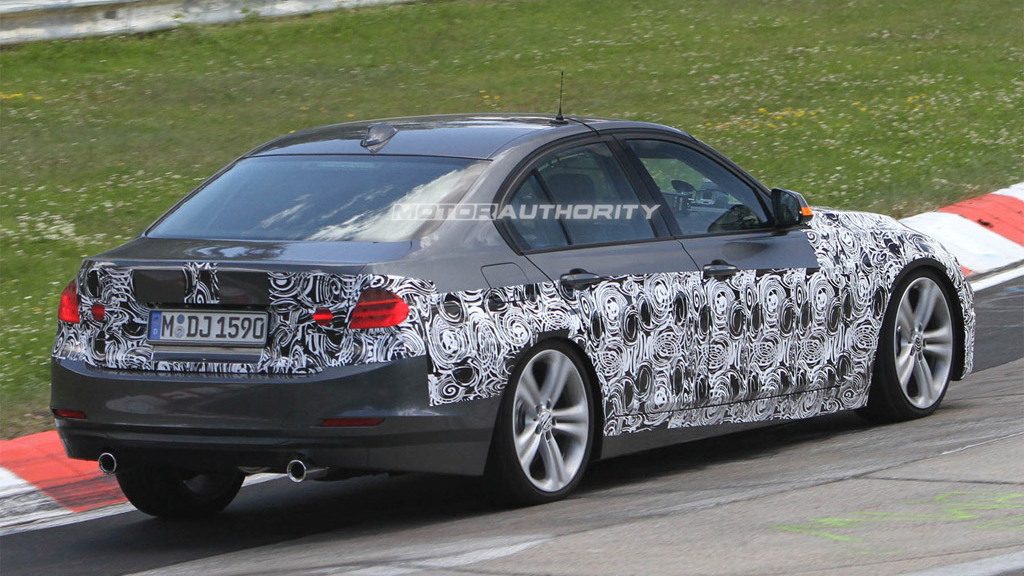 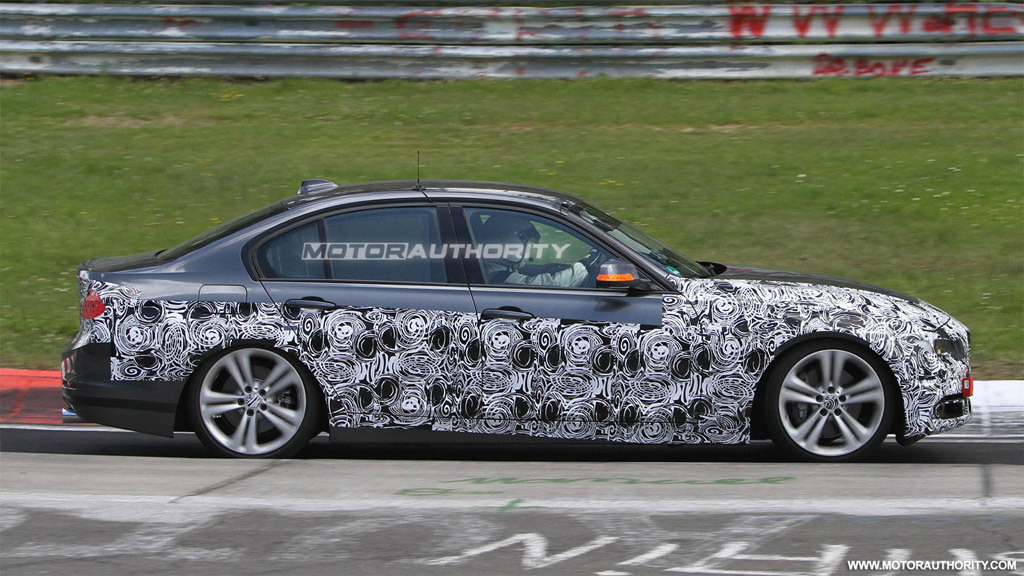 8
photos
UPDATE: The new F30 3-Series has just been revealed as a 2012 model. Click here for all the official details and photos.

The 2013 BMW 3-Series is in the final stages of development as the car is set for a world debut next month at the 2011 Frankfurt Auto Show, with a showroom appearance expected to follow shortly after.

Here we see several prototypes for the standard sedan model doing some high-speed testing at the Nurburgring race track in Germany. The usual coupe and convertible models should follow in the 2014 model year and for the first time BMW plans to launch a new 3-Series GT, which it turns out will complement the 3-Series Touring wagon.

Expect a range of turbocharged four-cylinder engines grouped under the ‘TwinPower’ heading to power the new car, as well as some three-cylinder units eventually. Of course, a straight-six will remain and could be the option for the next-generation M3.

After the video, click here for our more detailed report with included spy shots.