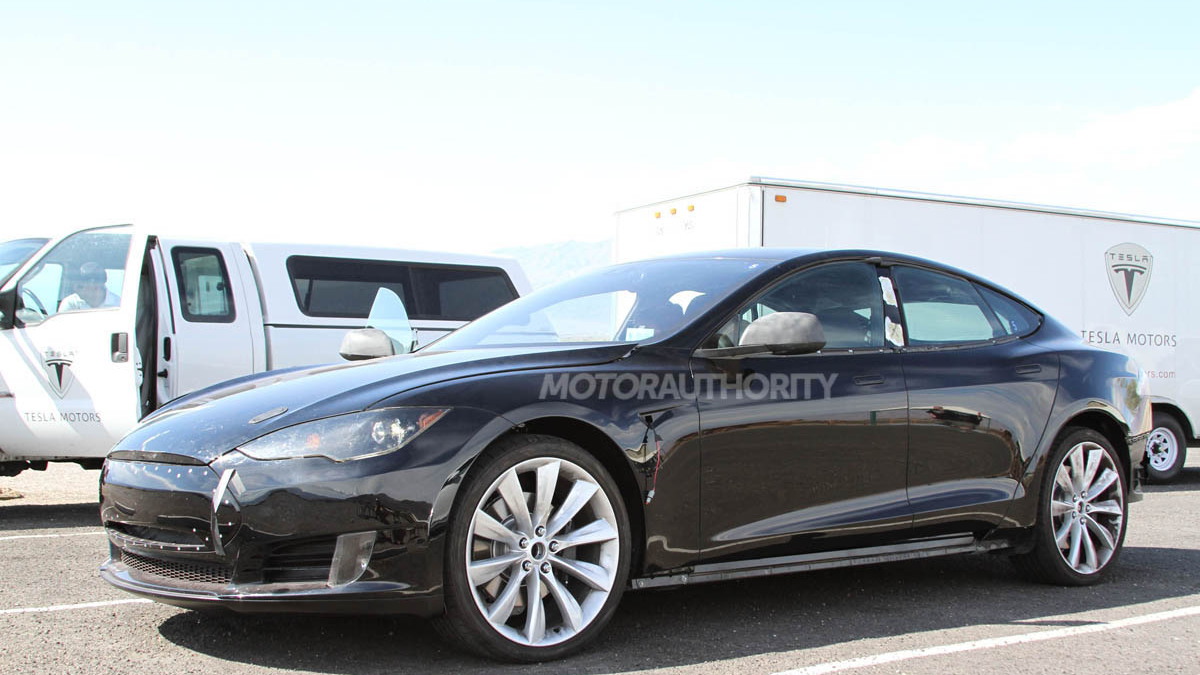 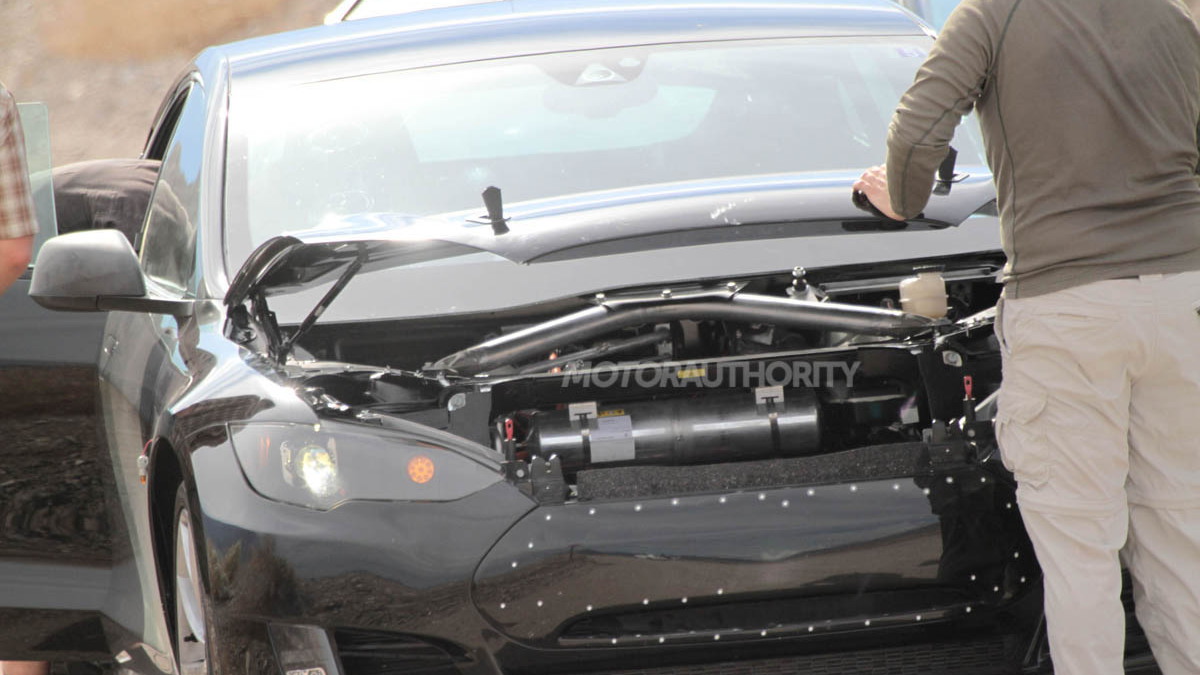 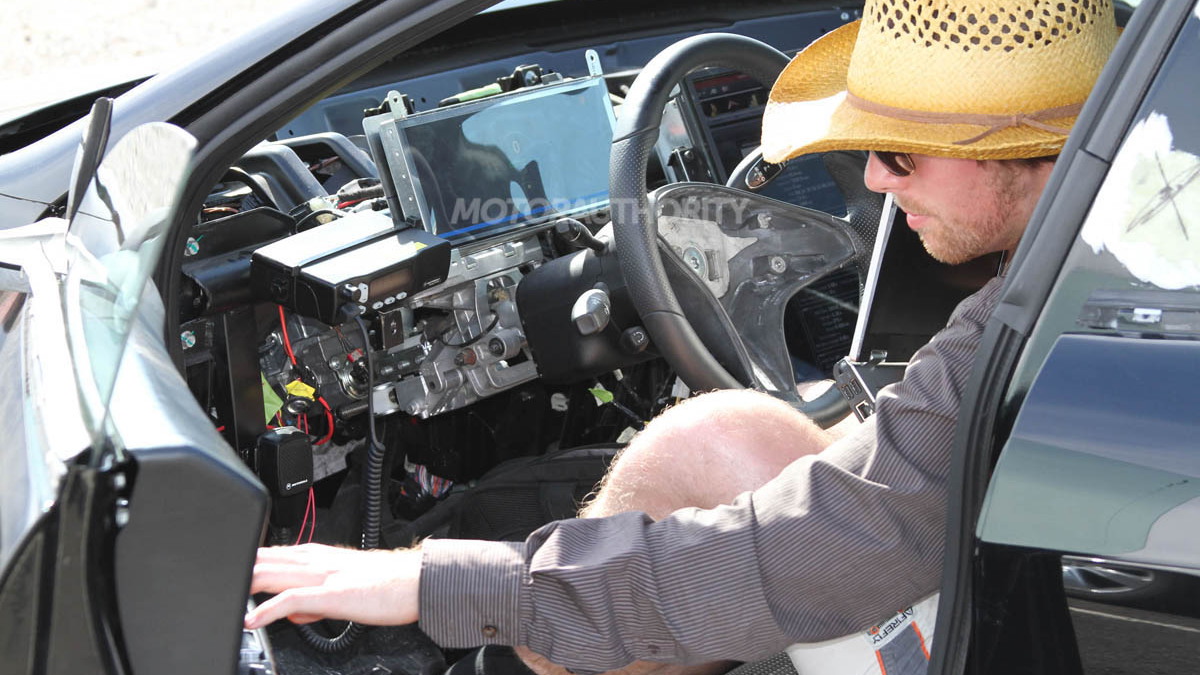 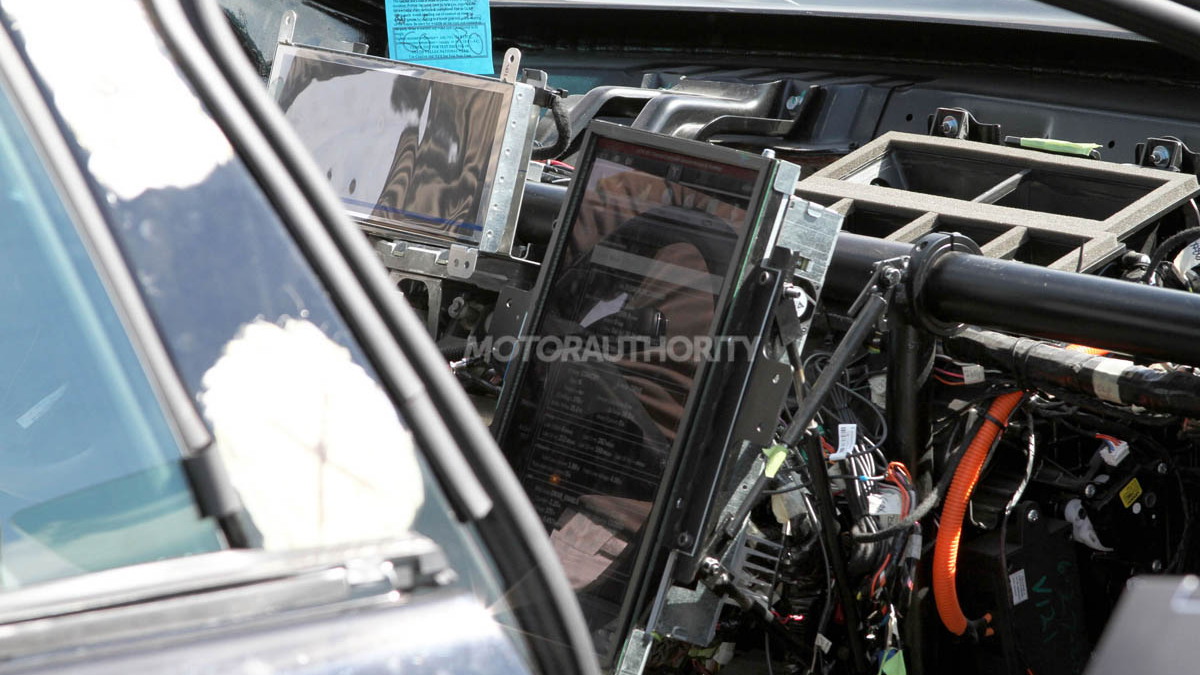 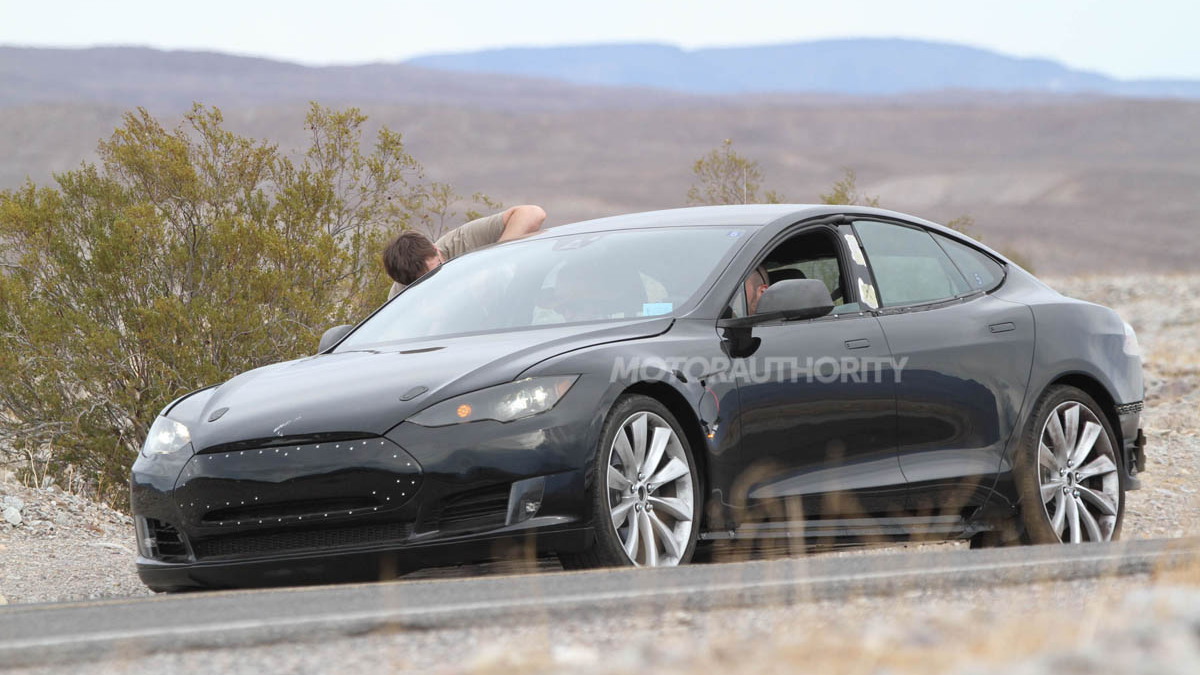 The Tesla Model S, as new cars go, is the opposite of a secret project. In fact, in the interim between the soon out-of-production Roadster and the Model S's debut next year, Tesla likely hopes we'll all keep talking about the upcoming car--they won't have anything to sell, which is an odd position for a carmaker to be in, especially a startup.

In fact, we'd argue that these spy shots, taken during hot weather testing, reflect that attitude: you can clearly see what appears to be a Tesla employee in the truck next to the car (and the trailer it presumably arrived in)--and he's not trying to shoo the spy photographer away. He's just sitting there nonchalantly.

From the photos, we can see that Tesla appears to be testing some mocked-up elements of the car's front air dam/grille arrangement, with small clear plastic bits that appear to have been added after the fact. The side sills don't even appear to be on the car as yet, exposing a bare chassis seam along the bottom of the doors. Likewise, the rear bumper is nowhere to be seen.

Inside the car, which doesn't even have a complete dash or steering wheel yet, we see much of the inner workings of the steering column and (likely lab-only) instrument display panel. The large center-stack screen appears to be up and working, but reading out some list of what are probably test parameters rather than the software we'll see in the production car.

A brief glimpse under the hood reveals some of what's going on there, too, including a truly massive strut tower-firewall chassis brace, even larger than the one seen on the body in white at the Detroit Auto Show. It looks like it ought to substantially firm up the front end, and deliver some rather impressive rigidity, which will likely help improve handling. We do wonder a bit why the Model S chassis needs such substantial bracing, however. Many modern cars do without such braces entirely, or find the braces to be of very little improvement in rigidity. We can't imagine an electric car giving up that much weight if the brace weren't necessary.

The on-road cruising shots do serve to prove the Model S has retained its elegant, elongated-coupe profile, though those short rear doors and low rear roof line don't have us lining up to get in the back of one.

For more on the 2012 Model S, check out our previous exclusive spy shots from Palo Alto, or Tesla's preview of the Alpha build (with huge gallery here).