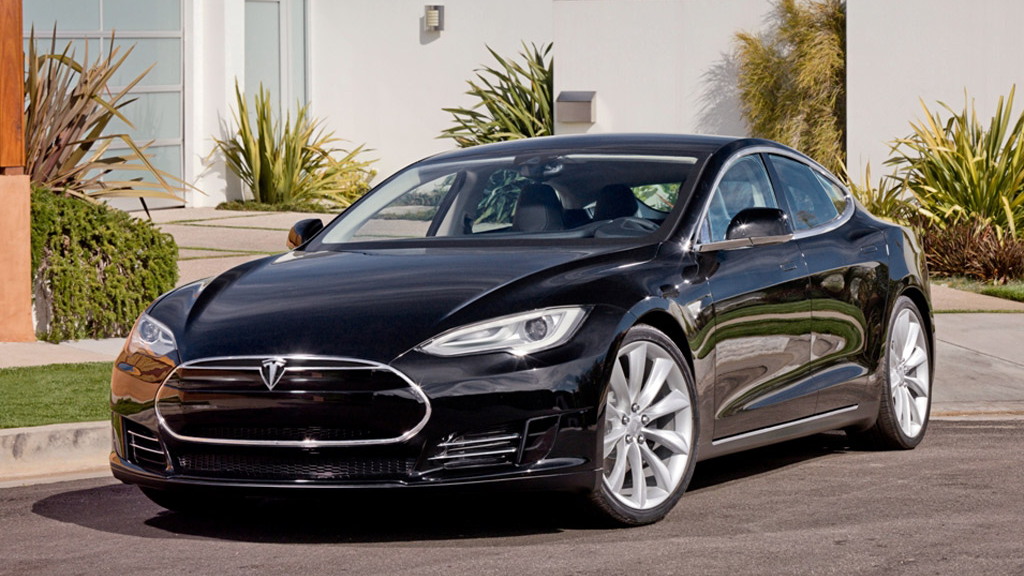 The Tesla Model S electric sedan is on track for a market debut in the middle of next year, although the production version of the car is scheduled to be revealed at the end of this year. We say production version as we’ve already seen a number of Model S sedans in the past, though all of these have been prototype ‘Alpha’ and ‘Beta’ builds.

The most recent of these is the almost production ready Tesla Model S Alpha, which we now have several new images of, giving us a good indication as to how the electric automaker’s next model will be styled.

The Model S features a handsome four-door coupe bodystyle, with plenty of influences from the Jaguar XF and even the Aston Martin Rapide apparent in the design of this stylish electric sedan. The latest images reveal a distinct front bumper design not seen on previous prototypes, as well as several new body panels that appear tauter and more sharply creased.

The first 1,000 examples of the Model S will be a special North American Model S Signature Series, featuring a 300 mile battery range, unique appearance treatments, and a full slate of optional upgrades.

For more on the topic, check out our previous post by clicking here.