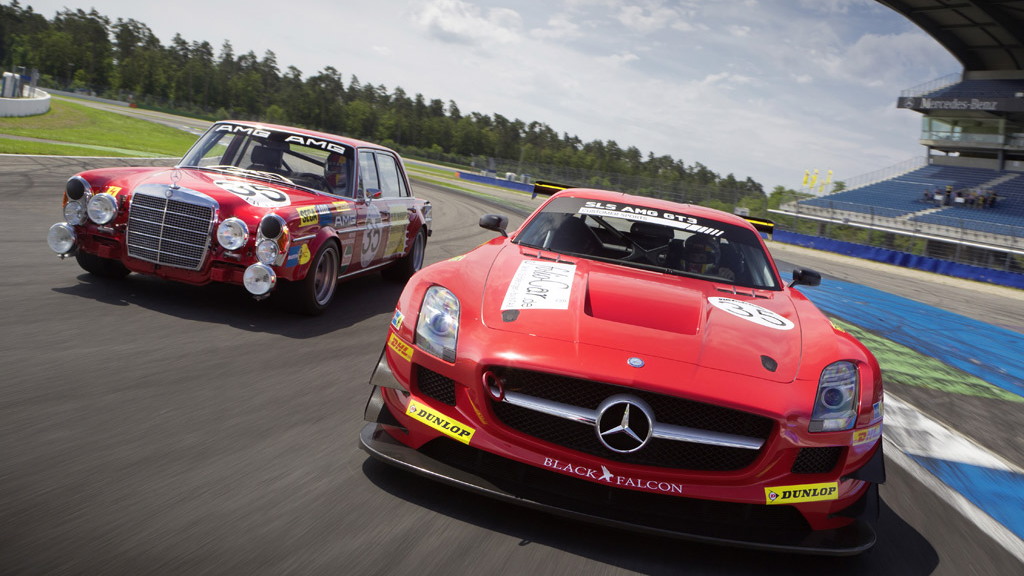 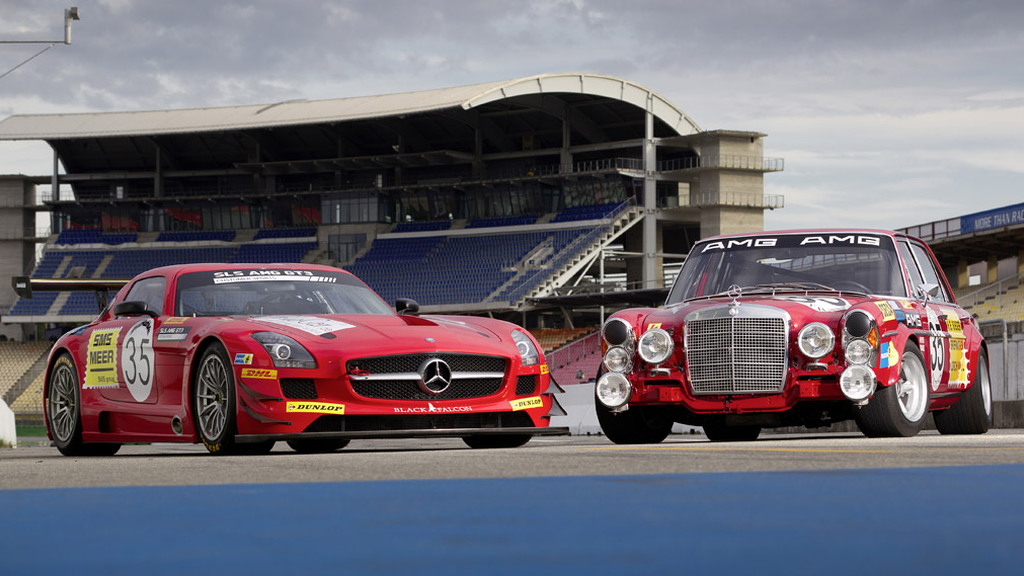 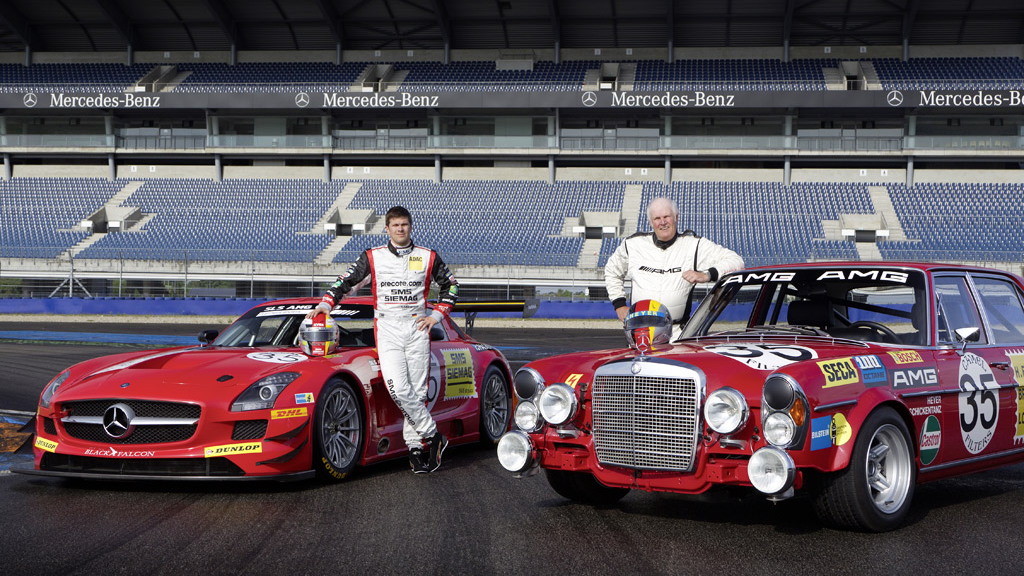 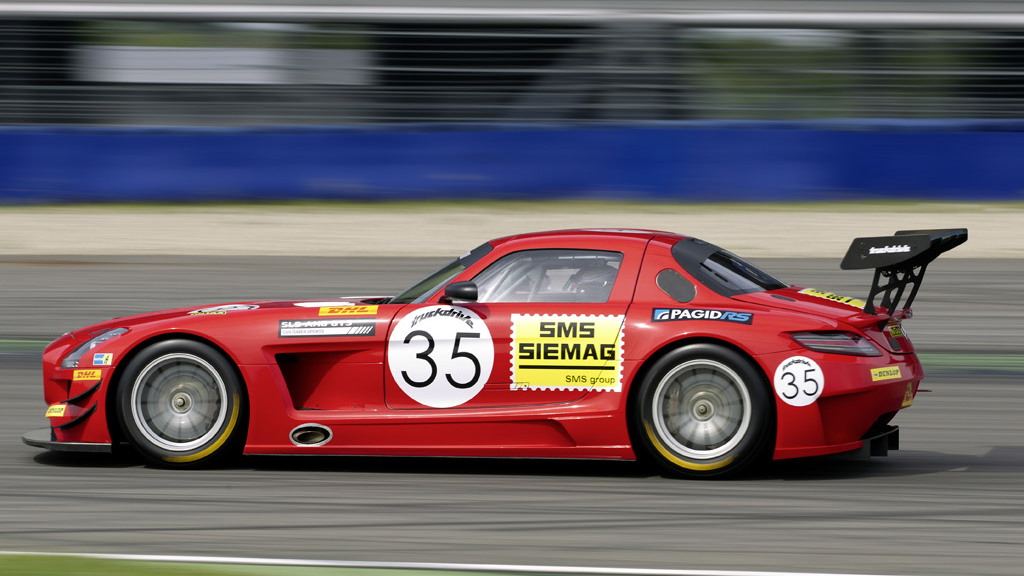 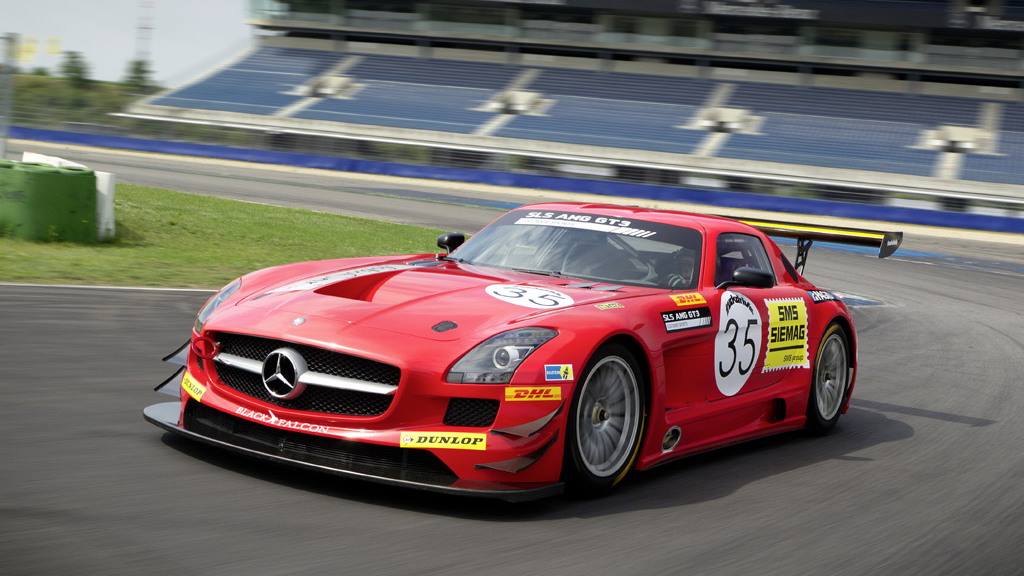 We’ve just witnessed the respective Le Mans and Nurburgring 24 hour races but this weekend we will be treated with yet another prestigious 24 hours endurance race, the Spa 24 Hours race at the Circuit de Spa-Francorchamps in Belgium.

One of the teams competing this year will be Black Falcon, which will be fielding a Mercedes-Benz SLS AMG GT3 race car. But this won’t be any ordinary SLS AMG GT3.

The gull-wing race car, numbered 35, has been given the same look as the Mercedes-Benz 300 SEL 6.8 AMG with which Hans Heyer and Clemens Schickentanz achieved a class victory and overall second place at the Spa 24 Hours race 40 years ago.

Among the drivers of the latest SLS AMG GT3 will be Kenneth Heyer, Hans Heyer's son. Kenneth Heyer has been an active racing driver since 2000, and on this 40th anniversary he is following in the footsteps of his father Hans Heyer, who achieved the original 1971 success for AMG--a win that helped put AMG on the map.

Joining Heyer in the number 35 Mercedes-Benz SLS AMG GT3 race car will be Thomas Jäger and Stéphane Lémeret. They will be joined by no less than six other teams fielding the SLS AMG GT3 in this weekend’s race.

Note, this isn’t the first time that we’ve seen a modern Mercedes dress up in the original livery of the 1971 Mercedes-Benz 300 SEL 6.8 AMG. Last year we saw the 2011 Mercedes-Benz S63 AMG sedan wearing the same livery.

Competition in this year’s Spa 24 Hours race will be tough as McLaren has just announced that three of its new MP4-12C GT3 race cars will be competing. This will be the MP4-12C’s second race, as it already competed in the British GT Championship earlier this month.