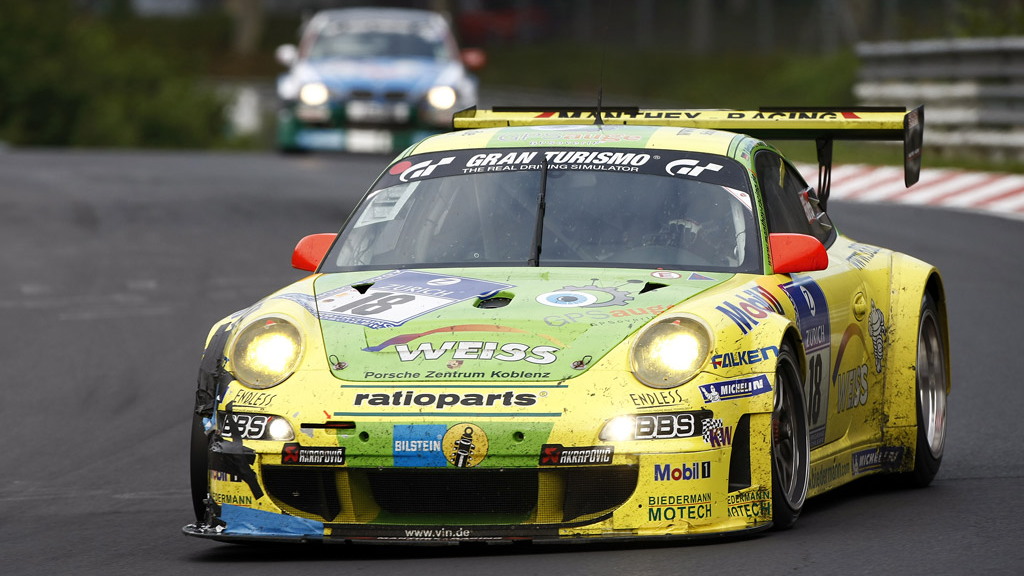 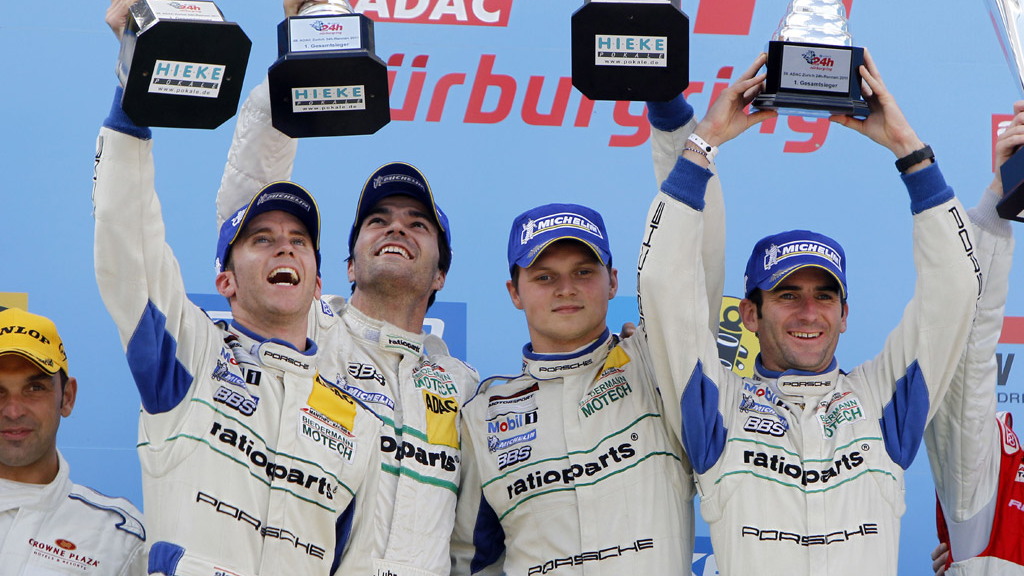 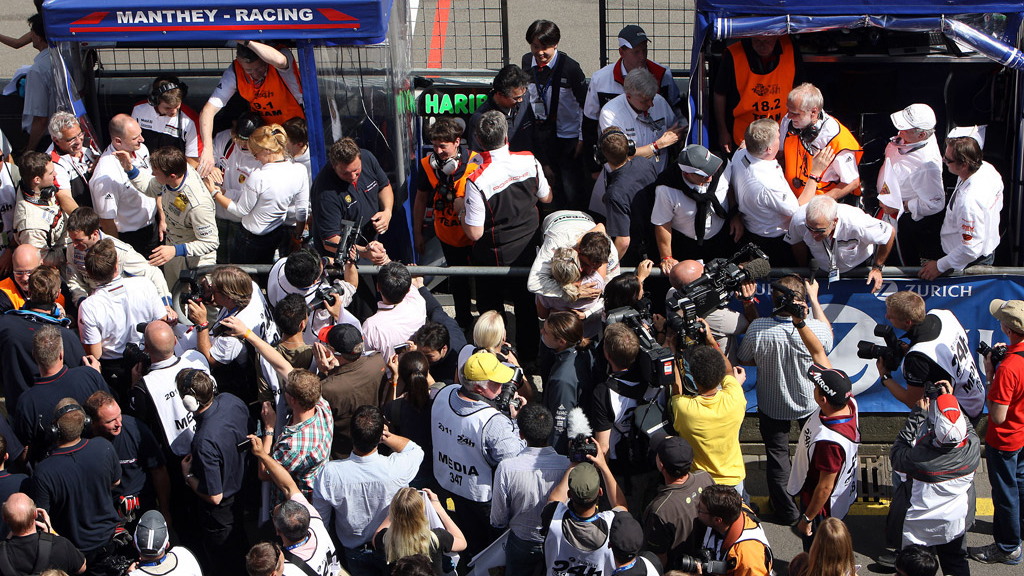 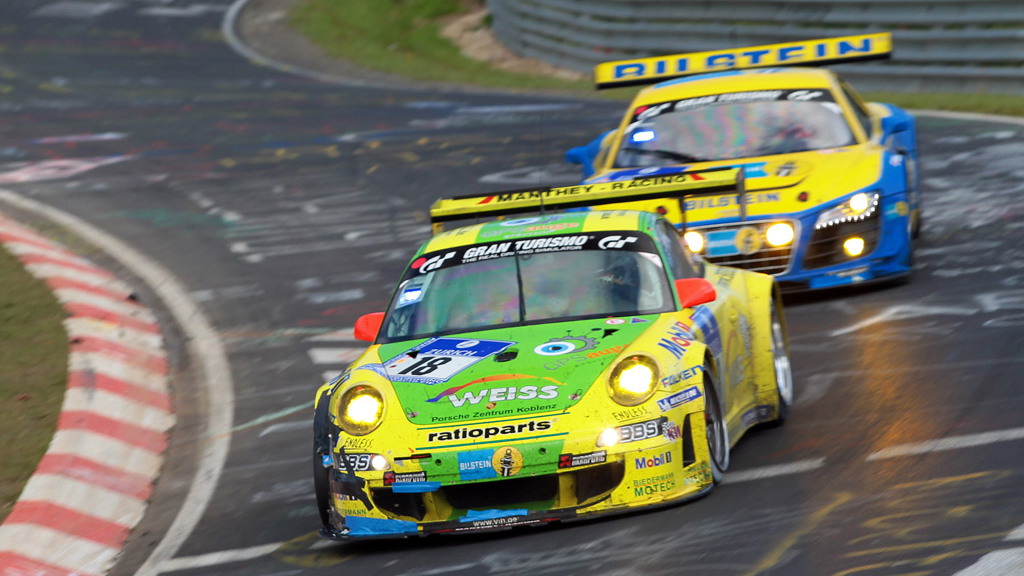 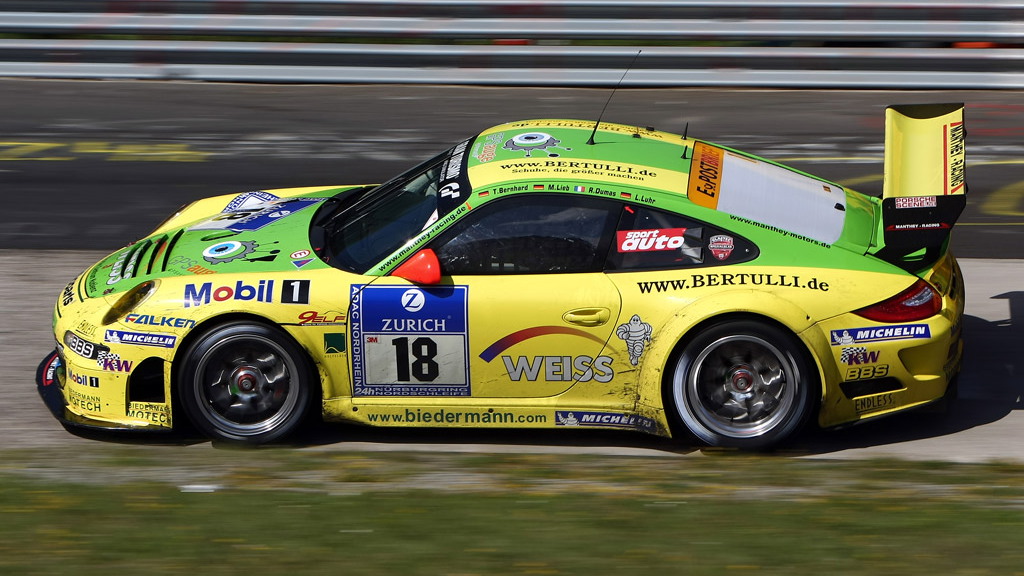 Porsche has done it again, managing to win its fifth Nurburgring 24 Hours endurance race in six years. This past weekend’s race, in particular, was one of the most exciting and dramatic 24 hour races at the Nurburgring, but in the end there could be only one clear winner: Porsche together with Porsche Team Manthey.

The team managed to snatch the lead on Saturday at 11:25pm and held on to it to the checkered flag more than 16 hours later. Additionally, a new distance record was set with a total of 156 laps and some 2,460 miles covered in the 24 hour race period.

The orange and white Porsche 911 GT3 R Hybrid also gave an impressive performance, though it only managed to finish in 28th position thanks partially to a damaged flange and later, a nudge from another driver that sent the car into a spin.

Below is a list of the top ten placings for the 2011 Nurburgring 24 Hours endurance race: