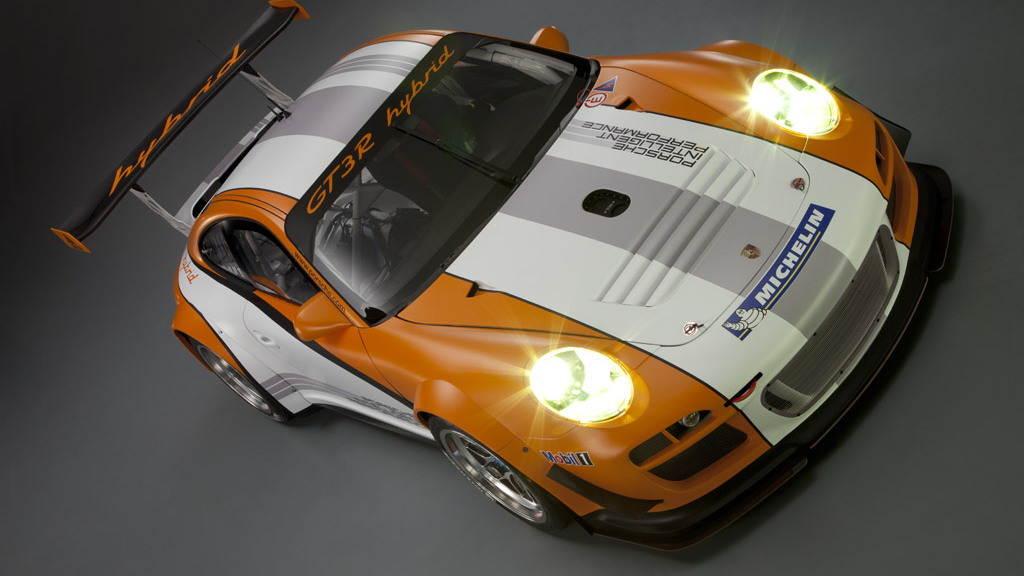 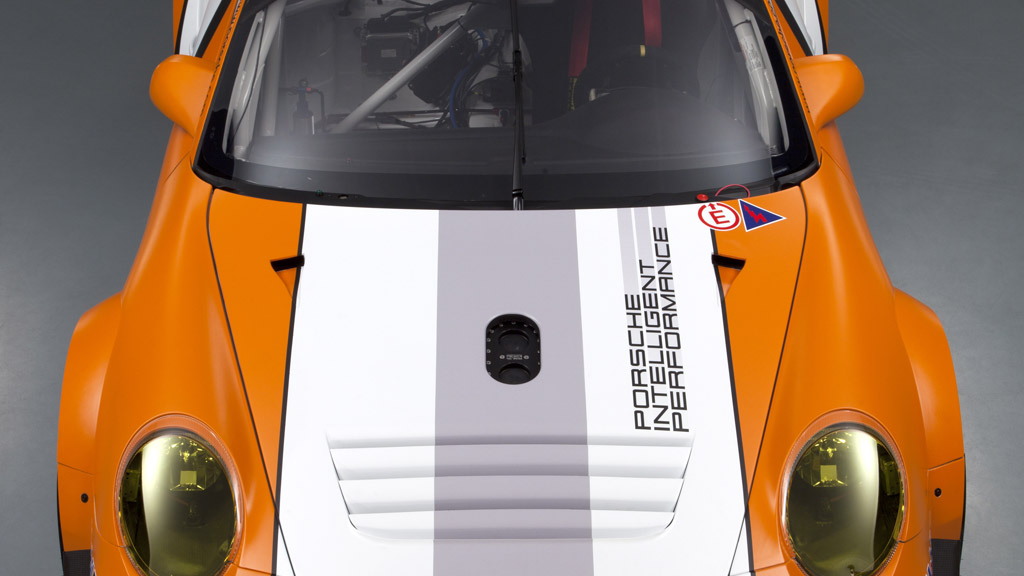 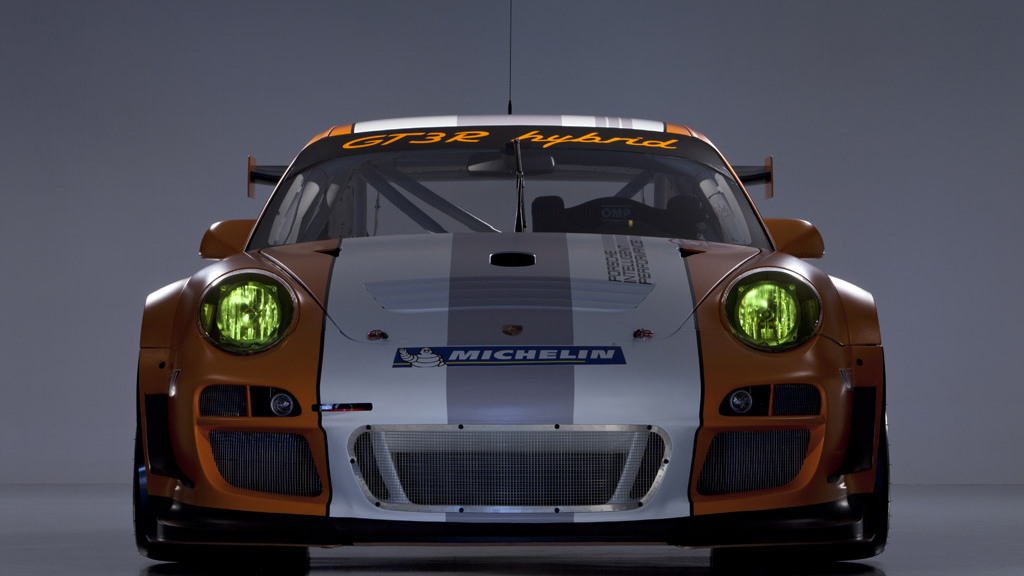 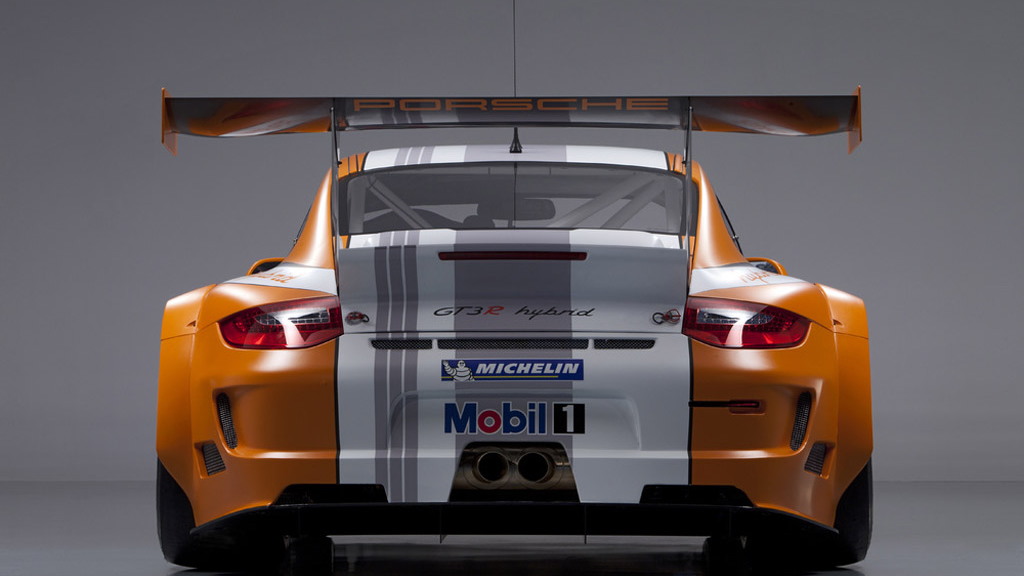 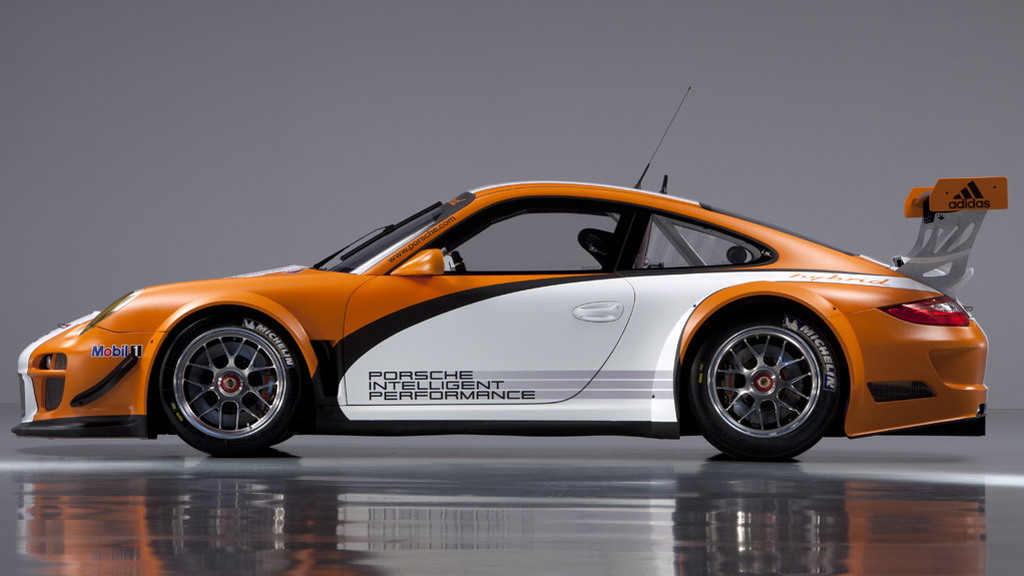 Almost exactly one year ago Porsche took the wraps off an advanced hybrid race version of its 911 GT3, which the automaker entered in the 2010 Nurburgring 24 Hours endurance race. Despite hybrid technology being a relatively new field for the sports car company from Stuttgart, the original Porsche 911 GT3 R Hybrid was in the lead--for its class--during most of last year’s race but eventually had to retire due to technical problems.

Now, just a couple of months out from the 2011 race at the 'Green Hell', Porsche has taken the wraps off an updated version of its hybrid race car, the aptly named 911 GT3 R Hybrid 2.0.

Priority of the new car’s development was given to the improvement of efficiency through the targeted optimization of hybrid components, which also resulted in a 20 percent weight reduction. Version 2.0 of the 911 GT3 R Hybrid is intended to achieve the same lap times as its predecessor but with even less fuel consumption.

The general layout of the hybrid was adopted from the 2010 model. A portal axle with two electric motors drives the front wheels and supplements a four-liter engine driving the rear. This engine is rated at around 470 horsepower, while the output of each electric motor now stands at about 100 horsepower.

For seconds at a time, the driver now has an additional 200 horsepower at their disposal with the 911 GT3 R Hybrid 2.0. Depending on the programming, this power is automatically activated through use of the throttle pedal. Moreover, pilots can manually call up this extra power, for instance when overtaking or powering out of a corner.

An electric flywheel accumulator remains, with its rotor spinning up to 40,000 rpm and storing energy mechanically as rotational energy. It is now housed with the other hybrid components in a carbon fiber safety cell on the passenger’s side.

Visually differentiating the new car from last year’s version is the lack of large louvres in front of the rear fenders, which are no longer necessary with the new hybrid technology. This reduces drag and also lowers fuel consumption. All in all, the weight of the vehicle decreased from 2,976 pounds to 2,866 pounds.

The cockpit of the 911 GT3 R Hybrid 2.0 has also been completely revised. Most of the displays and controls have moved to the steering wheel. Drivers can operate the rest of the functions via backlit buttons now situated on the center console.

The dates for the 39th running of the Nurburgring 24 Hours endurance race are the weekend spanning June 23-26.