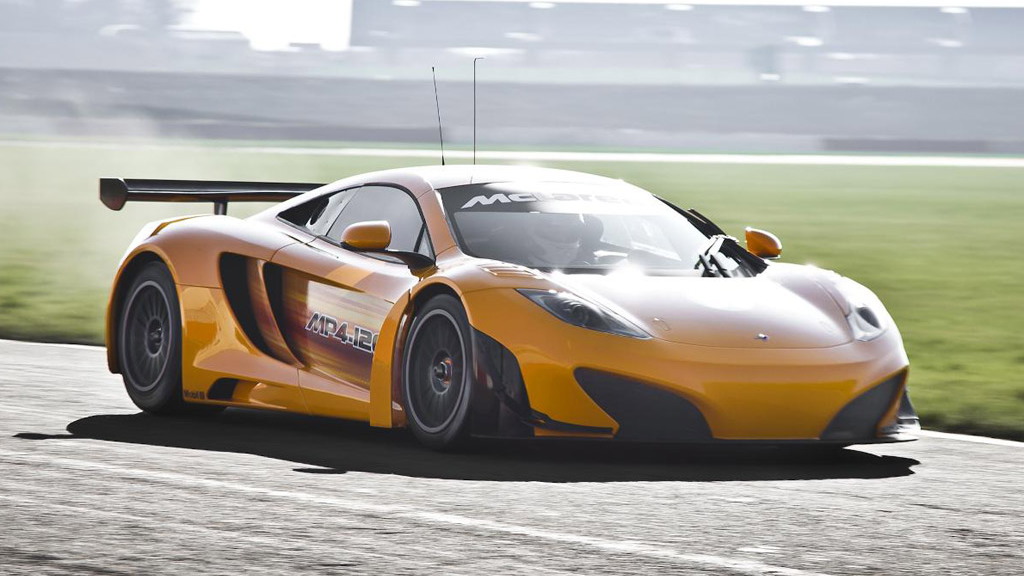 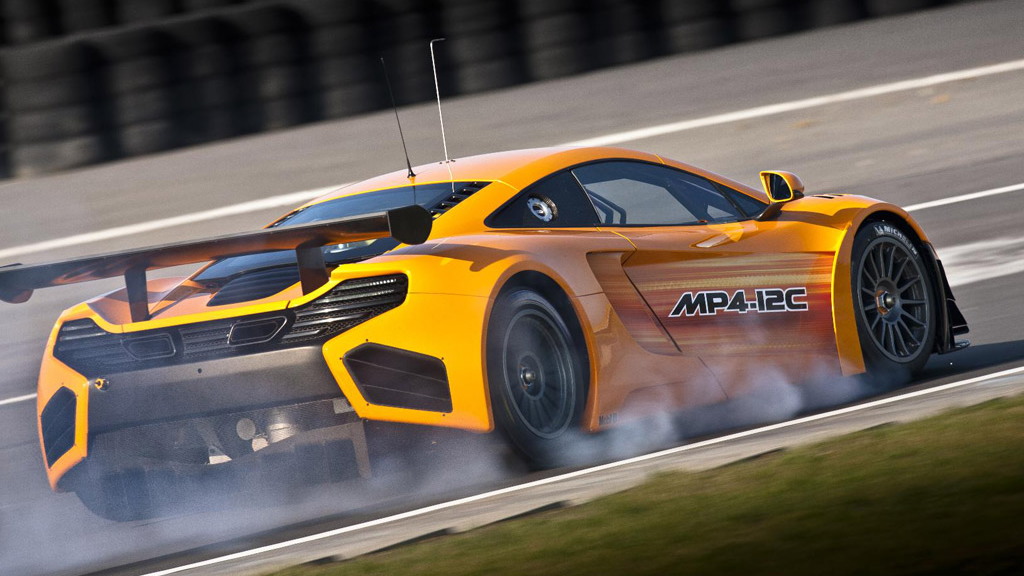 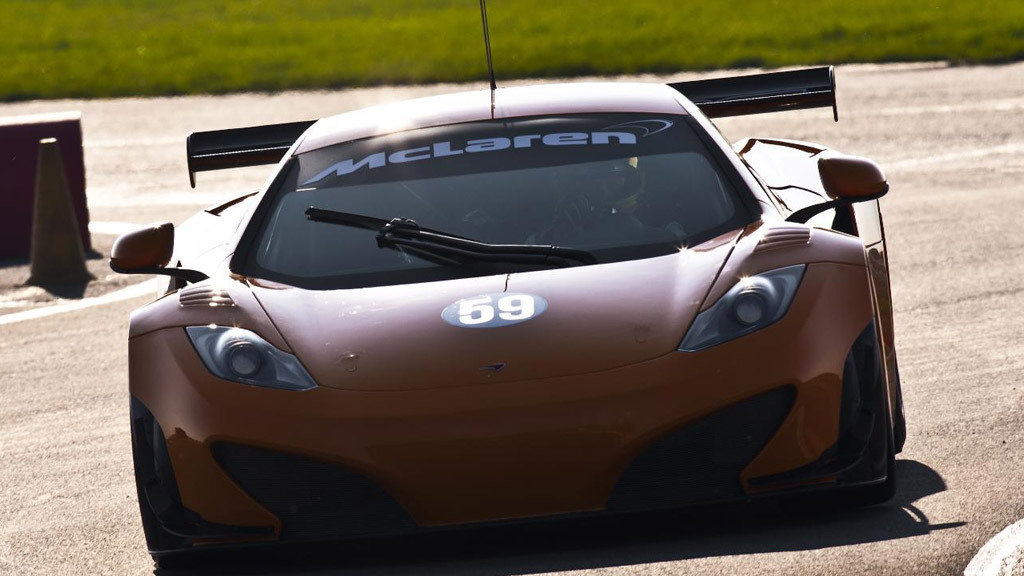 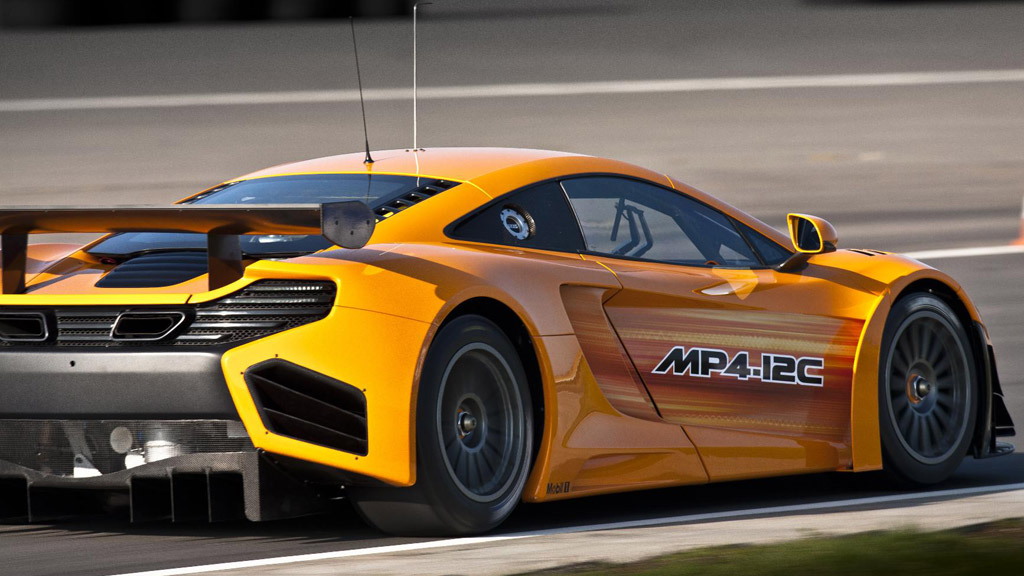 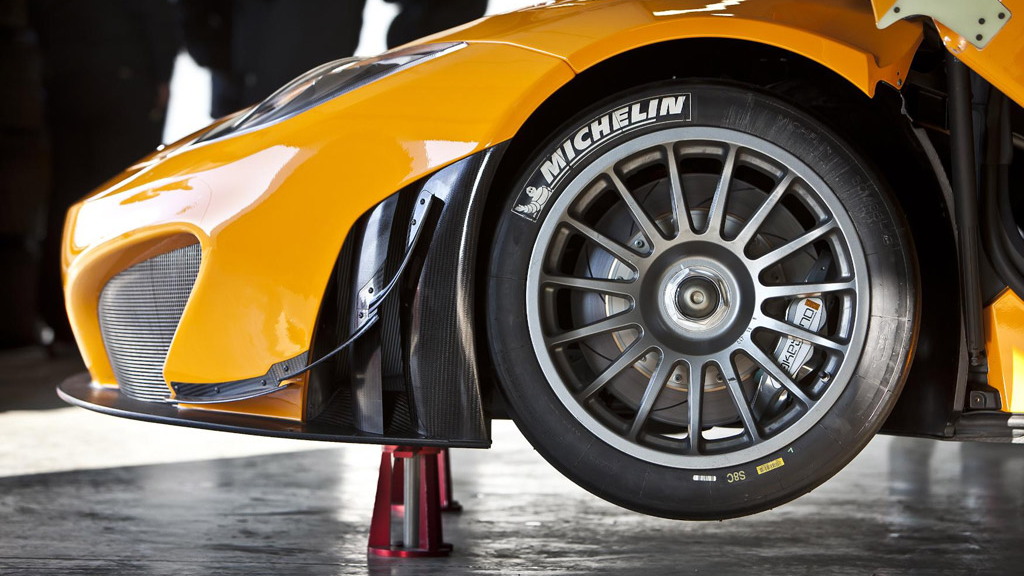 13
photos
A new racing version of the McLaren MP4-12C supercar has been unveiled today, the brand new McLaren MP4-12C GT3, which has successfully completed its debut tests at the famous Silverstone circuit in the UK.

The initial shakedown tests undertaken with the MP4-12C GT3, whereby new components are calibrated and aerodynamic body structures are tested for the first time, will be followed by comprehensive tests scheduled throughout March and April at a number of FIA certified circuits across Europe.

News on the development program, full driver line-up and planned competition for the 12C GT3 will be confirmed after these tests are completed.

As for the race car itself, the same 3.8-liter twin turbo V-8 as in the production car is used but tuned to race specification. A bespoke paddle-shift system operating an all-new Ricardo-designed gearbox developed specifically for racing has also been fitted. This system eschews the seven-speed SSG dual-clutch Graziano transmission supplied in the standard model.

The MP4-12C GT3 is also around 100 mm wider than the standard production car and features a new suspension system, which was tested in the same McLaren simulator as the company’s F1 cars.

New electrical architecture is also used, as well as a custom Bosch ABS system and Akebono brakes. A new aerodynamics package has been developed in compliance with GT3 regulations, incorporating a new front splitter, door blade, rear wing, diffuser and louvres in the front fenders.

One important note; the MP4-12C GT3 does not feature the road-going MP4-12C’s ‘ProActive’ chassis control system, which negates the need of an anti-roll bar. Instead, the MP4-12C GT3 will use a configuration comprising race-specific roll bars and dampers.

Along with the reveal of the new race car, the establishment of McLaren GT was also announced. McLaren GT is a new company that brings together the expertise of the McLaren Group and CRS Racing and will be responsible for building and further refining the MP4-12C GT3 race cars. The company’s chief test driver was also announced today, 26-year-old Portuguese racing driver Álvaro Parente.

For full details on the production McLaren MP4-12C, click here, and for our mega-gallery of the car, click here.