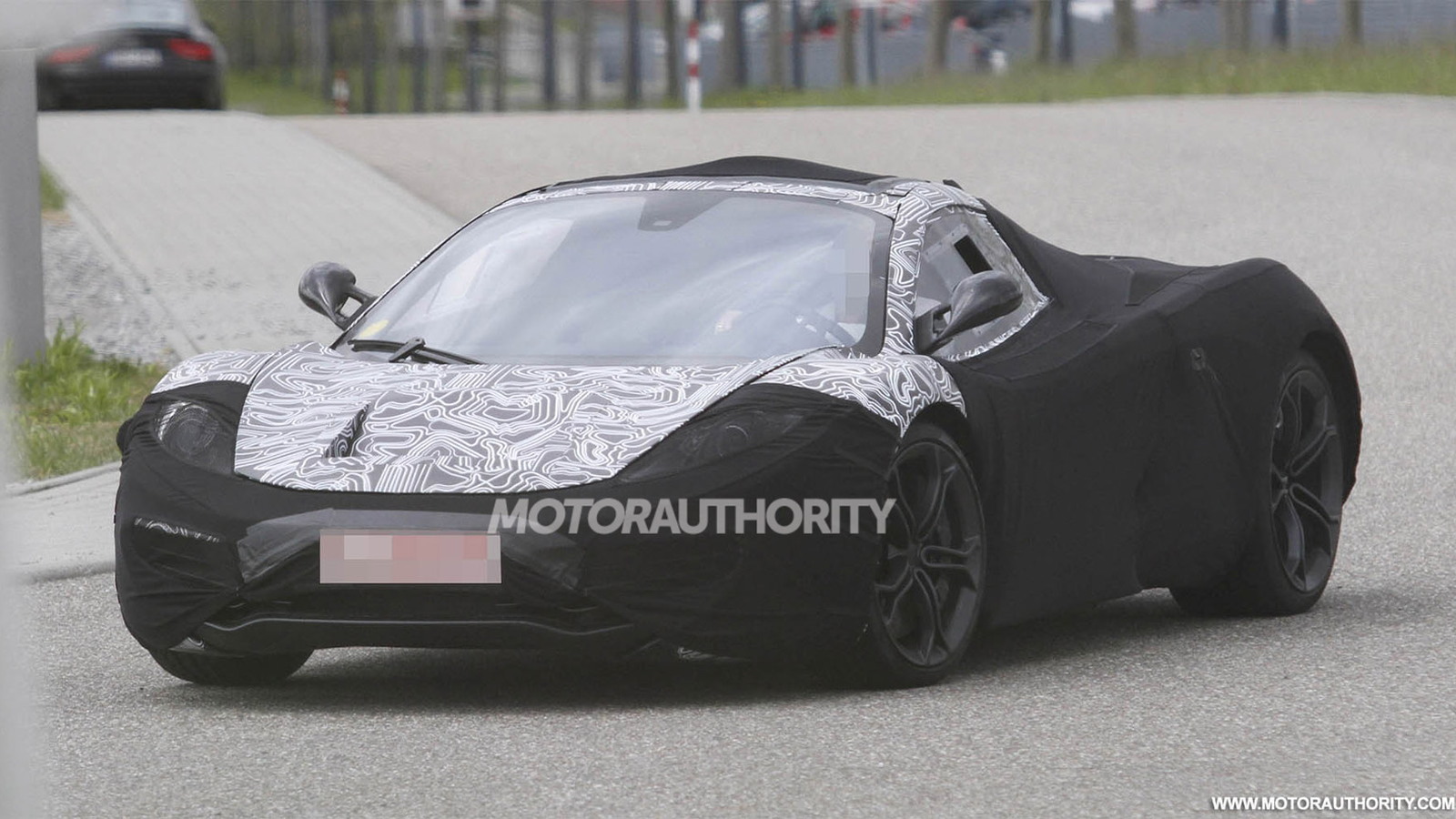 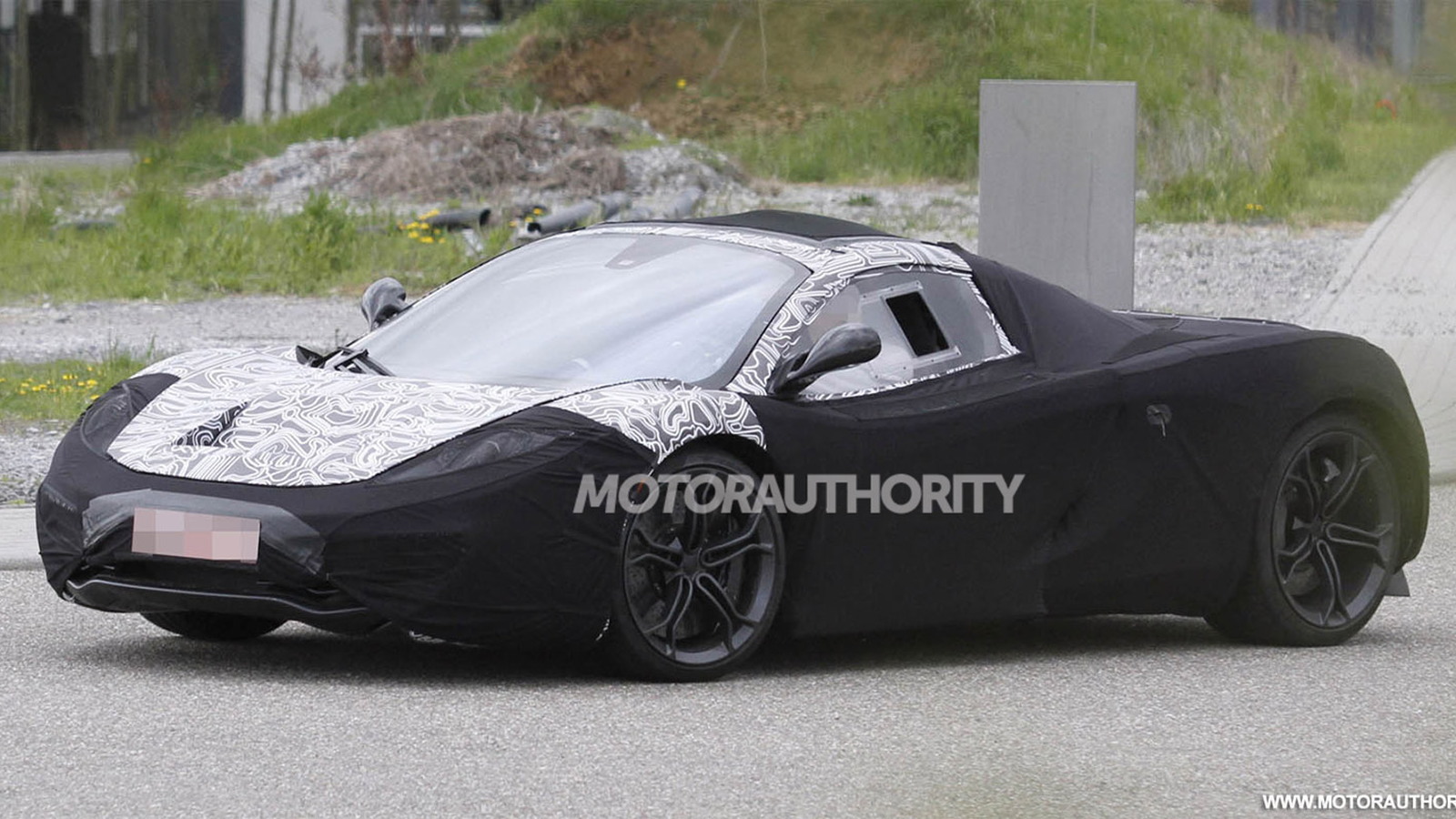 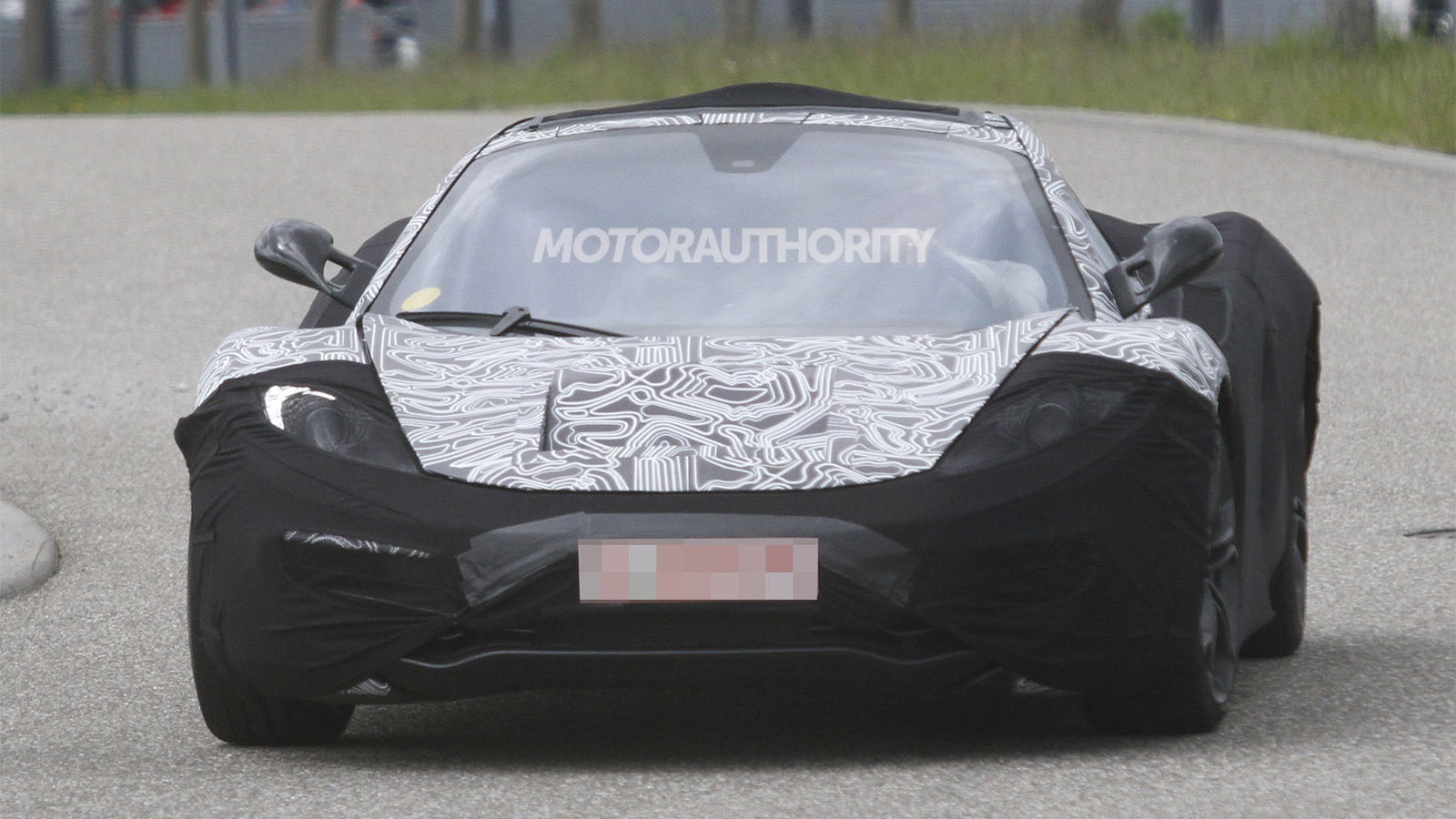 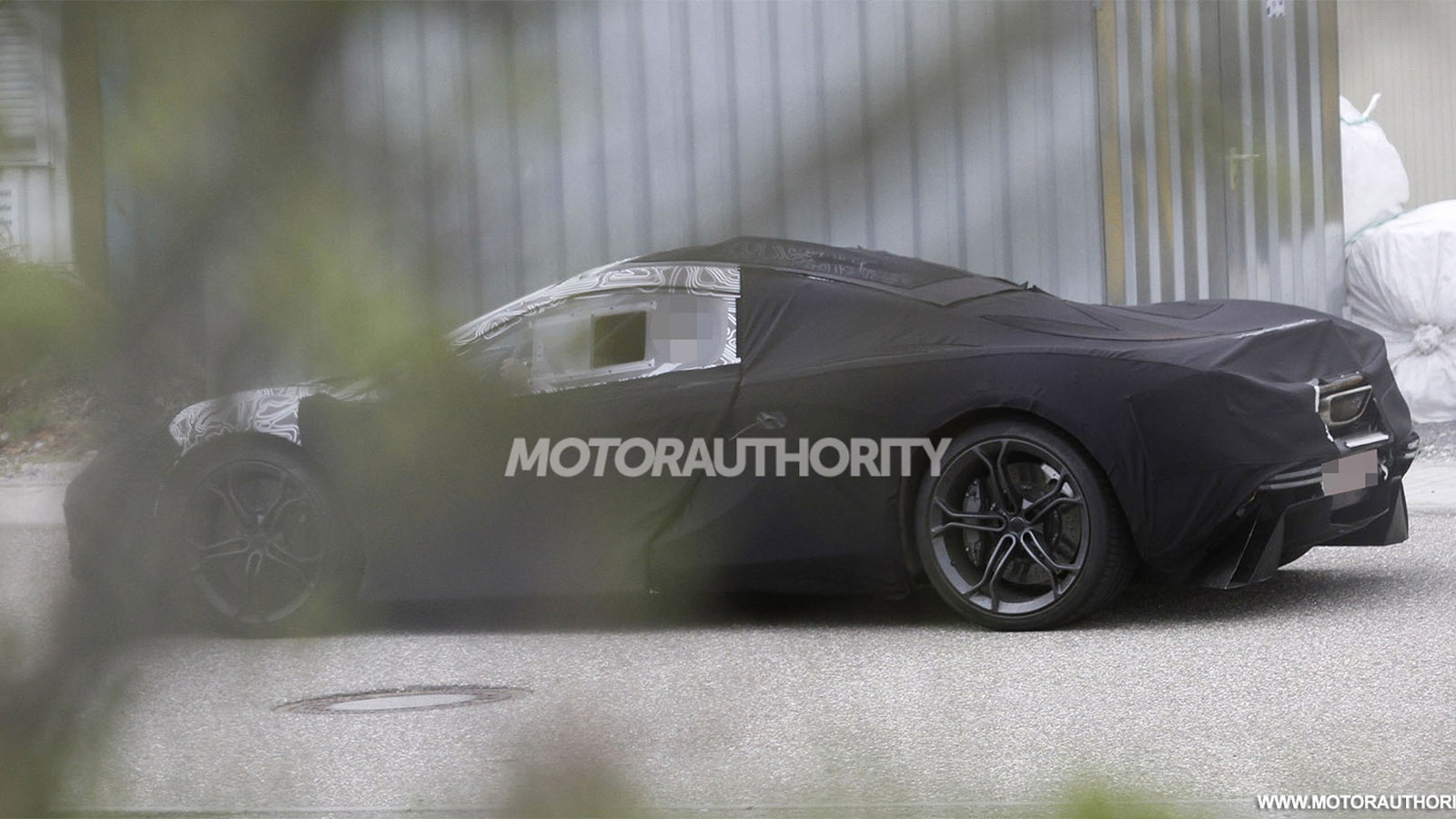 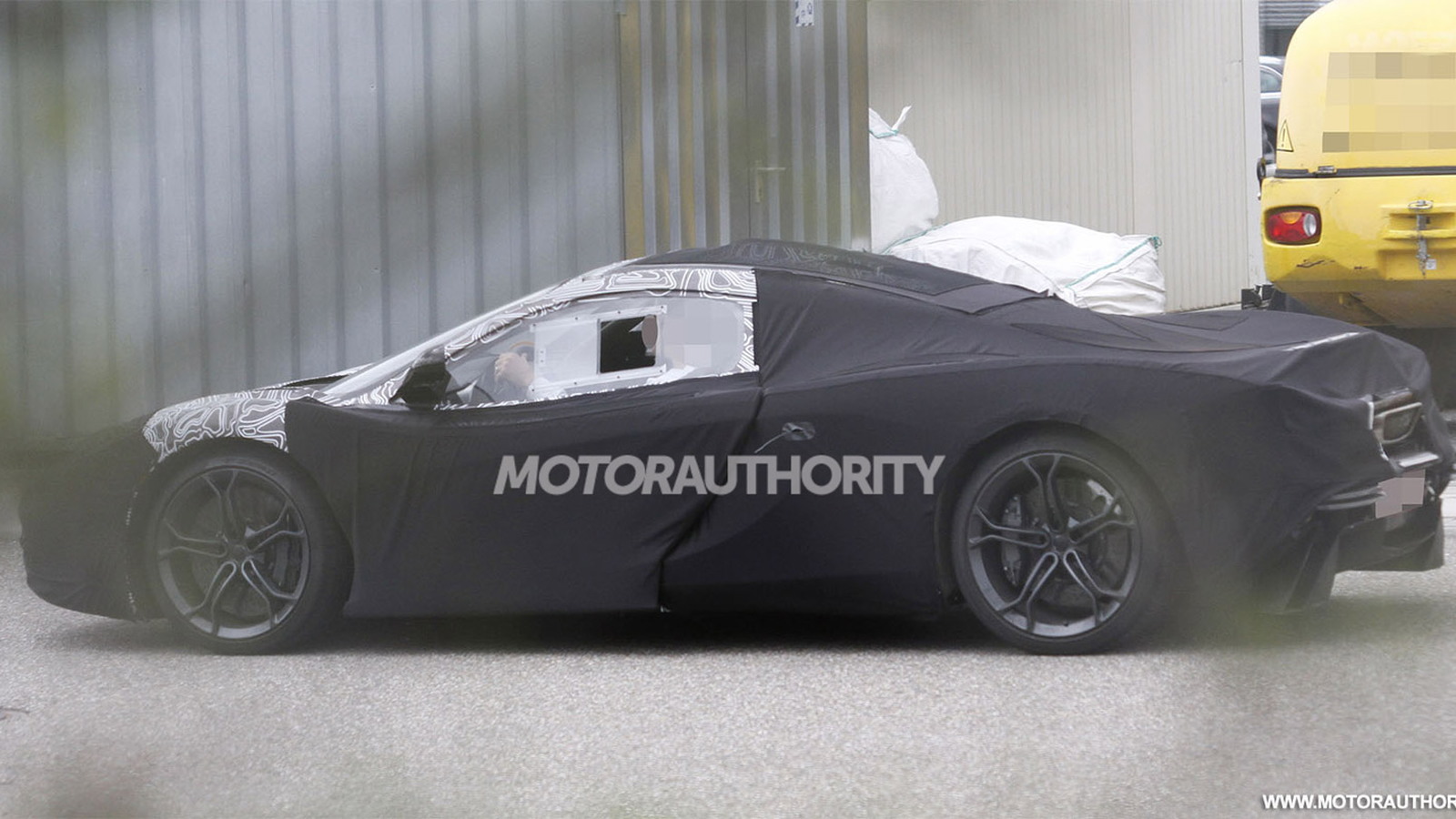 11
photos
A day after bringing you spy shots of Ferrari’s replacement for the Enzo supercar, McLaren’s successor to the legendary F1 has now been spotted by one of our stealthy spy photographers. This is a very early prototype for the new car, which carries the code-name P12.

It reveals a number of elements that are likely to appear on the final version set to be unveiled later this year, though most of the details remain masked under heavy camouflage gear. First and foremost, the P12 is significantly wider and longer than the MP4-12C with which it shares a platform, but it sits much lower.

And while the carbon fiber monocoque of the MP4-12C, dubbed the MonoCell (pictured below), will be shared with the P12, changes will be made to improve the stiffness and rigidity. Increased use of advanced materials will also feature in the P12’s construction to help reduce weight, including more titanium and magnesium as well as the requisite carbon fiber.

One thing that won’t be changing, sadly, is the two-seater configuration, which means there won’t be the unique 1+2 seating arrangement seen in the F1 supercar.

For the powertrain, McLaren will be installing an advanced hybrid setup based around the MP4-12C’s twin-turbocharged 3.8-liter V-8 and featuring a Formula 1-inspired Kinetic Energy Recovery System (KERS). Not much is known about the system although it is expected to feature an energy-boost button and combined output of around 800 horsepower or more.

McLaren’s KERS will most likely be similar to Ferrari’s, which uses recovered brake energy to charge a battery that then powers an electric motor used to aid acceleration. Like in F1 racing, the system should be able to optimize the car’s longitudinal and lateral dynamic characteristics, namely torque management, traction control and brake distribution, to the benefit of improved handling.

In terms of styling, some of the details revealed by the prototype include a high-mounted, central exhaust pipe, a roof-mounted air intake, an aggressive aerodynamic package similar to that seen on the MP4-12C GT3 race car, and an air channel running through the hood. The MP4-12C-style headlights are likely to be temporary units used for testing.

Pricing for the P12 is expected to top the $950,000 mark, making it near enough a million dollars. That's a steep price, to be sure, but with a design reputed to be truly futuristic, a largely carbon fiber structure, and McLaren's famous performance and dynamics, it's sure to be one of the most incredible performance cars the world has yet seen. Depending on demand, production numbers are expected to lie somewhere between 300 and 500 units.